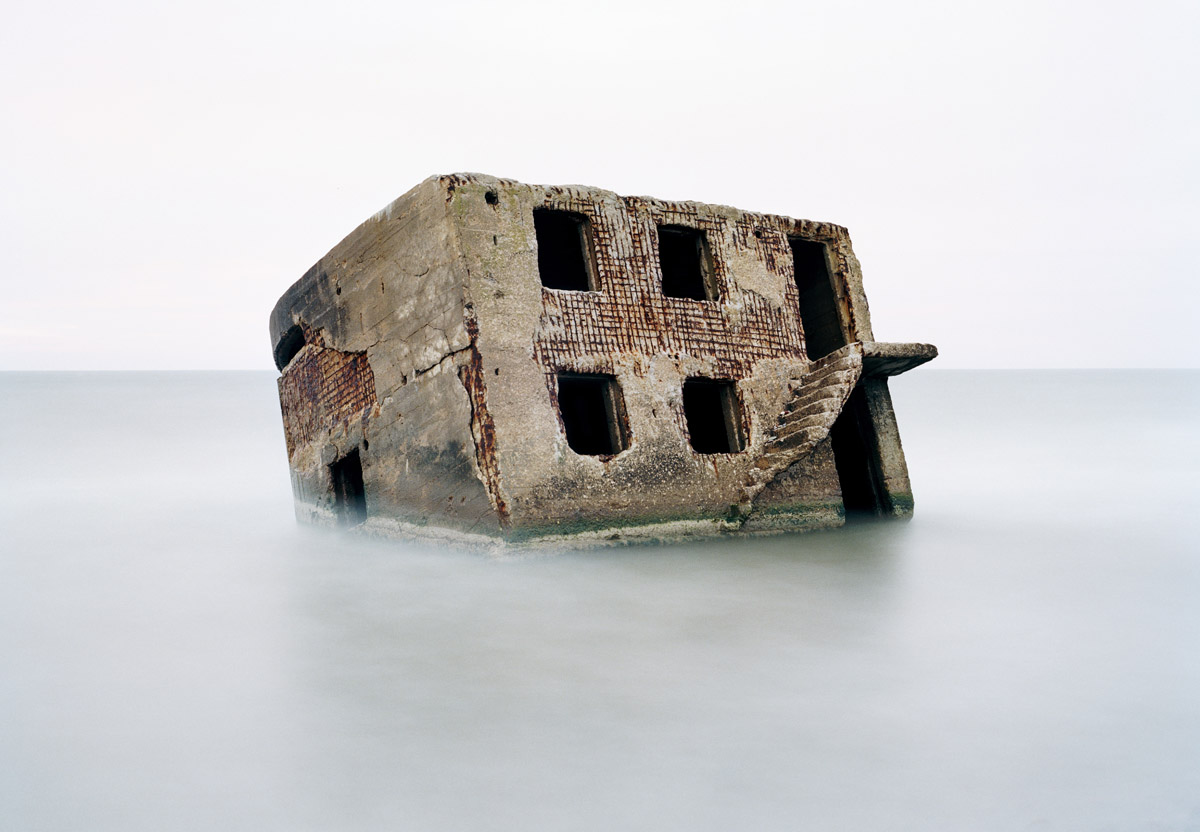 Bunker in the Baltic Sea, near the former Soviet naval base of Liepāja, Latvia, 2002. © Martin Roemers 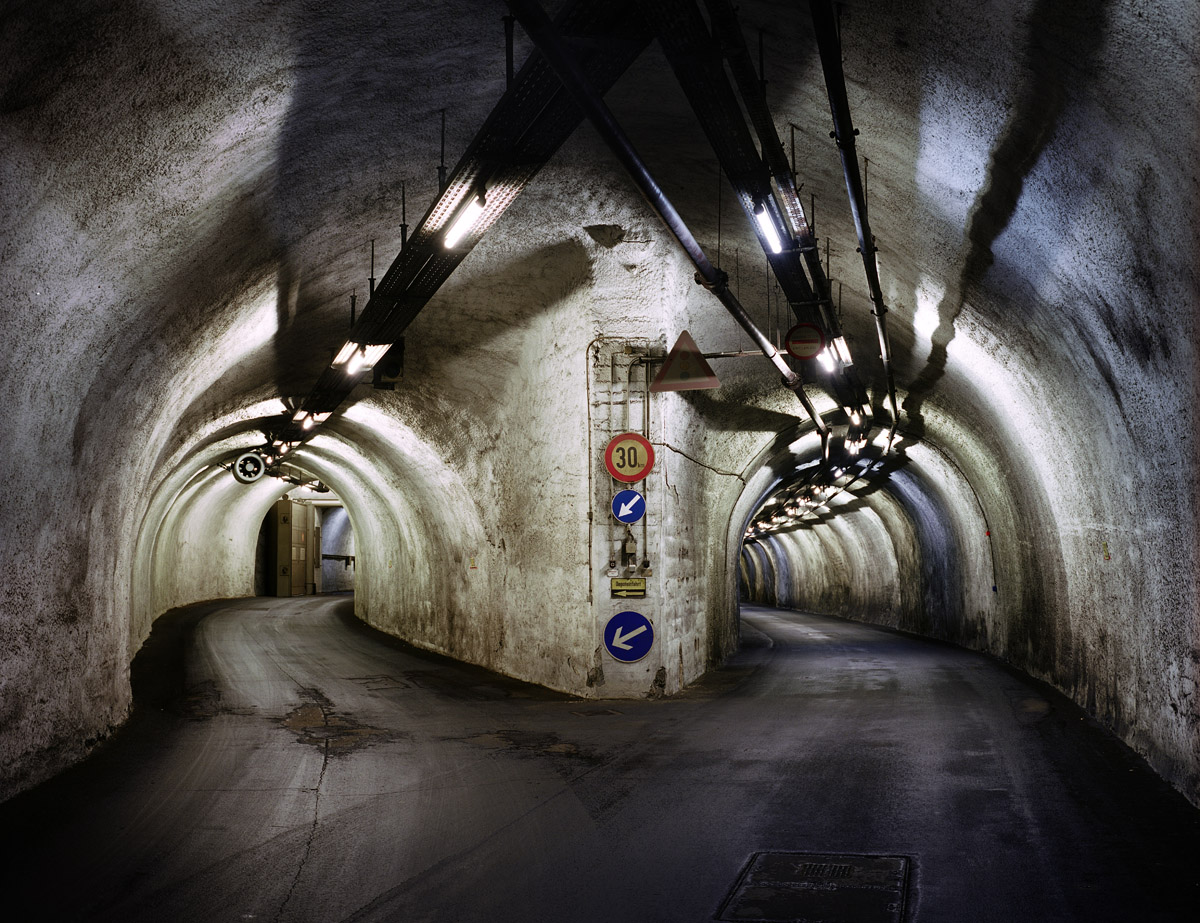 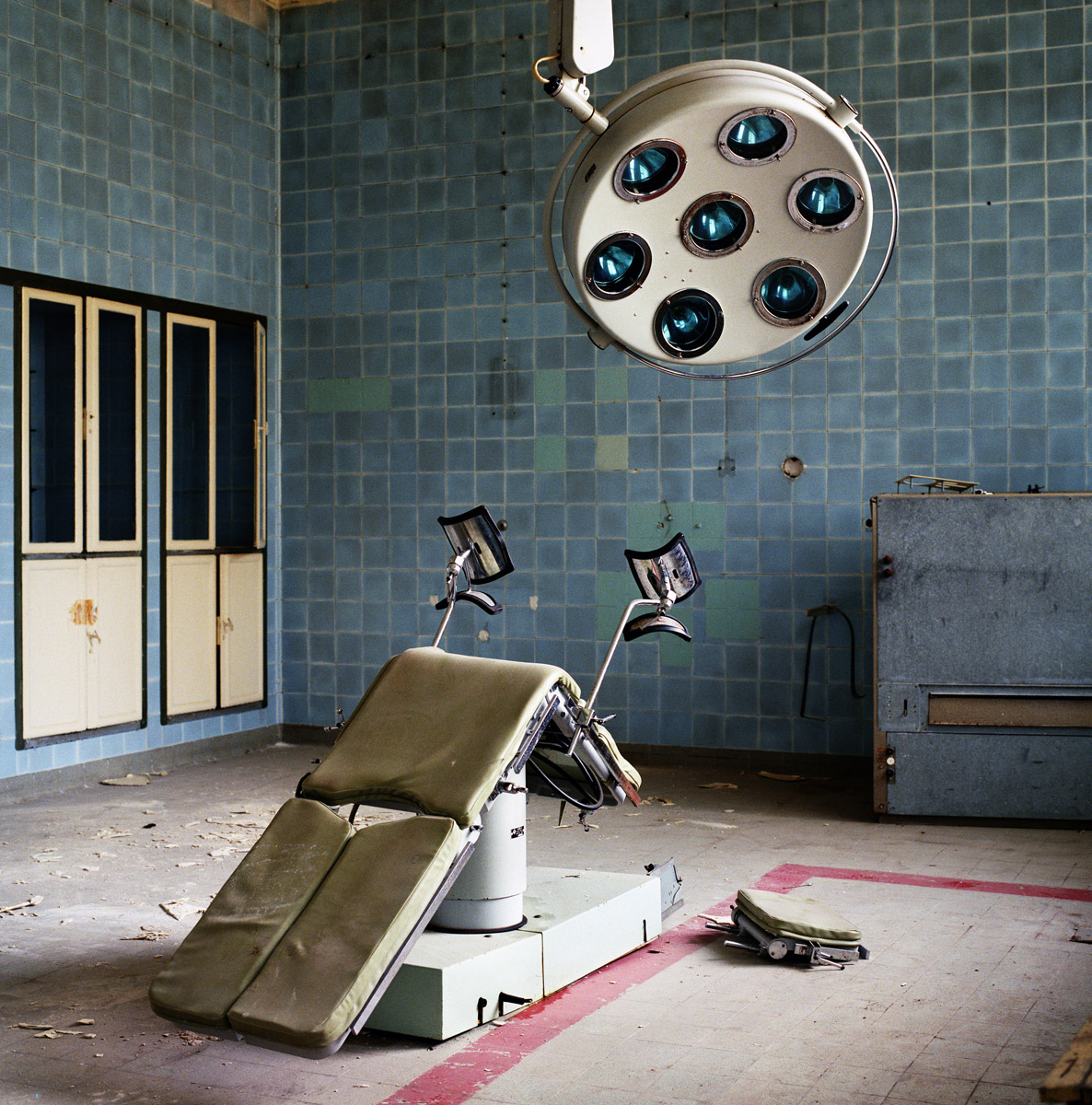 Military barracks, atomic-bomb shelters, air force bases, storage spaces for nuclear weapons, army graveyards, abandoned training grounds, underground tunnels, decaying control centers, rusty tanks, fallen statues and other dilapidated monuments. Dutch photographer Martin Roemers spent 10 years traveling on both sides of the former Iron Curtain to document the architectural and structural remains of the Cold War. The quest for relics of a war that lasted 40 years but never turned into an armed conflict brought him to Russia, Poland, the Czech Republic, Ukraine, Latvia and Lithuania but also to Great Britain, the Netherlands and Belgium, and of course to both parts of the once-divided Germany.

Some of the images the photographer took all over the continent are currently on view at the Deutsches Historisches Museum in Berlin.

Roemers grew up during the Cold War, a time when the Soviets and the Americans had missiles that could reach and obliterate their target anywhere in the world within 30 seconds. He wanted to document the remnants of the crisis that served as a background to his youth. With the photos, Roemers also wanted to create a kind of memorial to the war. After a real war, a commemoration culture develops, he told DW. The veterans and victims have their ceremonies and monuments are built. But the Cold War never became a real war, at least not in Europe, so there are not many physical reminders, let alone a commemoration culture. 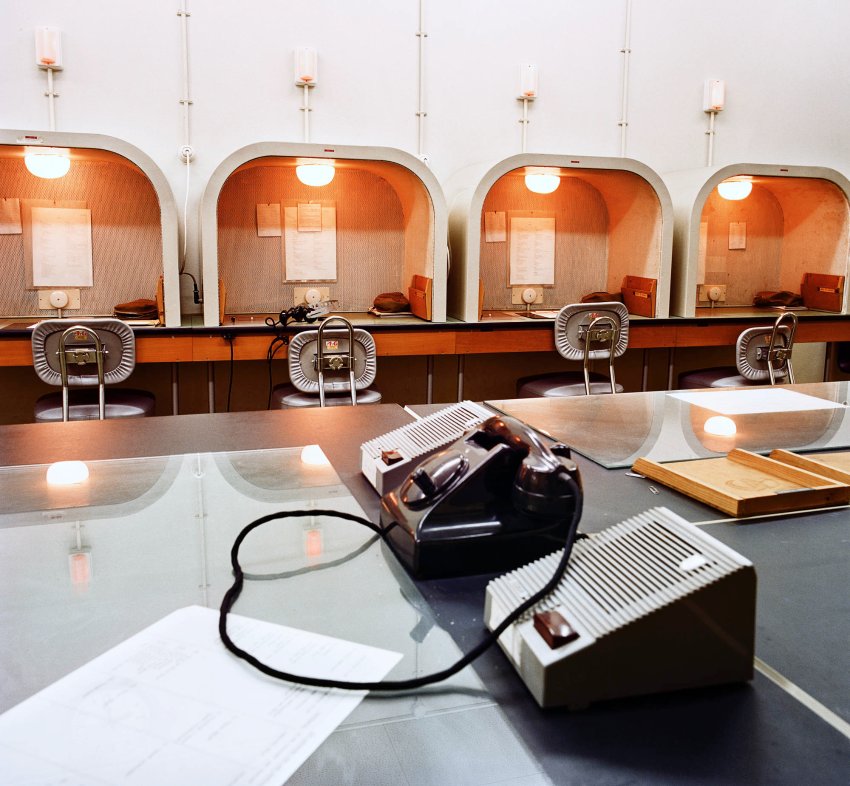 Radioroom of the Dutch civil defense organization in a nuclear shelter, Grouw, The Netherlands. 2001. © Martin Roemers 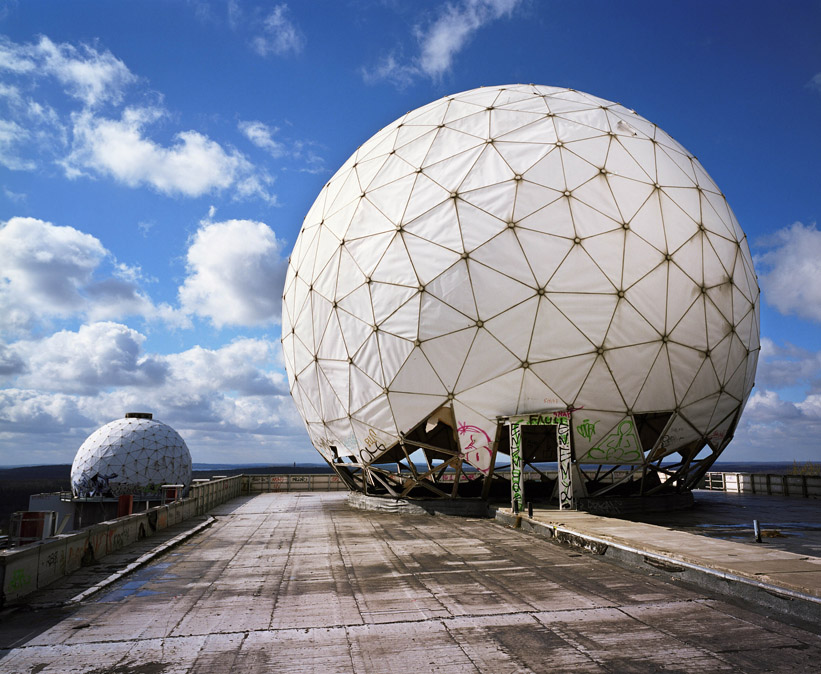 The exhibition underlines that the Cold War was both a confrontation between two systems and a system in itself: one that has left remains of army bases, bunkers and other infrastructures that look fairly similar on both sides of the Iron Curtain. They built the same defense structures out of the same fears, he added.

As Bernd Greiner, Director of the Berlin Center for Cold War Studies, there is an important element we tend forget when we talk of the Cold War in Europe or the USA: the same period saw ‘hot wars’ raging other parts of the world (in Korea, Vietnam, etc.) and the US and the Soviets as well as their respective allies intervened in these conflicts and left traces that still linger: environmental pollution, economic damages, health problems suffered by local populations, landmines, etc. 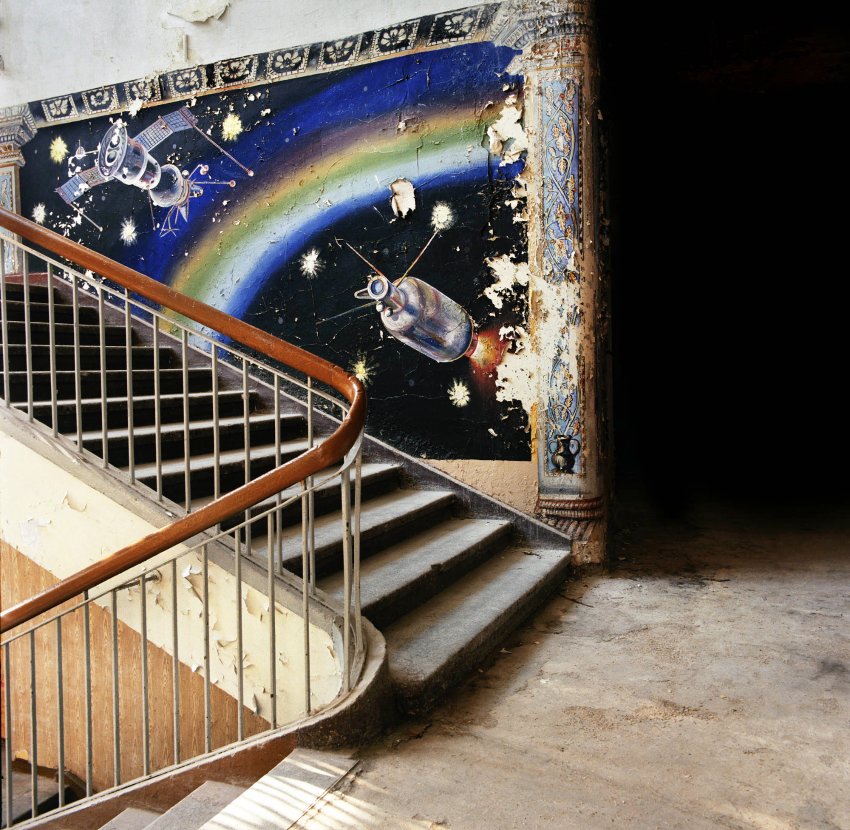 Germany East, Altes Lager Mural of a Soviet Soyuz (left) and an American Apollo spacecraft in the former pilot school of a Soviet air force base. The Russian-American Apollo-Soyuz Test was the first joint flight of the U.S. and Soviet space programs in 1975. The project was seen as a symbol of the policy of detente between the two superpowers. © Martin Roemers 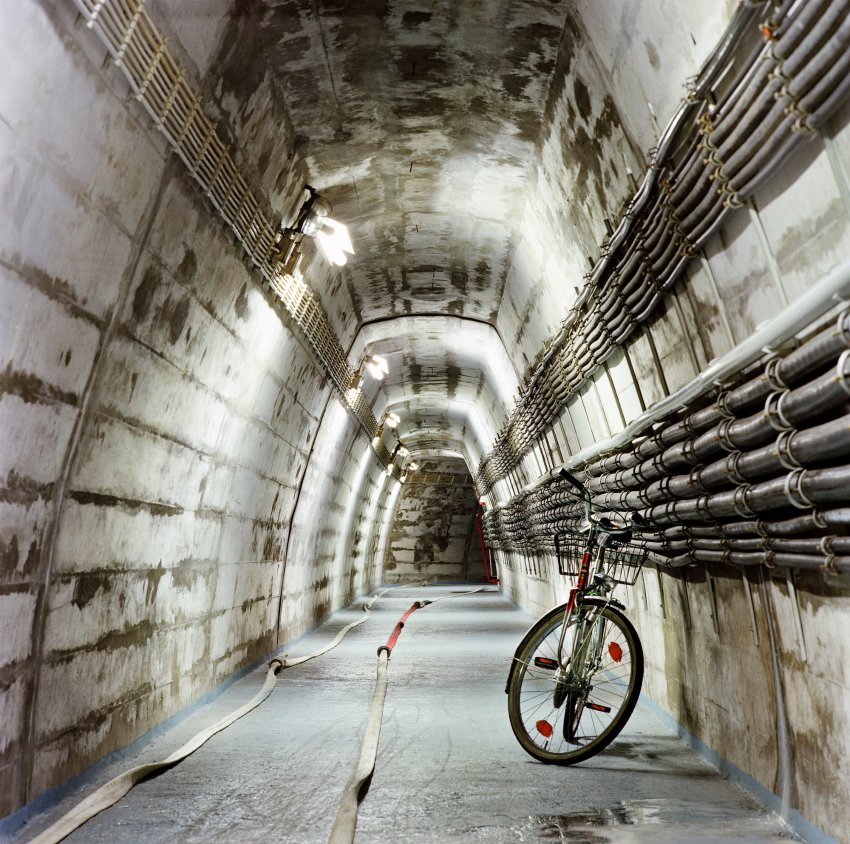 West Germany, Marienthal. Former nuclear bunker for the west German government. The German bundeskanzler and his ministers would be transferred to this bunker in case of a nuclear war. © Martin Roemers 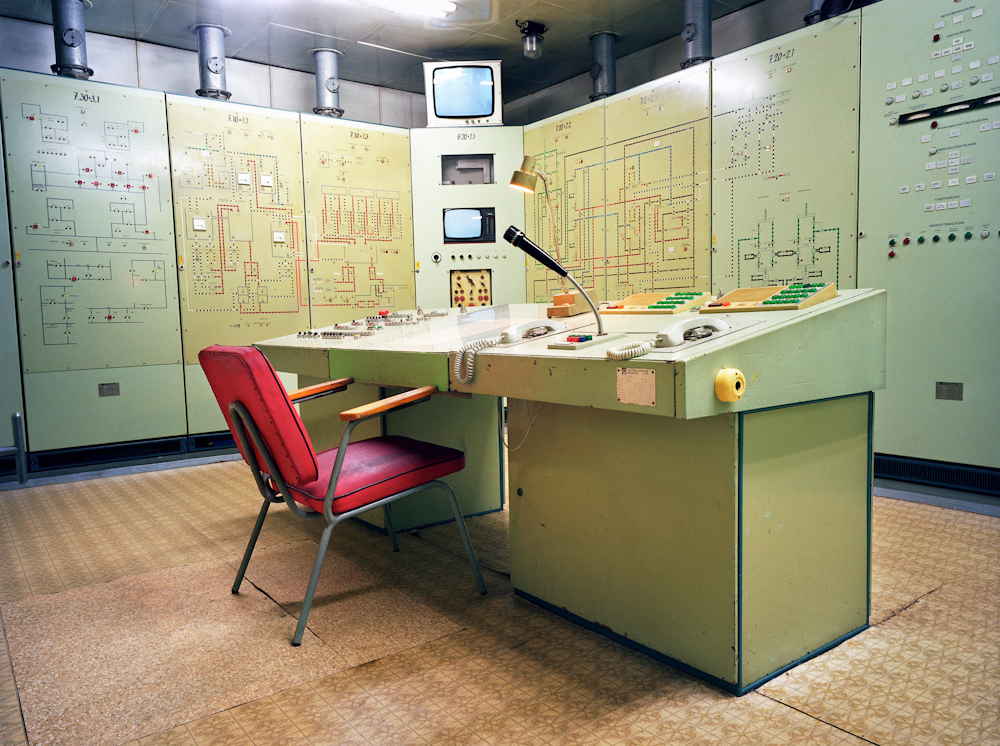 Bunkers offered a sense of security in the face of total annihilation. Underground shelters were built all over Europe for the political elite, the military and part of the civilian population but the reality was that they were not suitable for people to live there for long periods of time. 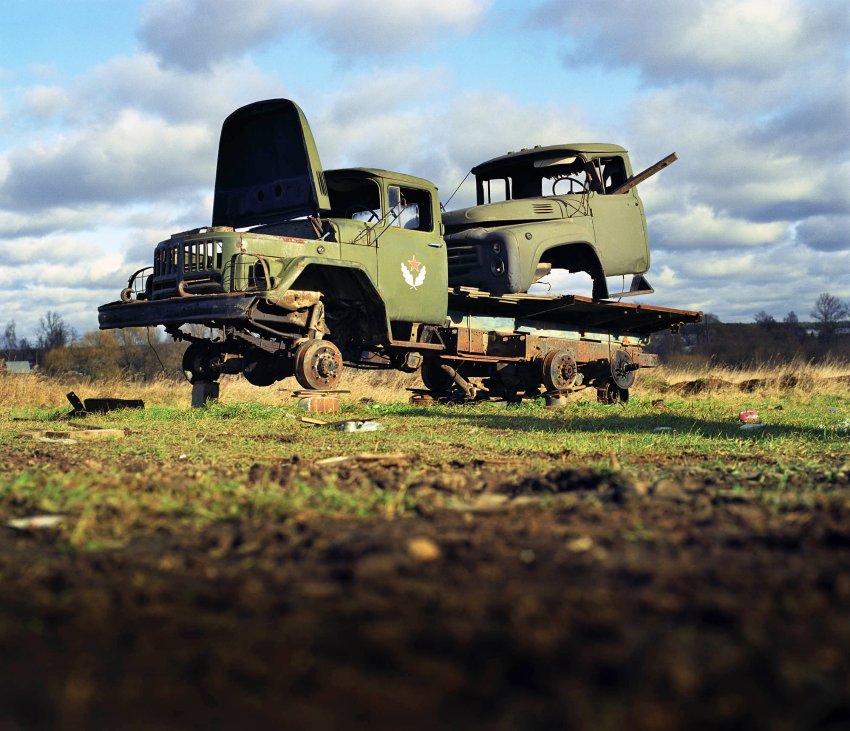 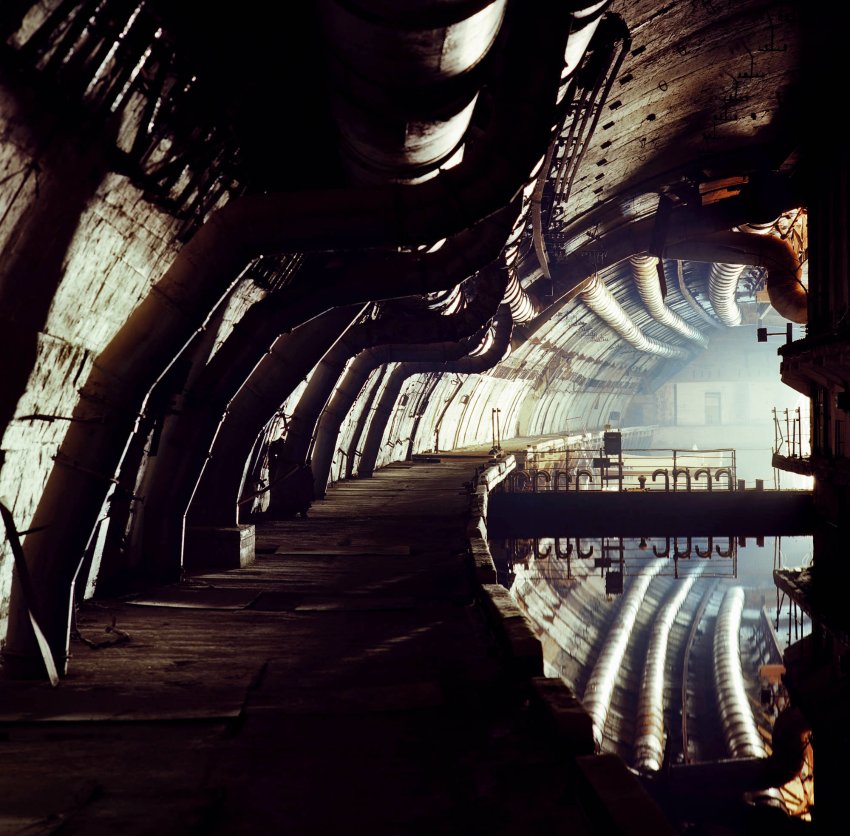 Former submarine base ‘Object 825 GPOe’ of the Soviet Navy in the Balaklava Bay at the Black Sea. It was a service and repairing station for submarines and an ammunition storage. Sevastopol, Crimea, Ukraine. 2005. © Martin Roemers 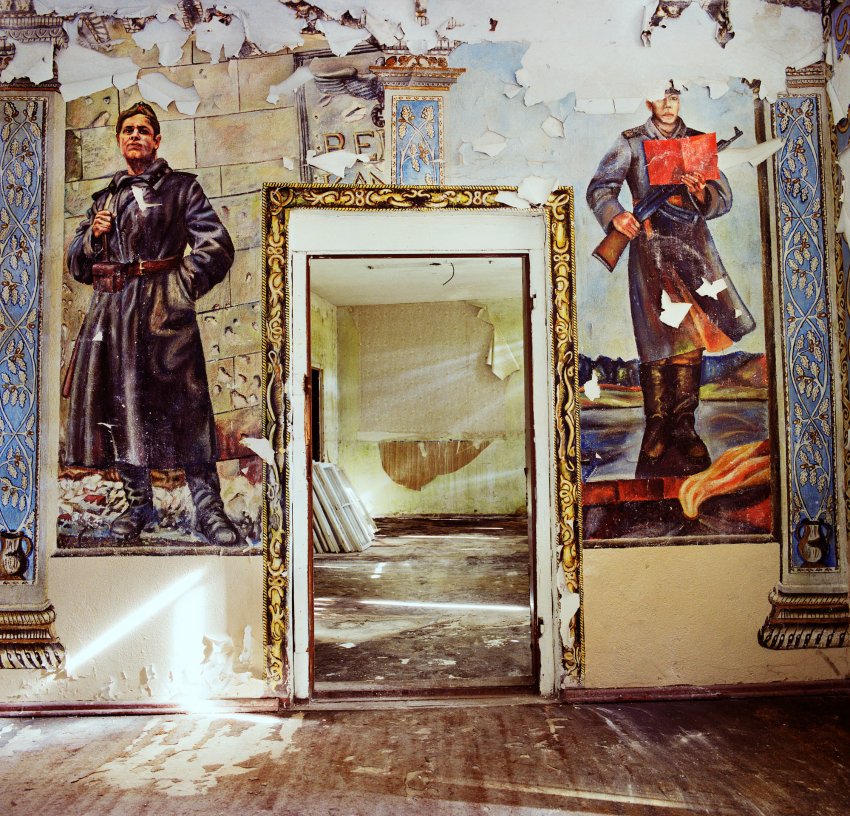 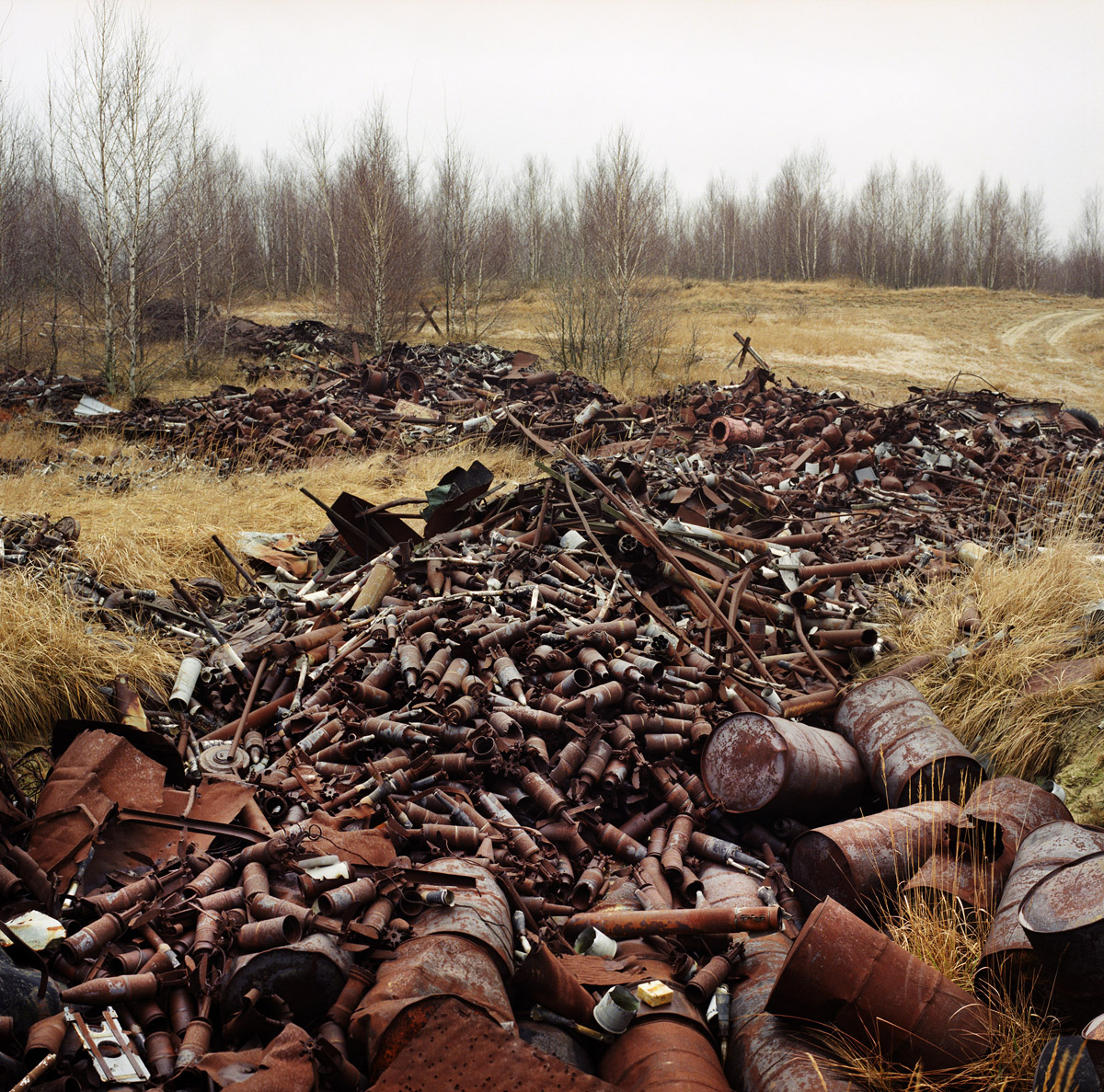 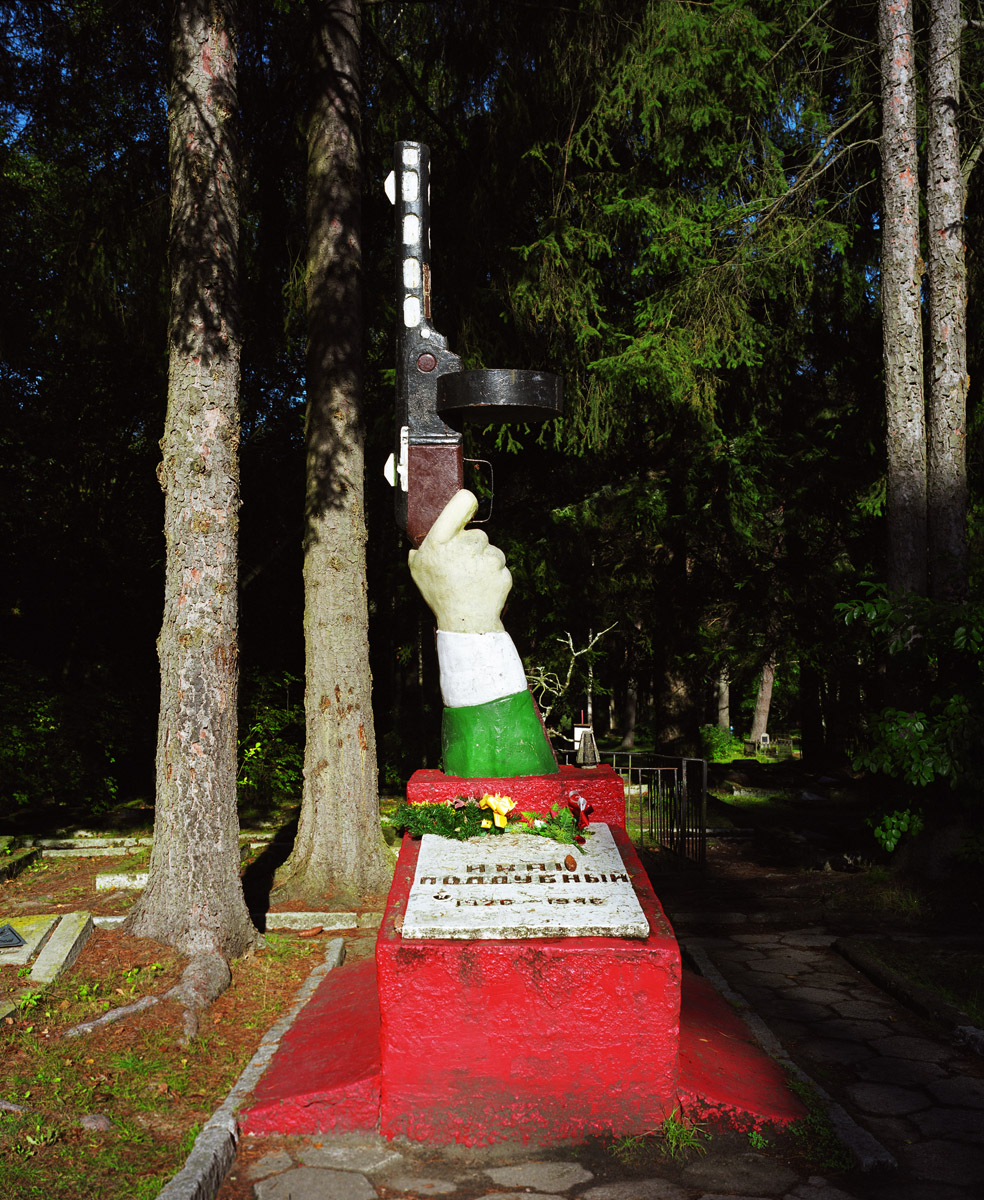 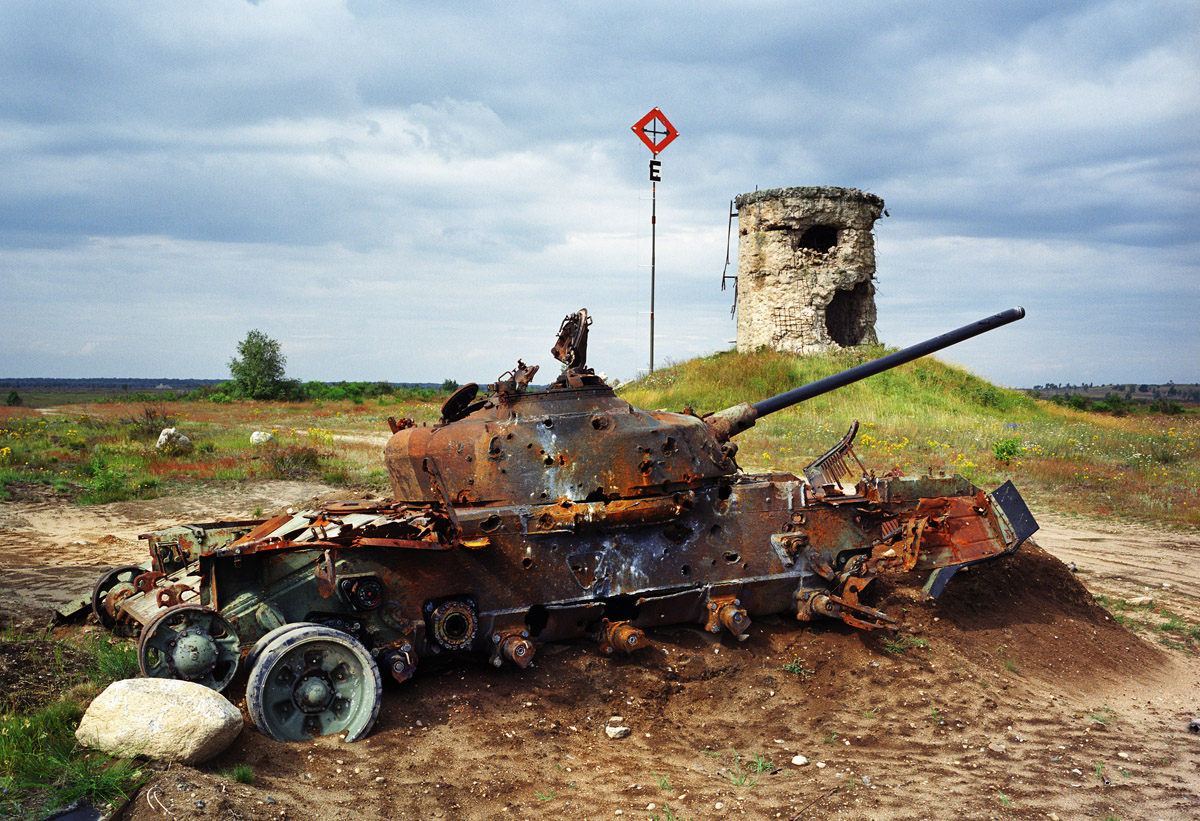 East Germany, Altengrabow, Tank which was used as a target on former Soviet army training area. The terrain is still used by the German army, 2004. © Martin Roemers

When you look at these photos now, they serve as a reminder of how things used to be in the Cold War, Roemers told DW. But you can also imagine how things could be again in the political climate of today. That’s the important thing about showing them now.

Two video interviews are shown in the exhibition space. In the first one, Martin Roemers talks about the motivations and adventures behind the photo series. In the other one, Bernd Greiner, Director of the Berlin Center for Cold War Studies, provides historical information about the Cold War era.

View of the exhibition at the Deutsches Historisches Museum. Copyright © Martin Roemers

Relics of the Cold War is at the Deutsches Historisches Museum in Berlin until 14 August 2016.