It took Simon Faithfull 3 years to be granted permission to sink a boat off the Isle of Portland, a few km south of Weymouth, in Dorset, England. 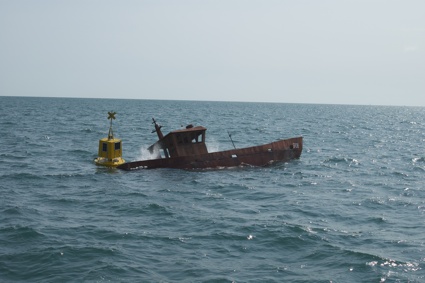 What might sound like an ecological abomination is actually the start of a process that will create a new eco-system beneath the sea: an artificial reef. The sunken boat will provide a hard surface to which algae and invertebrates adhere, providing food for fish.

The artist bought the boat off eBay for 75 pounds. It was called Brioney Victoria and had been rotting for decade at a Canvey Island yard. He emptied it, added a concrete wheelhouse to make it look like a working boat and then stripped it of anything that could potentially be harmful.

Once ready, the small fishing vessel was towed out to sea. Faithfull set it alight, opened the seacocks, let water into the boat and dove off as it started sinking. 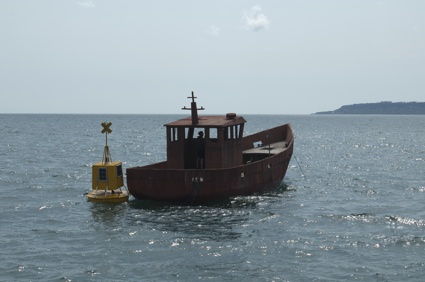 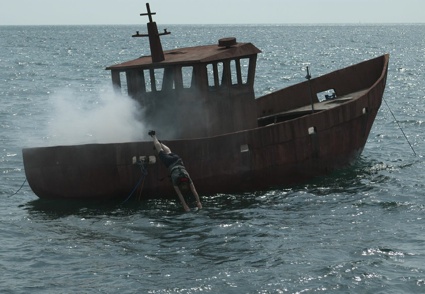 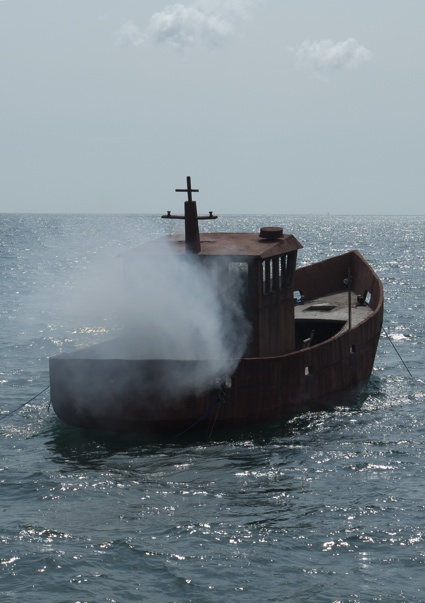 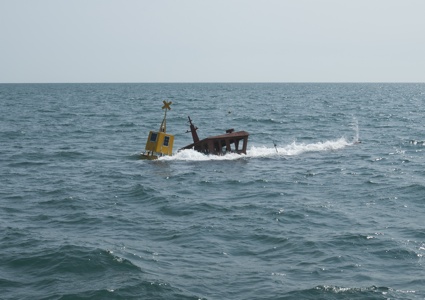 Five cameras were mounted on board to record the boat’s descent and they are still monitoring its transformation, transmitting images via a dedicated website and relaying them to exhibitions. The first one is at Fabrica, a former chapel turned art gallery in Brighton. The show, which is part of the Brighton Photo Biennial, will later move to Calais and Caen.

In the Brighton gallery, a big overhead screen show the boat smoking and very slowly sinking beneath the waves. A series of monitors at ground level broadcast the images from the drowned boat. 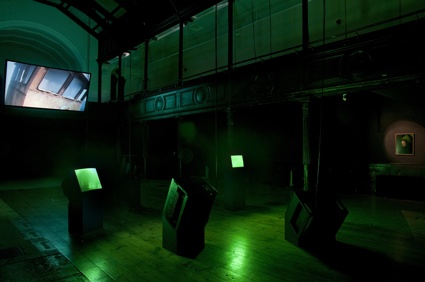 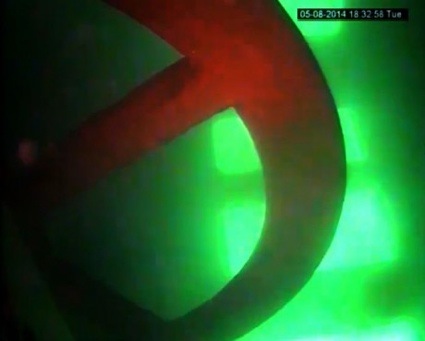 Faithfull was interested in investigating how an ordinary object at the end of its existence is given a new, almost eternal life.

Like some of the artist’s previous works, REEF documents the plight of a camera exposed to extreme elements or sent on a journey from which they might never come back. In 2003, for example, Faithfull sent a video camera attached to a weather balloon into the stratosphere. 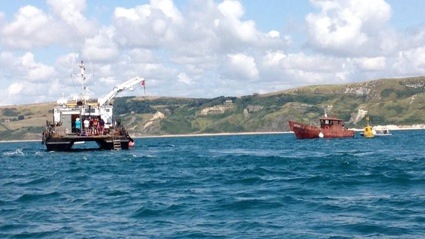 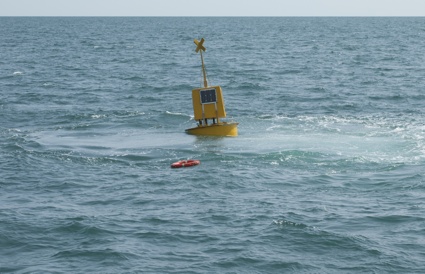 Simon Faithfull will be giving a talk at Lighthouse on Tue 21 Oct 7- 8.15pm. And if you miss the evening, check out REEF at Fabrica in Brigton as part of the Brighton Photo Biennial. The show is open until 23 November 2014.

Also part of the Biennial: Amore e piombo: The Photography of extremes in 1970s Italy.