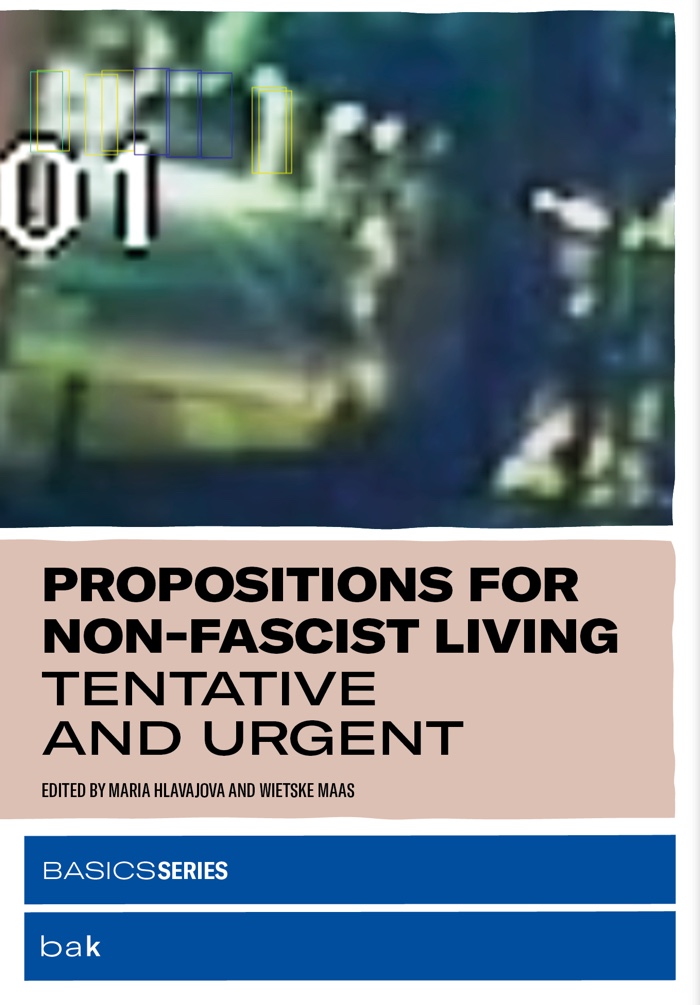 Publishers MIT Press and BAK, basis voor actuele kunst write: Propositions for Non-Fascist Living begins from the urgent need to model a world decidedly void of fascisms during a time when the rise of contemporary fascisms threatens the very foundations of a possibility for common life. Borrowing from Michel Foucault’s notion of “non-fascist living” as an “art of living counter to all forms of fascism,” including that “in us all… the fascism that causes us to love power, to desire the very thing that dominates and exploits us,” the book addresses the practice of living rather than the mere object of life.

Artists, theorists, activists, and scholars offer texts and visual essays that engage varied perspectives on practicing life and articulate methods that support multiplicity and difference rather than vaunting power and hierarchy. Architectural theorist Eyal Weizman, for example, describes an “unlikely common” in gathering evidence against false narratives; art historian and critic Sven Lütticken develops a non-fascist proposition drawn from the intersection of art, technology, and law; philosopher Rosi Braidotti explores an ethics of affirmation and the practices of dying.

Propositions for Non-Fascist Living is a compact reader with 11 essays. Professor of strategic management Stefano Harney and Professor of performance studies at NYU Fred Moten open theirs with the brutal and sadly opportune question “If fascism is back, when did it go away?” In her introduction to the book, Maria Hlavajova examines fascisms as a mutating force that indeed never really went away but that takes various forms according to the geo-political contexts. These fascisms are getting increasingly difficult to ignore today. In many parts of the world, you see them emerge, galvanised by the “us vs them” ideologies, the bellicose rhetoric, the lack of nuances in the analysis of social issues, the yearning for power and hierarchy, etc. The book is not an inquiry into fascisms though, it is a compilation of texts that help readers reflect on the everyday non-fascist life and develop a practice of knowing the world differently.

Here’s a quick selection of the essays i found most thought-provoking: 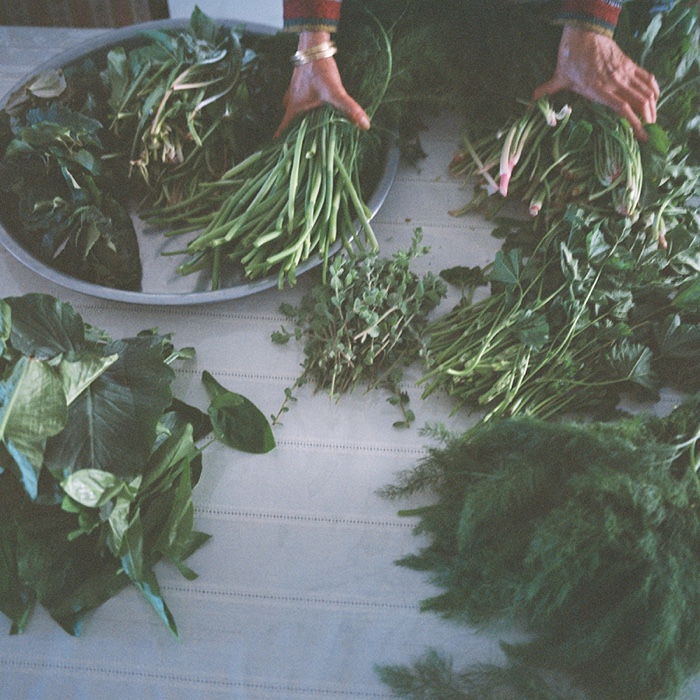 Artist Jumana Manna‘s visual essay reveals the daily acts of defiance performed by Palestinian when they are foraging wild plants for food and medicine. Over the past few decades, the state of Israel has imposed racist regulations which, under the claim of protecting plants, make the act of picking thyme and other plants essential to Palestinian cuisine punishable by fines or even prison.

In her contribution to the book, professor and director of The Social Justice Institute at the University of British Columbia, Denise Ferreira da Silva looks at how the concept of liberty is instrumentalised to provide an ethical support for colonial, racial and cis-heteropatriarchal violence. She also articulates the conceptual device of blacklight to uncover what lies at the limits of justice.

Computer scholar Dan McQuillan writes about non-fascist AI. Pretty much every expert in AI or ethics talks about fascist AI these days but McQuillan goes further than the mere critique by reflecting on how to achieve non-fascist AI. He believes that we cannot fully discern authoritarian tendencies associated with AI unless we involve feminist and decolonial technologies studies and put the perspective of marginalized groups at the core of technological practices. 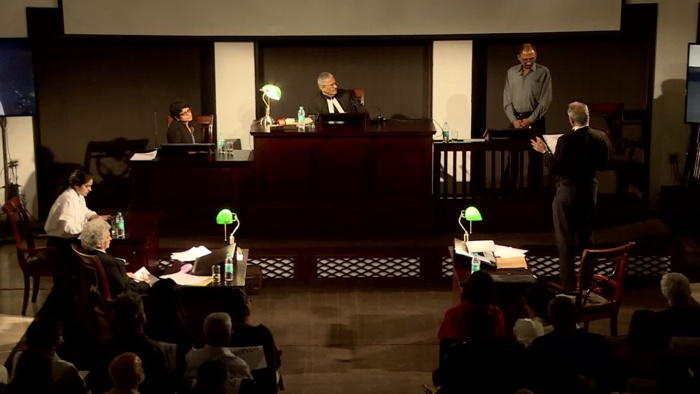 Zuleikha Chaudhari with Khoj International Artist’s Association and in collaboration with Anand Grover, Landscape as Evidence. Artist as Witness, 2017

Postcolonial scholar Sheila Sheikh envisions a more-than-human cosmopolitan world where multiple species have rights and roles to play. Her text calls for artistic practices that would help us imagine what this new type of sociality would be like. She also discusses 2 artistic projects that embed artistic practices into social movement. Landscape as Evidence. Artist as Witness, by Zuleikha Chaudhari, was a staged hearing during which artists and lawyers presented their cases regarding the threats that an interstate river-linking project would pose to indigenous communities and to local fauna and flora. The other work is Forest Law, one of the most moving works i’ve seen in recent years. Paulo Tavares and Ursula Biemann’s video expose the “cosmovision of interdependent cohabitation” that characterizss the indigenous Kichwa peoples’ understanding of the world. In the film, members of the Kichwa community explain how they sued the state of Ecuador for facilitating oil extraction on the Amazon at the expenses of ecosystems.

In the essay An Impromptu Glossary: Open Verification, Forensic Architecture exposes how nation-states and corporations that govern the authoritarian present use a dark epistemology to blur distinctions between fact and fiction. FA’s proposed antidote consists in an open verification process that is collaborative, composite and that combines aesthetics and knowledge production.

I’ve started this overview of the book with a quote, i’ll end it with another one. This time from Dilar Dirik, an activist of the Kurdish Women’s Movement: Fascism is no longer an option to consider but a matter of life or death.

Propositions for Non-Fascist Living. Tentative and Urgent is the opening title of BAK’s BASICS series of readers which explores some of the most urgent problems of our time through theoretically informed and politically driven artistic research and practice.