Post-Industrial Stories is an attempt by photographers Ioana Cîrlig and Marin Raica to document the remains of communist industrialisation in central and eastern Romania. Decades ago, these areas were attracting workers from all around Europe but the collapse of Ceauşescu regime left local communities to their own devices and the mining towns are now fighting unemployment and poverty.

Cîrlig and Raica spend several months in each town, visiting the area, talking to ex-workers and their families, looking through archives, experiencing as much as they can what the local communitites are living.

I discovered the photo series through Anti-Utopias. Its author and curator, Sabin Bors kindly put me in contact with the photographers. I’ve emailed them a couple of questions about the work and the result is below… 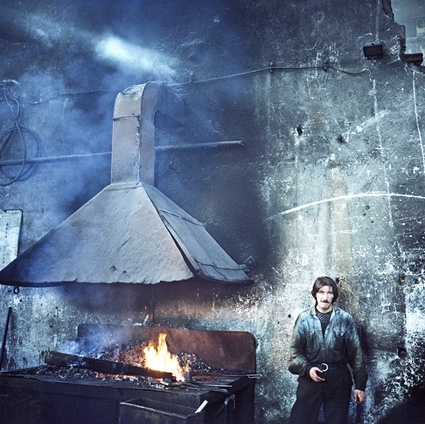 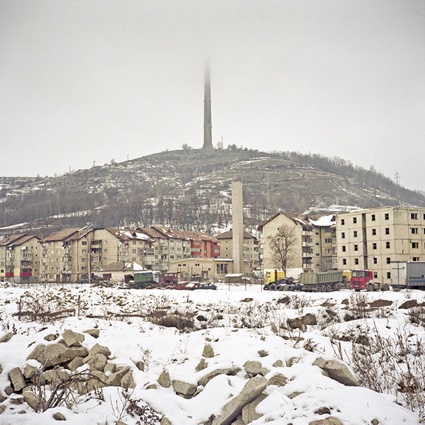 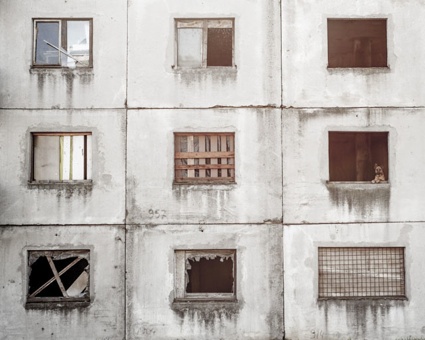 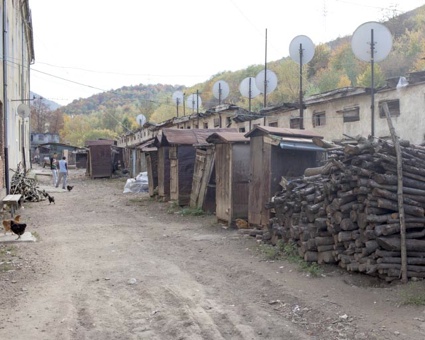 Hi Ioana! Why have you started the project? Has no one documented those post-industrial areas before?

We started the project because of a growing fascination with Romania’s industrial areas. Travelling the country we realised many communities face the same problems. In communism it was all about building, expanding huge industrial sites, urbanising. After ’89 it was all about closing the mines and factories, tearing them down, removing everything valuable. The two opposing trends left the landscape with surreal-looking ghost towns.
Most of the areas we travel to have been covered by the Romanian media, but they’ve never been documented in-depth. The media mostly cover the extreme poverty and the occasional privatisation scandal. We try to tell the story of these places and hopefully spending years on the subject will create a complex image of post-industrial Romania.

I find your photos very moving. Most photo series documenting post-industrial areas focus on decaying buildings. You also give your attention to the people who have remained there. How much preparation does the project require? Do you contact people in advance or do you just turn up unannounced and start photographing?

We contact people before going to a new place but most of the people we photograph we meet “on the field”. A few days ago we met a man on the street. He checked out our project’s website, liked what we did and ended up helping us a lot around his city, introducing us to people, showing us around and explaining a lot of what’s going on. This is one of the fun, exciting parts of what we do, you never know where you’re day is going to take you.

Could you comment on some of these images? Explain us what or who they are? what is the story behind these images? 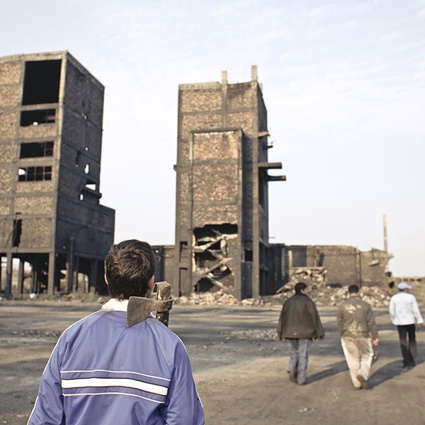 I took this one in Copsa Mica, a place known in the 80’s for the carbon black pollution. Since 1993 that factory was closed and everything of real value has been sold by the “investors”. In this kind of almost-torn-down industrial site metal scavengers try to make a living, looking for iron in what’s left after the luquidators/buyers remove everything of real value. They risk serious accidents and, in most places, being arrested for trespassing and theft. 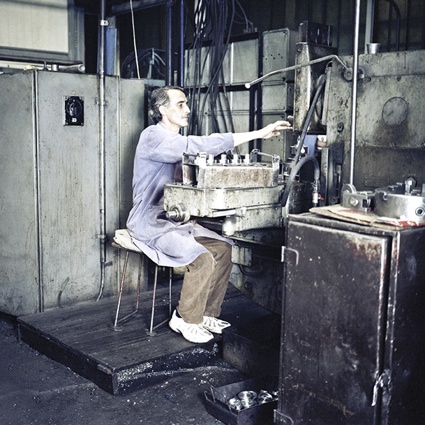 This is a factory worker from a small factory in Southern Romania. It’s the kind of place that struggles to survive with less employees that in the “good days”. 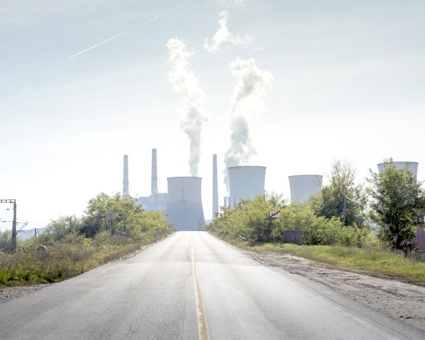 Rovinari still has lots of industrial activity. It’s a mining town with a big coal quarry. It also has one of the largest power plants in Europe. 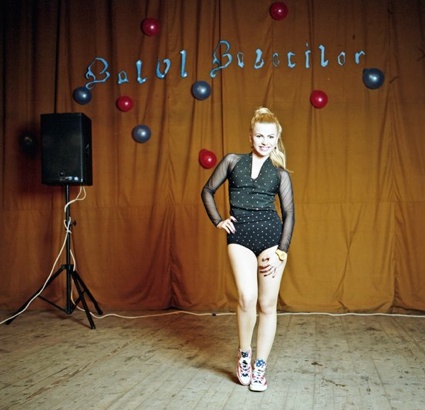 This is Cristina, a girl that performed at the end of the Junior Prom in Criscior. Until 2007 the small town of Criscior was surrounded by gold mines. The young people in the area have very few job options. Most of them leave for bigger towns and countries in western Europe. The Crisan highschool teaches mechanics and tourism. 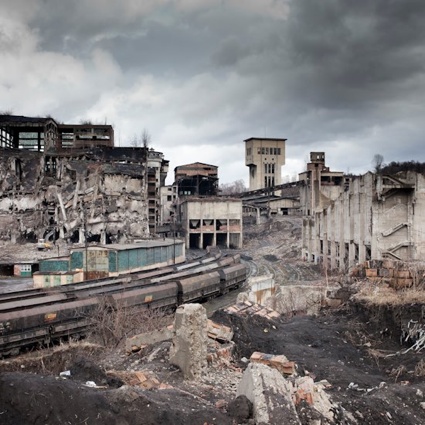 This is one of the buidings in the Petrila mining site. Petrila is one of 3 coal mines that are going to be closed until 2018. Valea Jiului has 7 coal mines working at the moment. 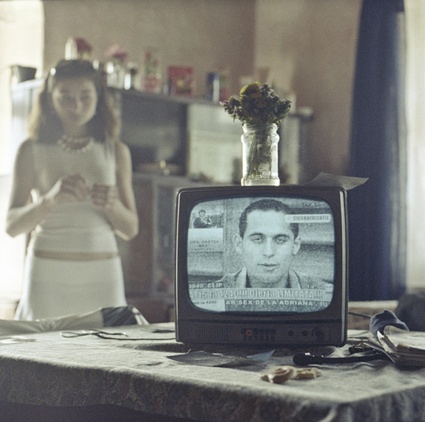 A tv is on a “manele” station in the living room of a family from Copsa Mica. The young girl in the backround watched the station a lot and tried to learn how to dance like the performers in the video. Her brother wanted to be a manele singer. The girls in the videos mostly wear sexy outfits and dance arround the male lead-singer. The lyrics are about love, money, enemies who want the money, girls who want the money etc. 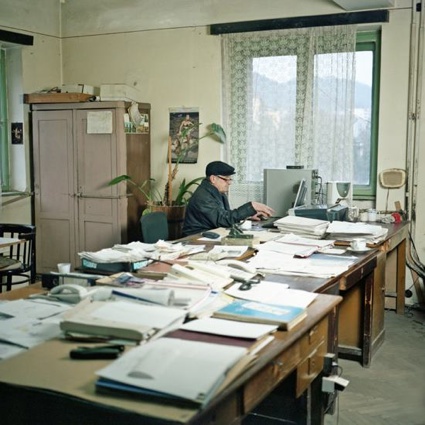 This is an office from an old factory in the Criscior area. About 1200 people used to build mining equipment here. Now the factory has 120 workers that build, refurbish and repair rolling stock.

How are people coping now that the industrial sites (and thus source of work and livelihood) has closed? Are they moving to bigger cities in search of any kind of job? Are they learning new skills in order to work in other contexts?

Many young people leave, mostly for Western Europe. Right now we are in a small town in Western Romania, Anina. The coal mine here was closed in 2006. Since then no new jobs were created in the area and the situation is quite scarry. The town is surrounded by forest so some of the young people work with wood. People say the town is being held together with the money made by women who work in Austria, Germany and Italy taking care of elderly or sick people. They joke about the men being “happy widowers”.

Why have you chosen to work in wide format film?

We have 2 reasons to love medium format. Unlike with digital, we take more time to think before taking a picture. We are both compulsive shooters, when we find a situation we like, we go wild. Film helps us tame the instinct to take 100 pictures of the same pretty tree. The second and more important reason is image quality: the coulours, depth of field, the volume objects have etc. 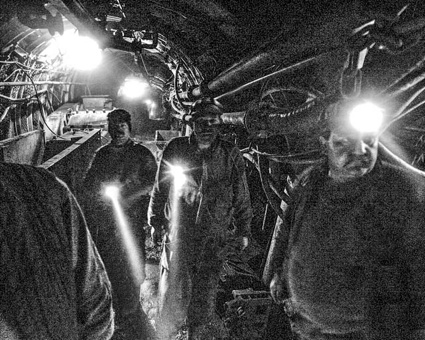 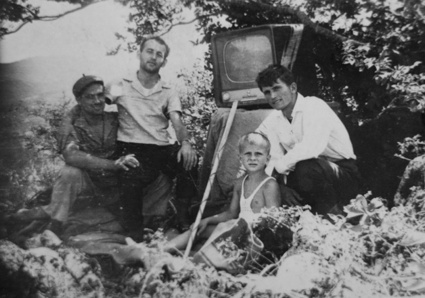 How/where do you get the archive photos? The ones in the Journal section of your website?

The old photos we post in the Journal section are mostly from personal collections. People invite us in their homes and we ask to take a look in their photo drawer.

How much is the rest of the country aware of the situation in these post-industrial town? Is the State doing anything to help these areas?

The situation of industrialised areas is very common in our country. They receive the status of “underpriviledged” areas. This could attract potential investors because of the lower taxes. The sistem is to corrupted to change anything. Romania doesn’t have a long-term plan to relaunch and support the reconversion of industrial areas. Maybe it has one on paper but most of these areas are completely abandoned. 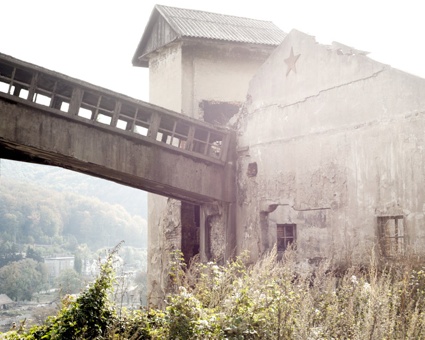 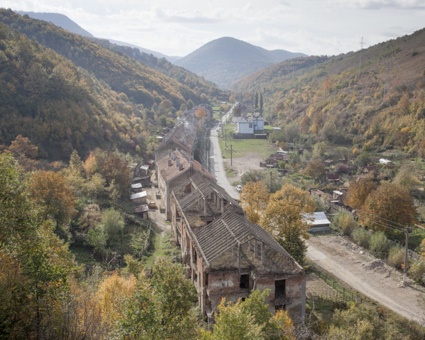 What are the next stops on the journey of Post-Industrial Stories?

We are in the middle of a round-the-country road-trip. For five weeks we are travelling to mostly monoindustrial areas, about 3000 km. Next year we will move to Petrila, a small mining town in the heart of Romania’s coal exploitation area, Valea Jiului. We plan to live there for about 8 months. Then, we move to Anina, a small town that used to have a coal mine and a power plant.

Lots more images on the fb page of the project, tumblr and in the photographers’ journal.