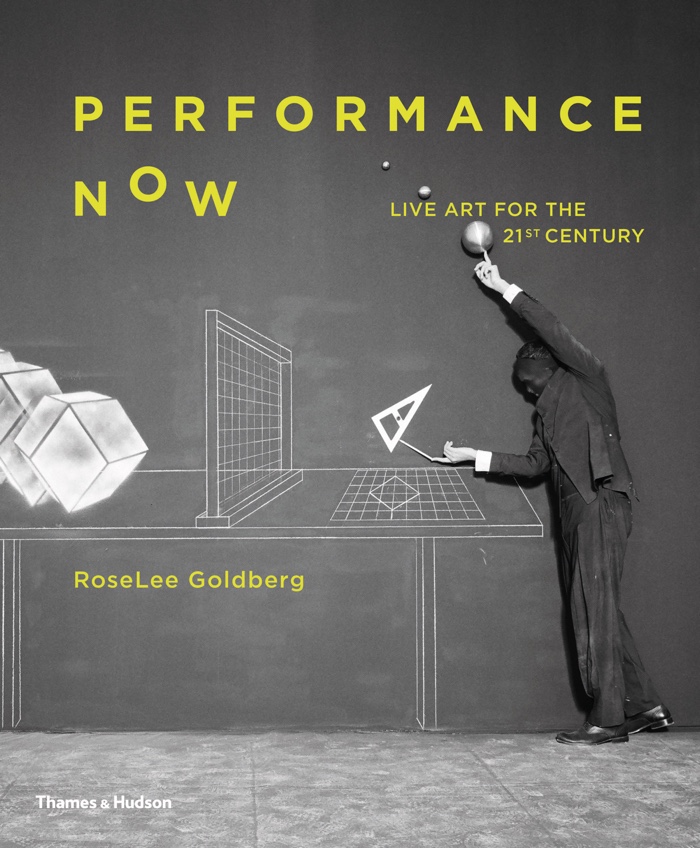 Publisher Thames & Hudson describes the book: Now one of the most highly visible art forms, in the last two decades performance has emerged from the margins to become an essential vehicle for communication, transforming museums and galleries into lively cultural hubs for future generations.

This landmark survey by renowned authority RoseLee Goldberg reveals how live art has developed in the 21st century as a visual medium, a global language and a political force. A mesmerizing survey of this most varied art form, Performance Now is the ultimate reference for artists, art students and historians, as well as theatre, film, dance and architecture enthusiasts with an eye on the avant-garde. 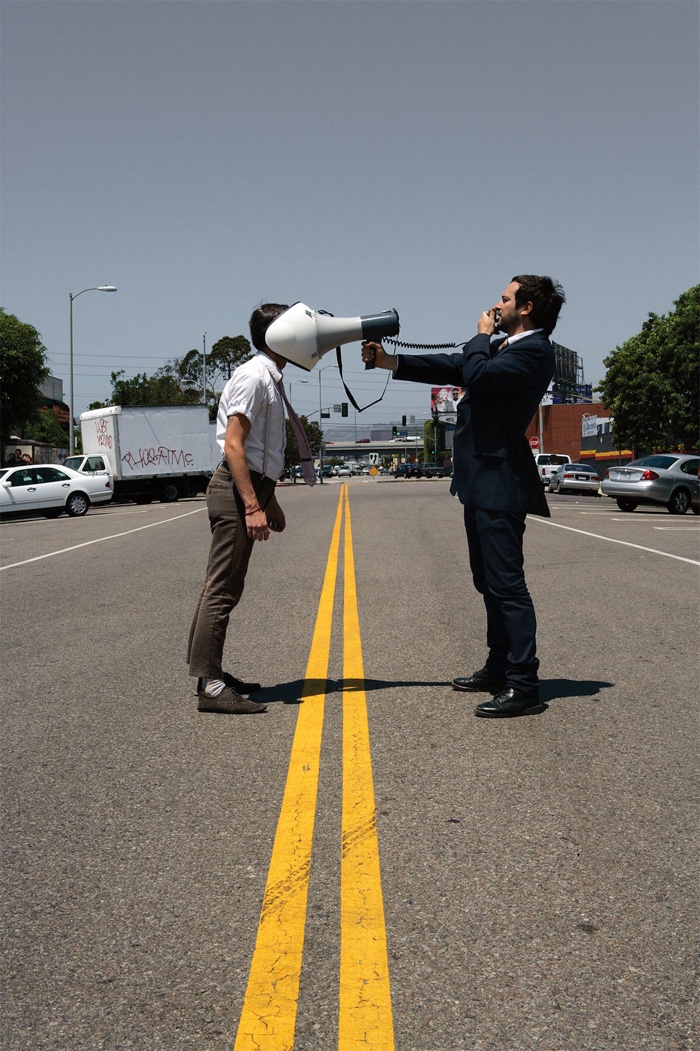 I should probably not broadcast it but the first question i ask before i go to a performance is “how long is this going to last?” I detest to be tied to a place for too long. I even check that a movie lasts no longer than 90 minutes before i consider going to the cinema. This book about performances, however, got me hooked.

Goldberg presents an exciting and wide-ranging panorama of performance art from the beginning of this century to now. Her book investigates how performance challenges interactions, communal viewing experiences, artistic codes, how it can convey multiple layers of meaning and how it is documented in images for future study.

Over the past 20 years, performance has gained in visibility in festivals, academia and even in historic museums. Audiences, it seems, like nothing more than a live contemporary perspective. What makes performance particularly compelling though is the way it has started to interplay with disciplines such as dance, architecture and theatre.

In the book, performances are distributed into 6 chapters:

The first one looks at how visual artists integrate performance into their work and what this means in terms of aesthetic qualities, composition and final documentation. 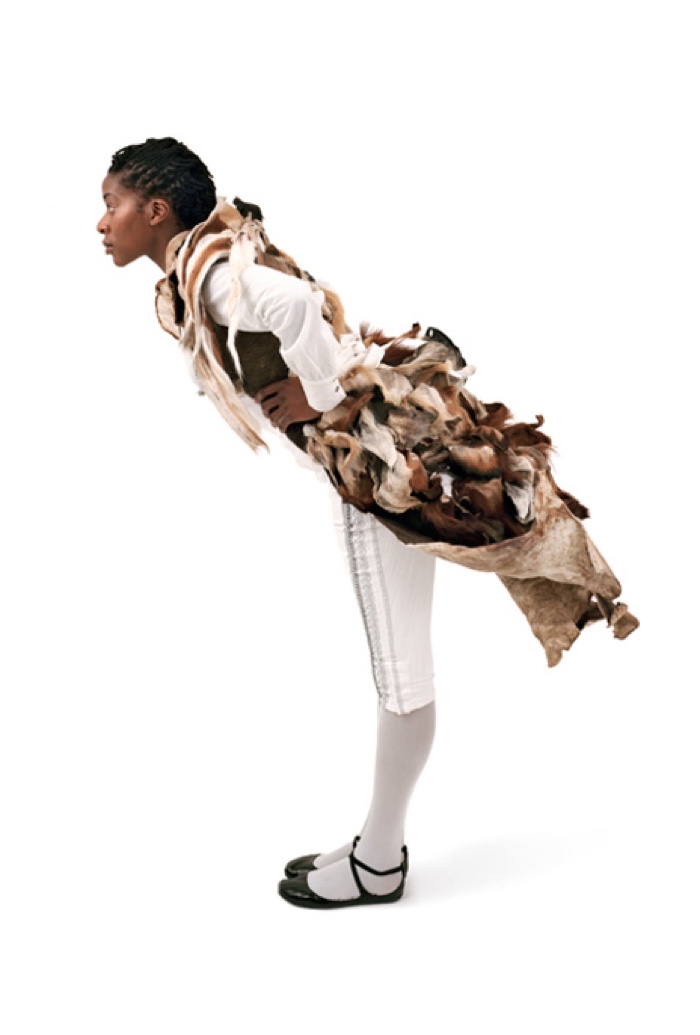 The second chapter, World Citizenship: Performance as a Global Language, explores how artists from countries outside major art centres develop works that manage to transcend their local culture and communicate ideas and sensibilities that find echoes across cultures, languages and social practices.

Radical Action: on performance and politics shows artists using the multi-layered nature of performance to record political violence, create aesthetics out of a state of anxiety or simply create poetic spaces for personal visions of an alternative and fairer society. 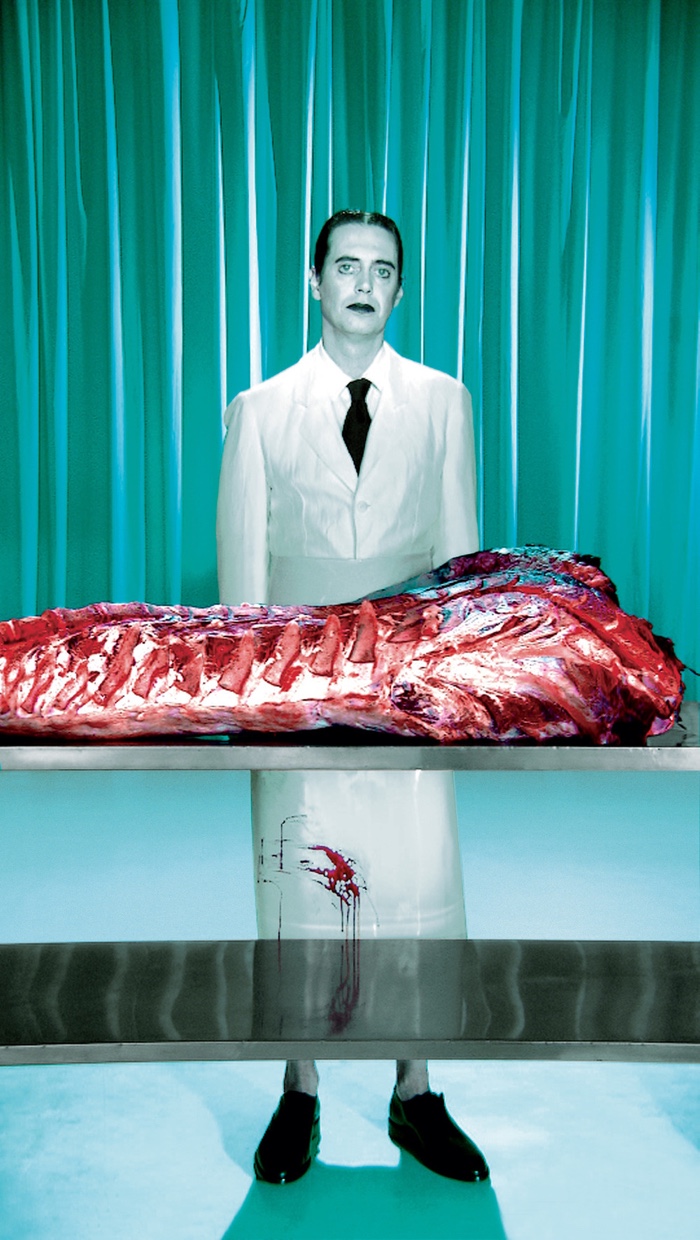 Dance After Choreography echoes the growing interest of art museums and galleries in staging and shaking contemporary dance.

Chapter 5, Off Stage: New Theatre, investigates the growing interconnections between theatre and performance. On the one hand, artists are increasingly using the stage to engage the audience frontally and/or with spoken words. On the other, theatre artists turn to white cube spaces to deconstruct the elements and traditions of theatre. 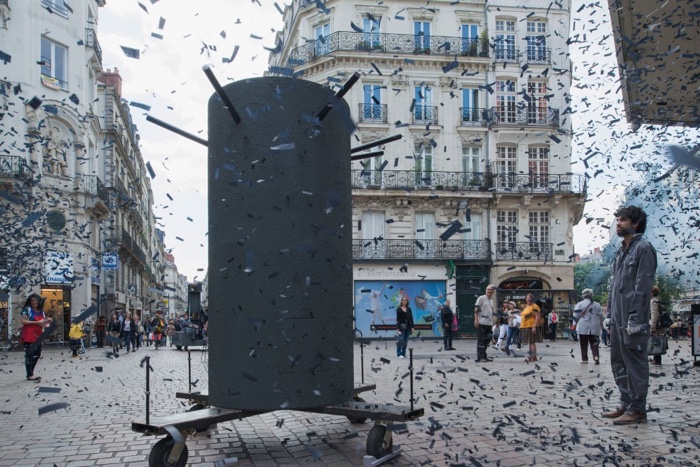 Finally, Performing Architecture shows the work of architects who often collaborate with artists, choreographers or musicians to produce architectural interventions without the burdens of the profession. They use performance as a playful medium to engage more closely with audience but also as a critical tool for examining the controversies of their own discipline (gentrification, lack of social engagement, etc.) or to respond to urgency with quick solutions to alleviate the despair of people in need of a safe roof over their heads.

The author didn’t mention design but ‘performative design’ has also grown in popularity over these past few years.

The performance set up by Tania Bruguera at Tate Modern consisted of two policemen mounted on horseback submitting visitors to direct crowd control. They corralled people, split them into smaller groups, encircled them and used various techniques to control their movements. 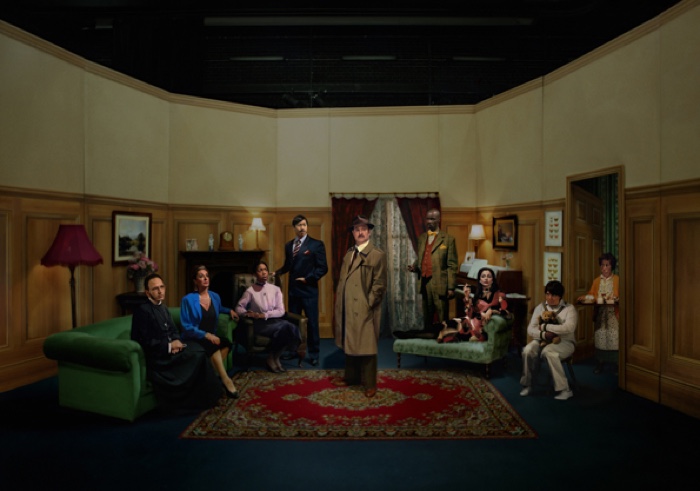 Whodunnit? was a classic British murder mystery played by a multi-ethnic cast. Ming Wong auditioned actors according to the list of ethnic minority categories found on cultural diversity monitoring forms for Arts Council England funding applications. During the performance, the actors delivered their lines in alternate accents: first in standard British English pronunciation; and then in the imagined foreign accent of their parents’ and grandparents’ generations. The accent functioned as the currency of power, with racialized accents expressing the subject’s relation to the detective.

Cory Arcangel added even more glockenspiel to Bruce Springsteen’s album “Born to Run”. He made MP3 versions of the songs with his overlayed glockenspiel just audible, hoping his bootleg versions would find their way onto file sharing sites.

Guy Ben-Ner, his wife and children went to IKEA and shot a TV “family sit-com” in the “show rooms” of the furniture giant. Since they did not ask for permission to shoot the scenes in the shops, they had to find a different store-branch each time they got caught and asked to stop what they were doing. The work challenged the ideas of private property and consumption-driven domesticity. 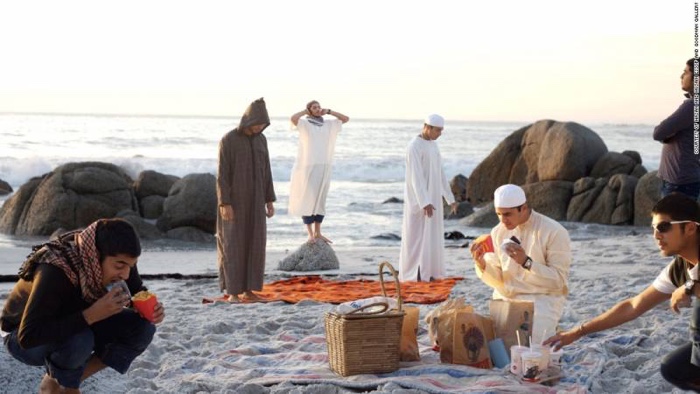 Hasan and Husain Essop made religious ritual and American-style consumerism, Muslim traditions and secular pop culture clash in Fast Food. In the work, the brothers are breaking the fast during Ramadan with McDonald’s happy meals. Simple and powerful. 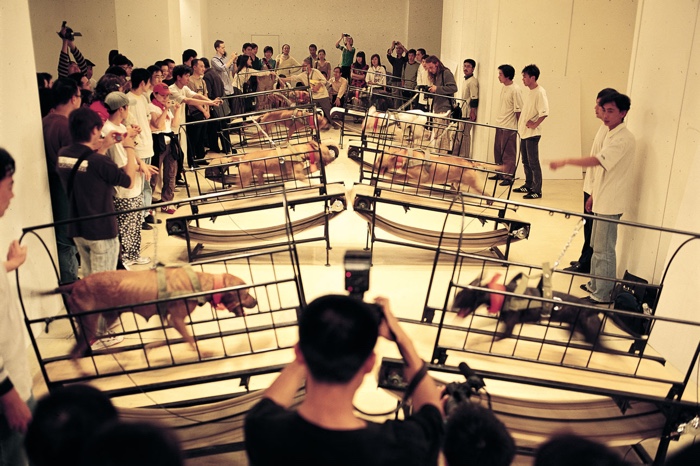 Pit bulls were escorted by private limousine into an art space in Beijing and strapped on treadmills facing one another. They then exhaust themselves trying to reach, and presumably maul, the other. 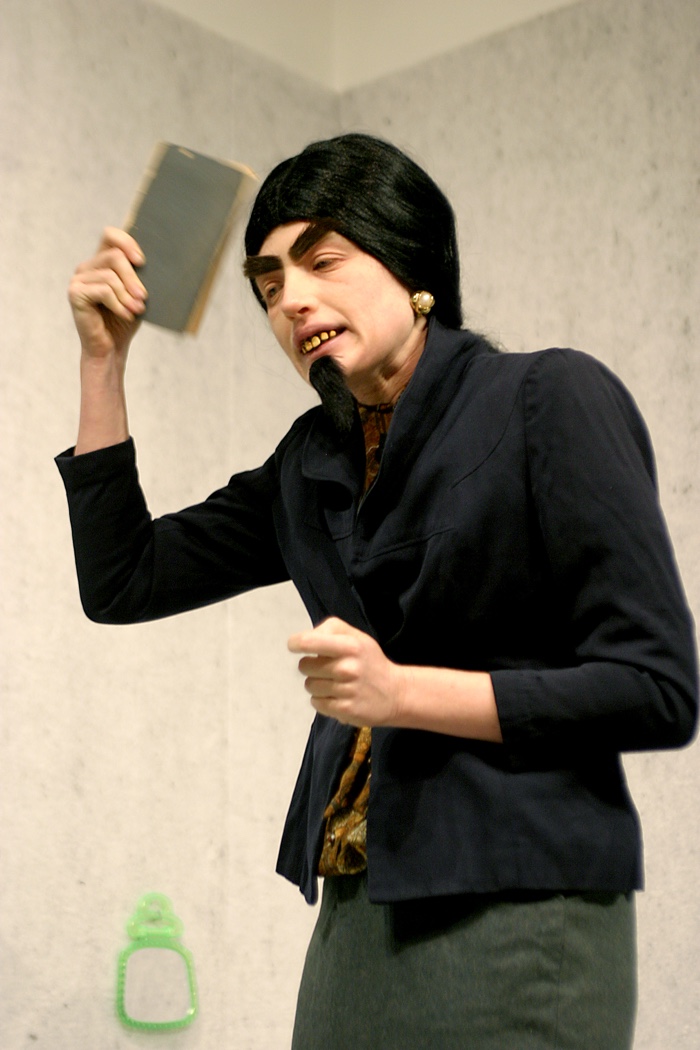 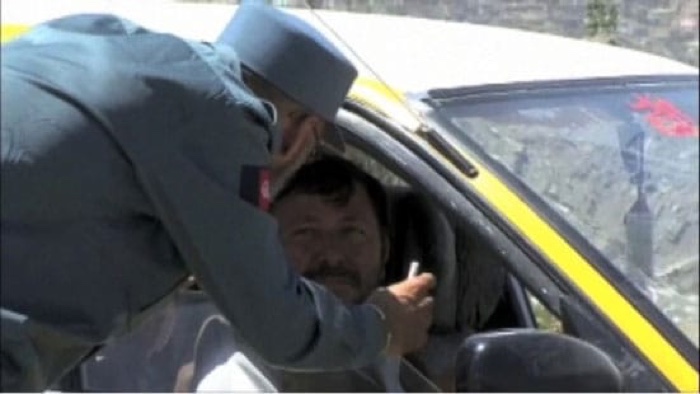 In Payback, Aman Mojadidi dressed as a police officer, setting up a checkpoint to stop cars. Instead of demanding a payoff, he paid the drivers US$2.00 each – the average price of a police bribe. Some people accepted the money. Others thought it would turn them into a target later. Payback started as a commentary on fraud in the country. 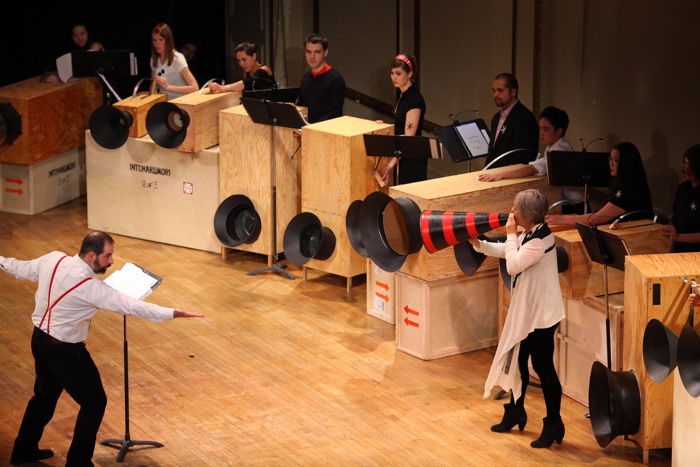 ReActor House twirls when the wind blows and tilts on its supporting column. When the two artists in residence move, their weights can throw the home off-balance. 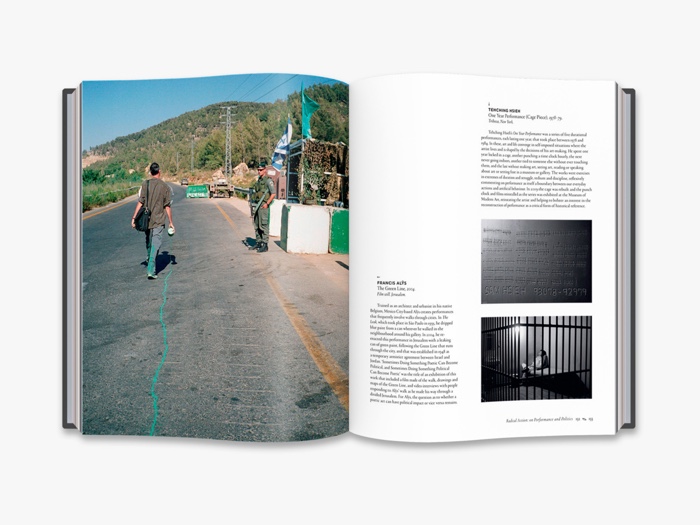 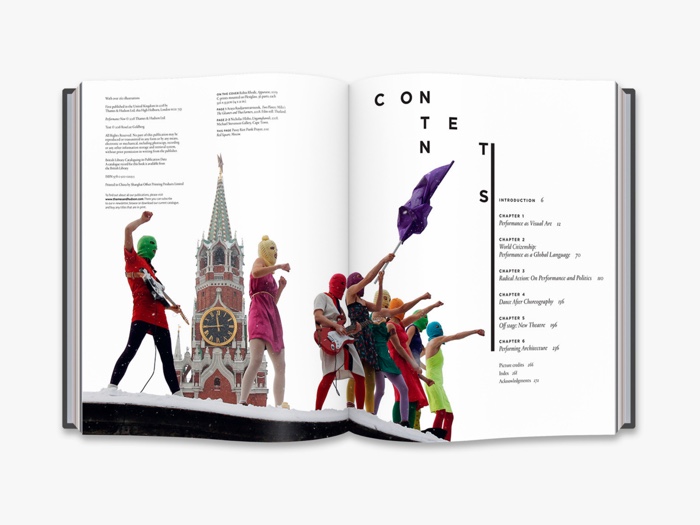 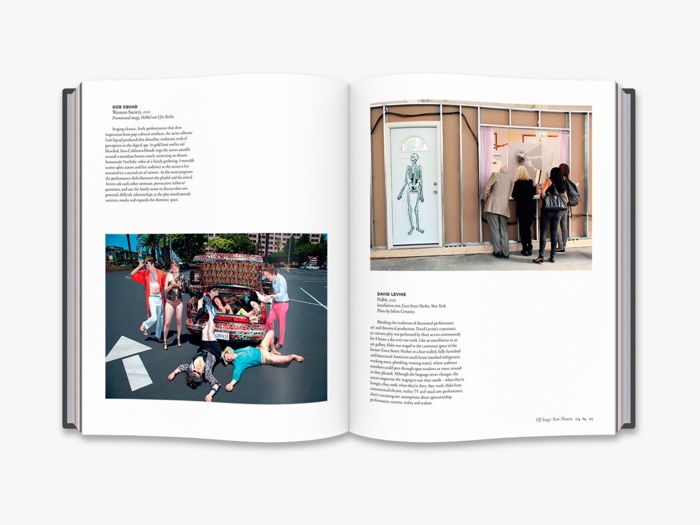