Out of Hand: Materializing the Postdigital, by Ron Labaco, curator at the Museum of Arts and Design, New York.

Get it on amazon UK and USA 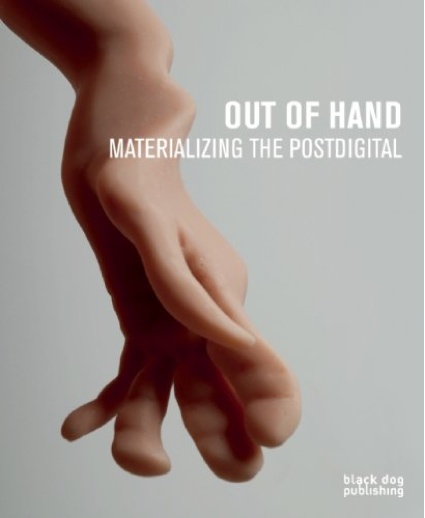 Publisher Black Dog Publishing writes: Out of Hand: Materializing the Postdigital examines the increasingly important role of digital fabrication in contemporary art, design, and architecture practice from 2005 to the present. New levels of expression will demonstrate the reciprocal relationship between art and innovation as seen through the lens of emerging twenty first century aesthetics.

Out of Hand, the first publication to examine this interdisciplinary trend, accompanies a major exhibition at the Museum of Arts and Design, New York, bringing together for the first time an array of seminal works by more than 80 international artists, architects, and designers, including Ron Arad, Barry X Ball, Wim Delvoye, Zaha Hadid, Stephen Jones, Anish Kapoor, Marc Newson, Hiroshi Sugimoto, and Frank Stella. 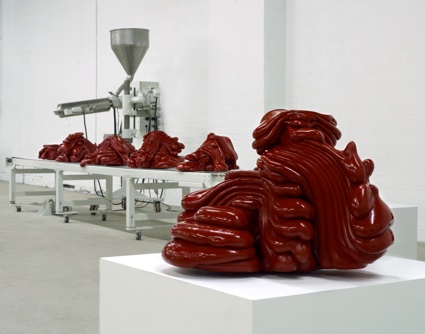 Roxy Paine, Scumak No. 2 at The Nelson-Atkins Museum of Art

Out of Hand looks in detail at the rise of digital tools in the production of sculptures.

It is a lovely book in itself (nice images, texts explaining with clear terms each of the works, photos of the working process, etc.) It is also a useful publication for people like me whose interests do not focus solely on digital creation. Through its pages, I caught up with many projects, ideas and processes i was crassly ignorant of.

We might all be familiar with digital technologies but the introductory essays of the book made it clear that art created with the help of these same technologies still needs to be defended, that its existence and meaning still needs to be justified and that its relationship to materiality has to be carefully defined. At least to some audiences.

The focus of the book is sculpture but there are as many designers (of the chair and sofa genre) and architects as artists in this book. In fact, the authors write that digital technologies have enabled sculpture to infiltrate the boundaries of other disciplines: design, architecture, science, fashion.

I think the biggest quality of this book is that it brings side by side Anish Kapoor and Markus Kayser, Hiroshi Sugimoto and The T/Shirt Issue. Designers who have reached a superstar status online but don’t have any gallery audience and artists who rely on museum exhibitions and press releases from galleries to give them some form of online presence.

Out of Hand: Materializing the Postdigital is organised around six themes. Modeling Nature looks at works inspired by biomorphic structures. New Geometries openly refers to the use of advance mathematical theories in the creation of new works that range from sport shoes to delicate plywood pavilion. Rebooting Revivals shows how artists and designers use 3D laser scanning to reinfuse life into forms associated with artistic movements from the past. Patterns as Structure is about the translation of sound, light, electrical activity and other data into shapes and decorative motifs. Remixing the Figure reinvents the human figure through innovative representations of the body and 3D-printed fashion garments. Processuality brings emphasis to the process of making, either by a fully autonomous machine that does all the work or by an intervention of the audience. 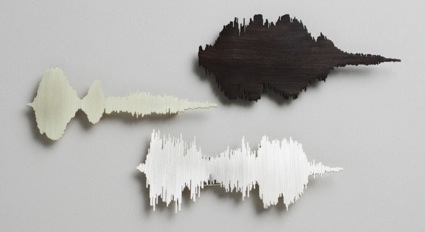 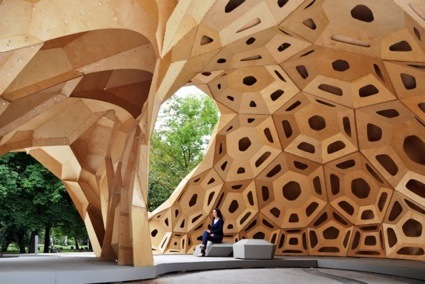 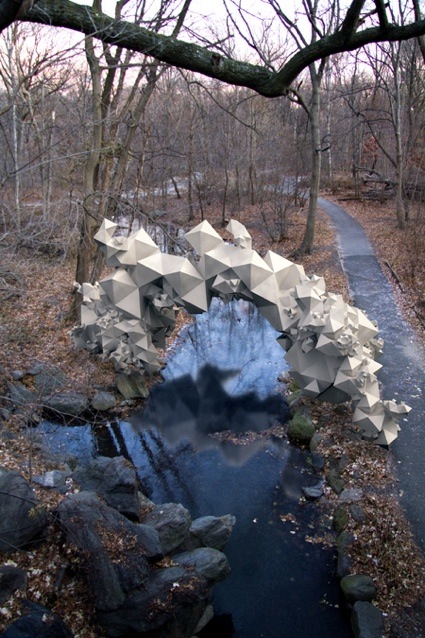 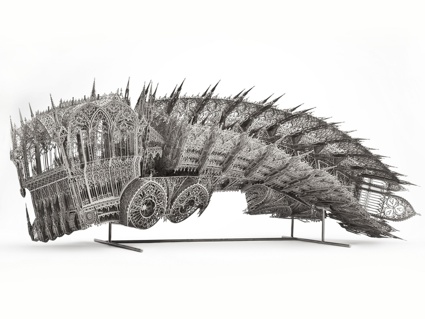 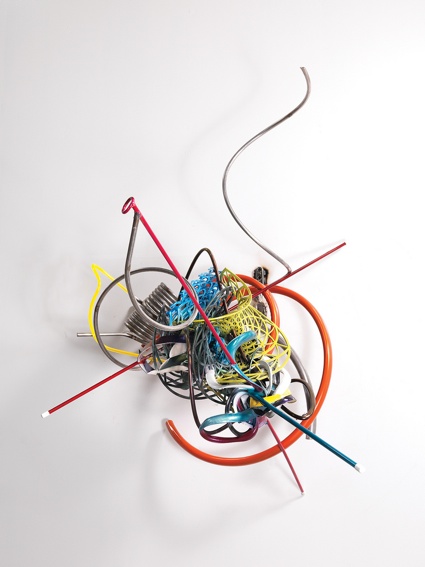 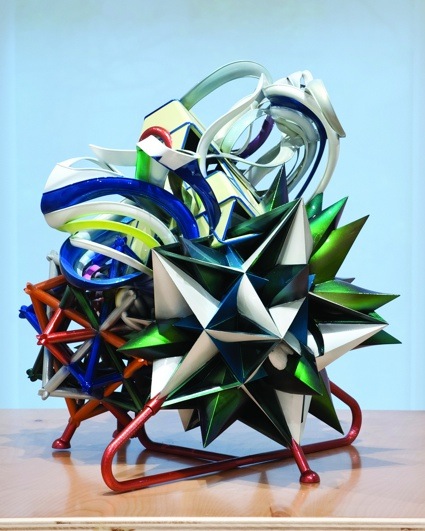 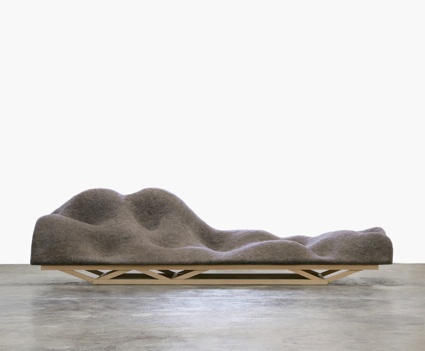 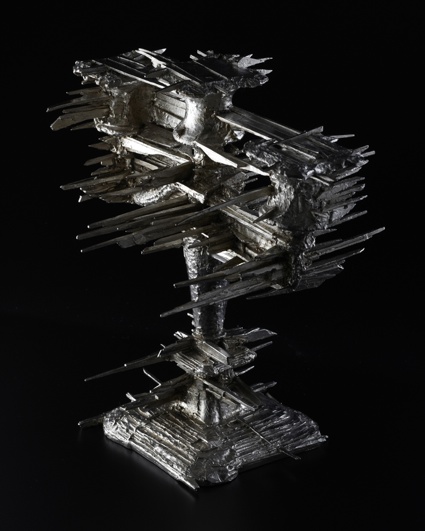 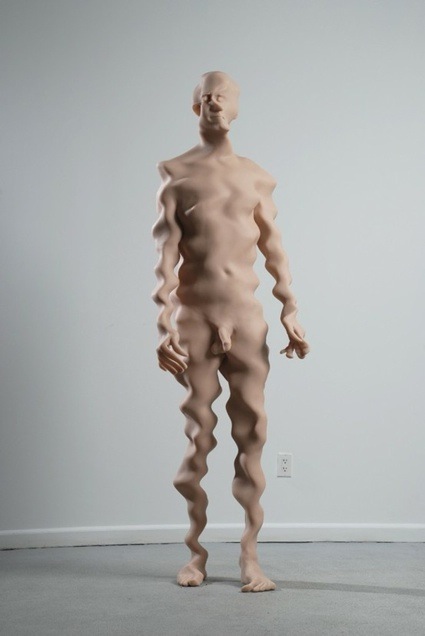 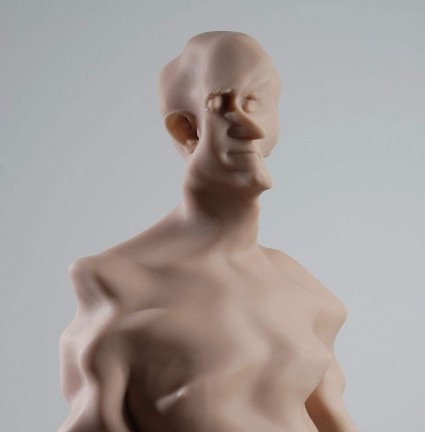 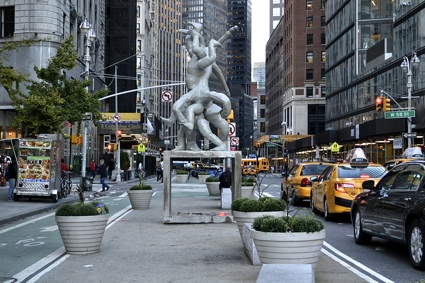 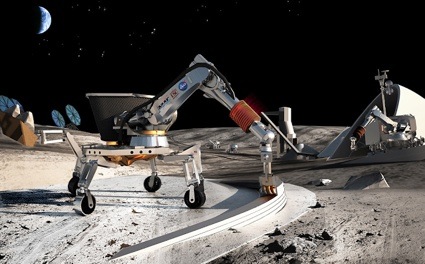 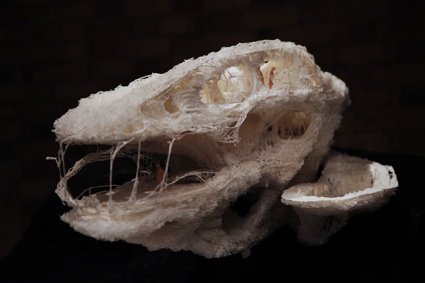 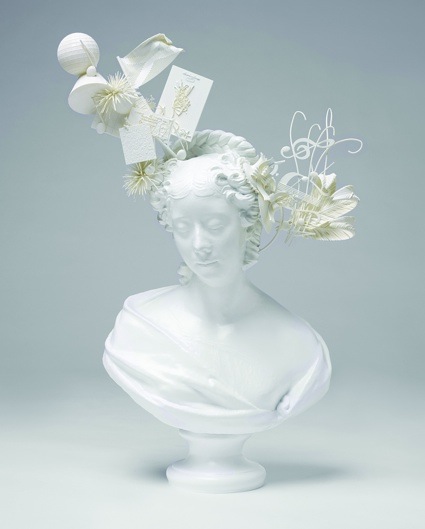 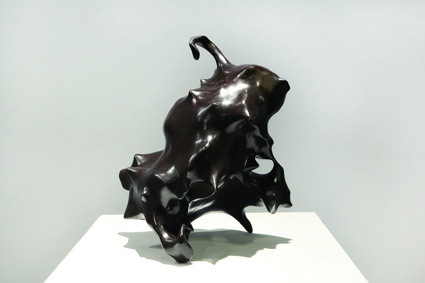 Out of Hand: Materializing the Postdigital is an exhibition, curated by Ron Labaco and running at the Museum of Art and Design in New York City until July 6th, 2014.