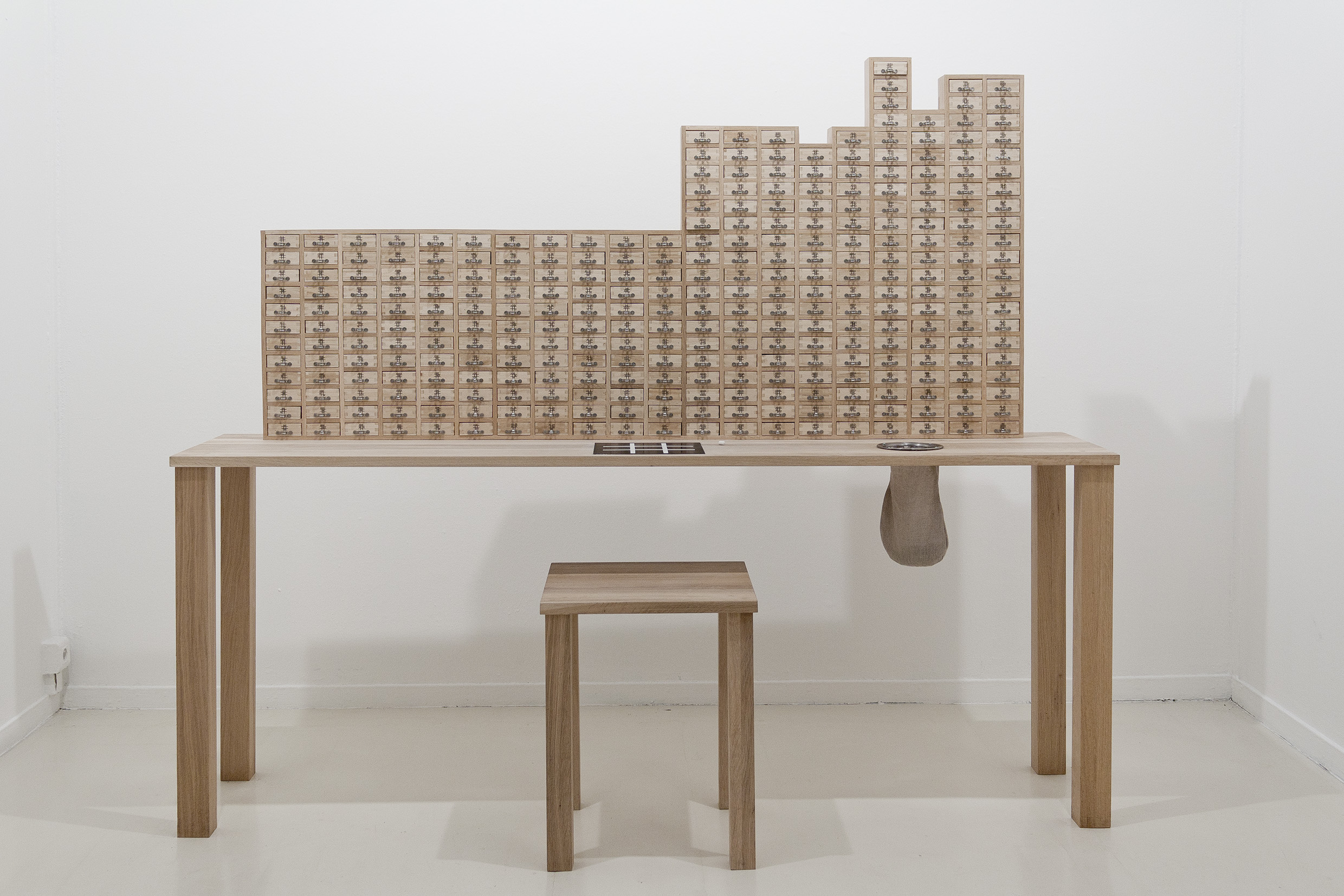 In 1961, Donald Michie, a British WWII code breaker and a researcher in artificial intelligence, developed MENACE (the Machine Educable Noughts And Crosses Engine), one of the first programs capable of learning to play and win a game of Noughts and Crosses (or Tic-Tac-Toe if you’re American.) The work emerged from his wartime discussions with Alan Turing about whether or not computers could be programmed to learn from experience.

Since he had no computers at his disposal at the time, he created a device built out of matchboxes and glass beads to simulate a learning algorithm.

A few years ago, Julien Prévieux (who’s imho one of the most interesting artists of the moment) recreated the machine under the form of a beautiful wooden piece of furniture. MENACE 2 (Machine Educable Noughts and Crosses Engine) can be played right now at Kunsthalle Wien where it is part of The Promise of Total Automation, an exhibition that explores machines and their potential to elevate or enslave us (i reviewed it last week.) 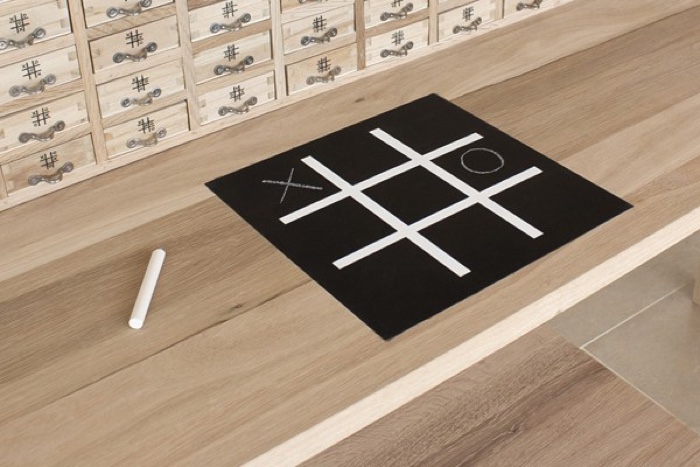 There are 304 little wooden drawers (or matchboxes in the original version created by Michie.) Each of them represents a unique board position that the player can encounter during a game. Each drawer is filled with coloured beads that represent a different move in that board state. The quantity of a colour indicated the “certainty” that playing the corresponding move would lead to a win.

Menace “learns” to win the game by playing repeatedly against the human player, honing its strategy until its opponent is only able to draw or lose against it. The trial and error learning process involves being “punished” for losing and “rewarded” for drawing or winning. This type of machine learning is called reinforcement learning.

1st move, Menace’s turn: The operator opens the top left matchbox/drawer that displays the empty board, opens it and takes out a random bead. The color of that bead determines the space that Menace will mark with a cross or a nough. The player marks the move on the grid and puts the beard on a specially-designed little container added in front of the drawer to remember Menace’s move.

2nd move, the human player places his or her counter on the grid.

3rd move, Menace’s turn: the player identifies the drawer that displays the current board layout, opens it and takes out a random bead. Once again, the color of that bead determines the space that Menace will mark with a cross or a nough. The process is identical to the 1st move.

4th move, player’s turn: The human player places the counter in the spot that will prevent Menace from getting three in a row.

The operator/player keeps on playing until the end.

When Menace loses, the beads on the drawers are put aside, in a bag. This will decrease the probability of Menace making those moves in those states again. If it was a draw, an extra bead of the colour played is added inside each relevant matchbox/drawer. And if Menace wins, three extra beads of the same colour are added, making it more likely that it will makes those moves again next time. 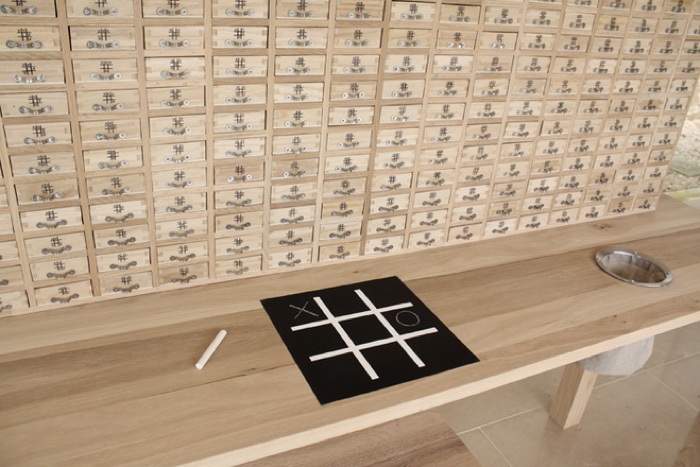 This wooden version of artificial intelligence is crafty, unassuming and stylish but its low-tech appearance might make us forget about the fears and doubts we might have when we think about artificial intelligence. AI is no longer a topic of science fiction novels, it is a field of research that’s evolving rapidly and is seen by some as threatening to take over our jobs and govern our daily lives.

The Promise of Total Automation was curated by Anne Faucheret. The exhibition is open until 29 May at Kunsthalle Wien in Vienna. Don’t miss it if you’re in the area.

Also in the exhibition: Prototype II (after US patent no 6545444 B2) or the quest for free energy. For my review of the show, press play.