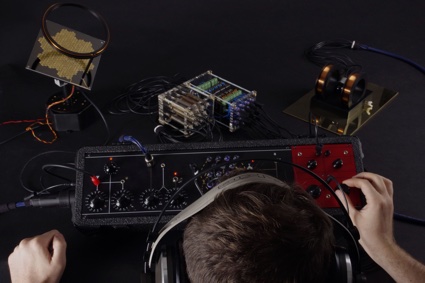 Science fiction films (with a few notable exceptions such as Stanley Kubrick’s 2001: a Space Odyssey) often show rockets and spaceships exploding loudly in outer space. Yet, there’s no noise in empty space. What we call “sound” is actually vibrations in the air.

In a similar way but with more scientific backing, Sam Conran, a recent graduate from the Design Interactions course at the RCA, has been looking at the ‘sonification‘ of live macrocosmic phenomena that are actually not producing any sound. The result of his research is the Kabbalistic Synthesizer, a fully functioning prototype that uses the combination of electric signals in order to simultaneously synthesises variations in the Earth’s magnetic field with cosmic rays and Jupiter’s magnetic storms.

The device is comprised of a Helmholtz Coil and Magnetometer to create a uniform magnetic field and read local variations in the Earth’s magnetic field; an 18 tube drift hodoscope to detect cosmic rays and their trajectory from other galaxies; a fractal reflector and loop antennae mounted on a robotic base that tracks Jupiter or the Sun and picks up magnetic storms coming from these celestial bodies. These instruments can be modulated from a control panel.

The project has ultimately been a quest to understand sound design as a gnostic utility and fundamental precedent to the way we might interact and value our environments..

Hi Sam! Why do you think it was important to speculate on sounds that don’t exist? What guided your design of these sounds?

I guess being what, I am I have a relationship with sounds that don’t exist – that’s maybe why it’s important for me, I’m passionate about exploring sound design that changes perceptions in real life as opposed to just on screen. My project was guided by this and an example called ‘the Singing Comet‘ is useful. This was a sound that went viral and was the main talking point of the ESA Philae mission in the media.

What’s interesting is the way the sound was portrayed in relation to the science and the aesthetic relationship the designer made to film sound. We all have this collective idea of what space sounds like which is guided by the big sound designers and the first filmic experiences of space – I think what the singing comet demonstrates through its success is the desire we have for space to be animistic as opposed to a vacuous dead zone. What guided my design approach was the way this sound had been pushed into the world as being real. The sound of the singing comet was designed and made by compressing data from days into seconds and mapping this to parameters of effects within some sound software.

I personally thought it would be nice to focus on the idea of creating real sounds and real time relations that we can perceive in relation to our own perception of time – not compressed and not stretched. As a result, the only parts of which I can say I have designed are the ways in which the user of the synthesizer can play and manipulate the raw inputs – the rest is process. It has been more about the pulling together of already present techniques for monitoring these phenomena than designing sounds to fit them. The sounds are not being determined by me but the ways in which they are listened to, which is guided by these processes.

The radio telescope is a noise input receiving raw noise coming from the cosmos and Jupiter/Sun noise emissions at 21mhz. The Magnetometer is translating real-time ‘micro Tesla‘ fluctuations in the Earth’s magnetic field to a process called FM Synthesis, an already existing theory of natural sound synthesis invented by John Chowning in 1973 (Stanford department of AI). The Cosmic Ray detector doesn’t make sound at all but is acting as a random event generator – as the arrival of cosmic rays are truly random I liked the idea of using them to trigger processes on the other sounds, like a keyboard on a traditional synth. 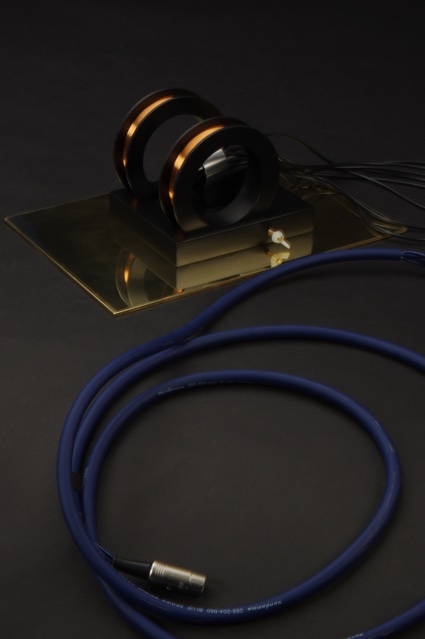 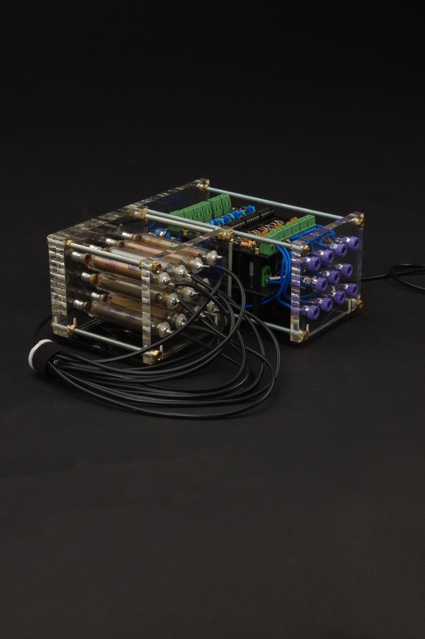 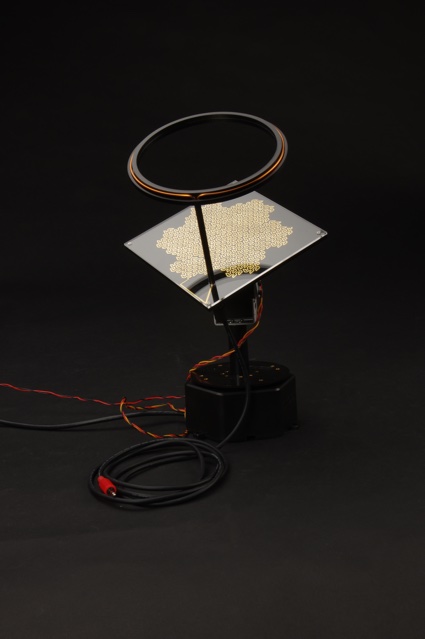 How much of the technology already existed and how much have you had to develop yourself to create these 3 instruments?

The technology for all the devices was already invented but it’s not off the shelf. Each device was designed and hand built, needing a lot of help in the end to produce. I have not read physics so the process has relied on many generous people at Imperial Blackett Lab and online. There was a lot of googling.

I was also curious about the reasons behind your choice of phenomena to explore: why magnetic storms, cosmic ray, the Earth’s magnetic field? What did you find particularly interesting?

I ended up replacing the usual functions of a synthesizer; noise – signal and operator/keyboard with object-based experiments that could replace these. In the Synth the noise is coming from the radio telescope the signal is coming from the Helmholtz Coil/fluxgate and the Keyboard is operated by the Cosmic Ray detector. There is no real reason beyond that – they are all fascinating phenomena and I became aware of some strange theories about the Earth’s magnetic field along the way but it wasn’t my intention to sign post anything like that. During the show that’s something I had to be clear about – this is a synth that takes raw inputs and allows you to adjust, play and filter the outputs, in the end its all about the theatricality of the sound and its source and how that changes our perception. 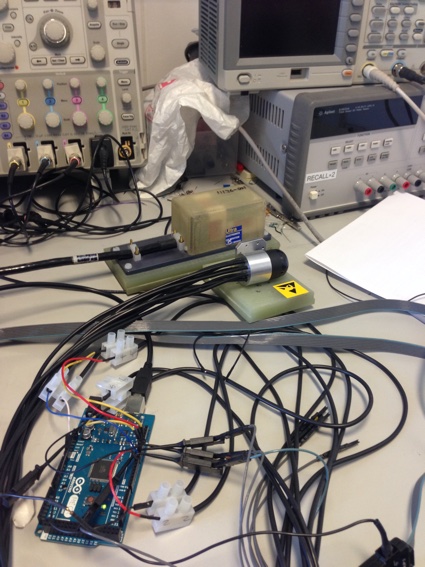 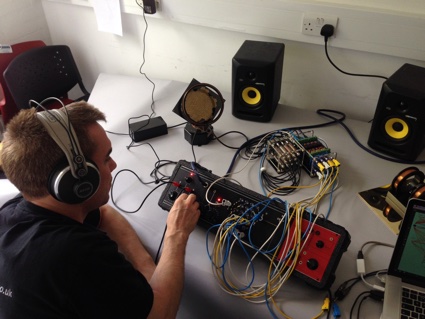 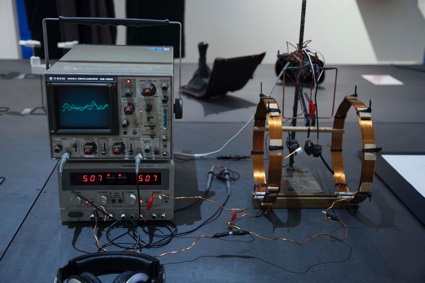 View of the installation at the work in progress show, Royal College of Art. Image courtesy of Sam Conran

Are you planning to expand the project and work on other macrocosmic phenomena?

I am looking into ways in which I can streamline it, make it more portable. I would like to get it to a stage where I can start to collaborate with it, the synth outputs a standard control voltage so the cosmic rays could be used with other modular systems. I think next steps is to have all the software self contained in the synth. I’m trying to figure out the best way to do this at the moment. 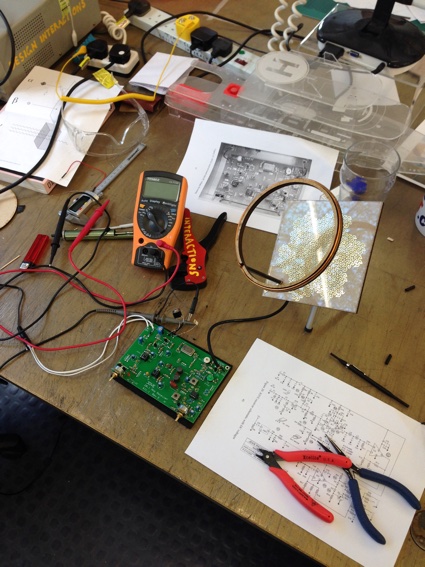 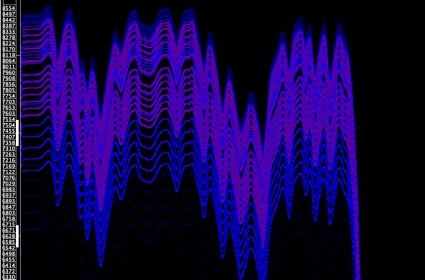 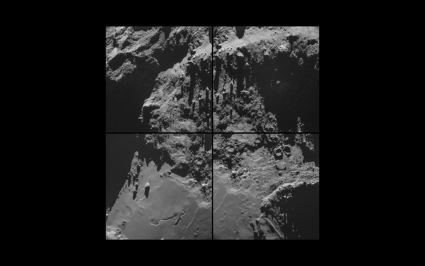 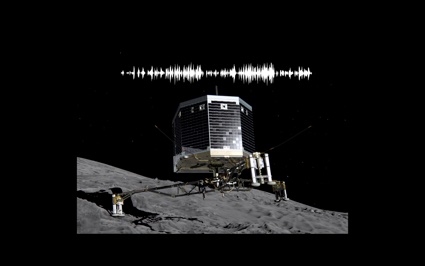 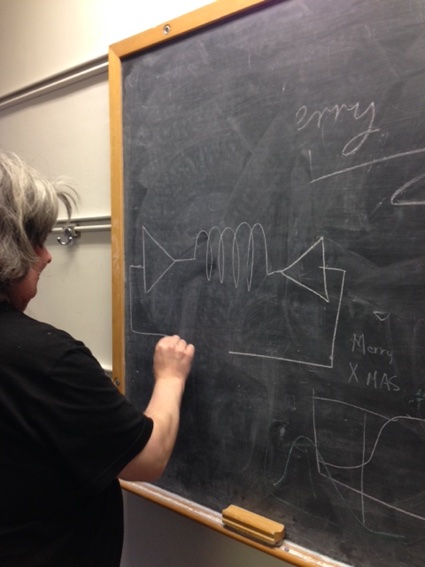 Your work is called Kabbalistic Synthesizer. I get the Synthesizer part but why Kabbalistic? Why introduce this element of esoterism in the work?

Kabbalistic is a very loaded word, but I feel it could not be anything else. The name was the starting point, it came before the project had begun to develop and has stuck all the way. It fits the process which definitely on the technical side of things has pushed me into a new world – It’s inherently esoteric if you’re not a proper physicist I think. It’s how I’ve felt all this year. The name also fulfills a role as a brand name for the device, everyone can relate to that I think – it frames the synth as a product. Hooking into the macrocosmic through sound is quite desirable I discovered. A lot of people during the RCA show approached it as a genuine attempt at innovation. 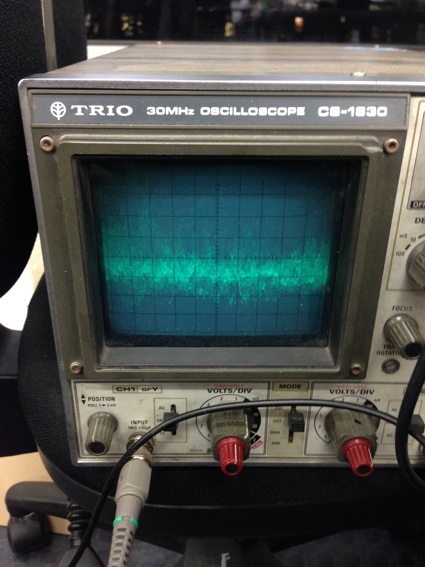 What i’m trying to get across is really summed up in the comments section of the singing comet recording. I intended the project and its sounds to provide a kind of critical ambience to think about design strategies that might incorperate mindfulness through immersive/hedonistic tech. I’M A BIG FAN OF THIS BTW.

The best time and place would be up a mountain during a solar storm.

At the show, you mentioned that you were going to do some performances with the instruments? Where will this happen? And what is a performance like? Do you just let the instruments pick up and create the sound or do you actually intervene and modulate them for example?

I’m doing a performance on the 8th August at Wilderness Festival; it’s a show and tell as a backdrop to a talk by John Thackara about “ways of knowing and monitoring the environment in real-time as the starting point for a new economy”. I’m hoping to get good signals as its in a forest outside of London – I will play with what’s there, have a listen. It’s all dependent on what’s picked up and then there are the controls that make it more of a performance, its a lot like tuning a radio, you can dial in. 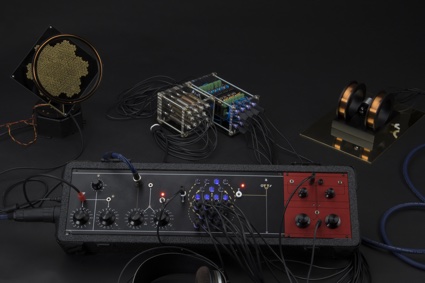 You can listen to some of the sounds produced by the synthesizer on soundcloud.