I don’t have the time to write about many of the interesting artworks i discover over conversations or even through my visits to galleries, festivals and museums. So i put them in a digital drawer that i often forget to open. Today, however, i’d like to share with you an installation i discovered while discussing with Peter Bencze during the Fotopub festival in Novo Mesto, Slovenia. Bencze is the owner of ENA Viewing Space, a gallery on a rooftop in Budapest. He had recently helped artist János Brückner instal a work that was part of the celebrations of the 30th anniversary of the Ludwig Museum in Budapest. It all started peacefully enough…. 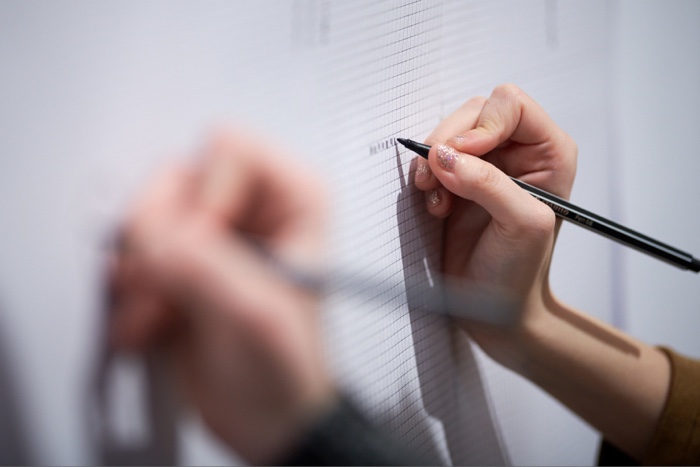 On day 1 of the opening of the exhibition at Ludwig Museum, visitors encountered a wall surface covered with white paper. As they got closer, they could see numbers in tiny squares that indicated how many notches per unit surface must be drawn using the marker pens available. Over time, the instructions said, a picture would emerge. This collaboration between people to recreate an image, according to Brückner, transforms the participants into a giant “human printer”. This is part of a series of art pieces that, instead of imitating nature, imitate the functioning of machines and embrace human imperfections and errors.

“An essential aspect of these works is that they allow for errors, or, to be precise: there are no rules and regulations prescribing what has to be done,” he explained in an interview. “There is a description next to the colouring sheets explaining that if the spectators are interested in the picture, they can make it visible with this and that method, but it never says they have to do it in a certain way and everything else is forbidden. Therefore, this is a zone where it is up to the recipients to decide what they do: whether they collaborate, rebel, or remain indifferent. A bit like in real life outside the exhibition. The result – the artwork – is a perfect imprint of how the recipients reacted. In other words, these images cannot be “messed up”: every error, rebellion and non-cooperation is an important component of the final artwork.” 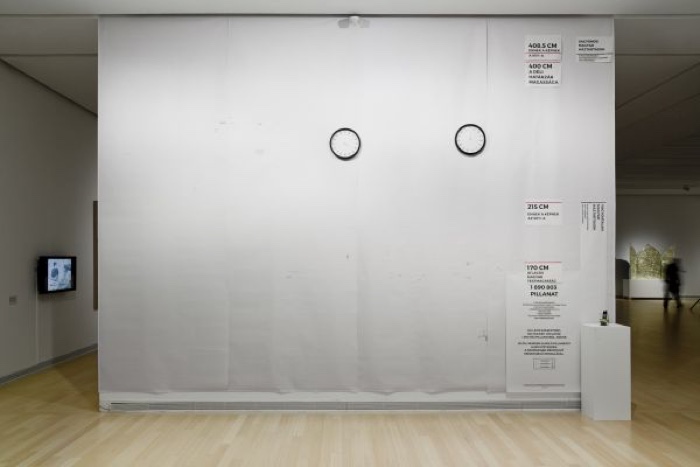 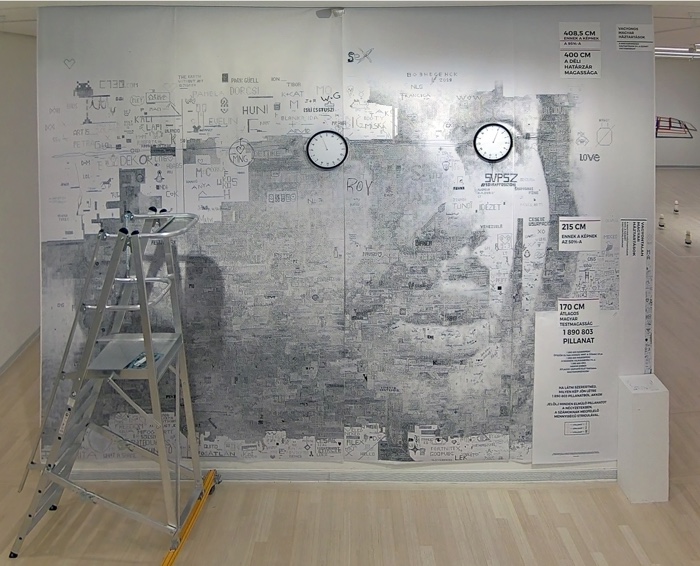 For two months, museum attendees contributed to the completion of the enormous wall drawing. No one, not even the museum director, knew what it would depict. It’s only towards the end of the exhibition, that the final image started to emerge: a portrait of Viktor Orbán, Hungary’s far right leader and bulldozer of liberal democracy. He was much 30 years younger on the image and instead of eyes, he had two clocks, each spelling out the phrase “This Too Shall Pass”.

Just like the wall drawing, Brückner said, Orbán is the “result of a common creation and/or error.”

The appearance of the prime minister’s portrait is said to have have triggered serious tensions between the director, Brückner and Bencze.

The artist wanted to document the finished work, but when he arrived at the museum, the drawing had already been taken off the wall. The museum justified their decision by saying that the work was “weak” and that it dit not even “carry a specific message”.

No matter what one might think about the quality of Brückner’s large-scale installation, it made palpable the power of a portrait of the prime minister and the type of fear and (self-)censorship it can bring about in individuals and cultural institutions.

János Brückner, Have You Ever Hugged a Politician?, 2016. Video by Máté Fillér & Csilla Orosz

I love Brückner’s ingenious, brave and quiet critique of politics, the way he renders visible the influence politics has on the culture it often funds and thus controls. Back in 2016, the artist received an award from an independent art organisation. The ruling right-wing and populist political party saw the award ceremony as an opportunity to pose as a humanistic and empathetic “father“. At the moment of receiving his award on stage, Brückner expressed his gratitude by hugging the Secretary of State for Cultural Affairs – and didn’t let him go for a long, extremely awkward full minute. 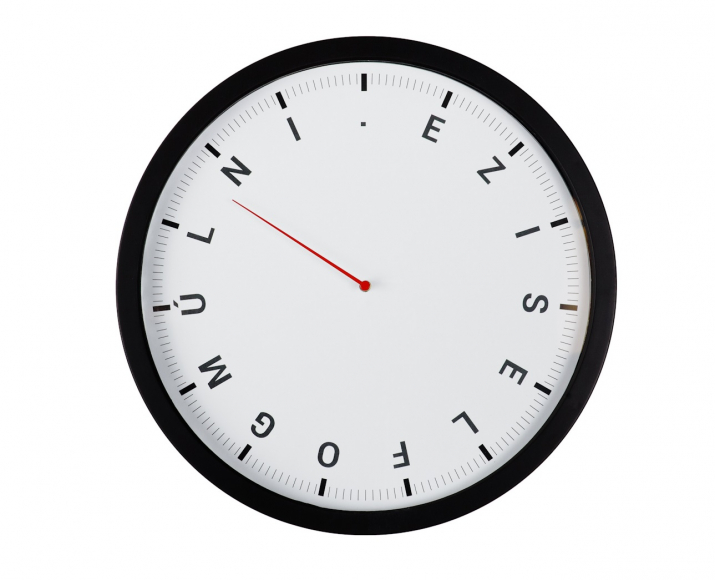