Invasive. What if your tax money was used to kill animals?

At first sight, there’s something inherently funny in a headline that claims: Warning as alien mussels found near Heathrow airport. But it turns out that these molluscs not only sit on top of native mussels and smother them to death, they also threaten thousands of other native animals and habitats. If that were not enough, they are also accused of disrupting water supplies by blocking pipes and causing flooding.

These mussels are only one of the many invasive species that are identified by environmental departments as posing danger to biodiversity. These invasive plants and animals are often eradicated using drastic measures. Authorities can infect them with a virus, for example. Or they can use chemicals, hunting, fires, birth control, etc. These measures are expensive and they also create a dilemma for citizens who are caught between a desire to preserve the eco-system and a reluctance to kill animals.

Lisa Ma identified and fleshed out this dilemma in her work Invasive. The project brought her to Ghent in meat-loving Belgium. Ghent is often called the “Vegetarian Capital of Europe.” In 2009, it became the first city in the world to adopt a weekly vegetarian day. Restaurants now offer at least one vegetarian menu item, every Thursdays (the city “vegetarian day”) schools serve entirely vegetarian meals and maps listing the places selling fries fried in vegetable oil circulate (that might not seem extraordinary to you but as a Belgian i grew up eating fries cooked in beef fat.)

Ghent prides itself on being animal-friendly thus. Yet, Lisa soon discovered that the city is spending tax payers’ money to kill thousands of invasive Canadian geese every year. The animals have taken advantage of the well-preserved ecology of the city and of the absence of competition or predators. The heavy birds constantly push the soil into Ghent’s canals and literally blocking a city already below the sea level. 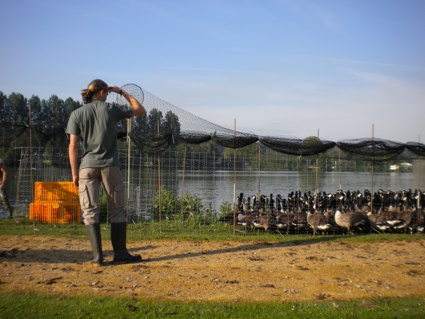 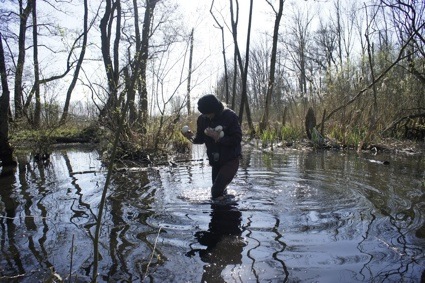 The city deals with ‘the problem’ by eradicating the Canada geese at great cost. The animals are round up, individually injected with poison and incinerated. People would also take eggs from the nests and throw them in the river. They make sure to keep one egg though. They shake it and put it back in the nest, so that goose parents would continue to nest the ‘dud’ egg all summer instead of starting a new batch.

Collaborating with cultural organisations Timelab, FoAM, Vooruit, the newly formed food council and a series of local experts, Lisa Ma suggested that the citizens of Ghent ate the invasive animals, rather than leave them for governments to poison at huge public costs. 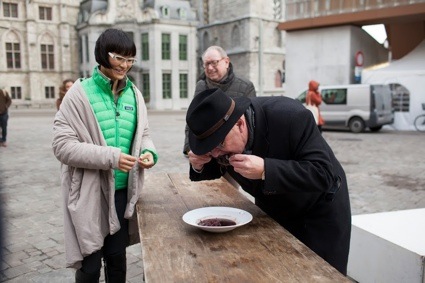 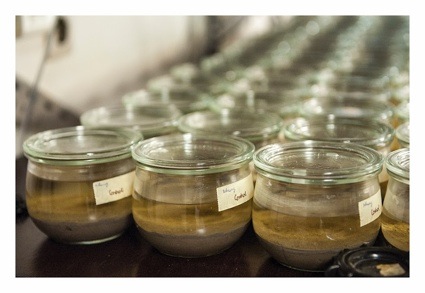 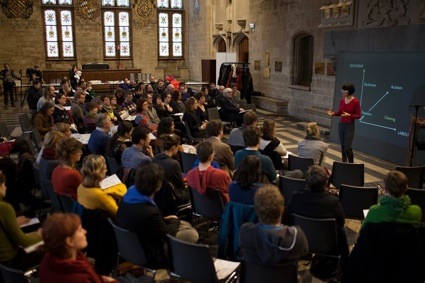 Unsurprisingly, the idea spurred an intense debate in the media. But it also led to some pretty unusual experiences: volunteers jumping into rivers to fish out freshly thrown eggs, vegetarian chefs crying when they cooked their first gosling pie, making feather plucking machines from cement mixers, etc.

The Invasive project also attempted to tackle the notoriously invasive Japanese Knotweed. A local cake store used the plant (which tastes like rhubarb ‘without the laxative effects’) to bake cheesecakes. Invasive grew into a real movement that even launched the first ever food council in the city. 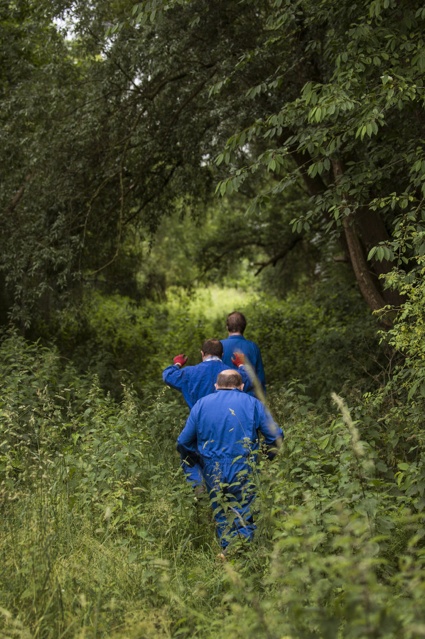 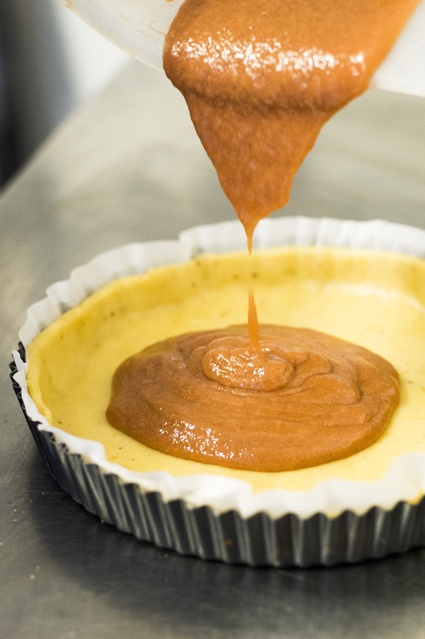 These last two paragraphs which sum up some of the lessons learnt in the process were written by Lisa:

The project also addressed a new shift in our believes and values. Vegetarianism used to be a form of activism, what now when it’s become a status quo and no longer addressing the dilemma between our believes and our values?

There is no such thing as perfect solutions, even this story of eating invasive animals has its potential pitfalls. Equilibrium doesn’t last forever, so activism must be iterative to reassess it’s relevance to the dilemma. This project is a real-life case of how even the most aspirational of political communities have a need to further challenge a status quo, even when it had become the pride of their own city.

Image on the homepage: Edward Vercruysse.