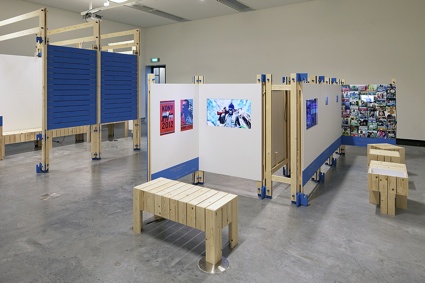 The Graphic Design Festival Breda, that event which explores current developments in the field of graphic visual culture and turned me into a super fan of everything graphic overnight is over but one of the exhibitions part of the festival is up until the end of next month at MOTI – the Museum Of The Image in Breda. And it’s a good thing because that little show is really good.

Resolute – Design Changes shows the work of graphic designers who aren’t afraid to come to grip with burning social and political issues.

Their work goes beyond protest. The designers make us confront problems we’d rather not think about, they turn complex issues into clear and limpid visual communication, and some of them even craft tools that can be used for immediate action.

Resolute – design changes explores the current state of social responsibility taken up by designers. In vigorous projects these firm designers are determined to contribute to the process of change in society and their profession. Based on moderation, inspiration and engagement they encourage people to shape their opinions and stimulate them to take action.

The show was curated by Sven Ehmann and Dennis Elbers. I don’t know which blogs and magazines these two eat for breakfast but i’d better find out and subscribe to them because it looks like i’ve been living under a stone over the past few years. All the games, posters, publications, projects and campaigns selected were strong and many of them were entirely new to me.

Quick overview some of the most striking ones: 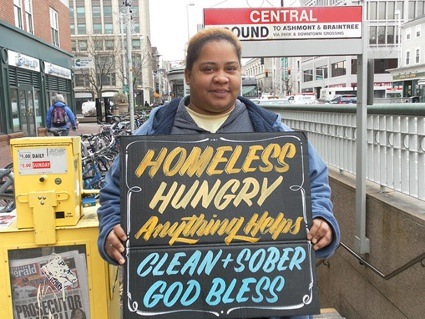 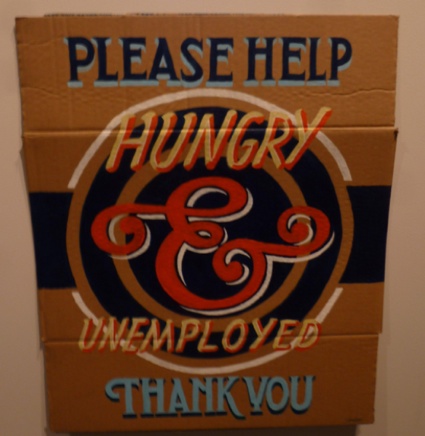 Christopher Hope and Kenji Nakayama, Signs for the Homeless, 2012

Since 2011, Kenji Nakayama has been hand-painting signs for some of Boston’s homeless population. The hastily written slogans that homeless people hold in the hope to get passersby attention go from beige brown bits of cardboard to colourful design pieces. 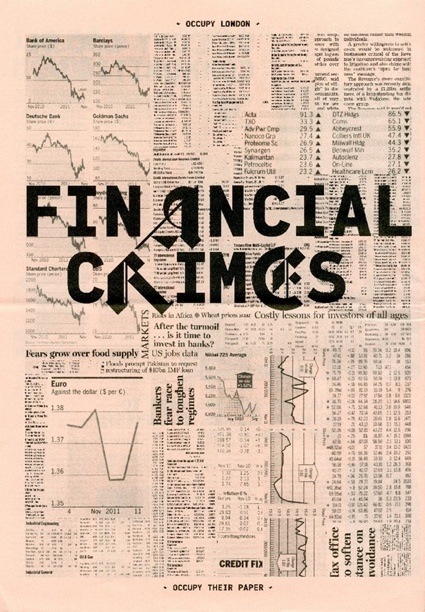 The Occupied Times of London is a political newspaper founded in October 2011 during the first week of the occupation of St Paul’s.

Free, non-profit and devoid of any advertising, the publication is dedicated to highlighting perceived problems with current global socio-economic practices: “Neoliberalism is bleeding society dry, feeding upon the worst instincts of human nature and destroying the best – the qualities of solidarity, altruism, interrelationship with nature, meaningful work, and respectful coexistence within our families and communities.”

Tzortzis Rallis told Dazed & Confused “We use a typeface called Bastard designed by Jonathan Barnbrook. It’s reminiscent of the typefaces used by banks and companies during fascist times. He wanted to create a typeface that no one in the corporate sector would use to advertise.” 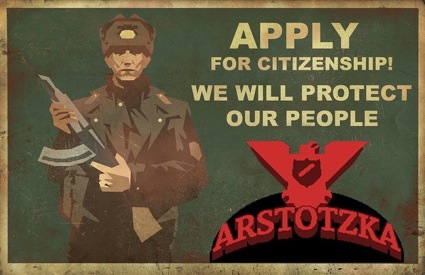 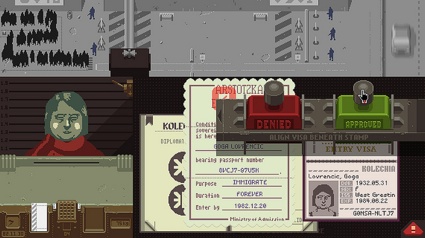 Papers, Please is a video game focusing on the emotional toll of working as an immigration officer, deciding who to let in and who to exclude from entering the fictional dystopian socialist state of Arstotzka.

The player earns money based on how many people have been processed and bribes collected. Money is taken out of the inspector’s salary if they let terrorists, wanted criminals, or smugglers enter the country. Any money earned has to be invested in paying for rent, food, heat, and other necessities in low-class housing for themselves and their family. As relations between Arstotzka and nearby countries deteriorate, sometimes due to terrorist attacks, new sets of rules are gradually added, such as denying citizens of specific countries or demanding current documentation from citizens. The player may be challenged with moral dilemmas as the game progresses; such as allowing the supposed spouse of an immigrant through despite lacking complete papers, at the risk of accepting a terrorist into the country. (via) 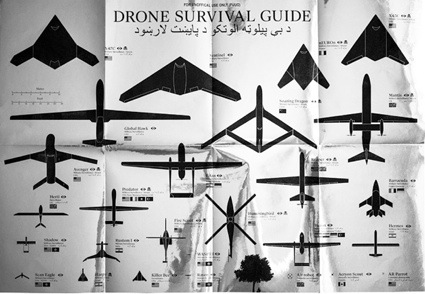 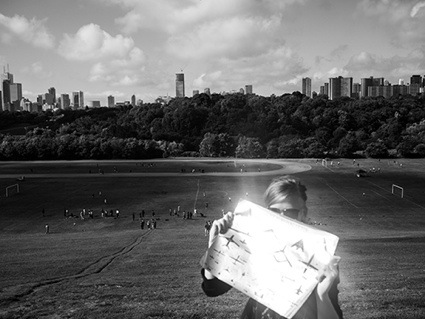 Ruben Pater’s Drone Survival Guide is a birdwatching-style poster designed to help you spot and identify drones. Silhouettes of the most commonly used drones are presented along with information about their country of origin and purpose: to spy or to kill. On the back of the poster, the guide details survival tips for spotting, hiding from, and interfering with the sensors of drones.

The poster was printed on a mirrored surface and could, in theory, confuse a drone’s camera and be brandished as an anti-drone protection. 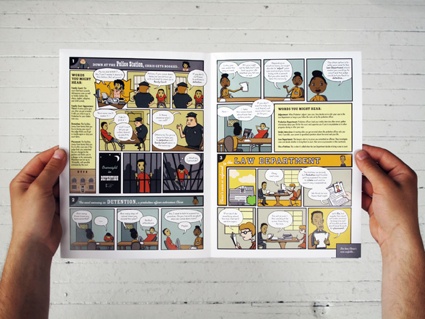 The Center for Urban Pedagogy collaborates with teachers and students, policy experts and community advocates, and artists and designers to turn complex urban-planning processes and policy-making decisions into engaging and visually appealing brochures. CUP’s aim is to provide practical advice to groups who lack access to such information: immigrants, public-housing residents, and at-risk youth, to name a few. 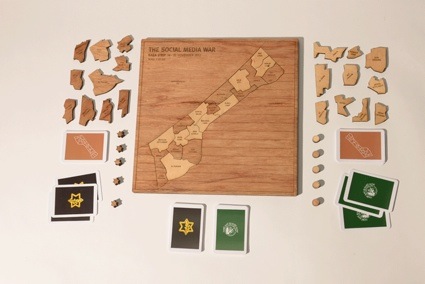 November 2012, The Israelian – Palestinian conflict erupts in an outburst of violence. This time not only in real life, but also on Social Media, where both parties use propaganda to conquer the hearts and minds.

The Social Media War is boardgame designed to give a visual, analog presence to a conflict fought in virtual space. Players can use propaganda to conquer and defend territories and thus win the digital war over the Gaza Strip.

I didn’t get a chance to attend the whole festival but hey, hurray, the organizers uploaded on flickr fantastic sets of images that document the event: 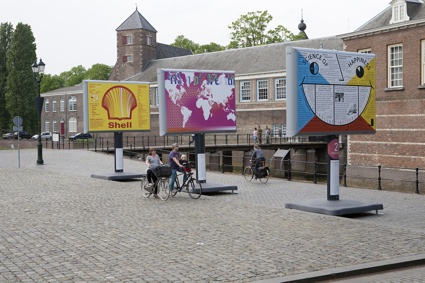 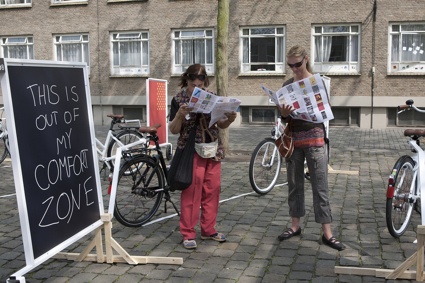 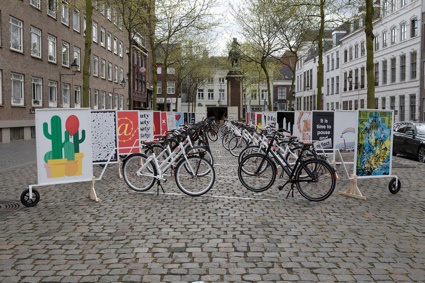 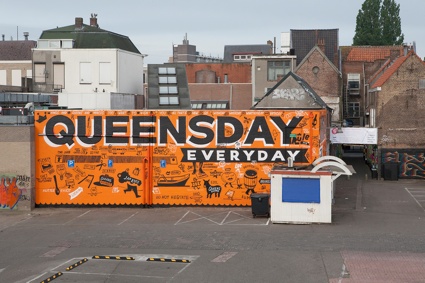 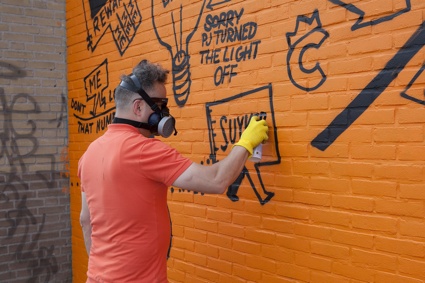 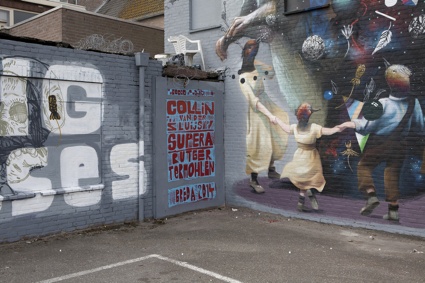 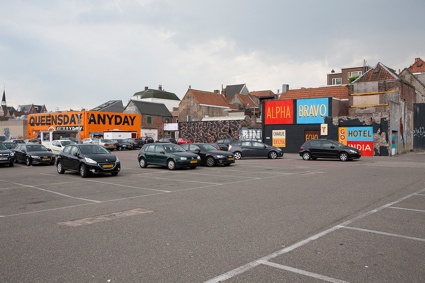 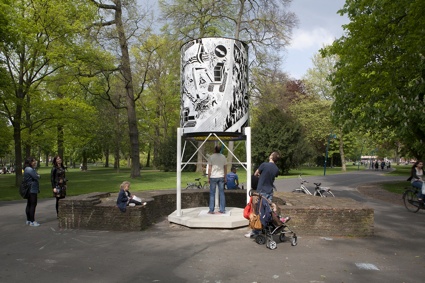 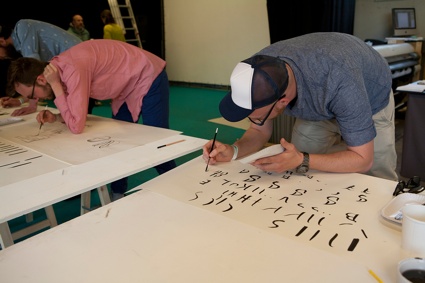 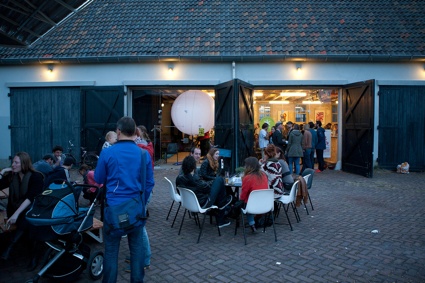 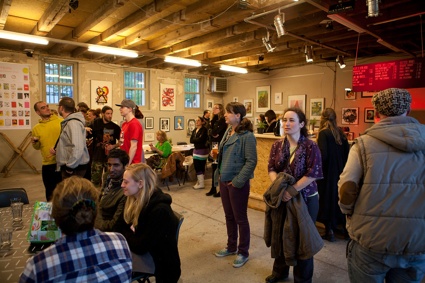 Previously: Conflict Kitchen and Branding Terror. The Logotypes and Iconography of Insurgent Groups and Terrorist Organizations.

The exhibition Resolute: Design Changes remains open at the MOTI – Museum Of The Image, Breda, The Netherlands, until till 29 June 2014.