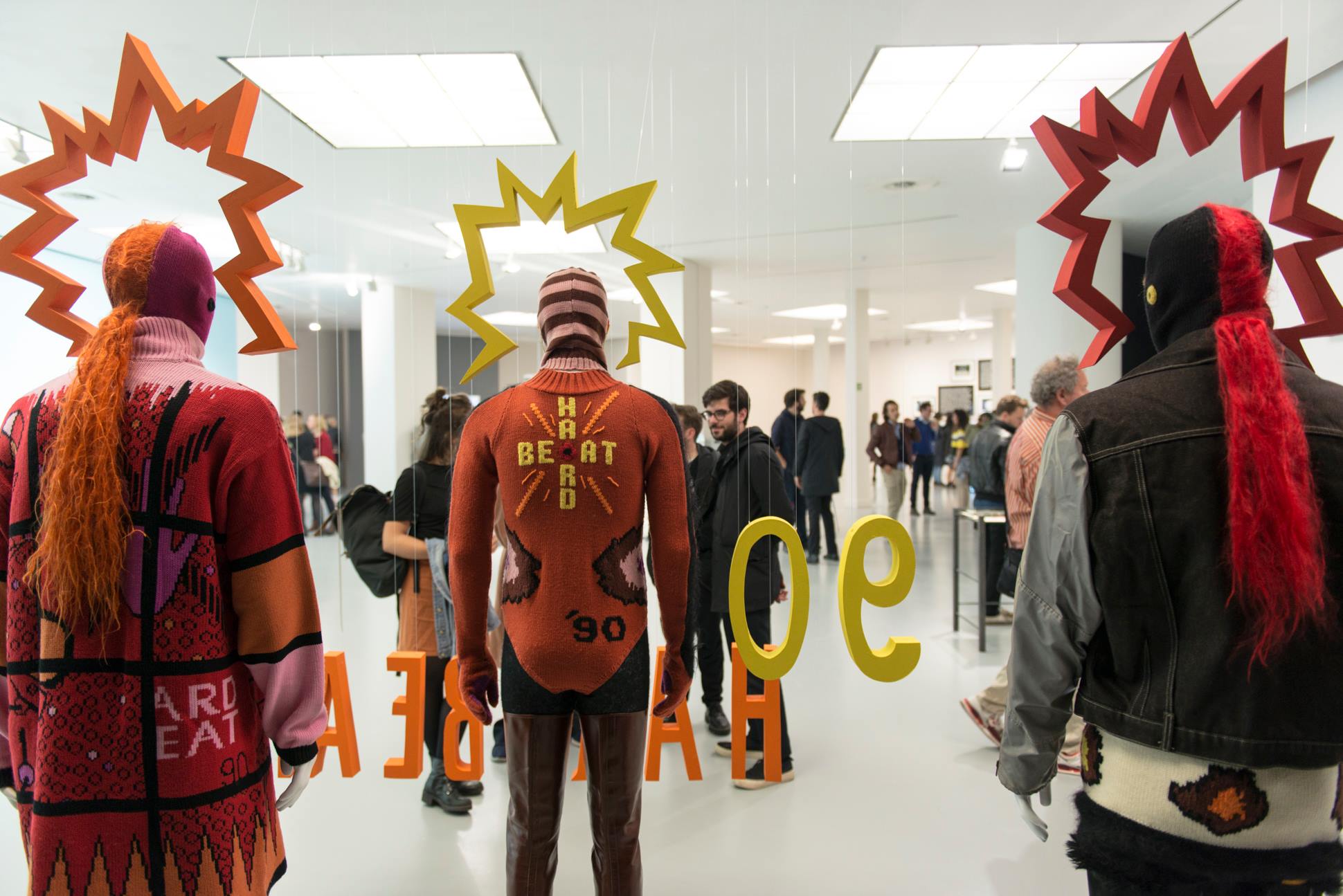 While i was in Antwerp a couple of weeks ago to visit Show Us the Money at the Photo Museum (i reviewed it on Monday in case you’ve missed the story), i checked out ENERGY FLASH. The Rave Movement, a M HKA exhibition which brilliantly puts the dance party culture of the 1990s into a neat museum package.

I had already loved the catalogue of the exhibition RAVE. Rave and Its Influence on Art and Culture and i was curious to see how the show compared to the publication. It was magnificent and invigorating. I stayed there for hours and i will probably run and see any show that curator Nav Haq organizes in the future.

I thought that a review of the exhibition might sound too much like a tiresome revival of my review of the catalogue RAVE. Rave and Its Influence on Art and Culture. So instead of my usual super lengthy art reports, i’ll just fill this post with lots of images from the show. Some are mine (the ones that lack any proper credit.) Most of the others are photos from M HKA, they show the preparation of the exhibition, the opening and the final installation views. There might be a couple of comments here and there because i just can’t shut up: 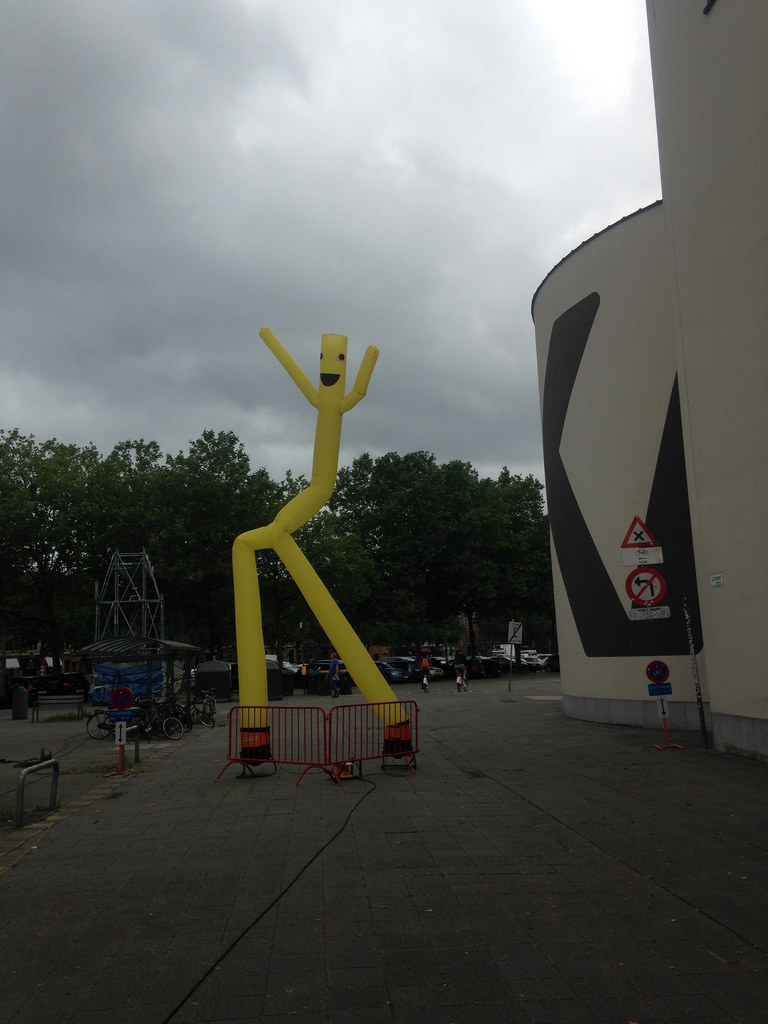 I’m not sure it had anything to do with the show but there was this giant potato frie raving right in front of the museum. Because we’re in Belgium, that’s why! 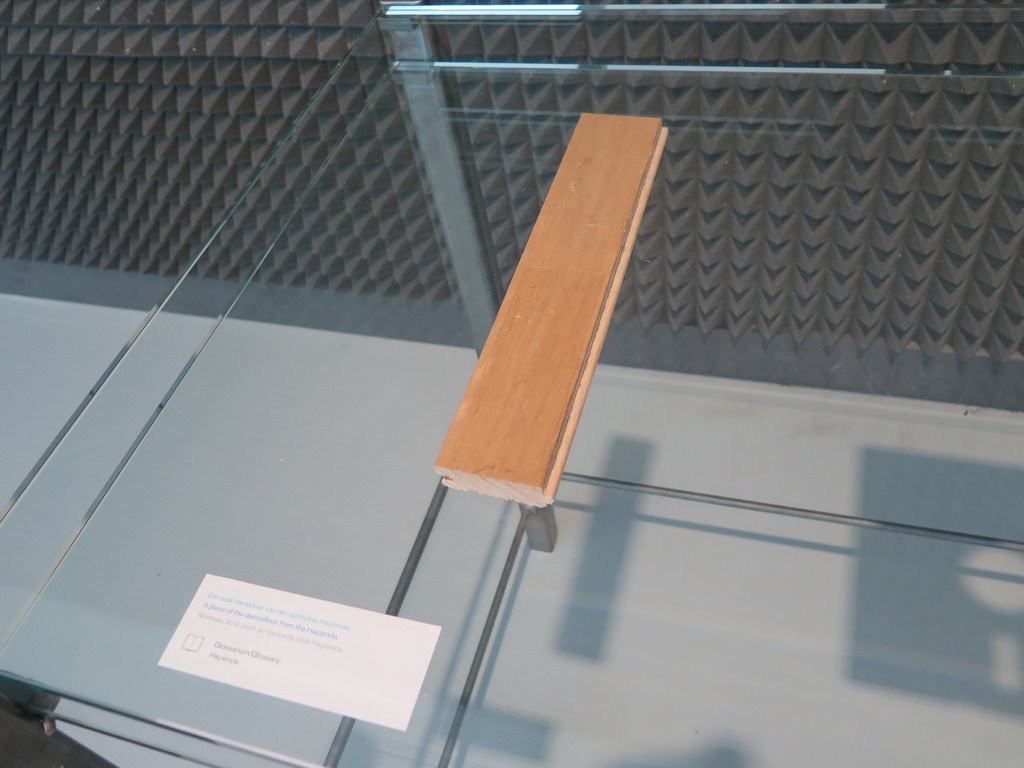 Piece of the dancefloor from The Haçienda

M HKA had the super smart idea to hand out little booklets titled A Glossary of Rave. The publication guided the visitor through some of the key places, phenomena, style and characteristics of the rave culture: Bocaccio Life (a nightclub in a small Belgian town), Copyright and how music publishing industries tried to crack down on the use of sampling, Acid House, New Beat, New Order, Relational Aesthetics, etc. The terms were also embodied by objects scattered around the show. The first one i spotted in the exhibition rooms was this piece of the dancefloor from The Haçienda, a famous nightclub in Manchester. 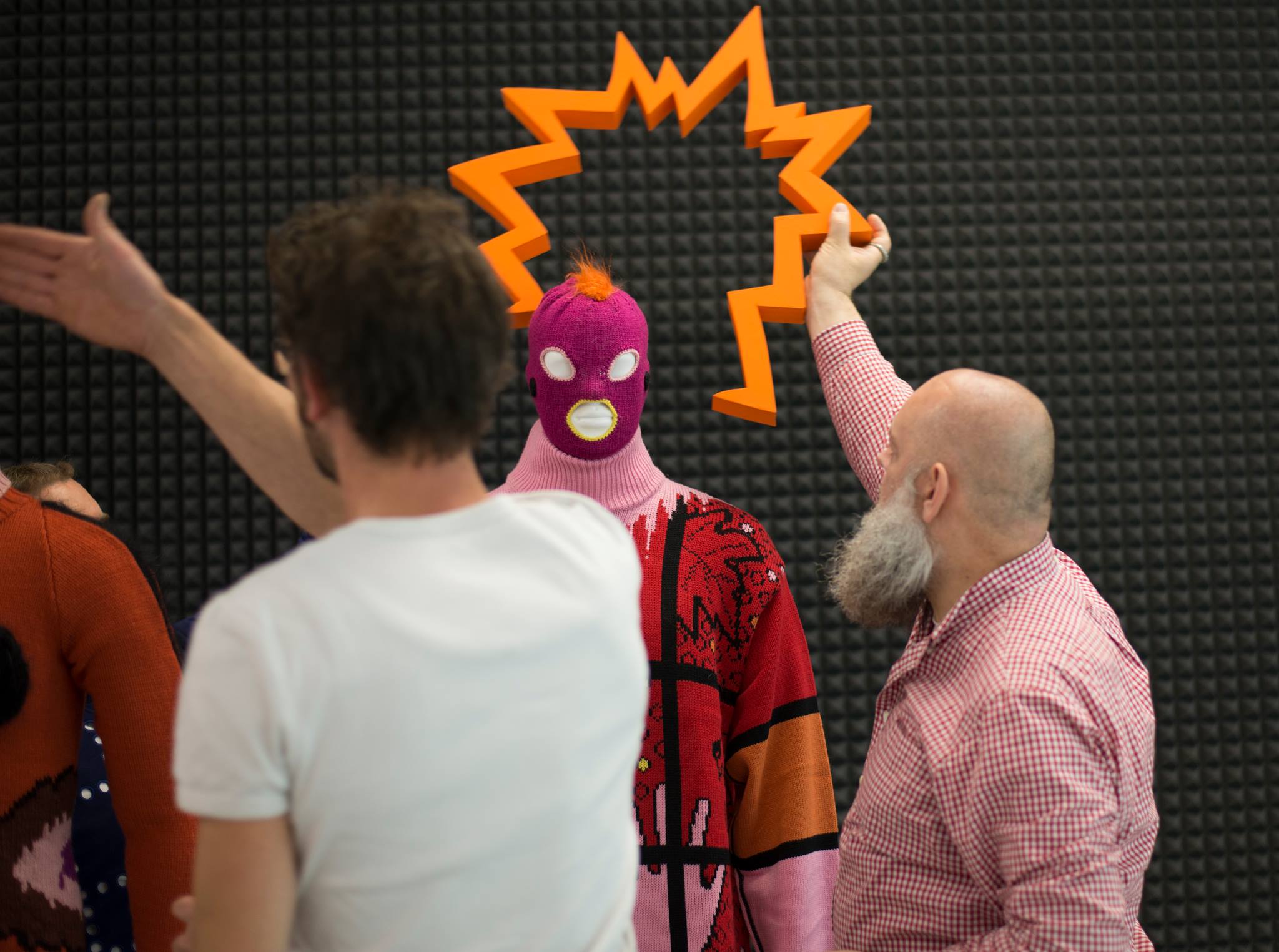 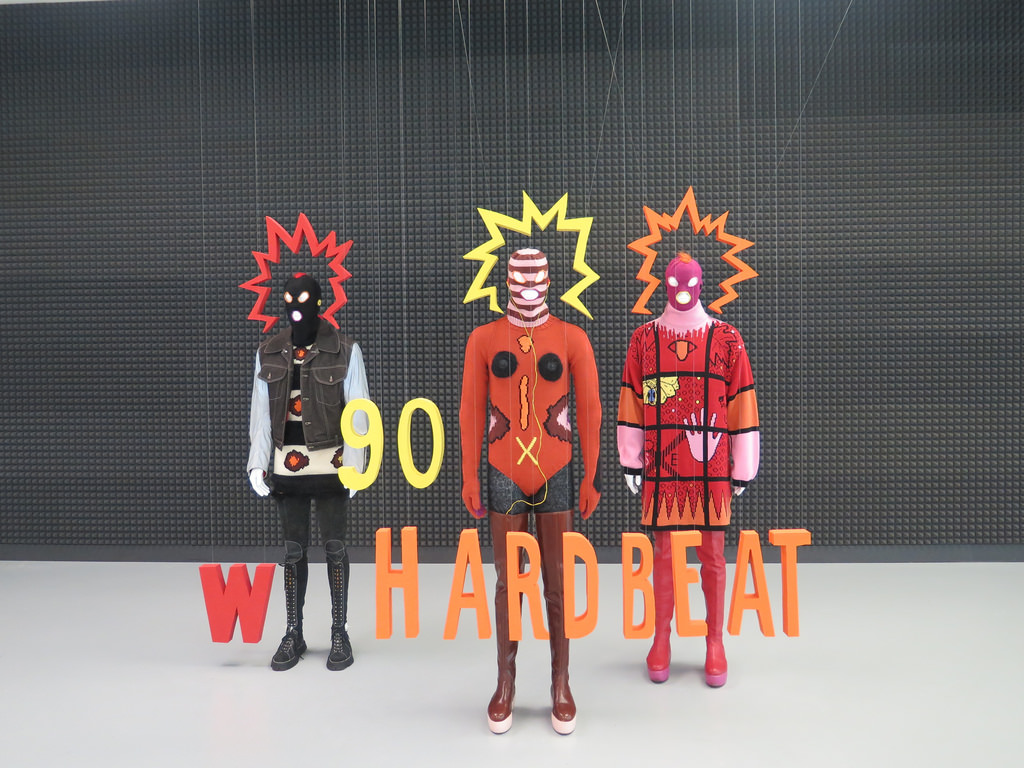 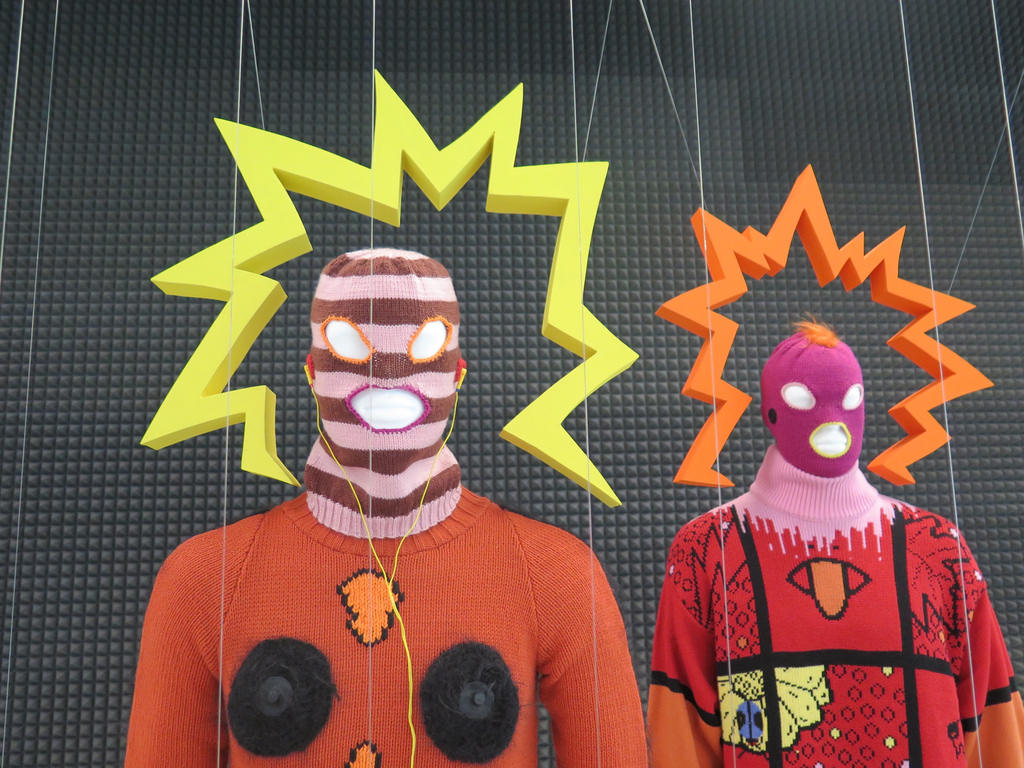 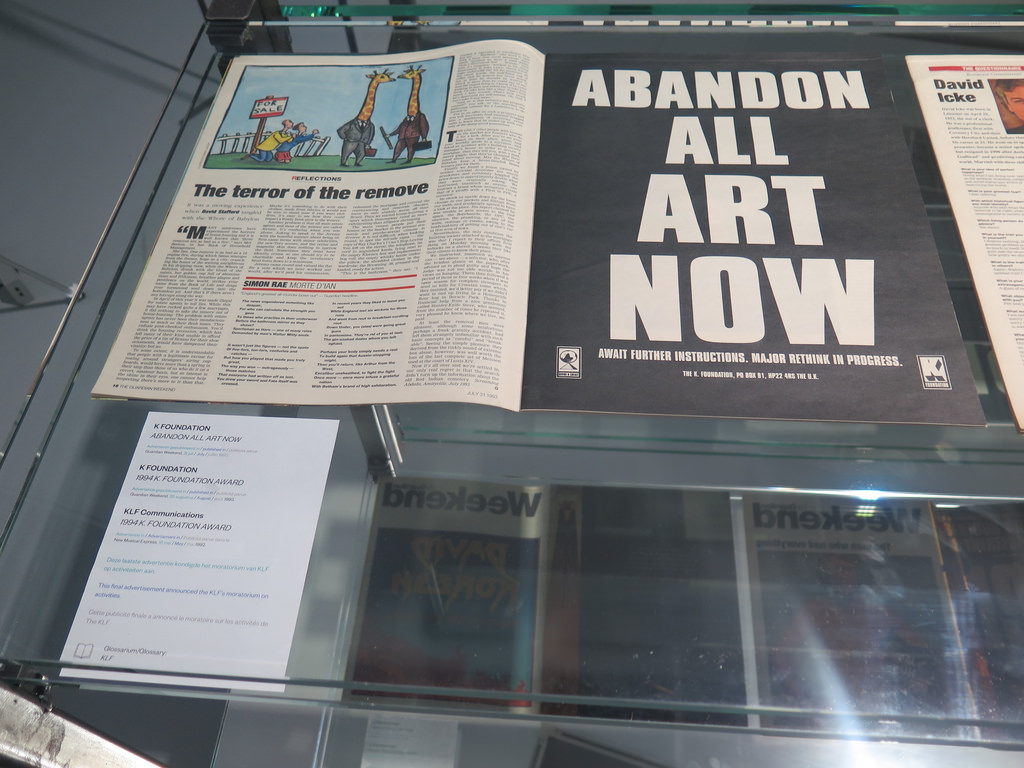 The K Foundation was an art foundation set up by Bill Drummond and Jimmy Cauty from famous Dance/Techno band The KLF. Between 1993 and 1995, they spent the money they had earned from the music industry by a series of actions that subverted the art world. Their most famous performance consisted in burning a million pounds in cash. 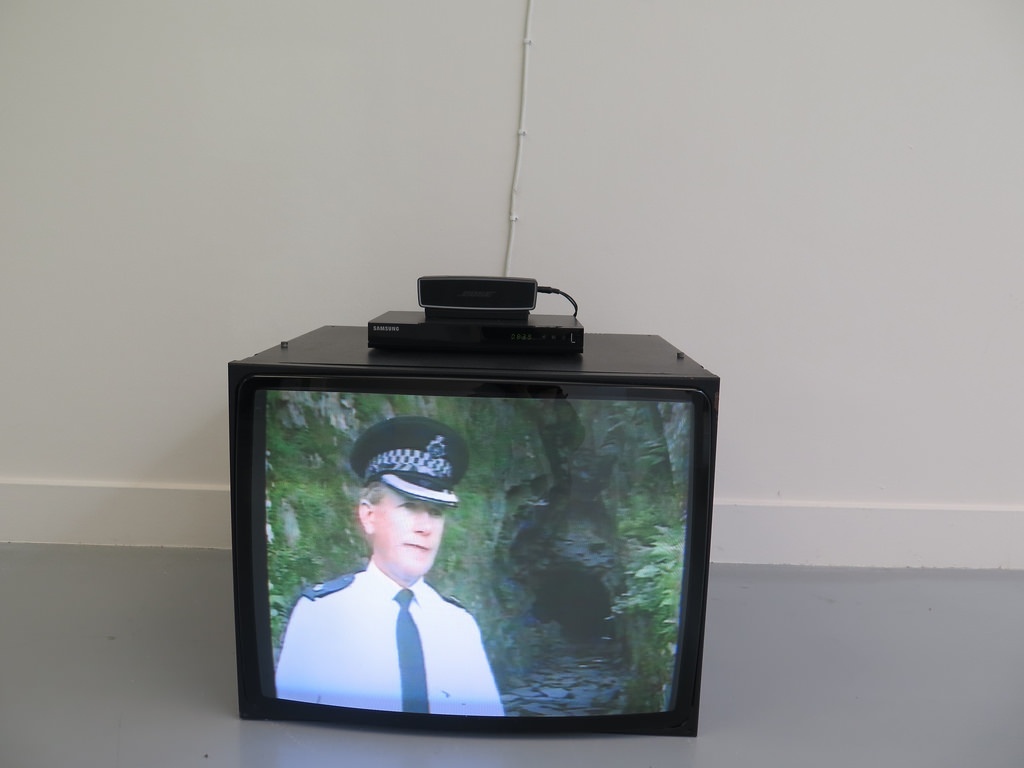 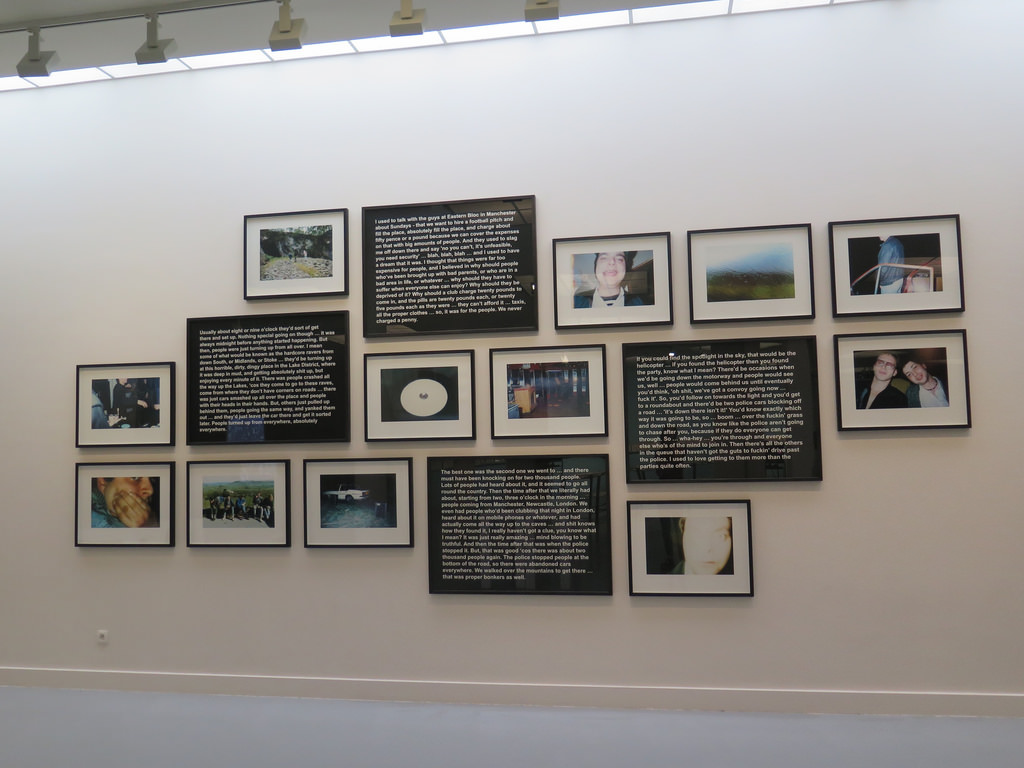 Real Arcadia documents a series of illegal “cave raves” that took place in a rural region of North West England during the late 1980s and early 1990s. The installation includes a clip from a local television news reporting on the wrongful deeds of the young party goers. 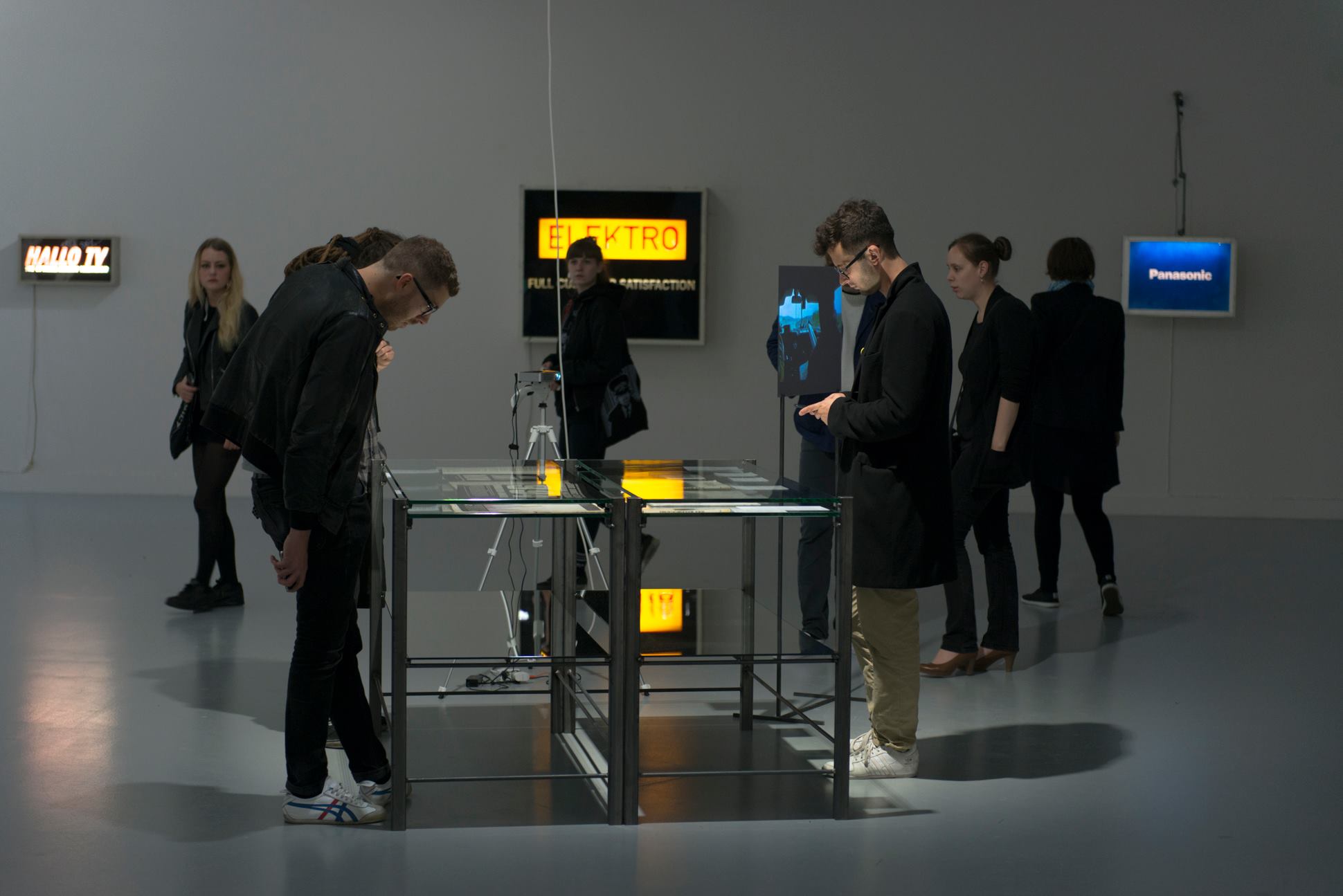 Opening of the exhibition. Photo: Bram Goots for M HKA 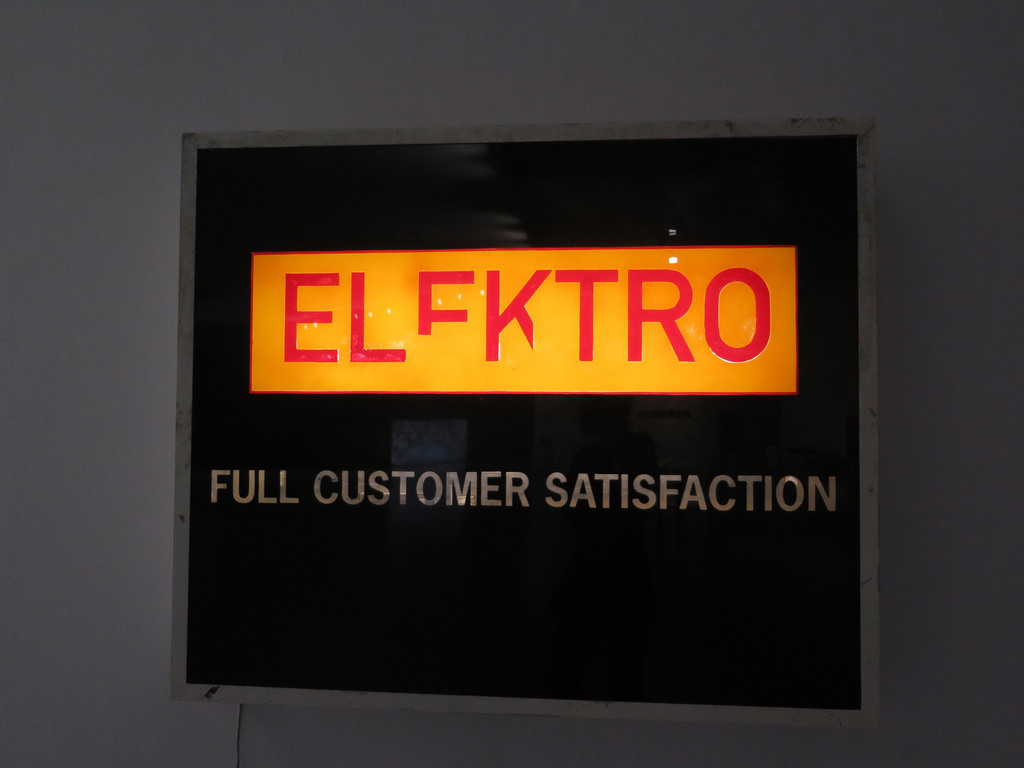 Daniel Pflumm, an artist, musician and club promoter, founded the legendary Elektro club in Berlin. He re-contextualizes corporate logos and reduces them to graphic images that no longer fulfill their original marketing function. 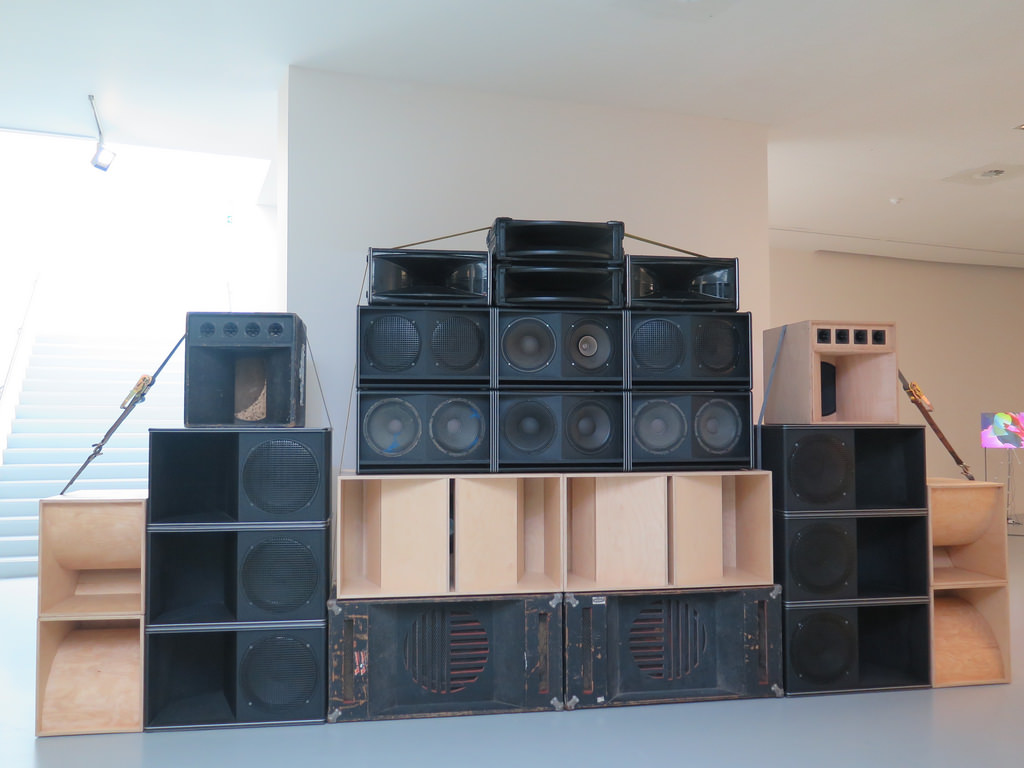 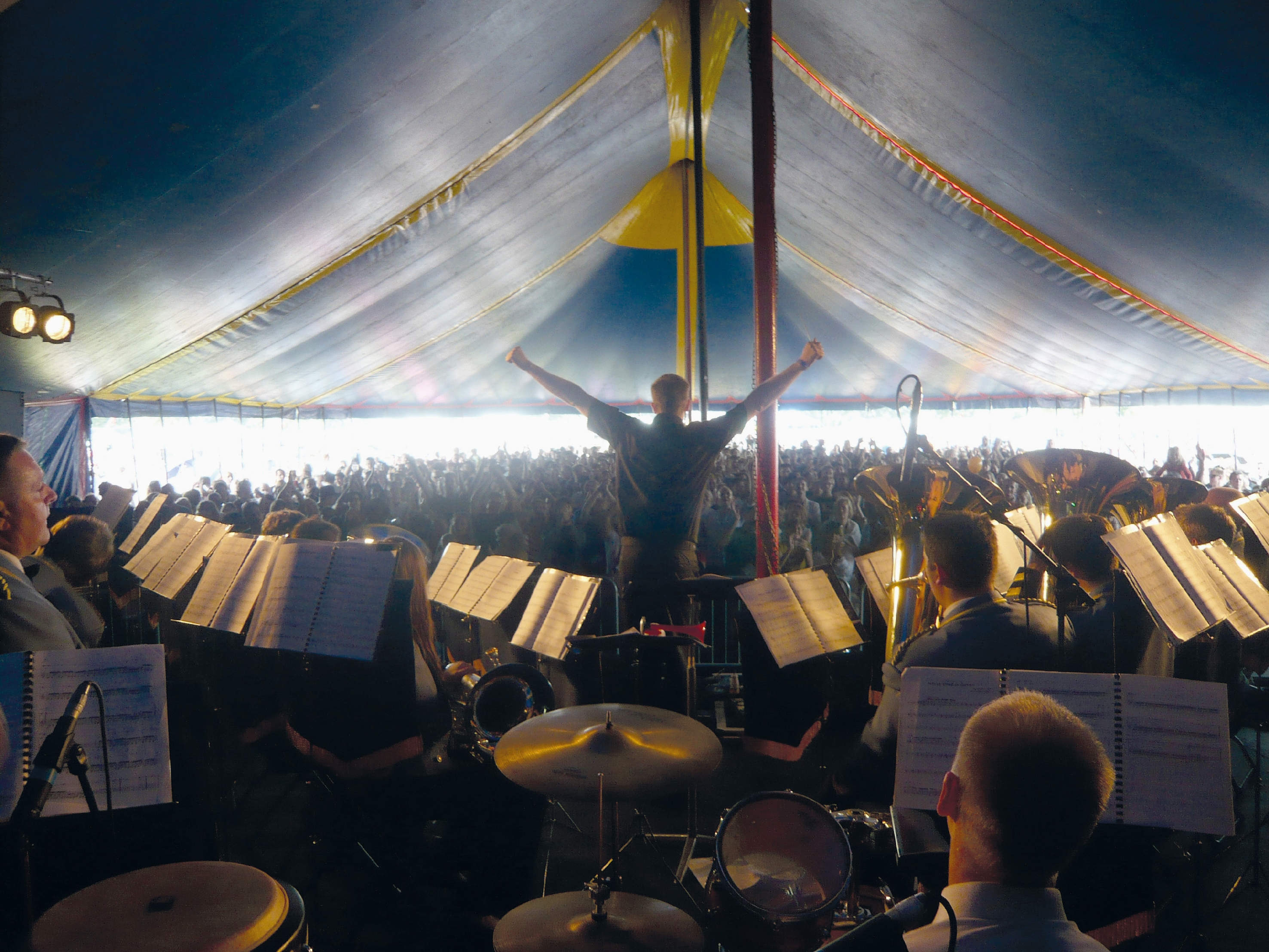 I’ll never get tired of this:

Acid Brass, What Time Is Love. Performance by the Williams Fairey Band at James Lavelle’s Meltdown 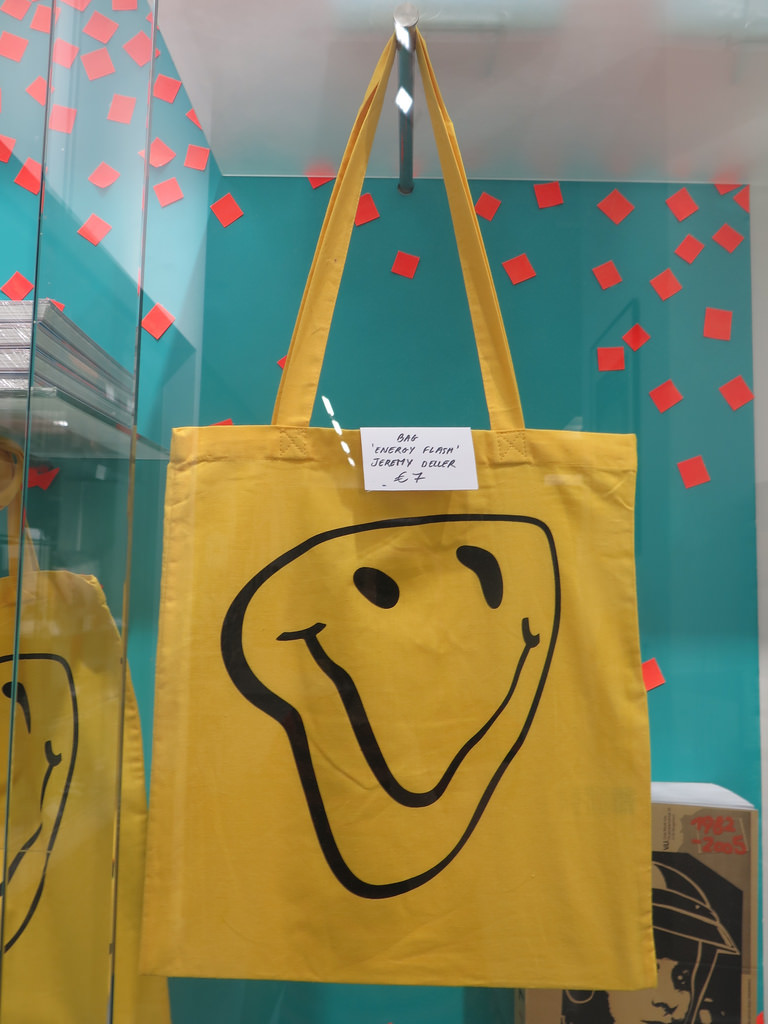 A few euros to get another fabric bag to add to my collection of totes designed by Jeremy Deller. RESULT! 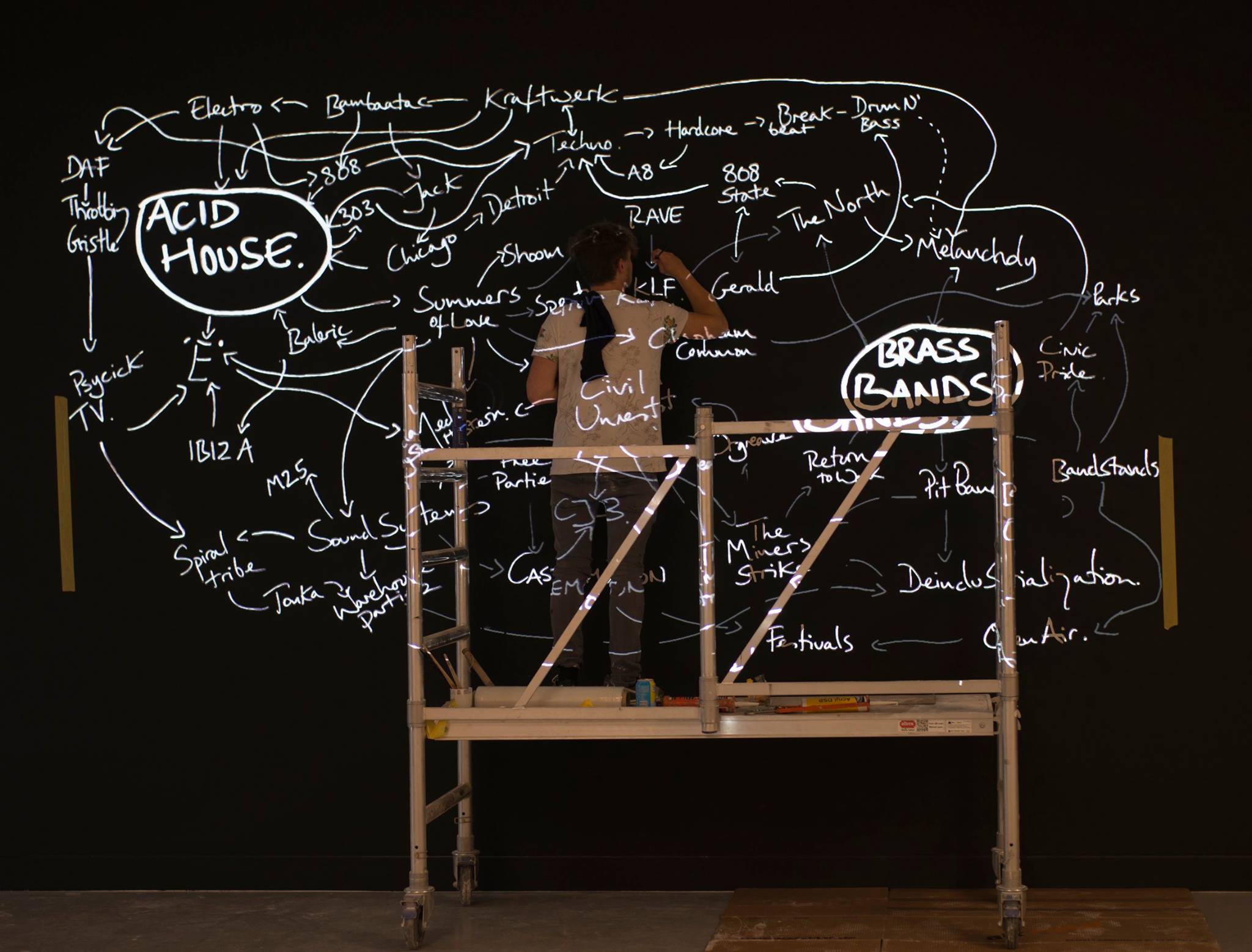 Jeremy Deller, The History of the World, 1997. Preparation of the ENERGY FLASH exhibition. Photo M HKA 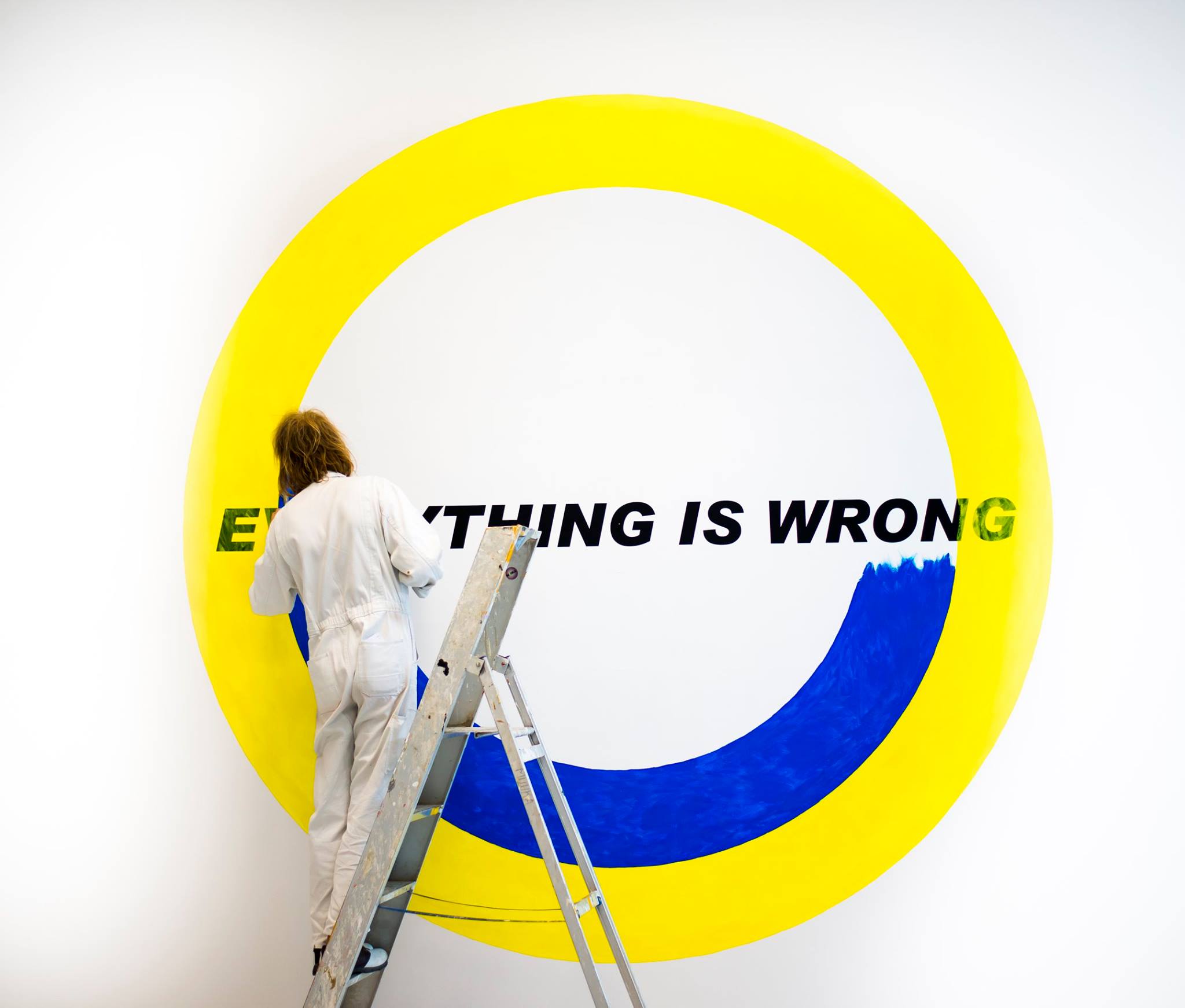 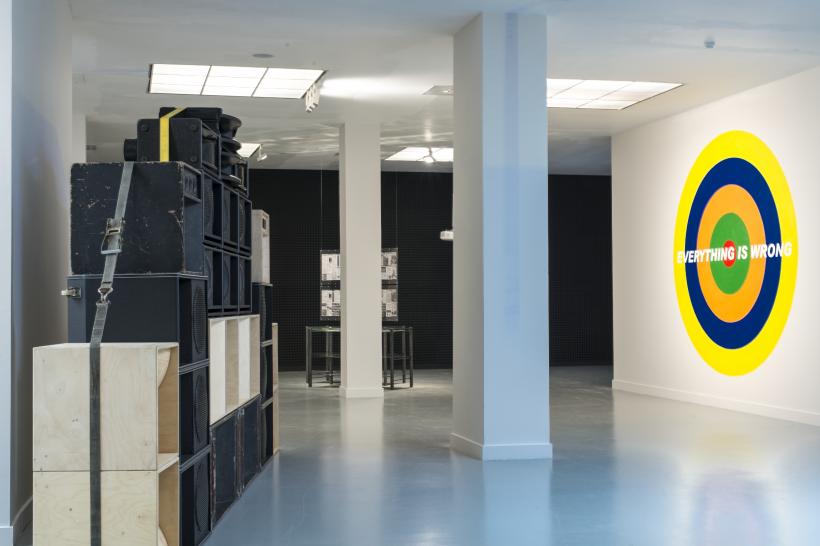 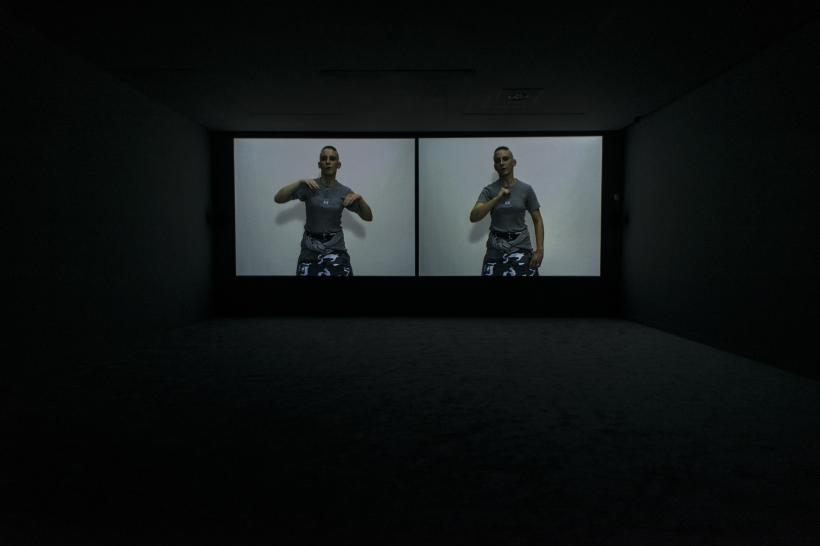 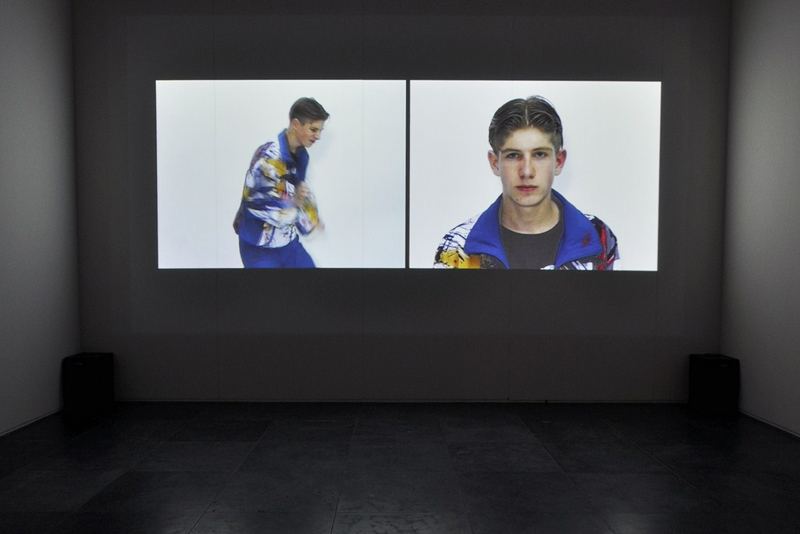 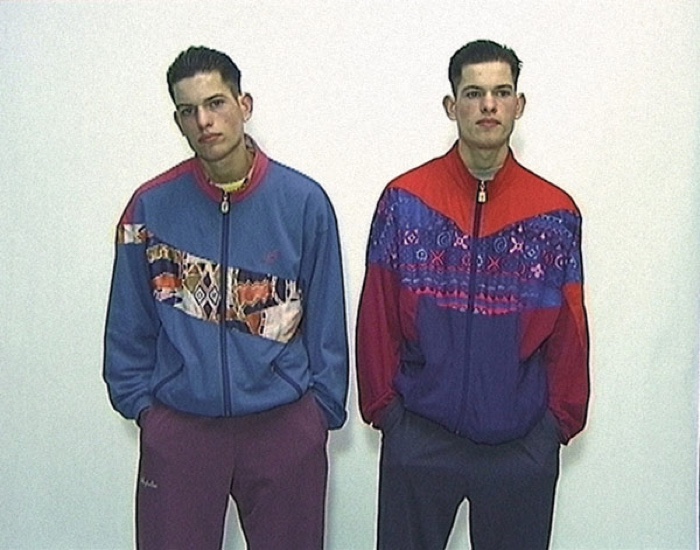 In 1997, Rineke Dijkstra made a series of one-minute videos in two night clubs, one in Liverpool, the other in Zaandam, The Netherlands. She asked clubbers to perform as they wished in front of the camera. Most of them dance and either look embarrassed or like they are trying not to look embarrassed.

I found the videos very moving. At first, i laughed out loud then i felt some sympathy and tenderness towards them. Teenagers! So awkward, so sweet! 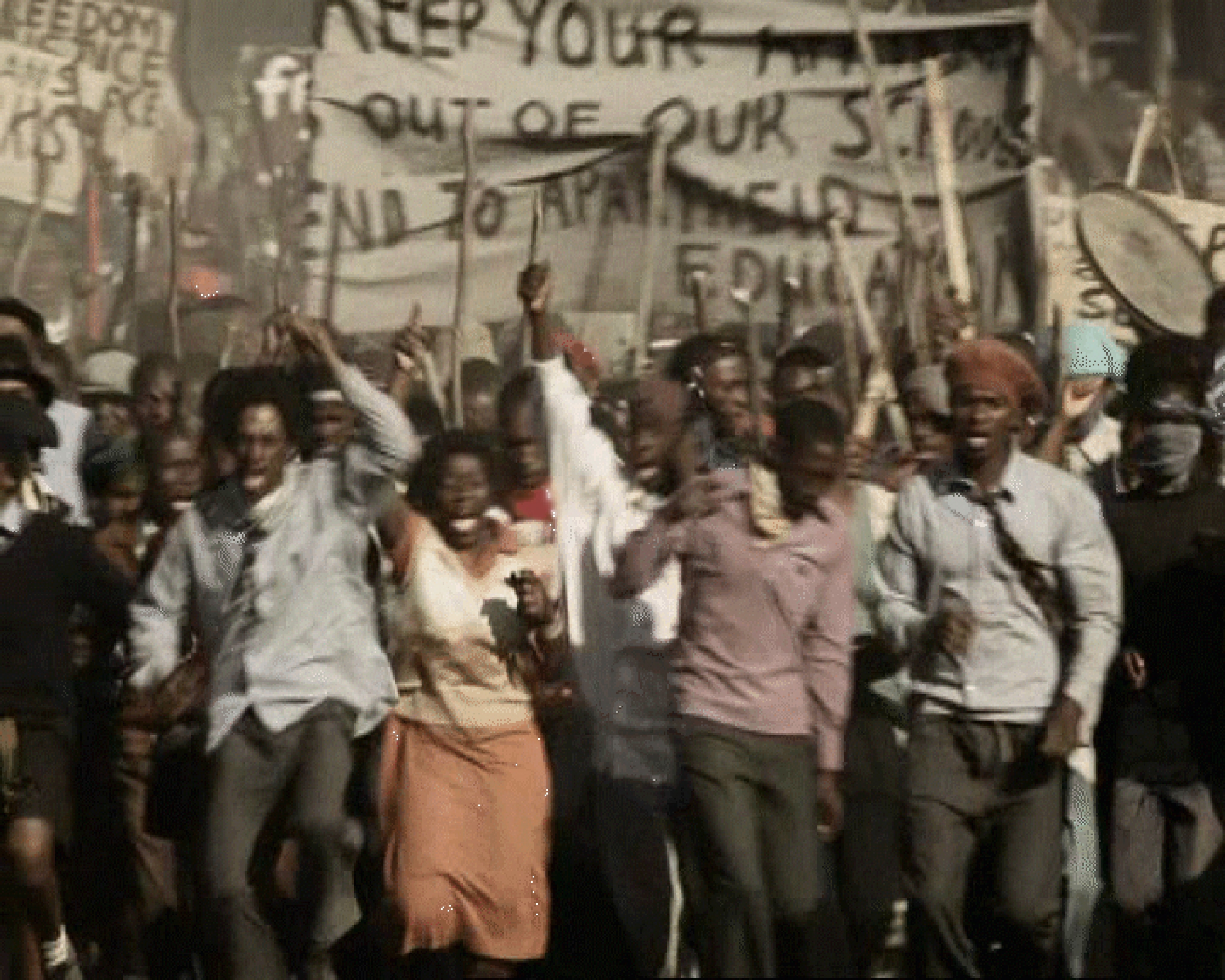 Rozalla’s hit single “Everybody’s Free (To Feel Good)” was released in 1991. Dan Halter writes: It was amazing to have a Zimbabwean song topping the international music charts. This was at the height of the rave scene and Rozalla became known as ‘The Queen of Rave’. This was also at a time when protests in South Africa were boiling over. In Untitled (Zimbabwean Queen of Rave) I combine some of these elements and also later events such as my experience of attending large public raves in Europe and later in Zimbabwe. The video expresses a personal reality and also the cultural gap between white and black that I was experiencing. These were two fundamentally different scenarios, yet each was guided by crowd psychology and longing for a different reality. 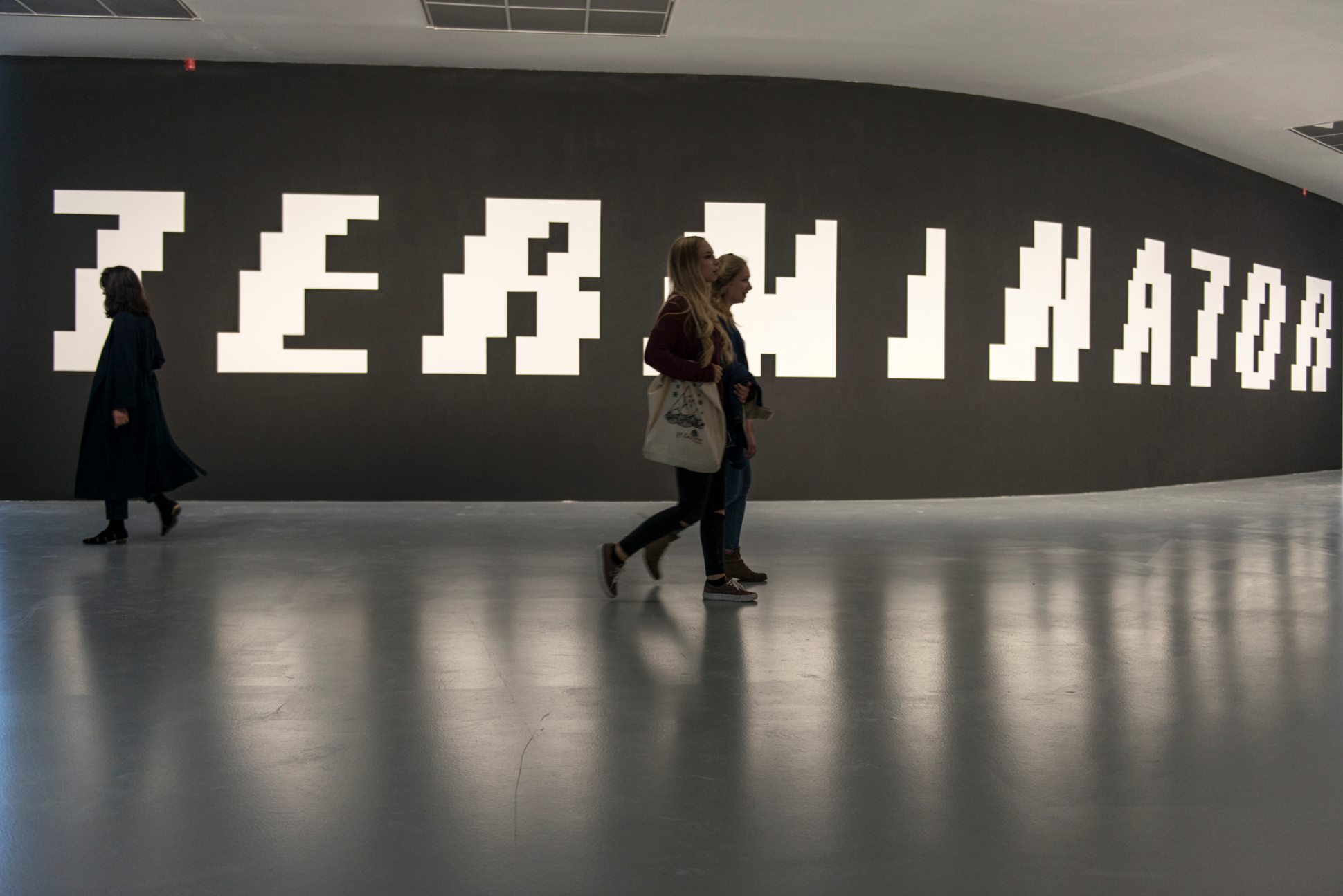 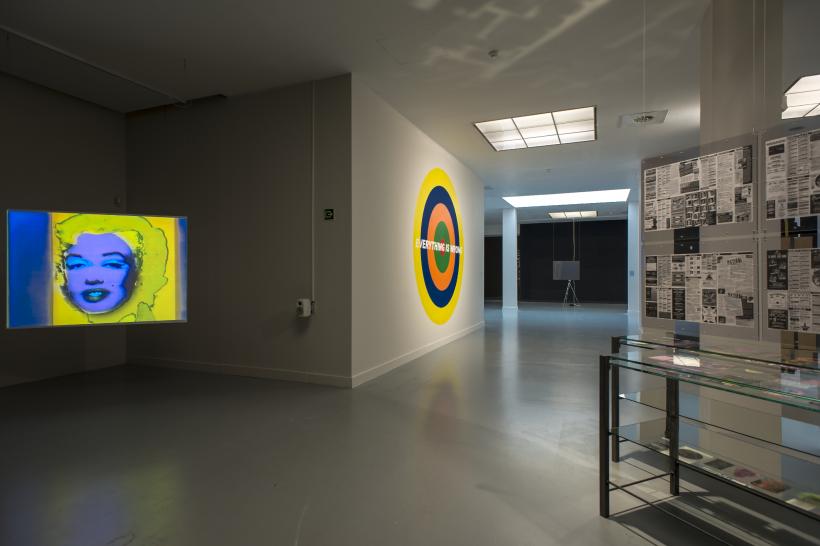 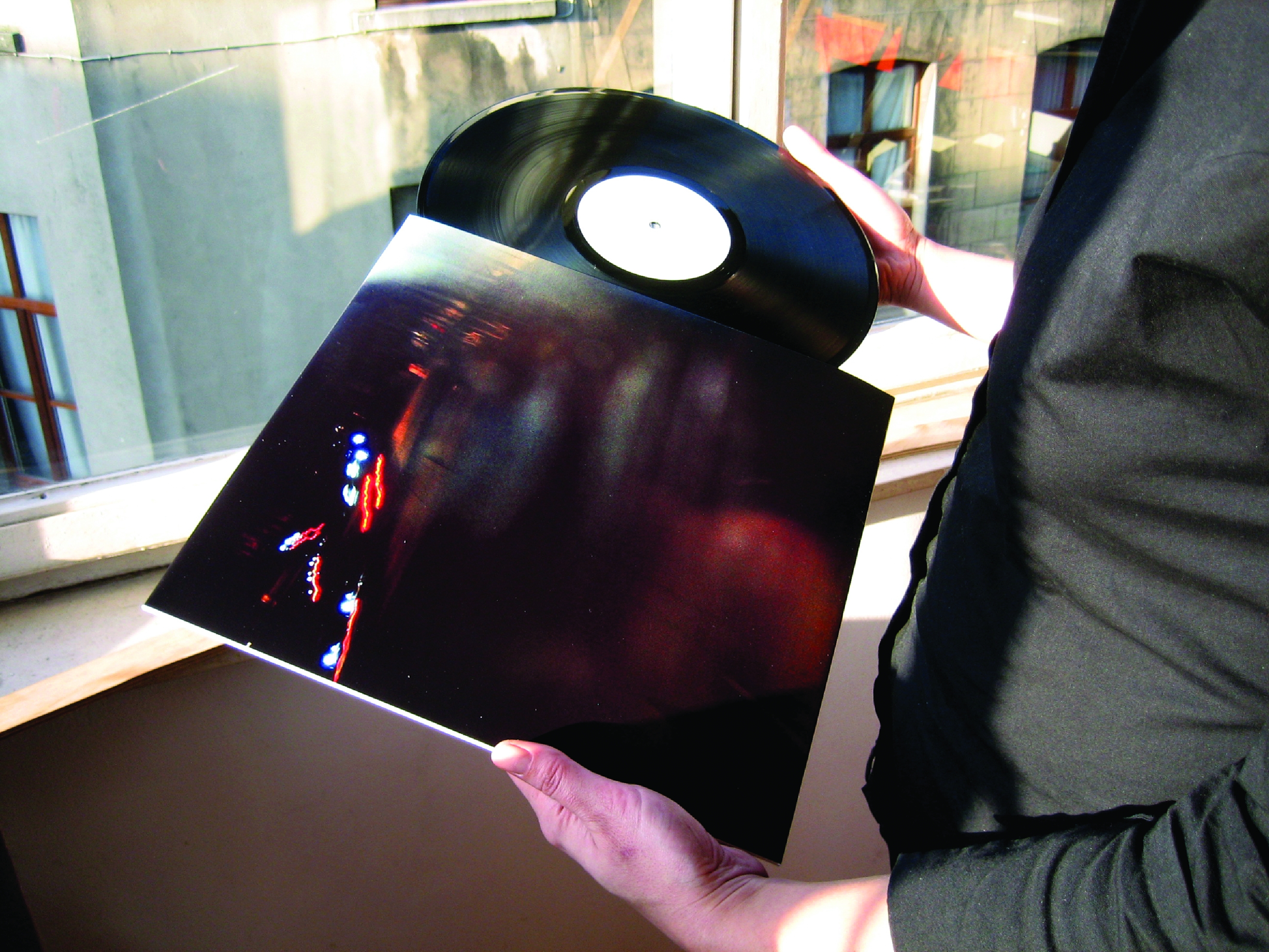 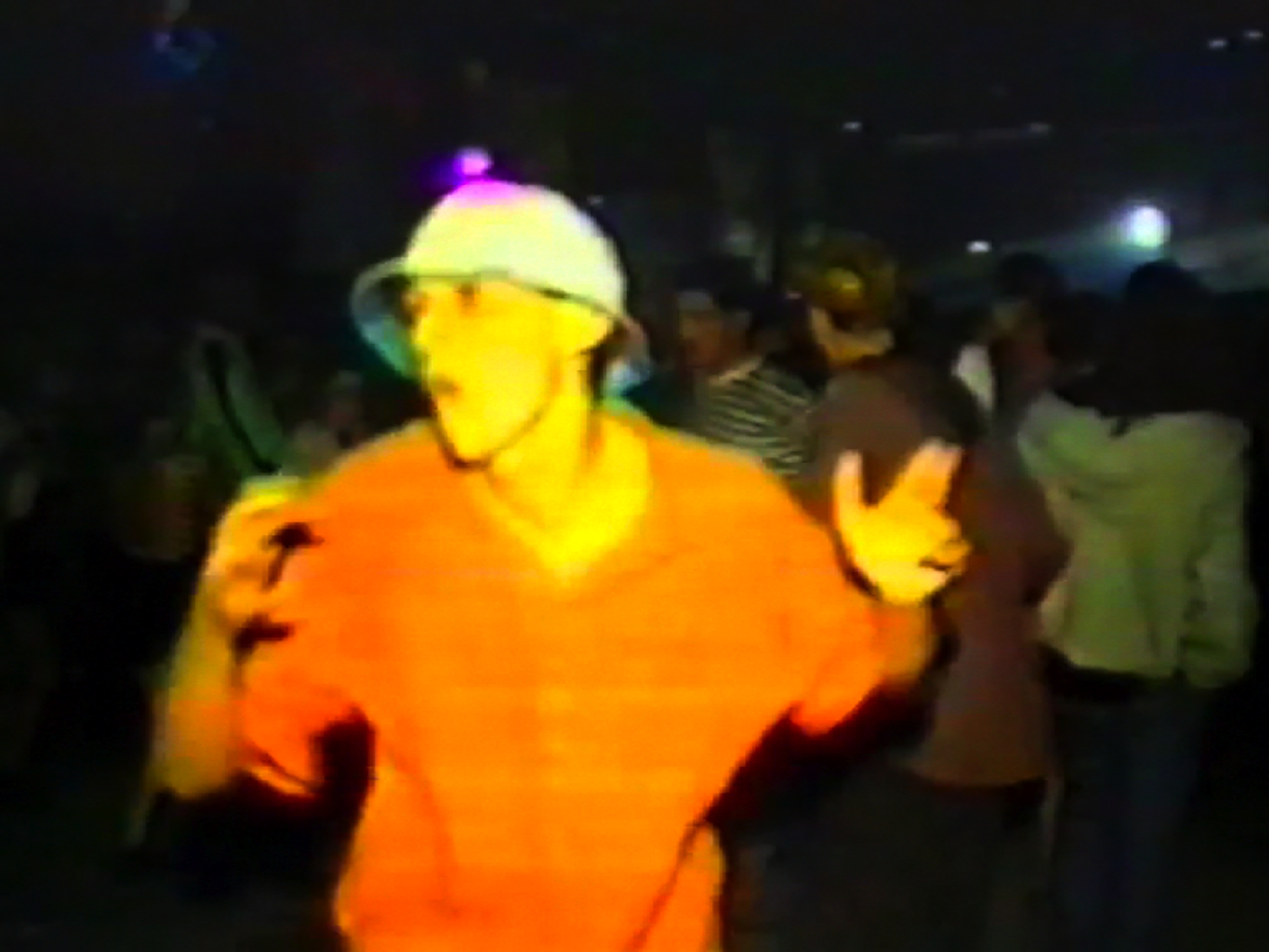 Mark Leckey, Fiorucci Made Me Hardcore, 1999, Courtesy the artist and Cabinet, London

Mark Leckey, Fiorucci Made Me Hardcore, 1999 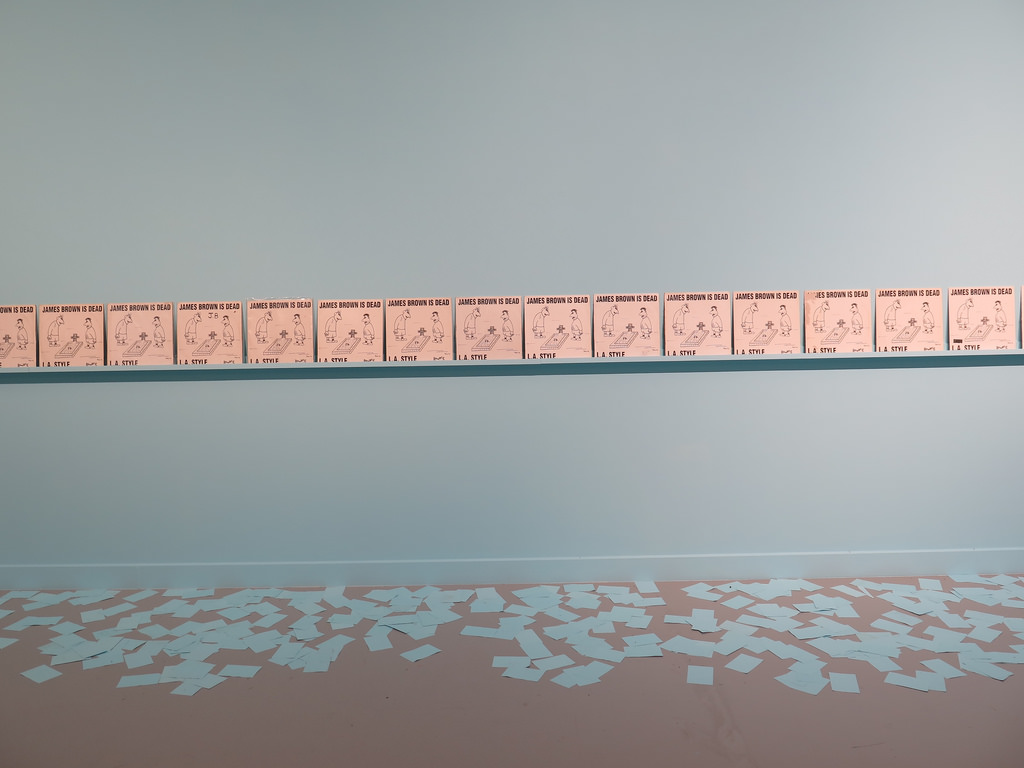 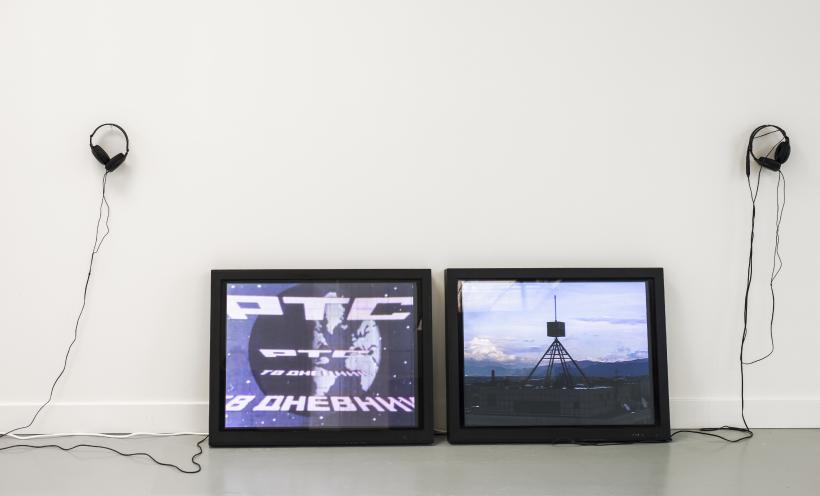 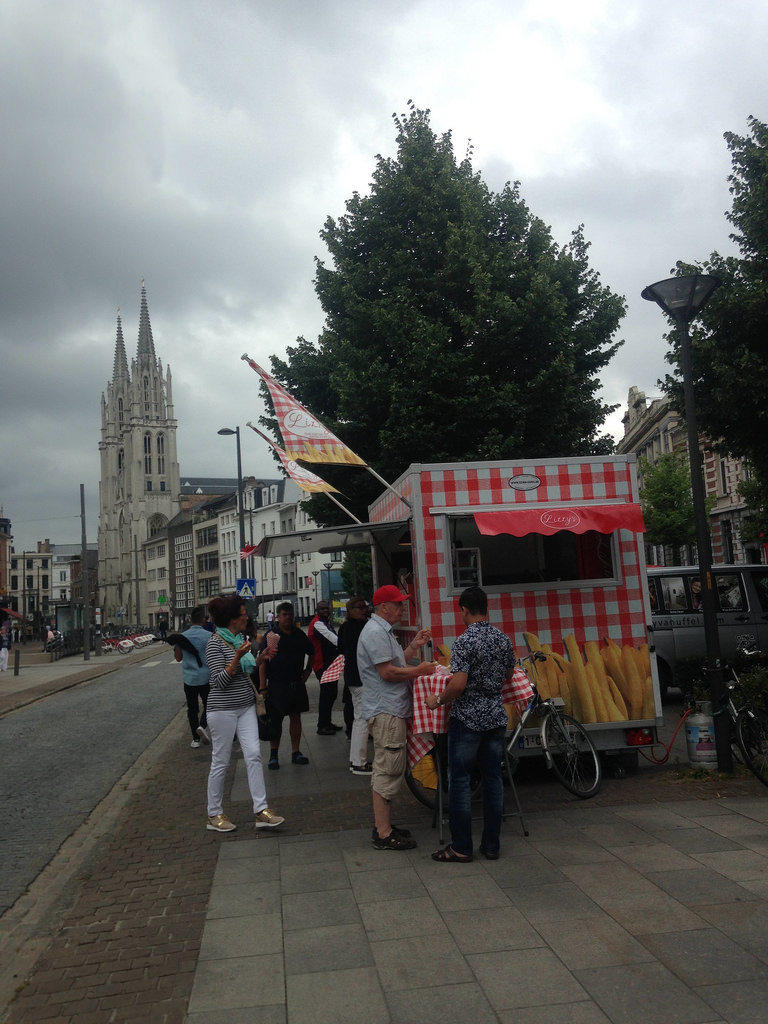 More fries and people queuing at a frietkot

ENERGY FLASH. The Rave Movement remains open at the M HKA in Antwerp until 25 September 2016. The show was curated by Nav Haq, Senior Curator at M HKA. And if you can’t make it to Antwerp, there’s always the catalogue of the exhibition: RAVE. Rave and Its Influence on Art and Culture. ArtTube has a short video of the opening of the exhibition with an interview of the curator.