Ecologies of Power: Counter Mapping the Logistical Landscapes and Military Geographies of the U.S. Department of Defense, by landscape architect and urbanist Pierre Bélanger and doctoral student in Geography Alexander Arroyo. 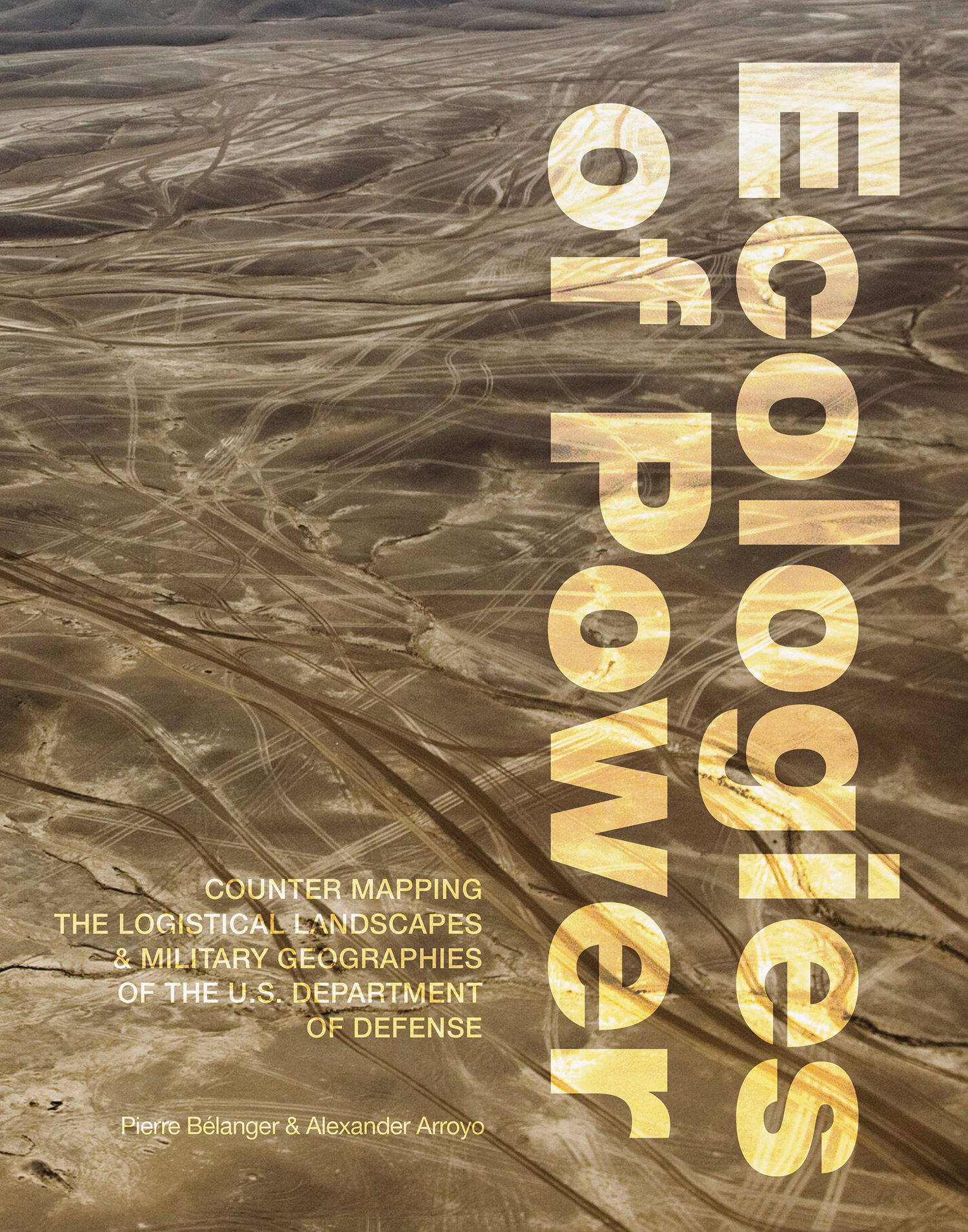 Publisher MIT Press writes: This book is not about war, nor is it a history of war. Avoiding the shock and awe of wartime images, it explores the contemporary spatial configurations of power camouflaged in the infrastructures, environments, and scales of military operations. Instead of wartime highs, this book starts with drawdown lows, when demobilization and decommissioning morph into realignment and prepositioning. It is in this transitional milieu that the full material magnitudes and geographic entanglements of contemporary militarism are laid bare. Through this perpetual cycle of build up and breakdown, the U.S. Department of Defense—the single largest developer, landowner, equipment contractor, and energy consumer in the world—has engineered a planetary assemblage of “operational environments” in which militarized, demilitarized, and non-militarized landscapes are increasingly inextricable.

In a series of critical cartographic essays, Pierre Bélanger and Alexander Arroyo trace this footprint far beyond the battlefield, countermapping the geographies of U.S. militarism across five of the most important and embattled operational environments: the ocean, the atmosphere, the highway, the city, and the desert. 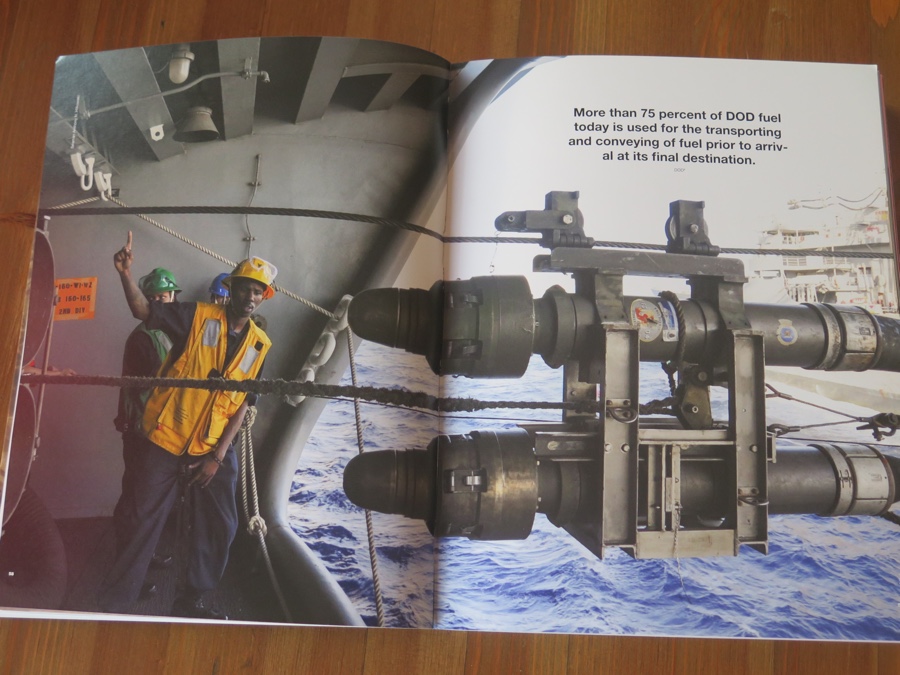 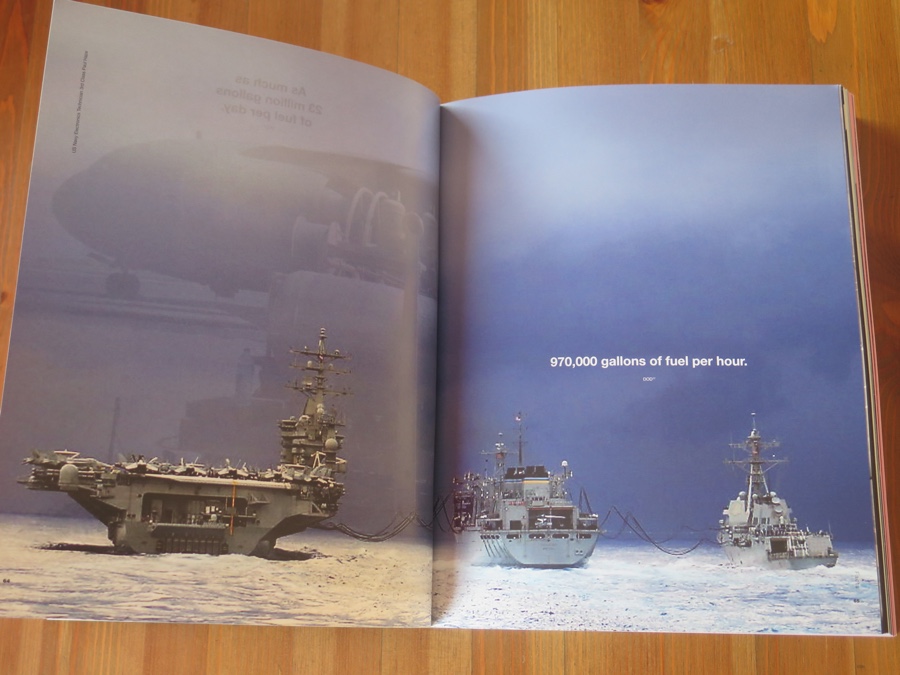 Ecologies of Power is packed with maps, reports, photos, meaningful juxtapositions, solid essays, and jaw-dropping figures. The one i discovered on page 80 of the book could sum up the breadth of the subject explored: If the DoD were compared to a country, it would rank 21st in World GD. Right between Switzerland and Sweden.

The DoD is the U.S. Department of Defense and this volume exposes the infrastructure necessary to feed and fuel its troops, to reconfigure distant territories, influence cultures as well as remediate demilitarized landscapes and constructions.

By counter mapping America’s footprint, the authors bring to light the tangible and intangible, military and non-military impact of its pervasive logistical network. With military bases across the surface of the globe, fiber optic cables laid deep in the ocean, and satellites launched in space, this footprint is so colossal that it is hidden by its scale. 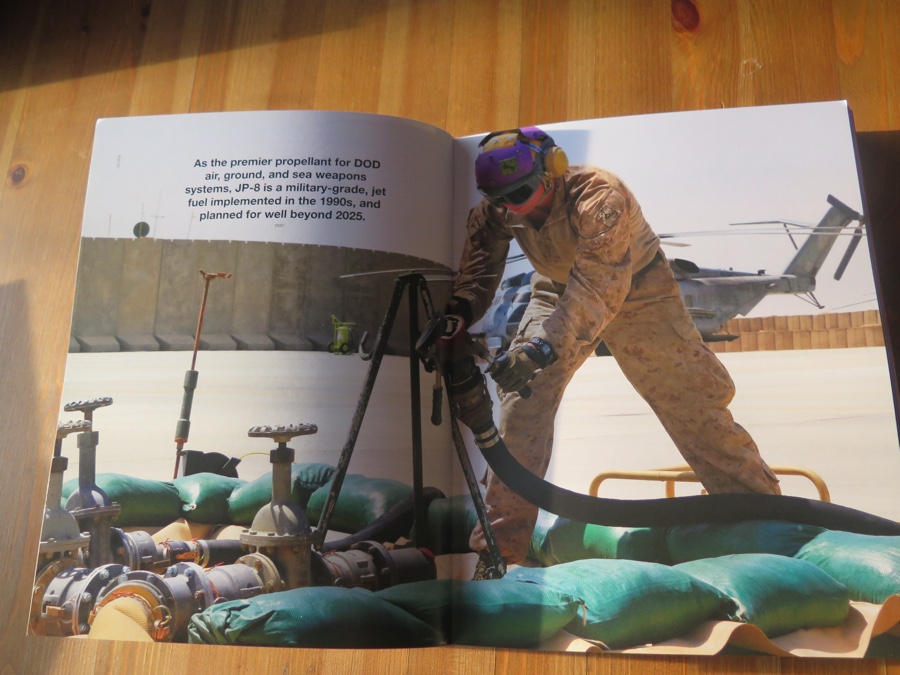 As the premier propellant for DoD air, ground and sea weapons systems, JP-8 is a military-grade, jet fuel implemented in the 1990s, and planned for well beyond 2015 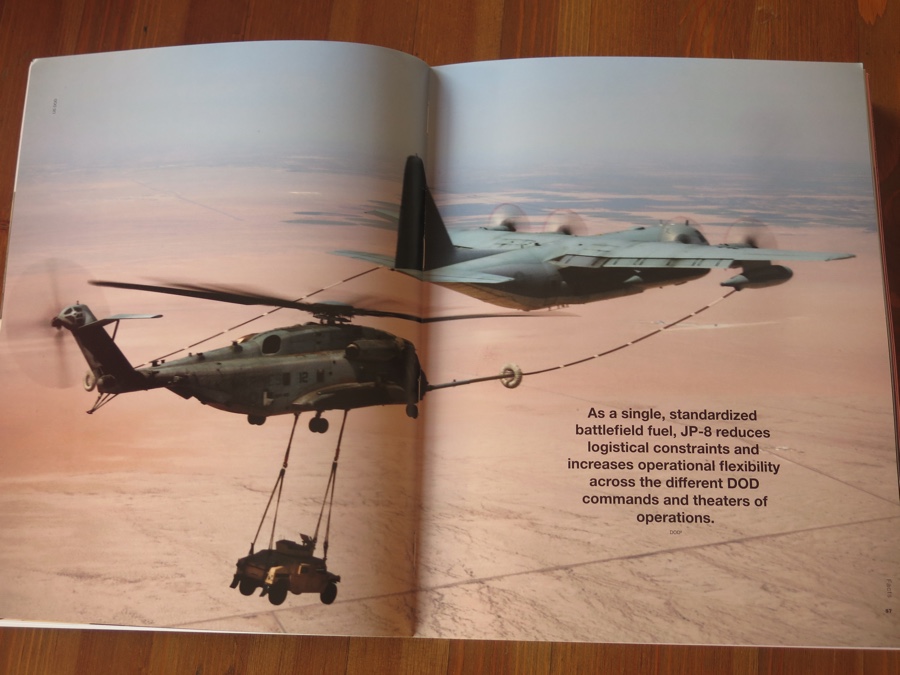 As a single, standardized battlefield fuel, J-8 reduces logistical constraints and increases operational flexibility across the different DoD commands and theaters of operations 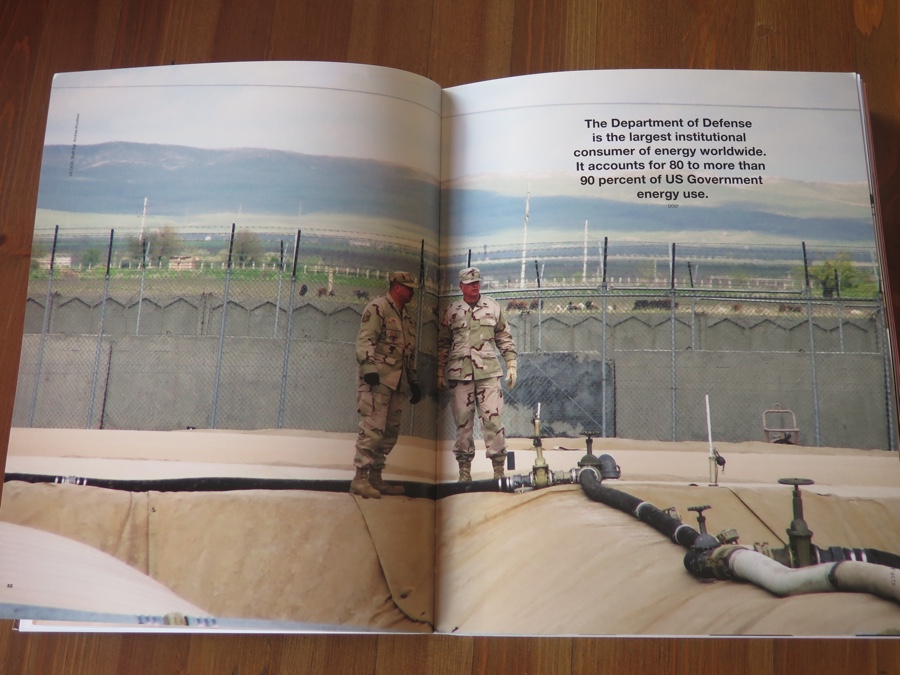 The DoD is the largest institutional consumer of energy worldwide. It accounts for 80 to more than 90% of US Government energy use 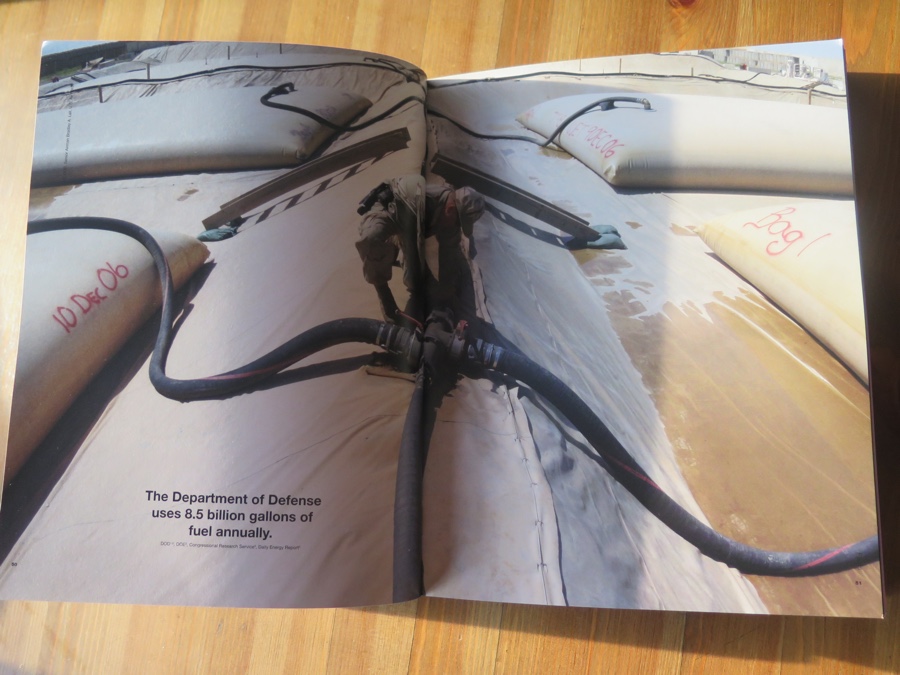 A series of 5 interrelated case studies illustrate the geospatial complexities that govern the U.S. military presence oversea. A 6th one briefly exposes the residuum of military operations.

The first case study is Diego Garcia, an atoll in the Indian Ocean. Strategically located between East Africa, the Middle East and Southeast Asia, the atoll is a vital anchor for the Afghanistan campaign and for supplying US naval forces with fuel. 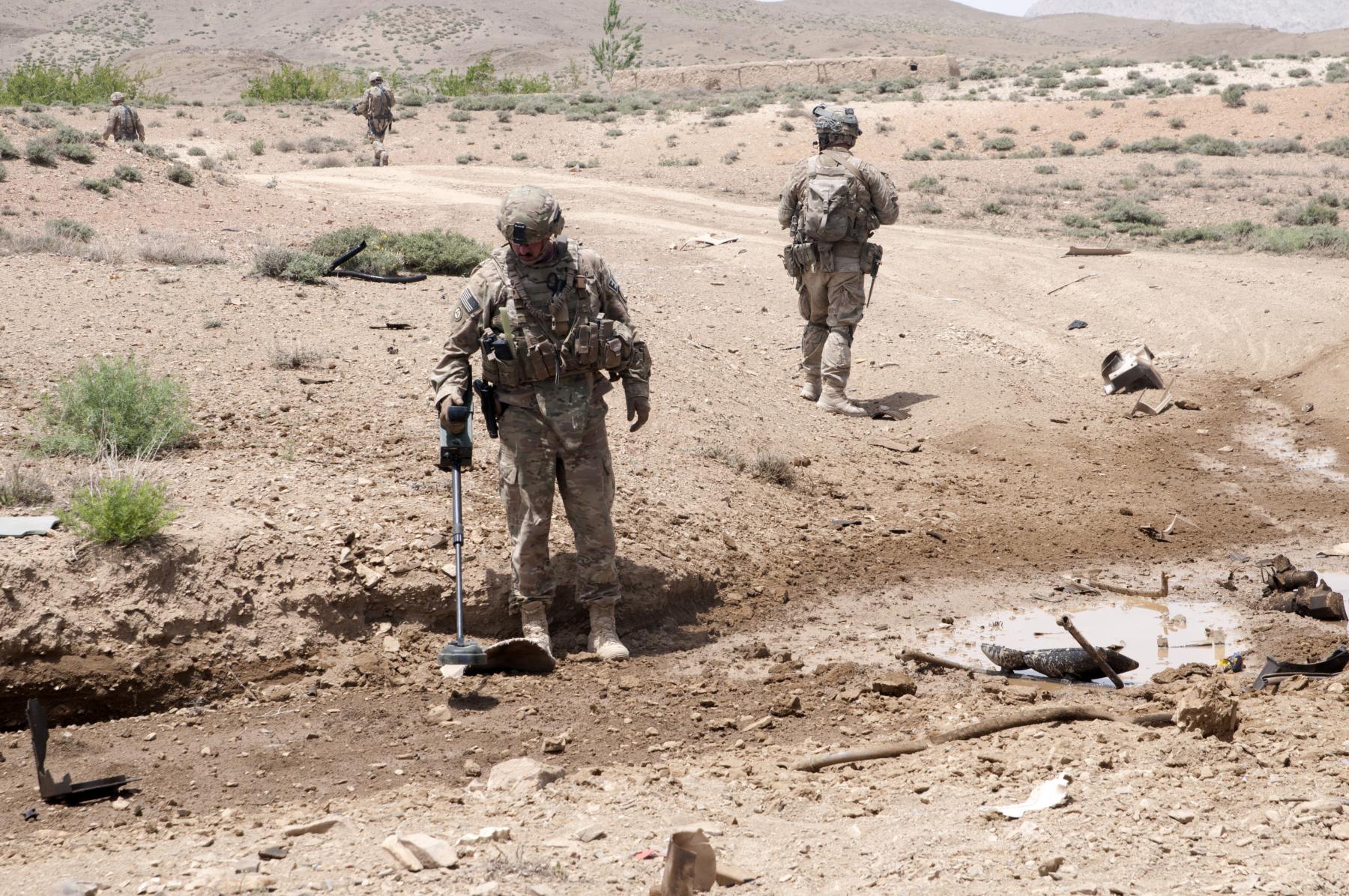 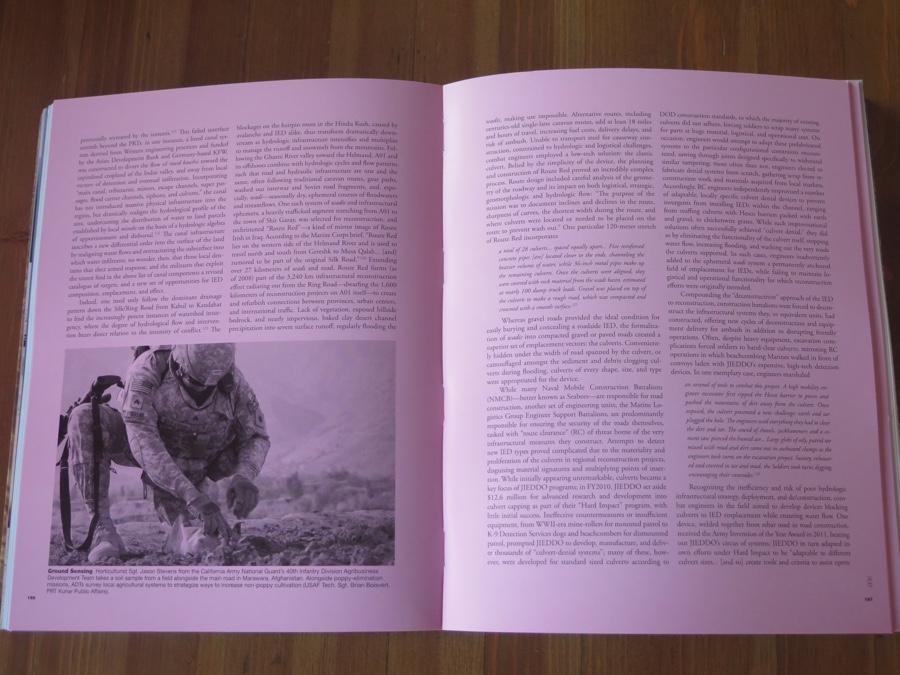 A second case looks at the high number of blast trauma and death from improvised explosive devices in the Helmand Valley and investigates the intimate connections between the use of IED by local groups and the production and movements of opium. 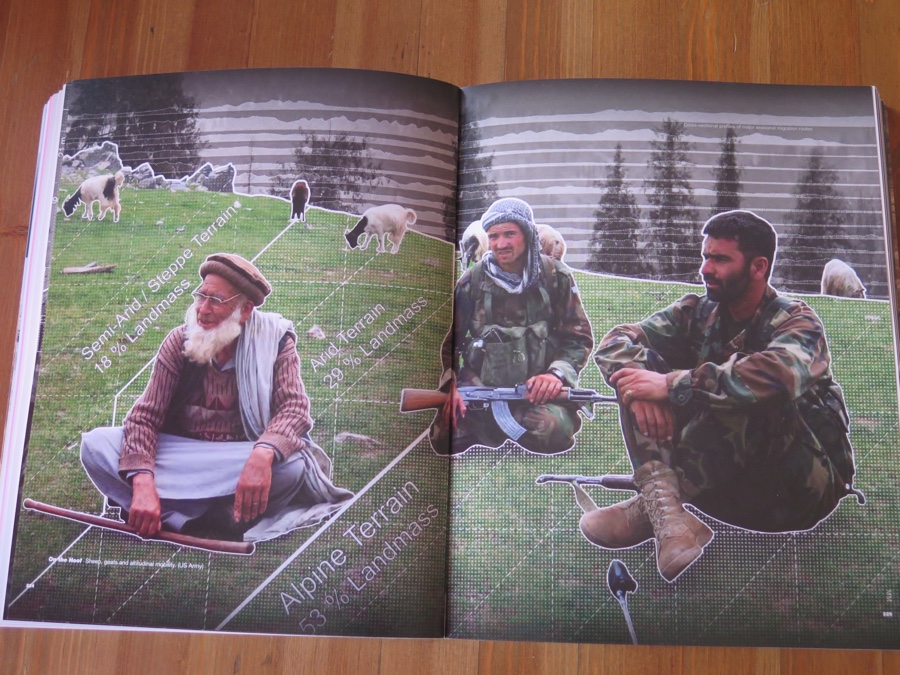 On the hoof. Sheep, goats and altitudinal mobility 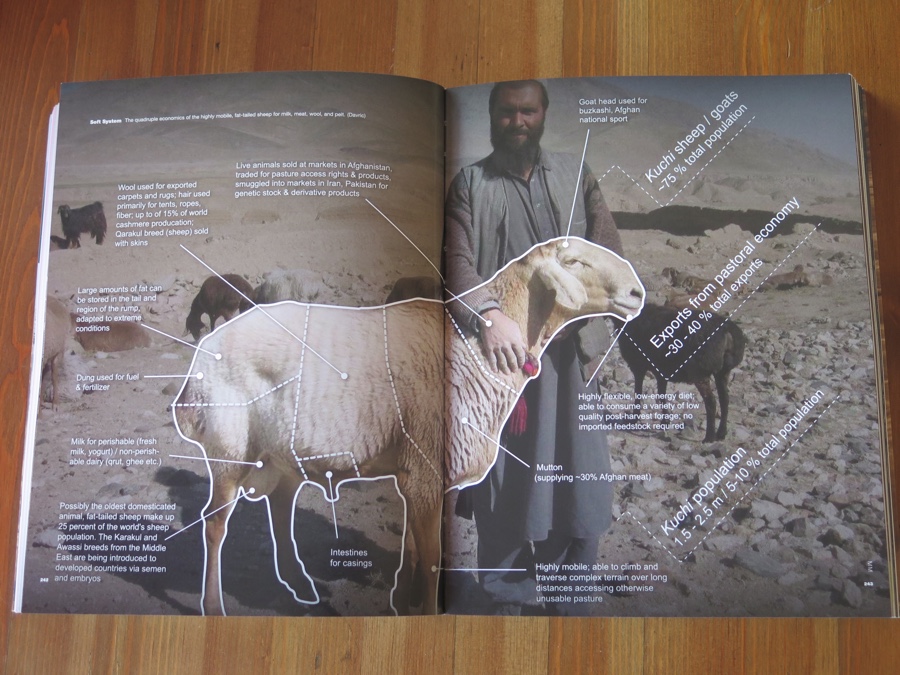 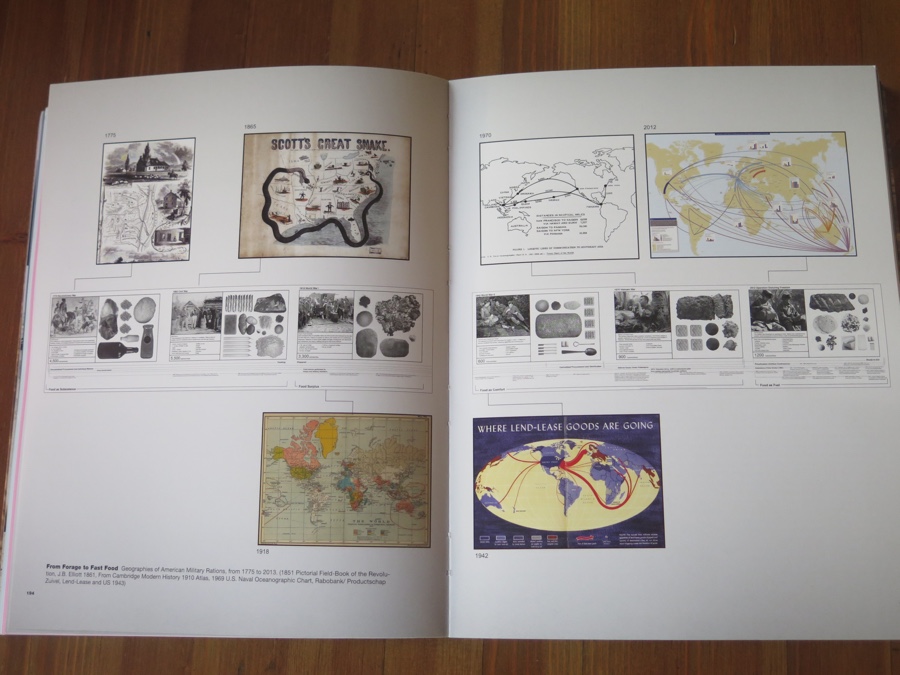 From Forage to Fast Food. Geographies of American military rations, from 1776 to 2013 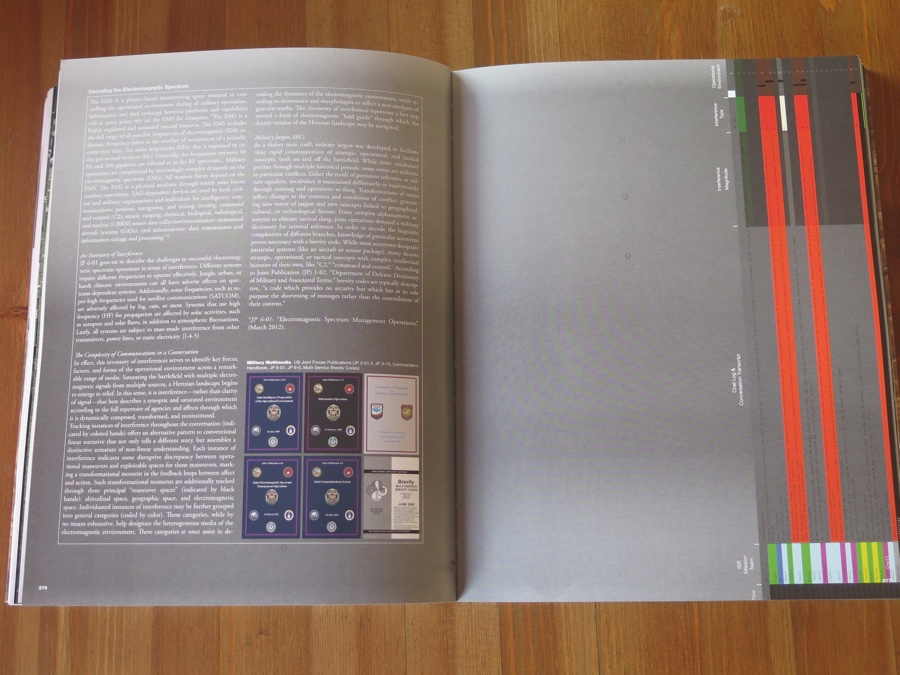 The third case study, titled “From Milk to Minerals”, looks at nutritional politics and at DoD’s surveys of rare earths and other high-volume minerals in the territories the U.S. attempts to control.

A fourth case study explores the complexities and ‘indeterminacies’ inherent to technological systems such as drones.

The last case study zooms in on the Washington D. C.’s landscape of defense apparatus. 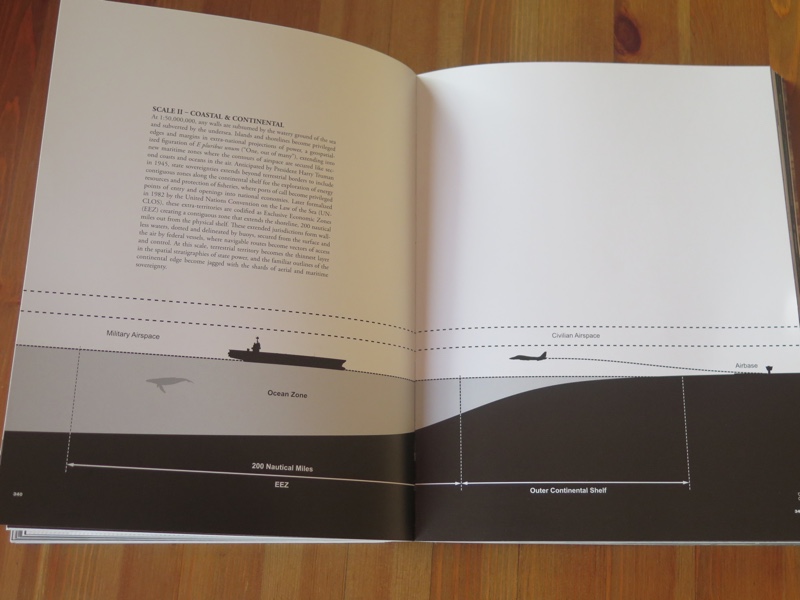 Finally, a last -and way too short- chapter outlines the ‘sixth footprint’, the toxic residuum left by military facilities, operations and installations after the troops have gone. 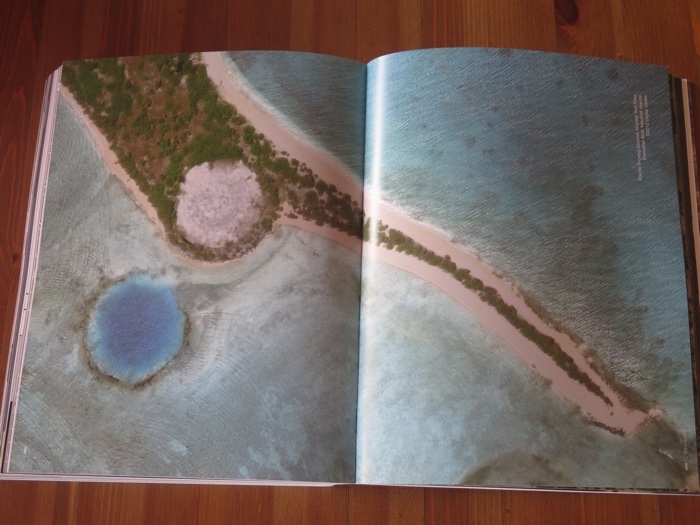 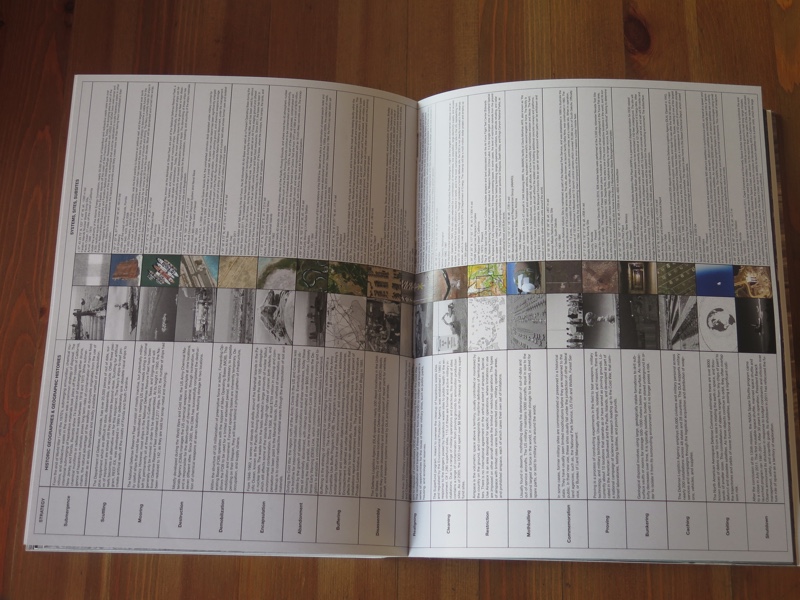 Ecologies of Power is an astounding book that demonstrates with eloquence and compelling cartographic data how military logistics and apparatus can be used as extension of state power. Hats off to authors Pierre Bélanger and Alexander Arroyo of course but also to OPSYS Media who were in charge of designing this stunning book.

Photo on the homepage via JD430W.