The only photography venue in the UK exclusively devoted to documentary, Side Gallery, is about to re-open with an exhibition dedicated to children. Children! Now this is definitely not my favourite subject but a look at the press images made me realize that not everything related to kids needs to be offensively tiresome, uninspiring and jejune: 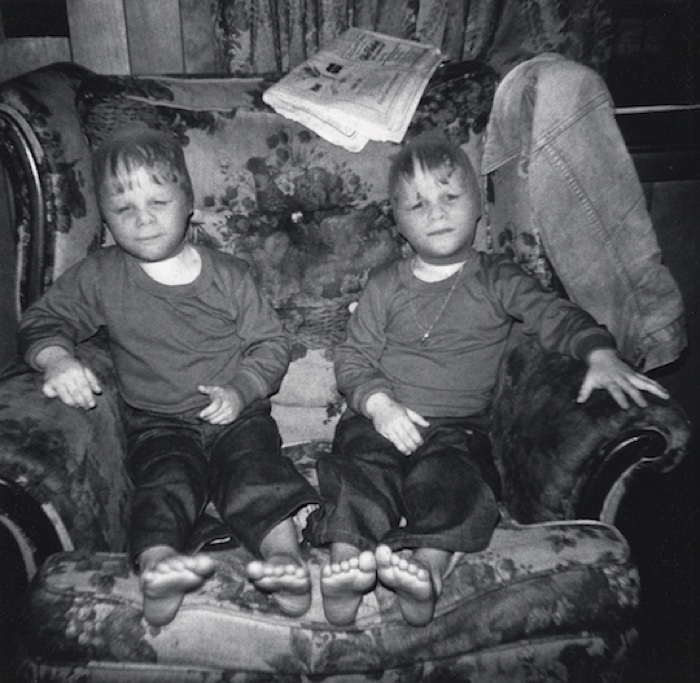 Phillip and Jamie are creatures from Outer Space in their spaceship, photograph by Denise Dixon, Portraits and Dreams, Wendy Ewald 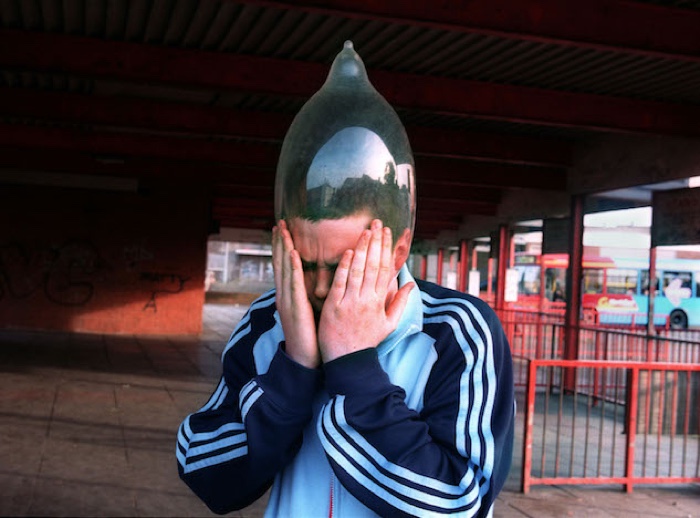 Karen Robinson, Seaham, Co.Durham, Spring 2004. From All Dressed Up

Also how could it be soporific when the show is handled by Amber, a collective born in the late 1960s with a mission to document working class culture in photos and videos? The new exhibition, called CHILDHOODS, will present work from Amber’s collection, spanning four decades of documentary photography. From 1977 to 2016. From children living in a small coalfield community in the Appalachians, USA to the ones living in today’s marginalized communities.

Sadly, i can’t go to Newcastle and visit the show but i laid my hands on as many press images as i could and have dutifully copy/pasted them below. With, occasionally, a few notes about the photos: 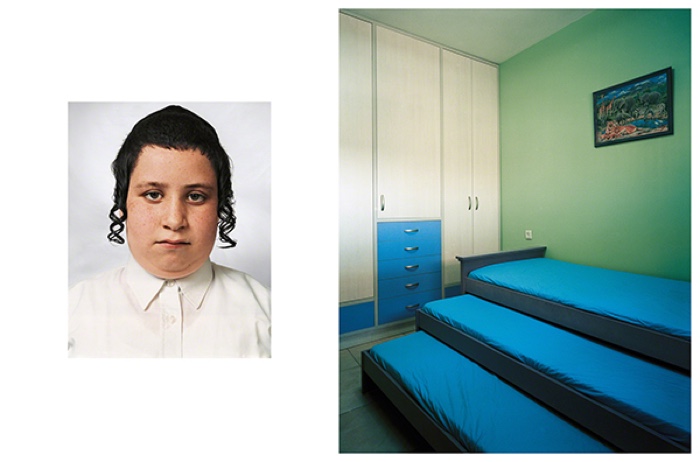 “Tzvika, nine, lives in an apartment block in Beitar Illit, an Israeli settlement in the West Bank. It is a gated community of 36,000 Haredi (Orthodox) Jews. Televisions and newspapers are banned from the settlement. The average family has nine children, but Tzvika has only one sister and two brothers, with whom he shares his room. He is taken by car to school, a two-minute drive. Sport is banned from the curriculum. Tzvika goes to the library every day and enjoys reading the holy scriptures. He also likes to play religious games on his computer. He wants to become a rabbi, and his favourite food is schnitzel and chips.” 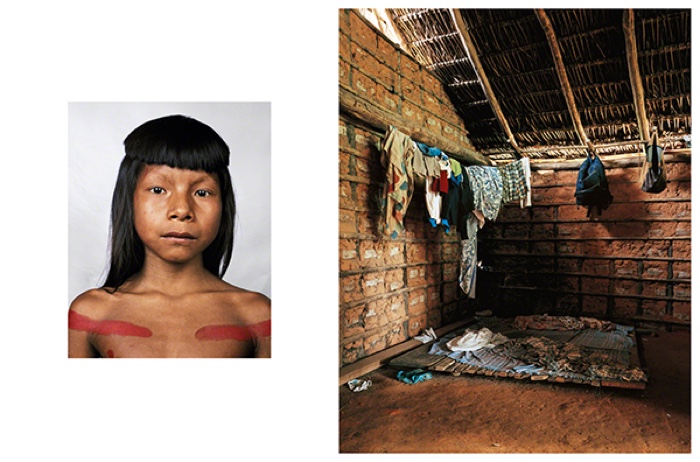 “Ahkôhxet is a member of the Kraho tribe, who live in the basin of the river Amazon. There are only 1,900 members of the tribe. The Kraho people believe that the sun and moon were creators of the universe, and the red paint on Ahkôhxet’s chest is from one of his tribe’s rituals. The tribe grow and hunt their own foods, and any other material they need is bought using money earned from film crews and photographers who visit their camp.” 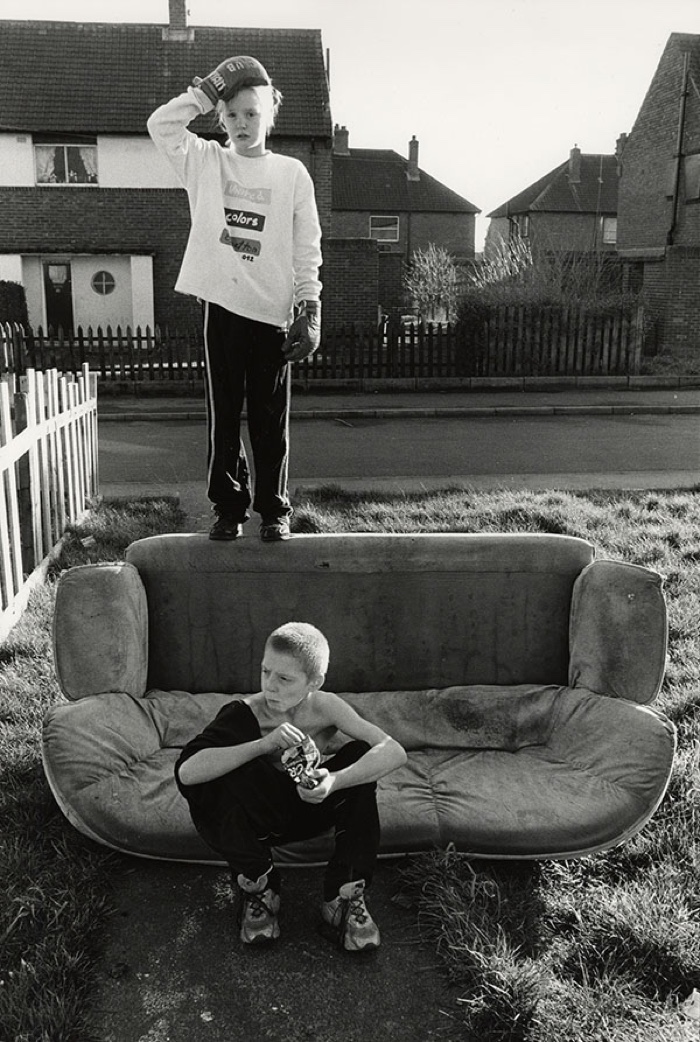 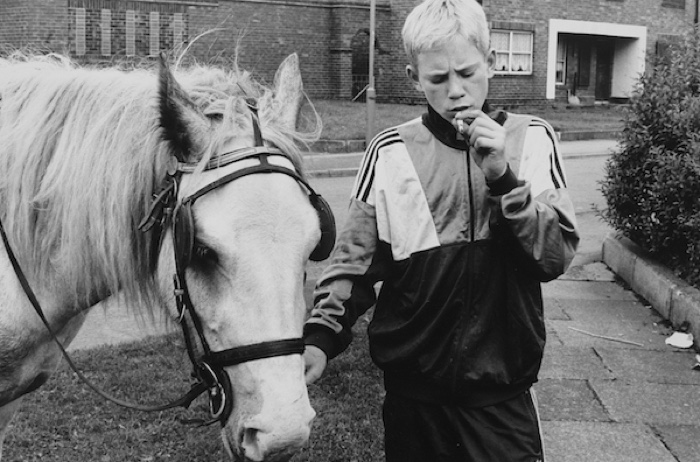 When photographer Lesley McIntyre’s daughter Molly was born in 1984, she was suffering from a muscular abnormality. The doctors thought it was highly unlikely she would survive more than a few weeks or months. But Molly lived until her fourteenth birthday and McIntyre documented her moments of happiness and challenges in the series The Time of Her Life.

Lesley McIntyre, Molly administering her own medication, St.Mary’s Hospital, London, 1998. From The Time of Her Life 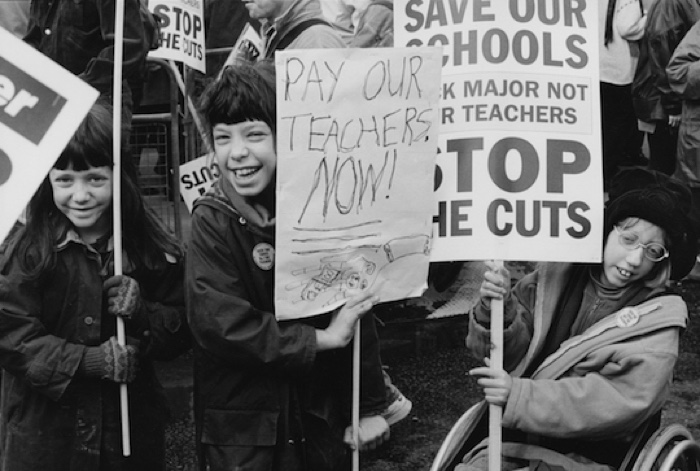 Lesley McIntyre, Demonstration against cuts in education, Piccadilly, London, 1995. From The Time of Her Life 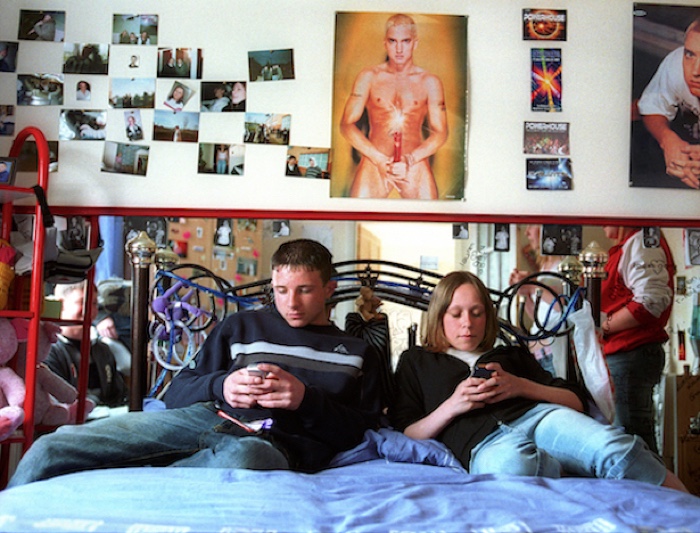 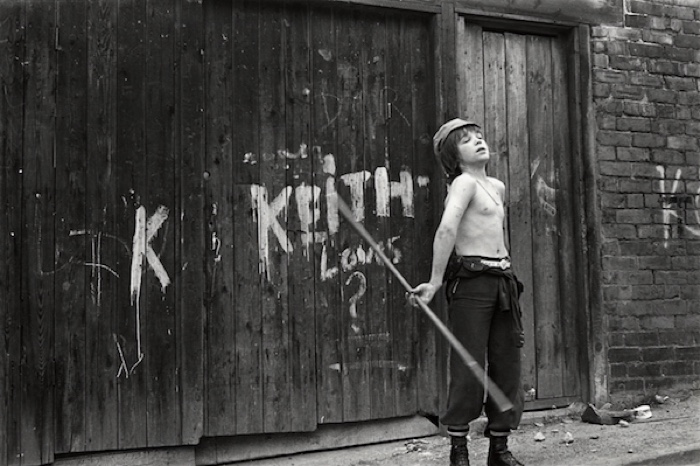 Tish Murtha, ‘Mala’ Anderson, Elswick. From the exhibition Juvenile Jazz Bands, commissioned by Side Gallery and first exhibited in 1979 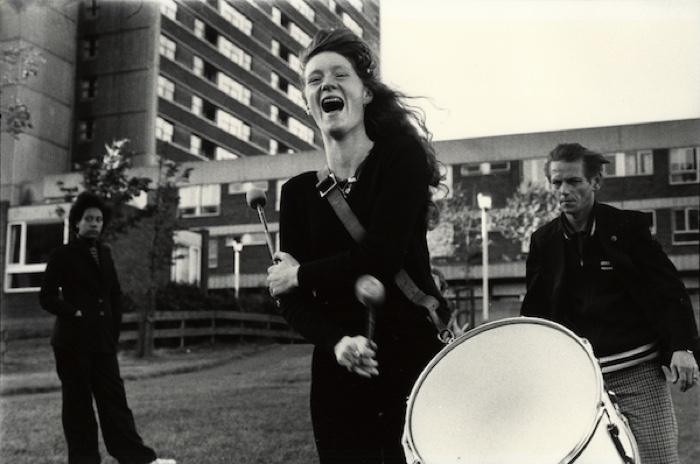 Tish Murtha, The Chieftains training, Cruddas Park. From the exhibition Juvenile Jazz Bands, commissioned by Side Gallery and first exhibited in 1979 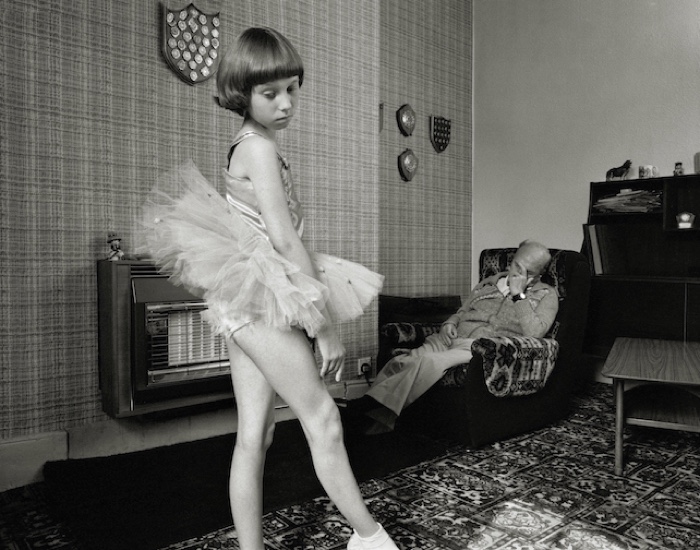 Sirkka-Liisa Konttinen, Tanya and her grandfather, 1982. From Step by Step 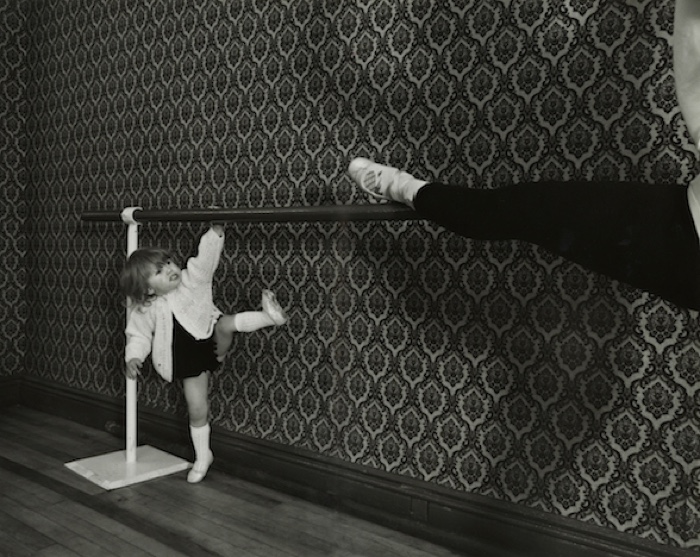 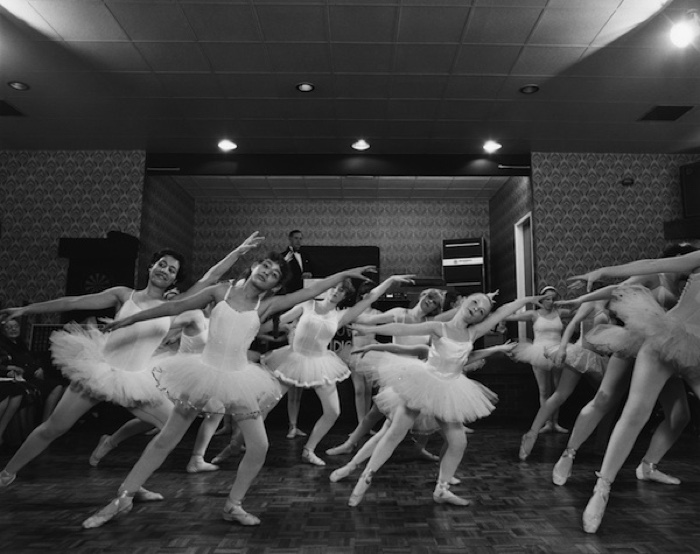 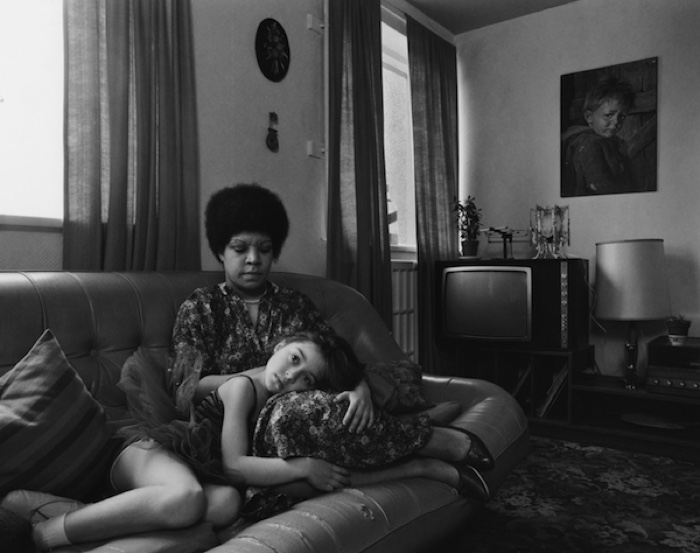 Wendy Ewald‘s Portraits and Dreams was a participative project from the 1970s developed with the children she was teaching in a small coalfield community in the Appalachians, USA. 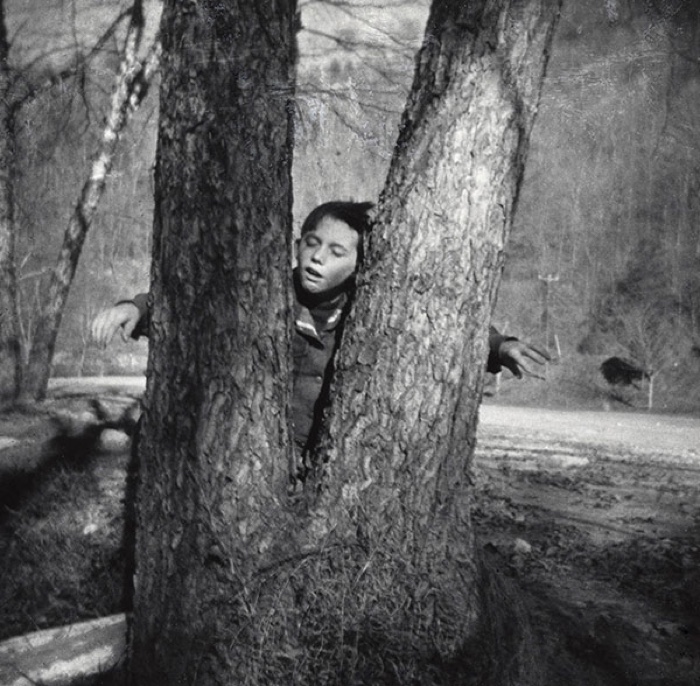 Liz Hingley’s Home Made in Smethwick are portraits of families living in Smethwick, one of England’s most ethnically diverse towns. The photos are accompanied by personal recipes. 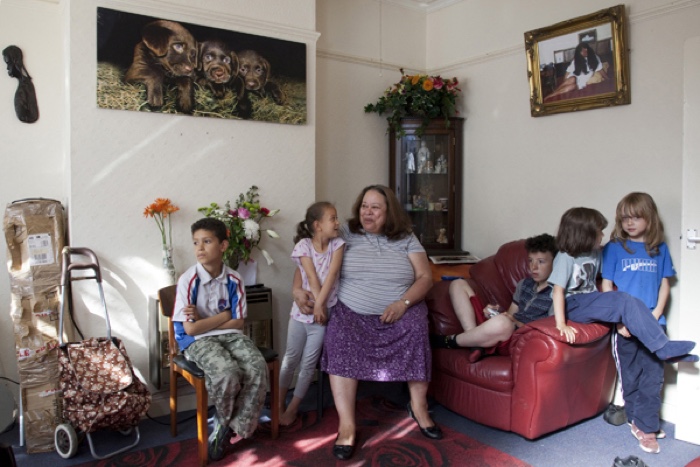 Liz Hingley, 2016. From Home Made in Smethwick

Kai Wiedenhöfer is showing portraits of refugee children from his new work, Forty Out of One Million / Syrian Collateral.

Kai Wiedenhöfer, Duwa a and Shahd Sarshan. From Forty Out of One Million. Syrian Collateral, 2015 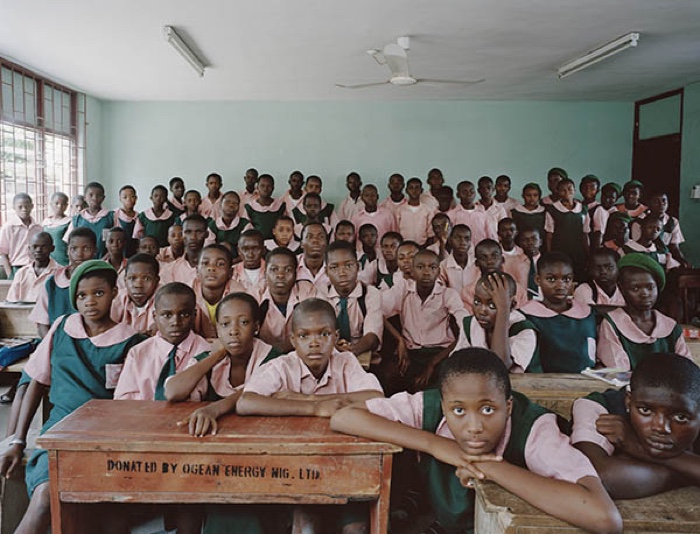 CHILDHOODS opens on 1 October and closes on 27 November 2016 at Side Gallery in Newcastle upon Tyne.

Previously: For Ever Amber, ennobling working class and marginalized communities.