Bank Job, a book by Hilary Powell and Daniel Edelstyn. 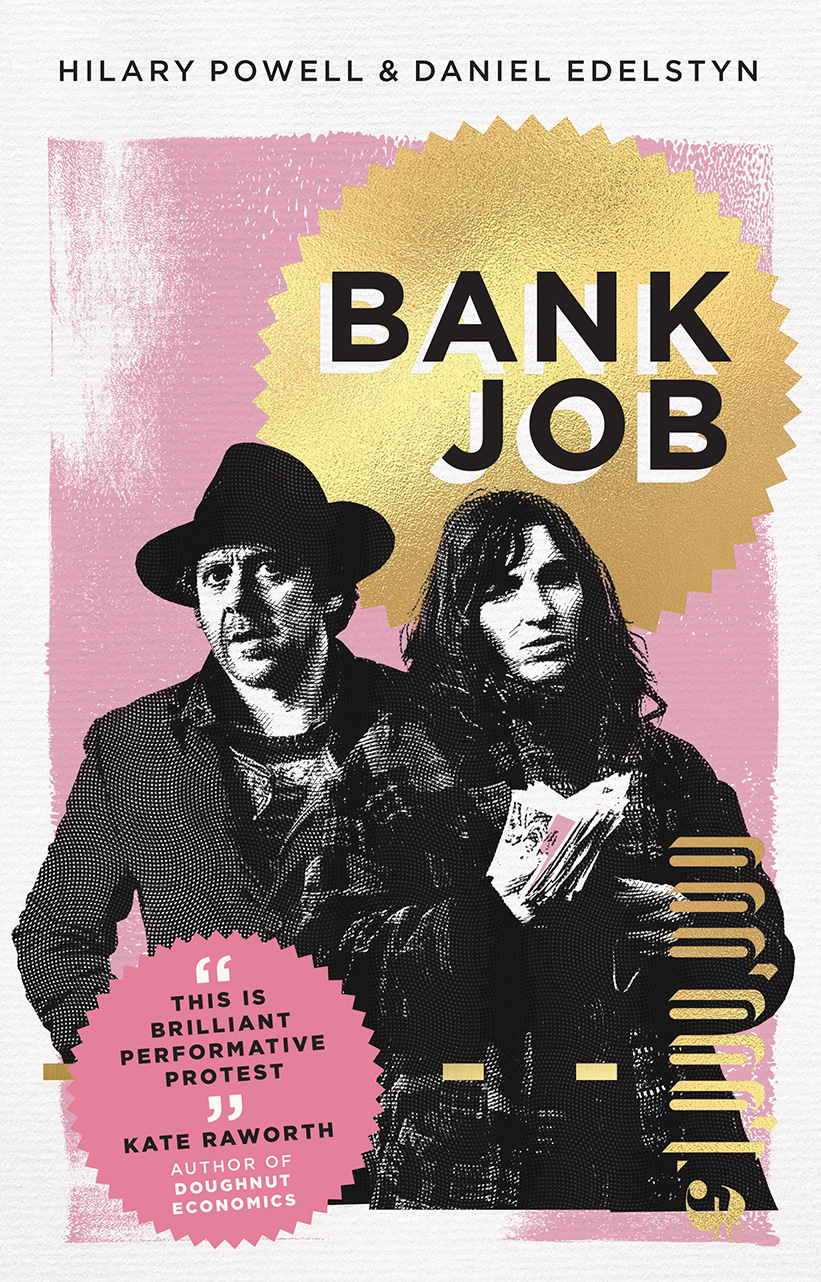 Bank Job is a white-knuckle ride into the dark heart of our financial system, in which filmmaker and artist duo Hilary Powell and Dan Edelstyn risk their sanity to buy up and abolish debt by printing their own money in a disused bank in Walthamstow, London. Tired of struggling in an economic system that leaves creative people on the fringes, the duo weave a different story, both risky and empowering, of self-education and mutual action. Behind the opaque language and defunct diagrams, they find a system flawed by design but ripe for hacking.

A 2017 Positive Money survey states that 85 percent of members of the UK parliament do not understand the banking system or how money is created. Their ignorance about the functioning of the economy is alarming for a country that needs to address the problems of rising inequality, deepening poverty, housing crisis and record personal debt. The situation is probably not that much more cheerful in the rest of the Western world. Especially after one year battered by a pandemic.

As much as I like to write about disheartening socio-political abuses, I thought I should end 2020 with an uplifting story. I found it in a book that details a couple’s artistic fight against toxic debt culture.

That couple is Hilary Powell and Daniel Edelstyn. Edelstyn is a filmmaker, Powell an artist and in 2017, they took over an old bank out in Walthamstow, a district located in one of London’s most economically and socially deprived boroughs. Inside, they printed their own money, just like the Bank of England, except that they sold the bills as works of art. The duo splits 20,000 pounds of the sales proceeds, donating half to local nonprofits and using the rest to buy payday-loan debts resold by banks (usually to collections agencies) for a fraction of its original value.

Instead of the Queen, Adam Smith, Winston Churchill or Jane Austen, their banknotes celebrated some of the local people whose life is dedicated to redressing the broken economic system: Gary Nash, the founder of a food bank; Saira Mir who is running a soup kitchen; Stephen Barnabis, the head of the Soul Project that provides activities and hope for young people, particularly those from deprived backgrounds and then there was Tracey Griffiths, the headteacher of the artists’ children’s primary school in Walthamstow deeply affected by government’s education cuts. 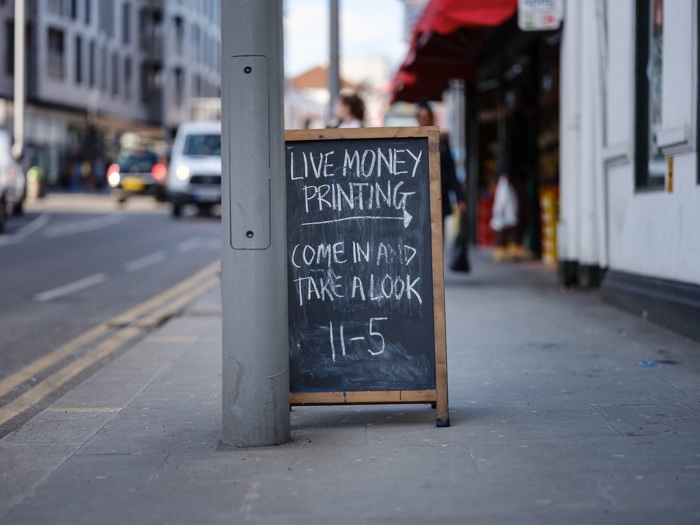 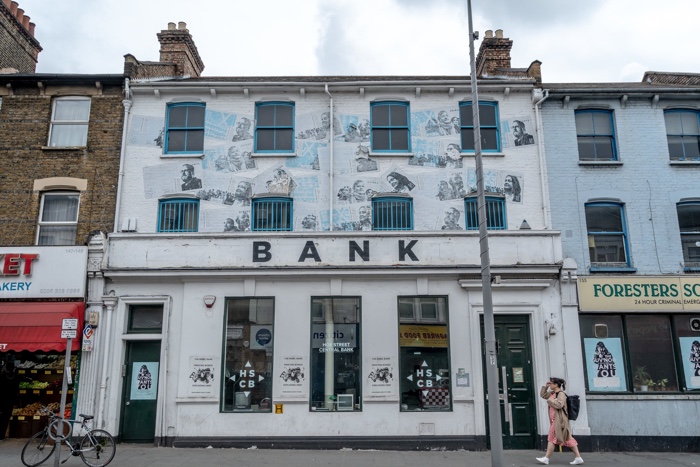 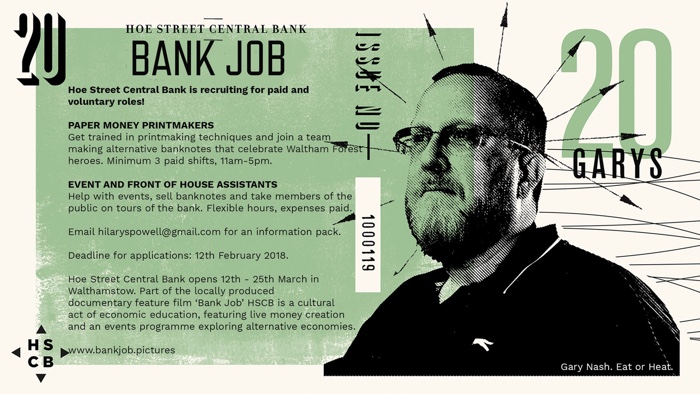 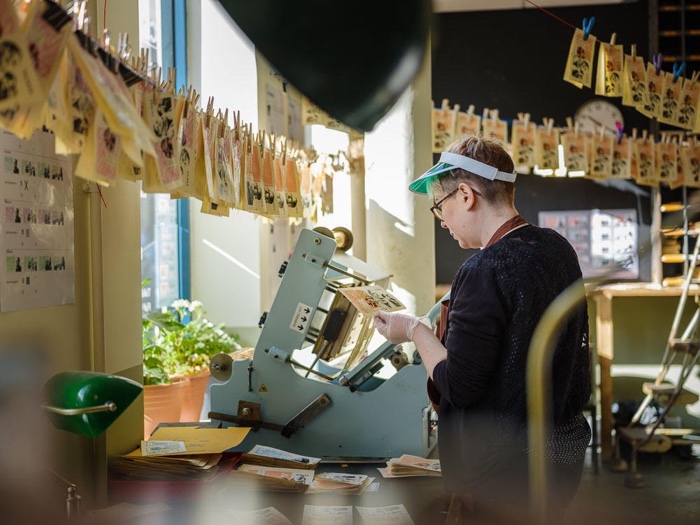 The most spectacular chapter of the project is the performance “Big Bang 2″, titled in reference to 1986 Thatcher-led Conservative government deregulation of the financial markets.

The artist’s version of an event that changed the City of London consisted of exploding a gold-painted van in front of London’s financial district. The vehicle was filled with paper notes stamped with the word “DEBT” in block capital letters. With the skyscrapers of Canary Wharf business district in the background, this made for very photogenic shots. The long preparation to set up the controlled blast actually sounds scarier than the detonation itself. 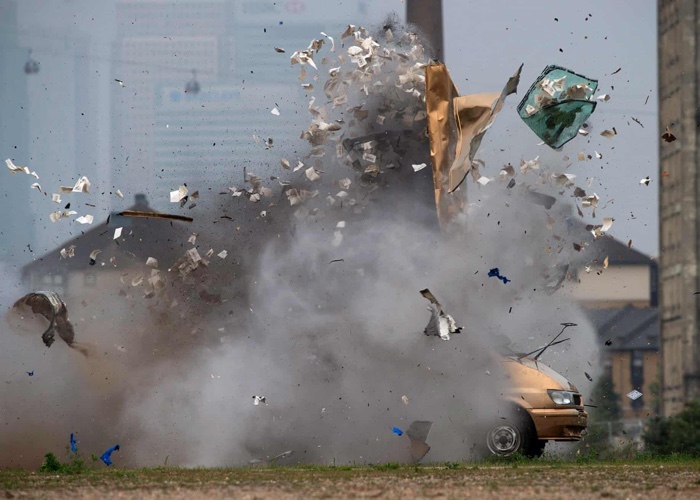 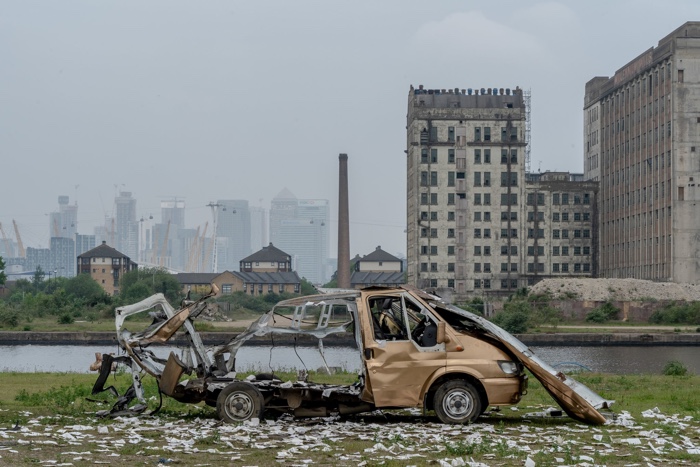 The Bank Job book tells about the hurdles, the personal experiences and the small stories behind Eldestyn and Powell’s headline-grabbing actions but it also explains the close connections between debt, the current economic system, democracy and freedom.

In the publication, the artists detail how the project doubled as a long, hands-on investigation into the invisible and “hackable” aspects of banking and monetary systems that are, in many respects, designed to benefit the few at the expense of the many. Their bank became a lab where other artists, thinkers, members of the local community and curious passers-by could participate in the printing process, learn about the economy and debate about possible alternatives to neoliberalism, to lives of indebtedness, to a decade of austerity and to systems that are deliberately obscure.

If you’re nostalgic about art before Zoom, need tips on how to get the authorisation to blast a vehicle in health&safety maniac London and are looking for a kind of “Monetary Systems for Dummies”, then Bank Job is for you. The documentary about the whole adventure should be released soon. 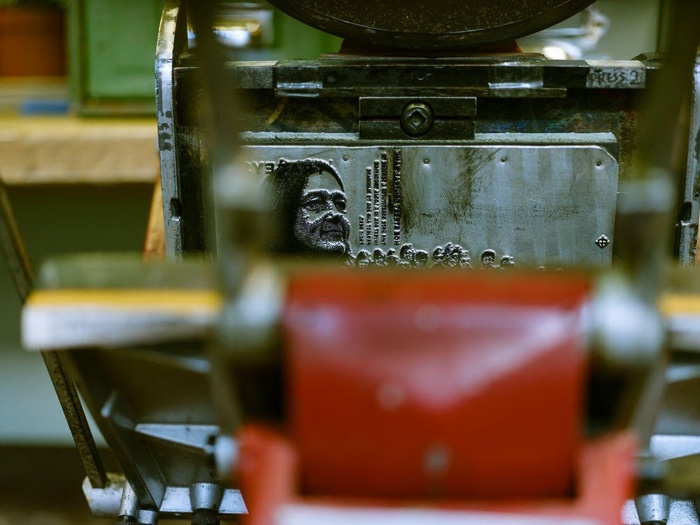 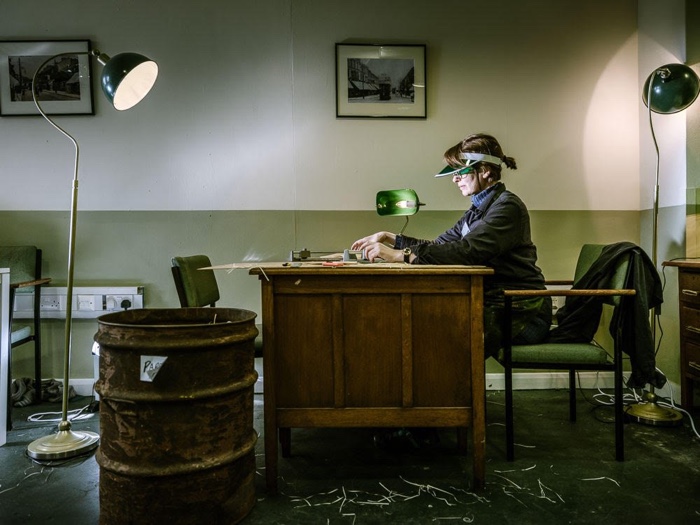 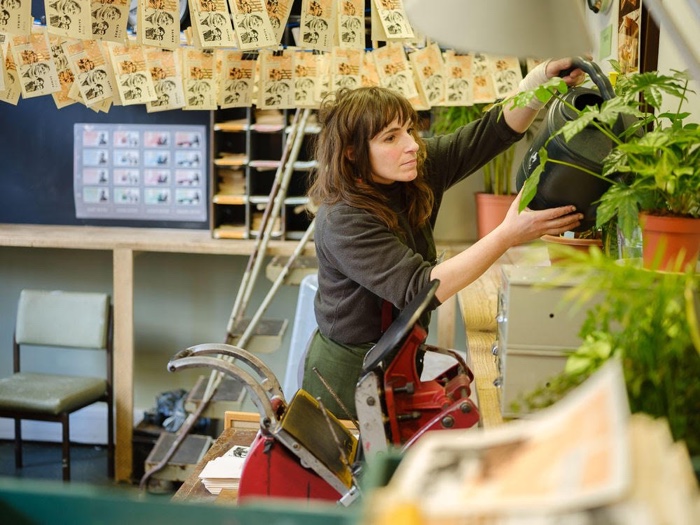