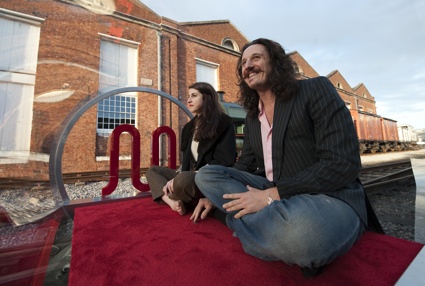 During the AND festival, Heiko Hansen and Helen Evans from HeHe were inviting people to ride their autonomous vehicle, the ‘M-blem’, on a track that made history in 1830 as the world’s ‘first recognisably modern inter-city railway,’ the Liverpool and Manchester.

The experience starts at the original station building of the Manchester to Liverpool line (now part of the Museum of Science and Industry) where you get a ticket and are escorted upstairs to the track. You remove your shoes and hop inside the lightweight, transparent vehicle for 2. You press the red button and off you go. You’re sitting almost at ground level and there’s nothing between you and the landscape. Very pleasant, very very childish. 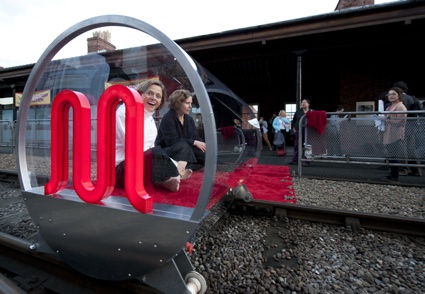 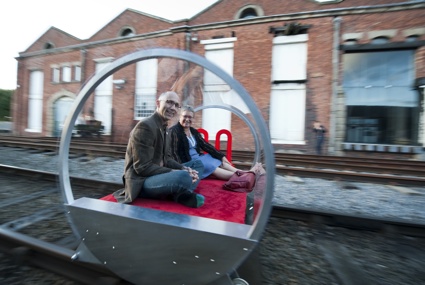 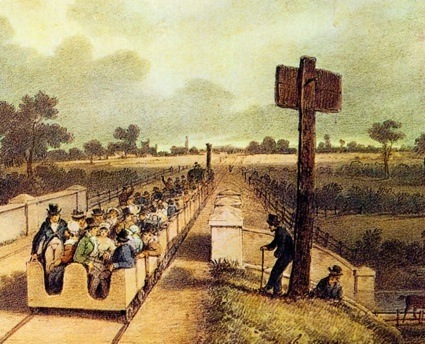 A.B. Clayton, painting of the inaugural journey of the Liverpool and Manchester Railway, 1830

The project is inspired by ARAMIS, a research project for the development of a network of on-demand, non-stop, automated cars to carry up to 4 people along guided rails around Paris. Aramis was a fiasco, much like many of the Personal Rapid Transport projects that emerged in the second half of the 20th century. PRT research projects proposed an alternative to both cars and collective transportation by operating small automated vehicles for 1 to 6 persons on specially built guide ways. Bruno Latour for example, reflected on the Aramis fiasco in Aramis, or the Love of Technology.

M-blem shares the fascination for a personal automated travel experience but it piggybacks on existing transport infrastructures. So did the previous versions of the artists’ transportation system in other cities:

The TRAIN rode on The Petite Ceinture (The little belt), a rail track that draws a circle around Paris. Much of the rail tracks and the stations were abandoned in 1934.

A second version took the form of a battery-powered Flying Carpet driven on the tram track that runs along Istiklal, a pedestrian shopping street in the western part of Istanbul. 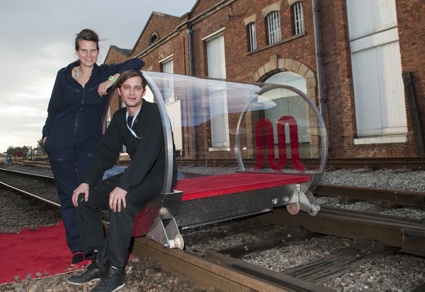 M-Blem is a new co-commission by Abandon Normal Devices and The Arts Catalyst, in partnership with The Region Ile de France.