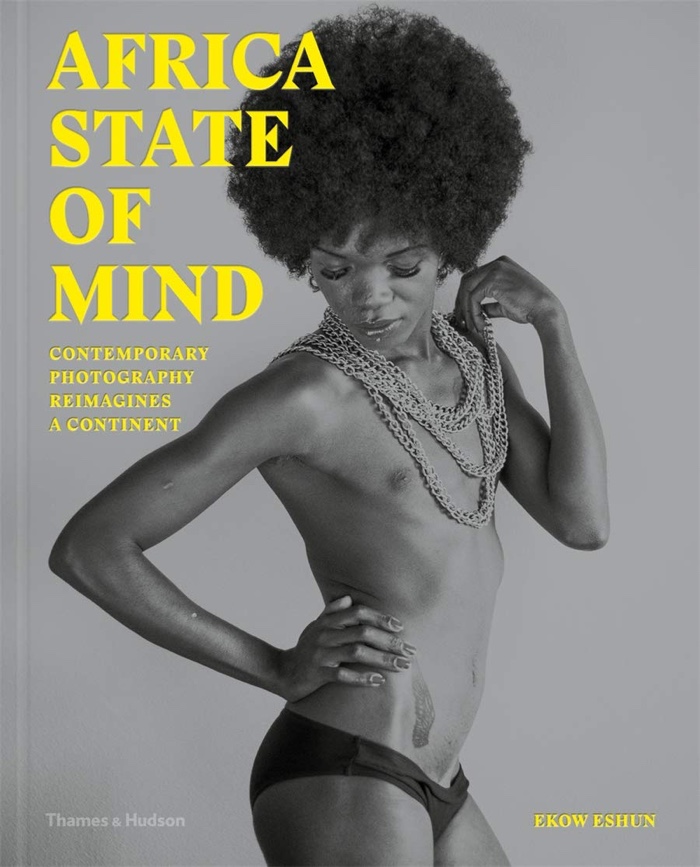 Description by publisher Thames & Hudson: Africa State of Mind gathers together the work of an emergent generation of photographers from across the continent, exploring Africa as a psychological space as much as a geographical one. Both a summation of new photographic practice from the last decade and a compelling survey of the ways in which contemporary African photographers are engaging with ideas of “Africanness,” Africa State of Mind is a timely collection of those photographers seeking to capture the experience of what it means to “be African.” 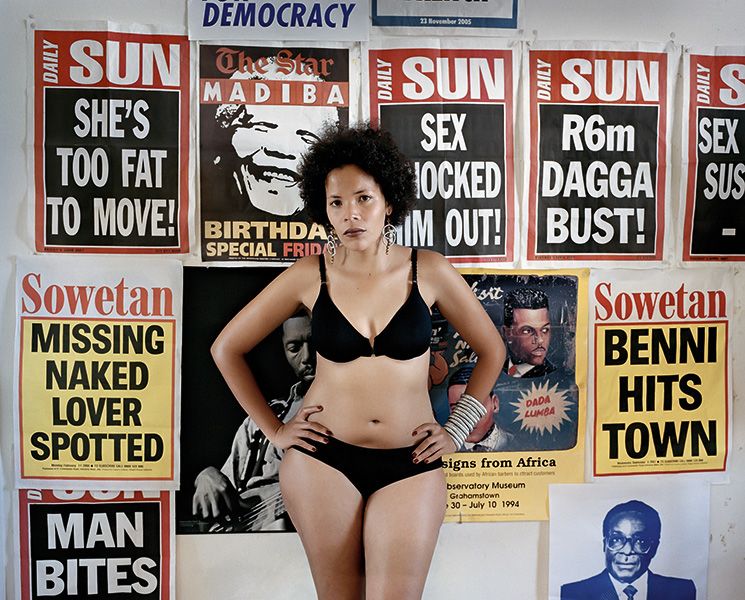 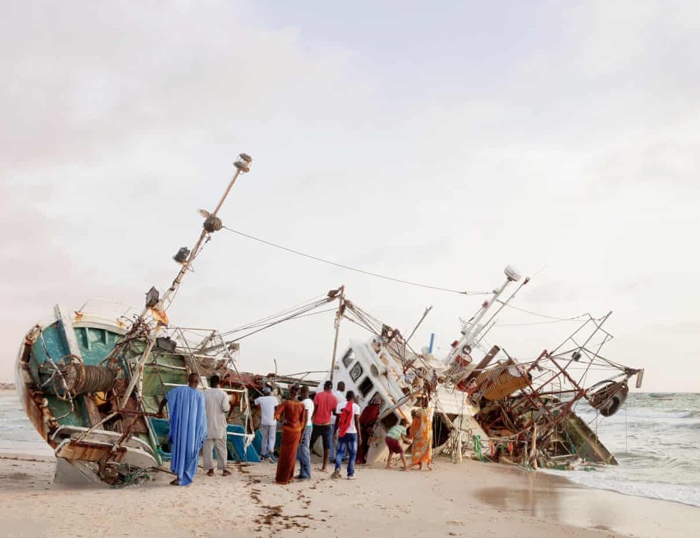 If you have to pick up one photo book to spend the Summer with, make it Africa State of Mind. Bringing together images taken over the past decade, the publication shakes off any tropes and presumptions we might have about the African continent. The result is eye-opening, dramatic and joyful.

The photographers selected for the book take a firm hold on the narrative around Africa. They picture the fertile clashes between the exciting life in ever-spreading metropolises and the ingenuity of people who manage to keep on doing business despite regular power cuts in poorer neighbourhoods; the not so subdued Islamic women and the communities who challenge an heteronormative society; the petroleum-fuelled economy and the opportunistic models of street commerce; the tribe in Kenya threatened with disappearance and the student protests against rising tuition fees; the many dimensions of belief in the supernatural, of feminism, beauty, imperfections. 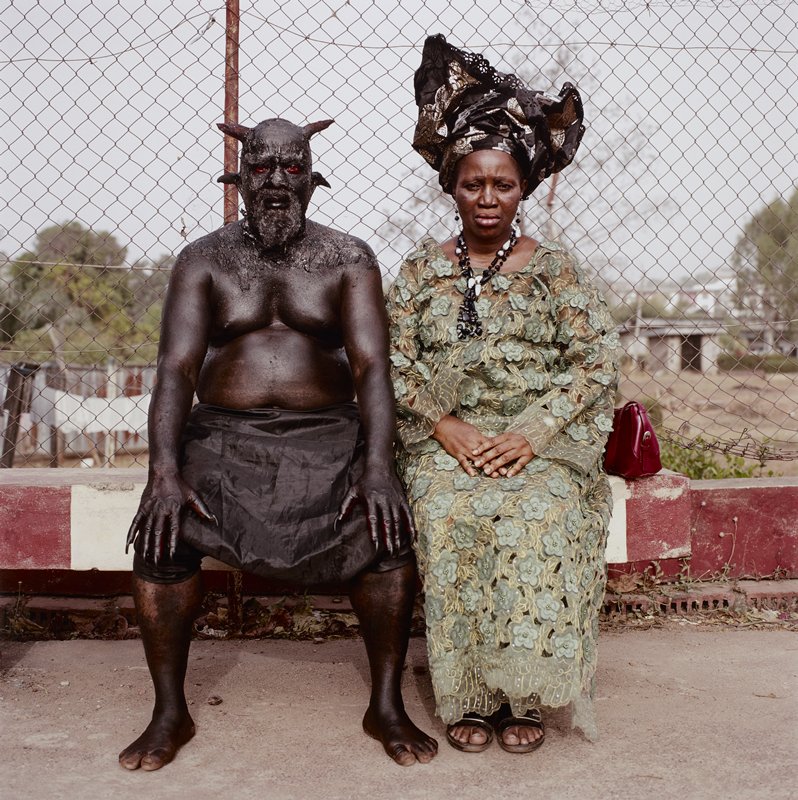 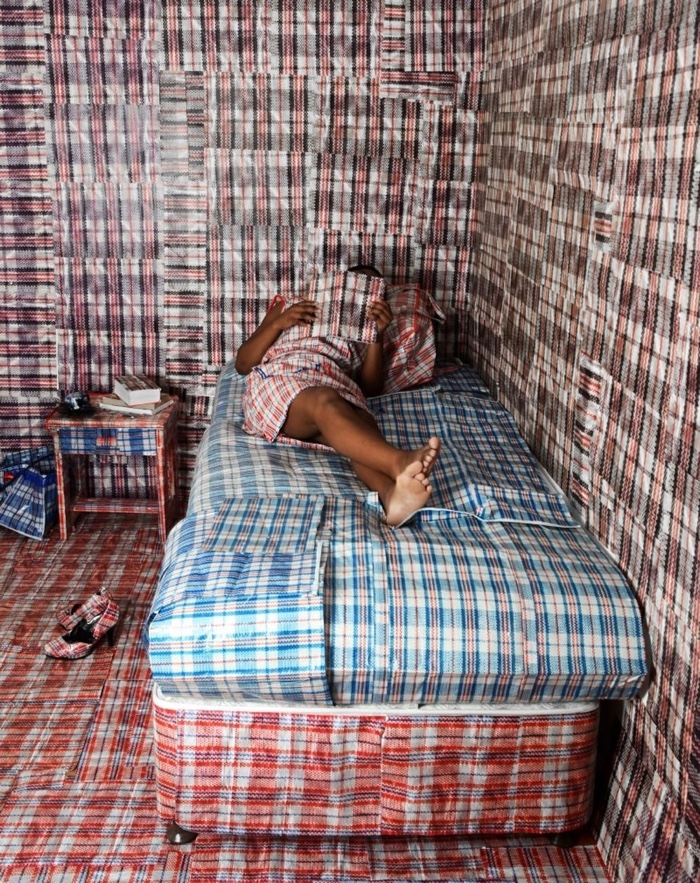 This generation of photographers also defies the representations of the continent and the ideas of ‘Africanness’ created in the previous centuries, when Africa was portrayed chiefly through Western eyes. Ekow Eshun follows 4 main threads to illustrate how these artists expand the narrative around Africa: Hybrid Cities explores the rapid urbanisation of the continent; Inner Landscapes articulates personal visions of Africa; Zones of Freedom is dedicated to the depiction of sexual identities that are violently rejected in some parts of the continent; more than the previous chapters, Myth and Memory looks beyond the legacy of European colonialism, it subverts Western clichés of the exotic and redefines the many African identities experienced by people living on the continent and in the rest of the world as children of the African diaspora.

Here’s some images and commentaries only when I couldn’t help it: 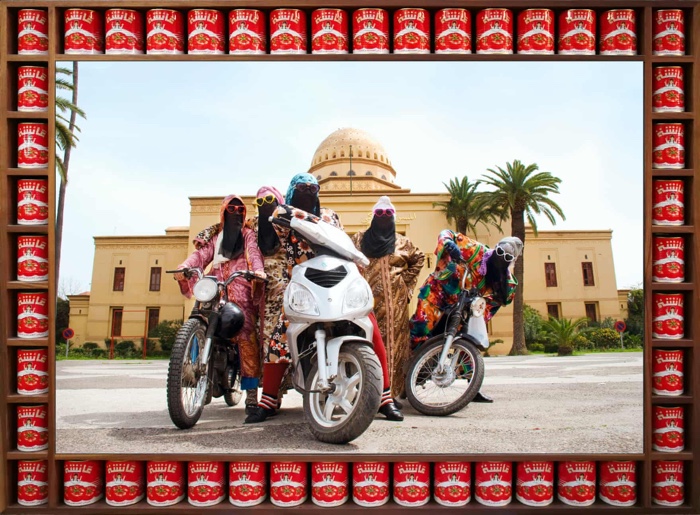 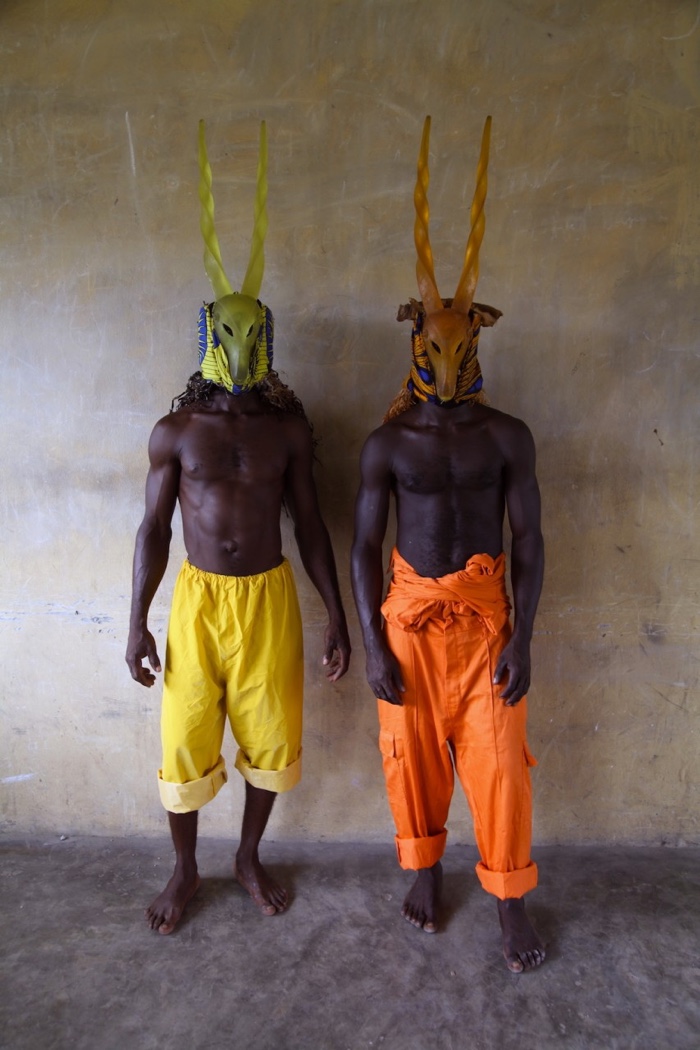 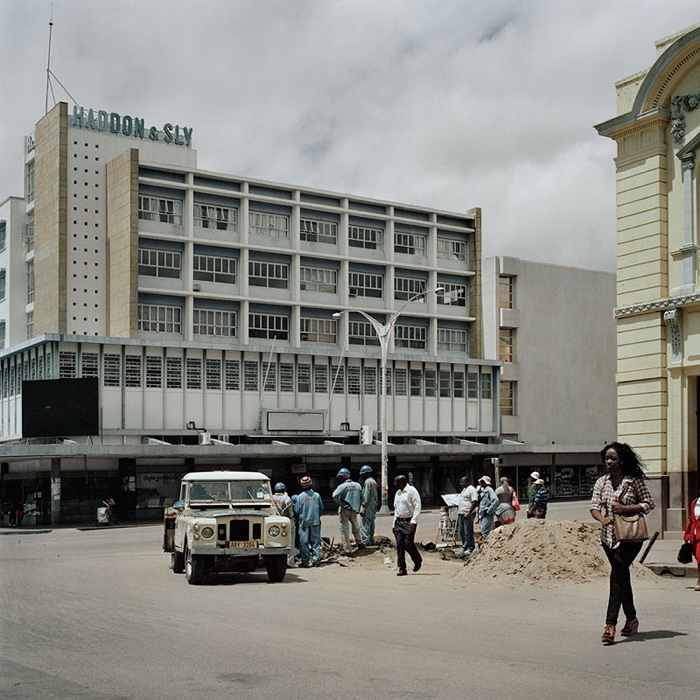 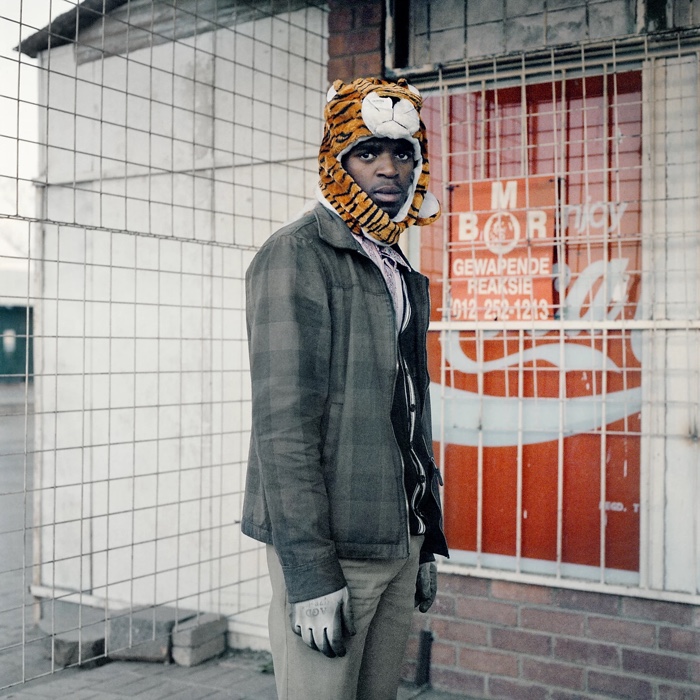 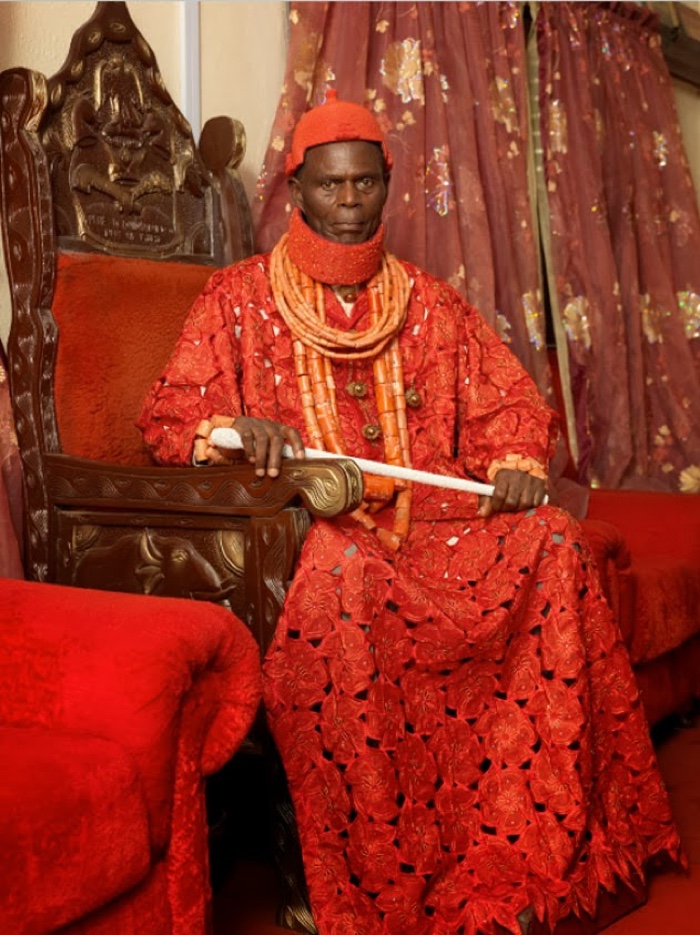 In 1963, Nigeria became a republic and the regional kings and queens who ruled over hundreds of ethnic groups in the country were stripped of constitutional power. Their descendants, however, still play a role in Nigerian society. They not only are the custodians of the diversity of the cultural heritage of the country but they also settle land disputes, matrimonial issues and other local-level disagreements among their people. In 2012, George Osodi travelled across the country to photograph them in full regalia. 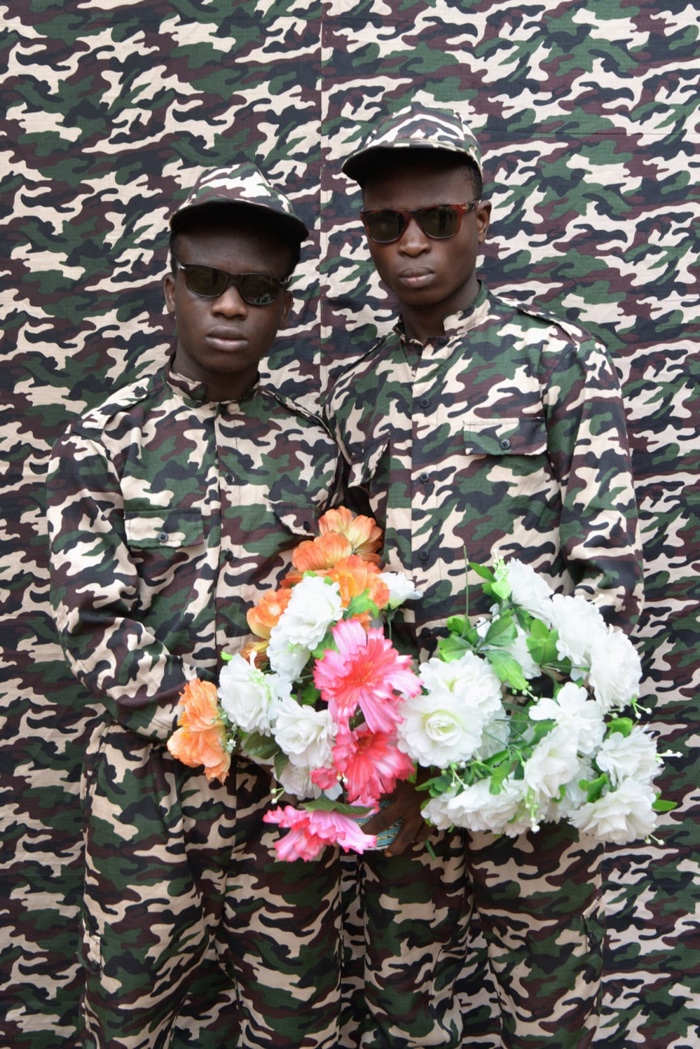 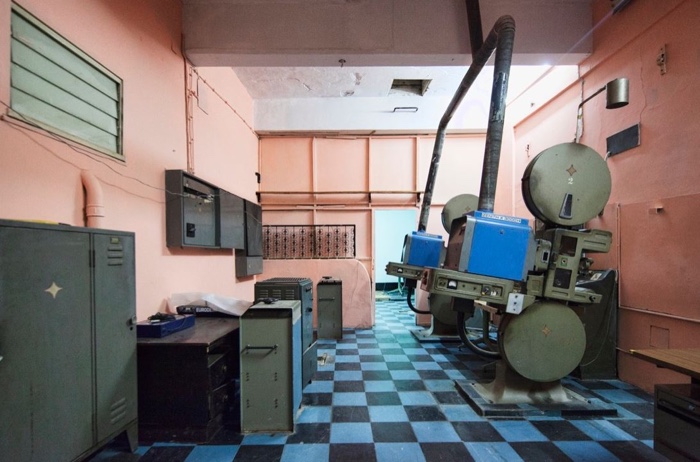 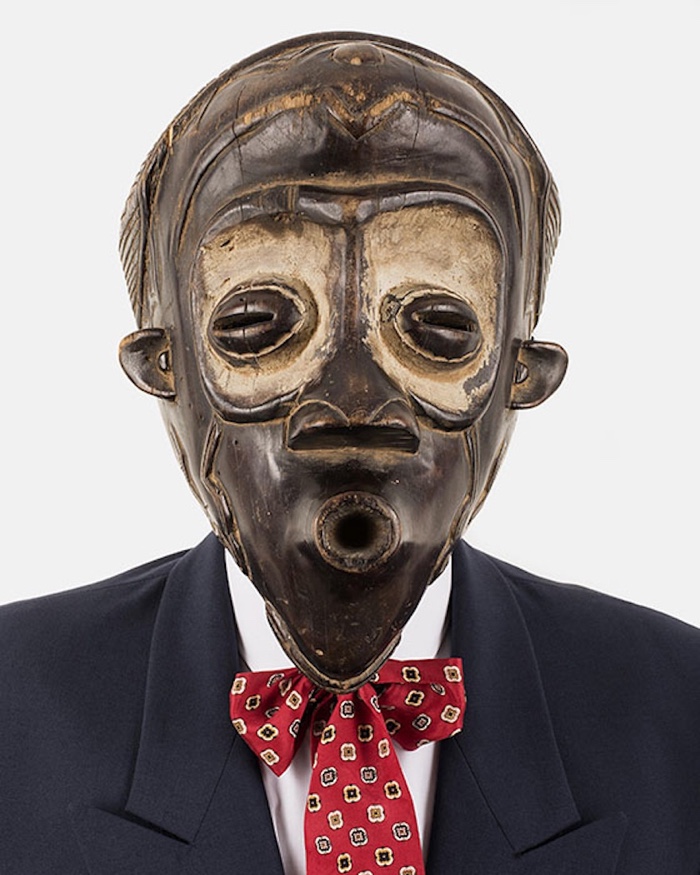 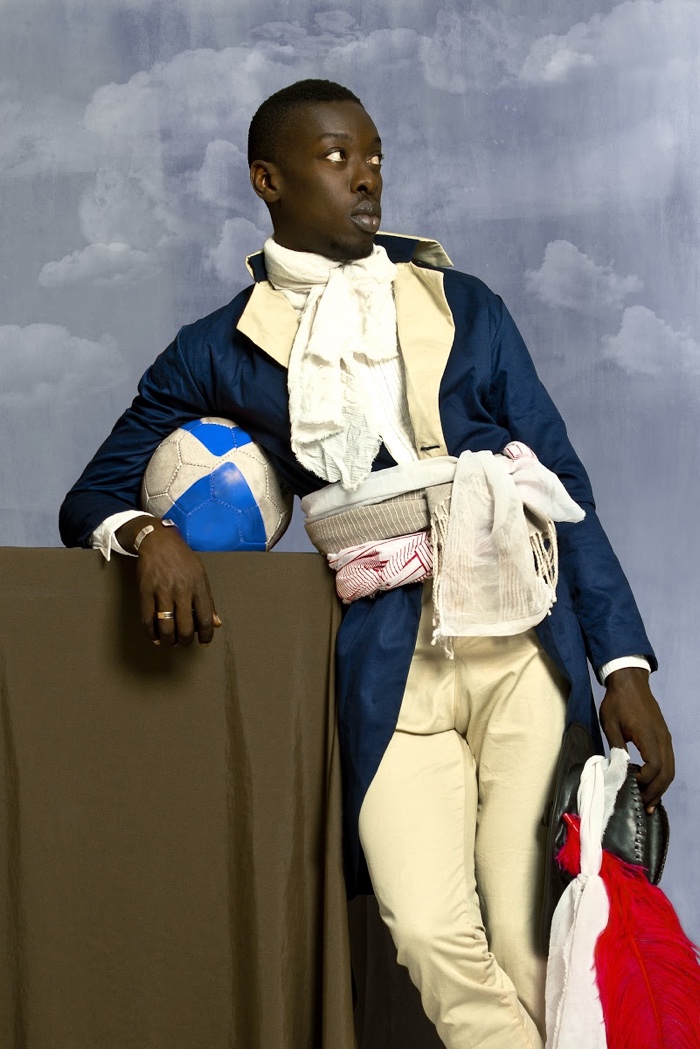 In his Diaspora self-portraits series, Omar Victor Diop poses as Africans historical figures of the colonial era. In the photo above, he recreates a portrait of Jean-Baptiste Belley by Anne-Louis Girodet. At the age of two, Belley was sold to slave merchants sailing for the French colony of Saint-Domingue. He later bought his freedom, fought in the Haitian Revolution and became the first black deputy to take a seat in the French National Convention. Belley returned to Saint-Domingue in 1802 as an officer of gendarmes, but he was arrested and died in prison in 1805.

The references to football in the photo series suggests the difficulty experienced by black people then and now of living a life of glory while facing the challenges of being framed as the ‘other’ in a white society. 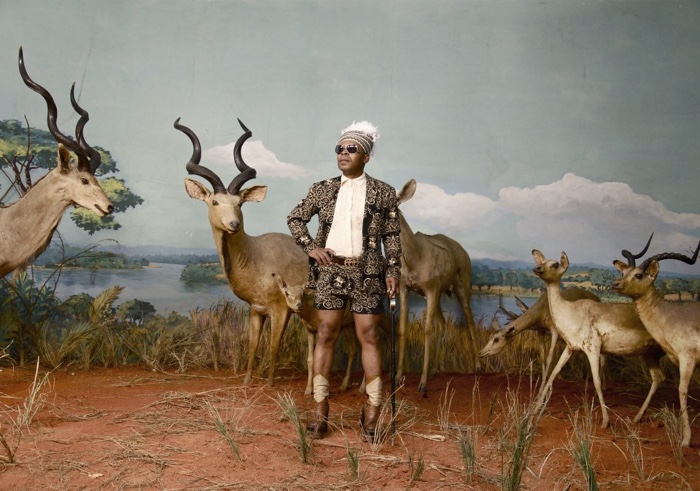 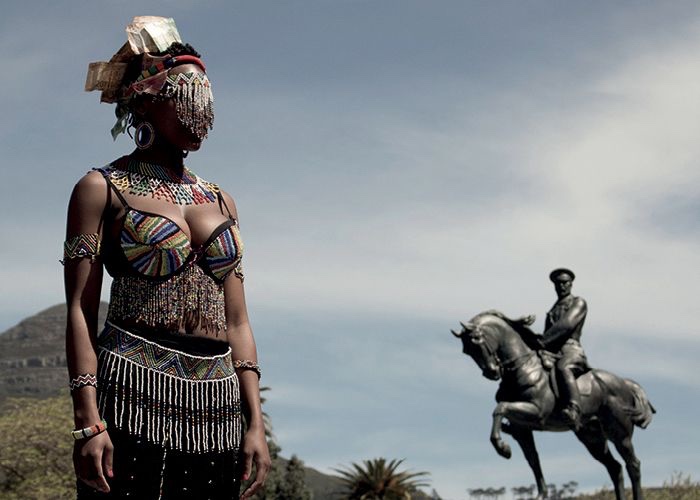 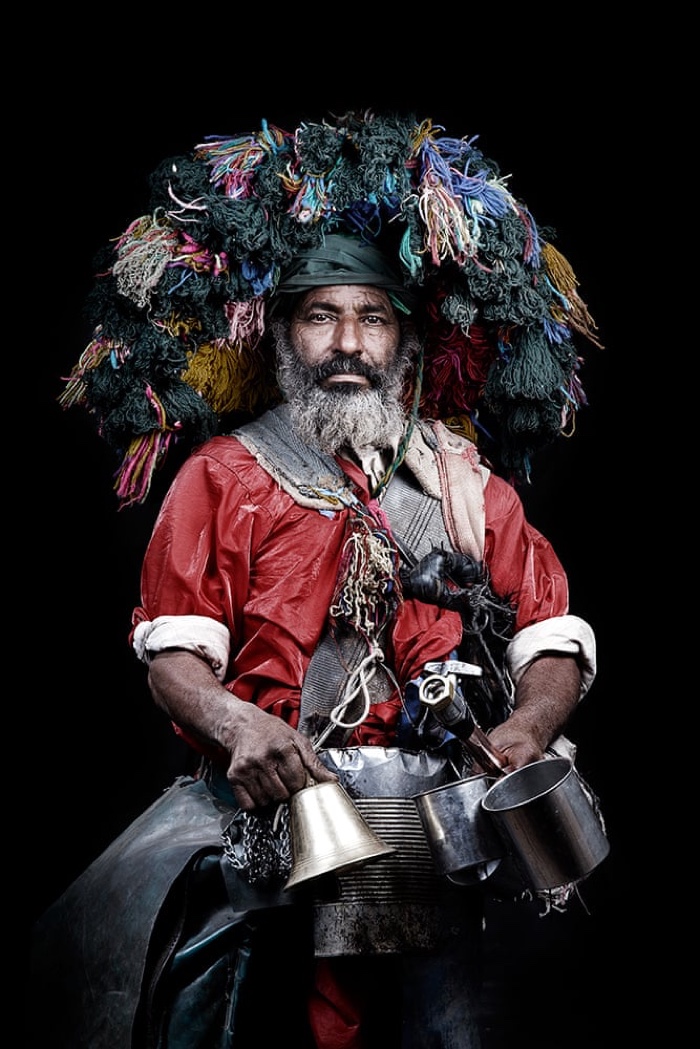 Another reason to applaud Africa State of Mind is that it gives more space to women photographers than most publications of the kind. I particularly loved the work of Zina Saro-Wiwa, Nobukho Nqaba, Phumzile Khanyile, Nontsikelelo Veleko, Atong Atem and Leila Alaoui. 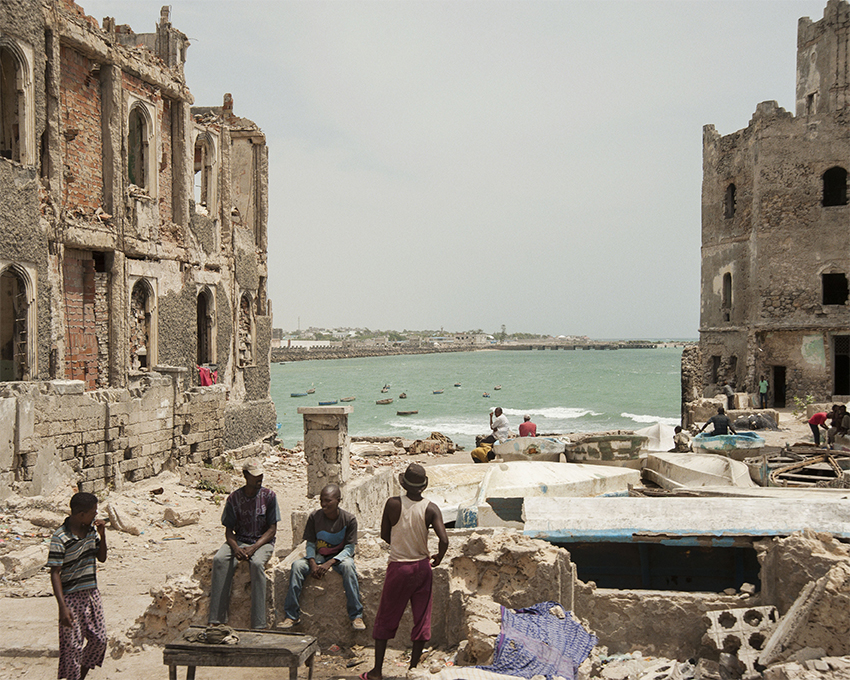 Guillaume Bonn, After two decades of war and destruction, the Italian colonial architecture of Mogadishu is barely surviving, 2013 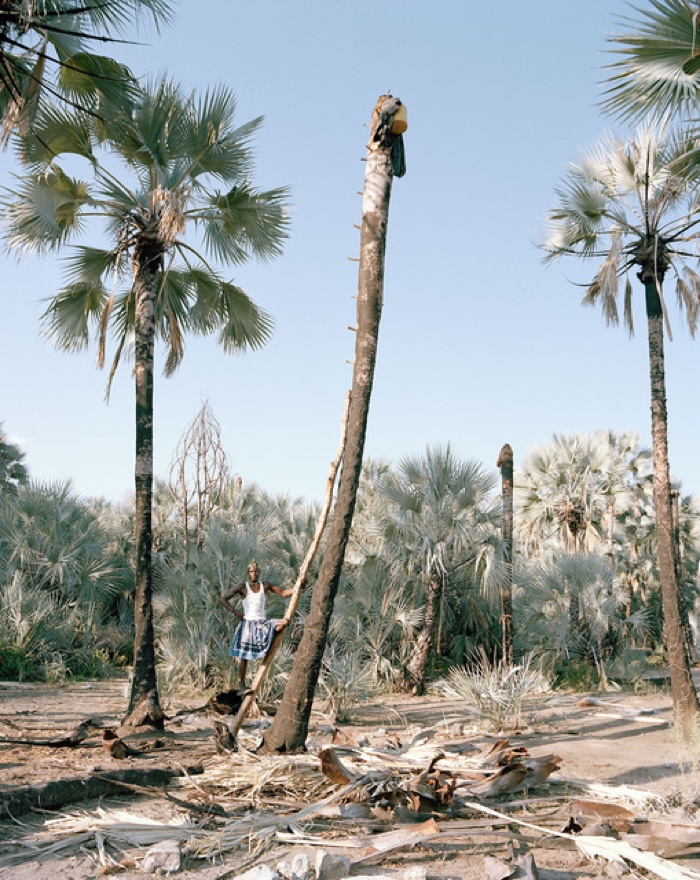 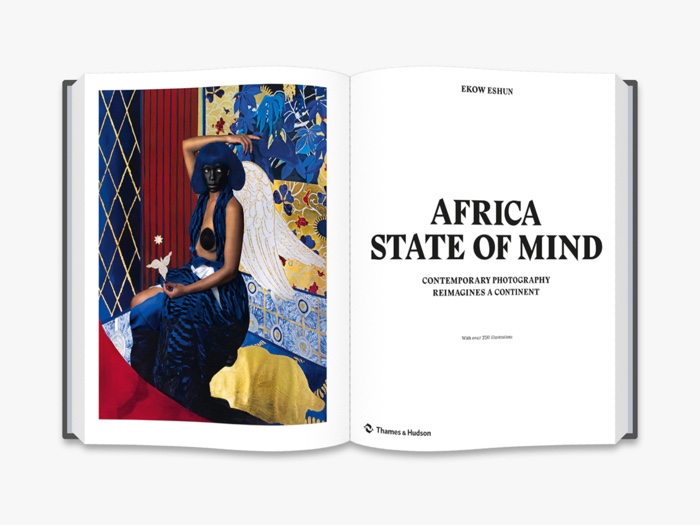 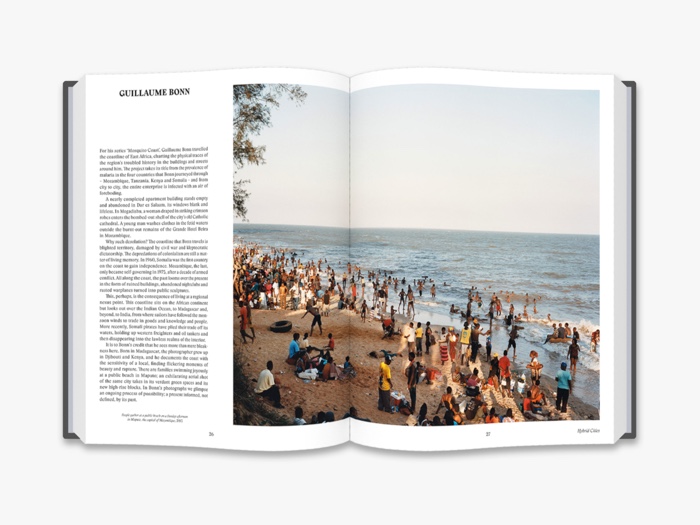 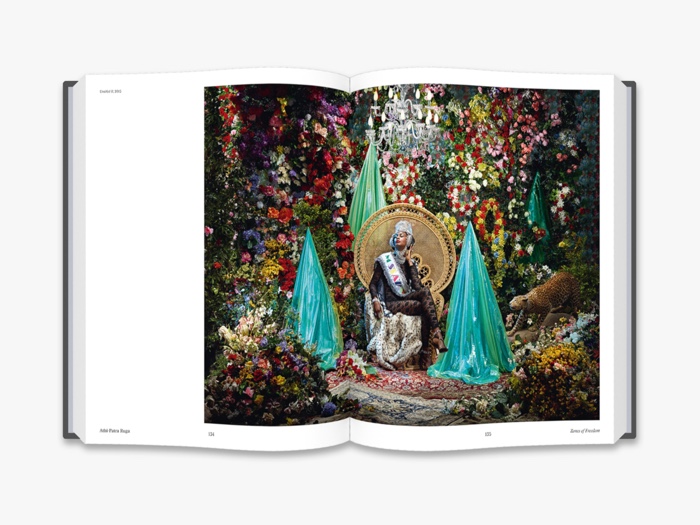