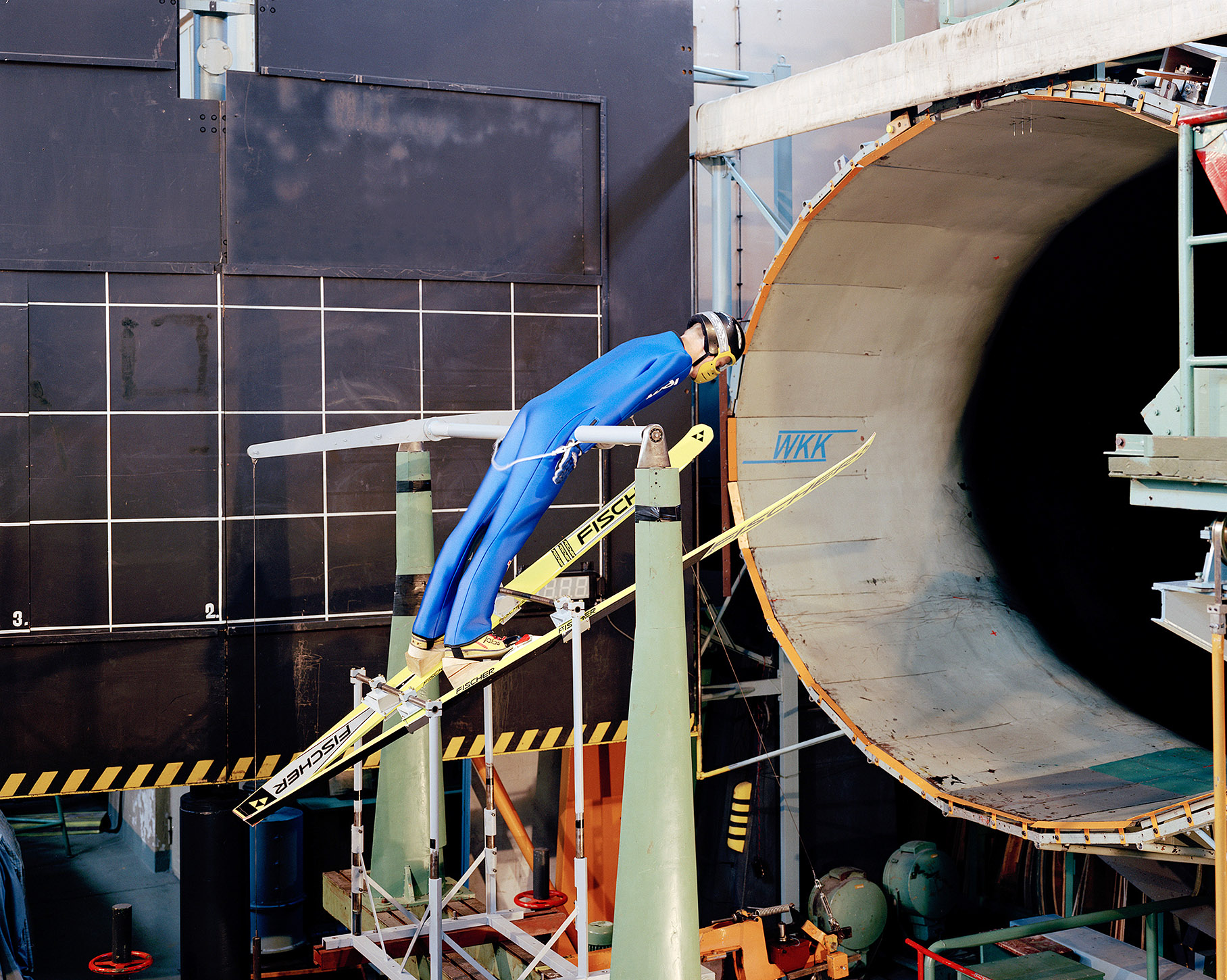 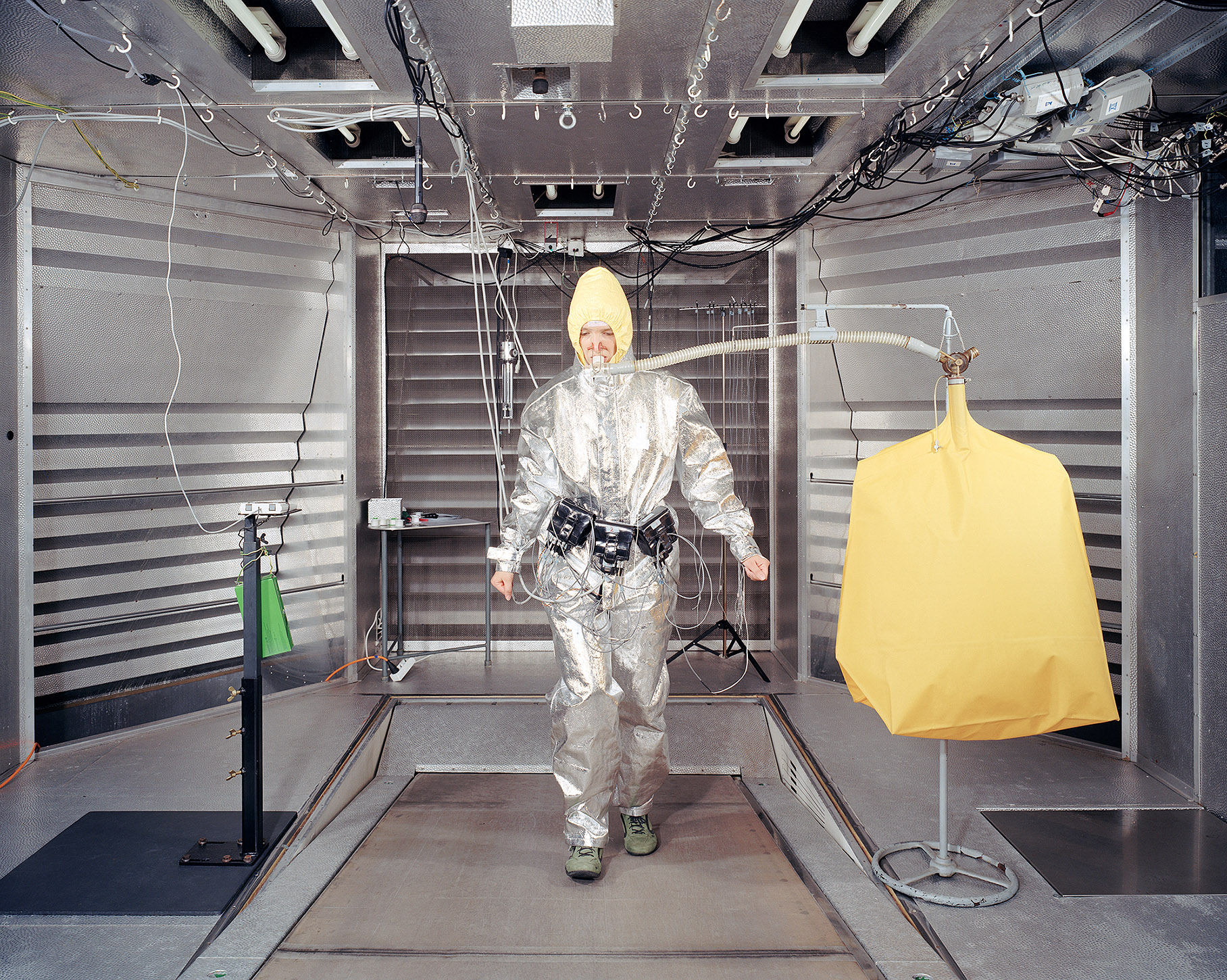 I’ve decided, after so many years of shunning any paper mag that isn’t called Neural or The Funambulist, that it was time i subscribed to a periodical again. Because few things make me happier than photography, I ended up choosing The British Journal of Photography. The latest issue is dedicated to “Weird Science”. Of course i was going to find stories in there that i’d need to share with you.

The most spectacular photo series in the magazine is Ways of Knowing in which photographer Daniel Stier documented the oddest science experiments he encountered during his four year long tour of science labs across Europe and the U.S.A.

I first thought that the series was entirely made up. The scientific contraptions look very unscientific. The men wear Martin Margiela-style headgear, their fabrications are as rough and DIY as anything you’ll see at a speculative design work in progress show and they also seem a bit random-but-with-their-own-twisted-logic as if they had been assembled by Thorsten Brinkmann. Turns out i was wrong, these images show genuine scientific experiments. The photographer never explains what they are about exactly, leaving the viewer imagine and speculate. 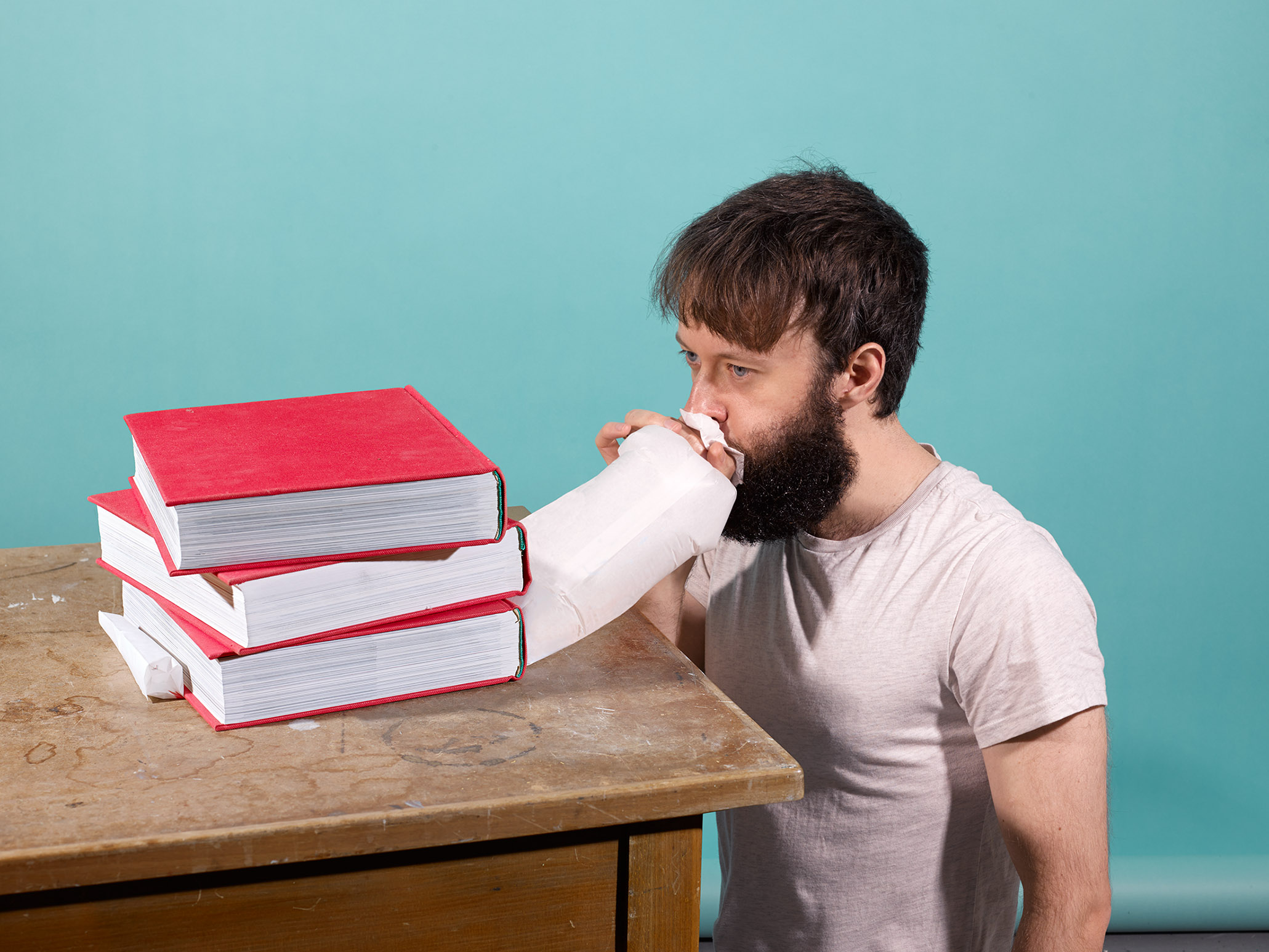 “I want to show the similarities between artistic and scientific work,” Stier told The Independent. “We are both swallowed by the same motivation and obsession. It’s a sort of loop of trial and error without a clear outcome.”

The artist believes that the reason why we are so surprised by the hasty duct tape aesthetics is that we are used to seeing a clinical portrayal of science labs: “You see all the stainless steel and white lab coats in magazines such as National Geographic, but that’s just not the reality. These labs look so dated because they have no money. They kind of make do with what they can get their hands on; things are taped up and falling apart, and they use stuff they find in their garages.” 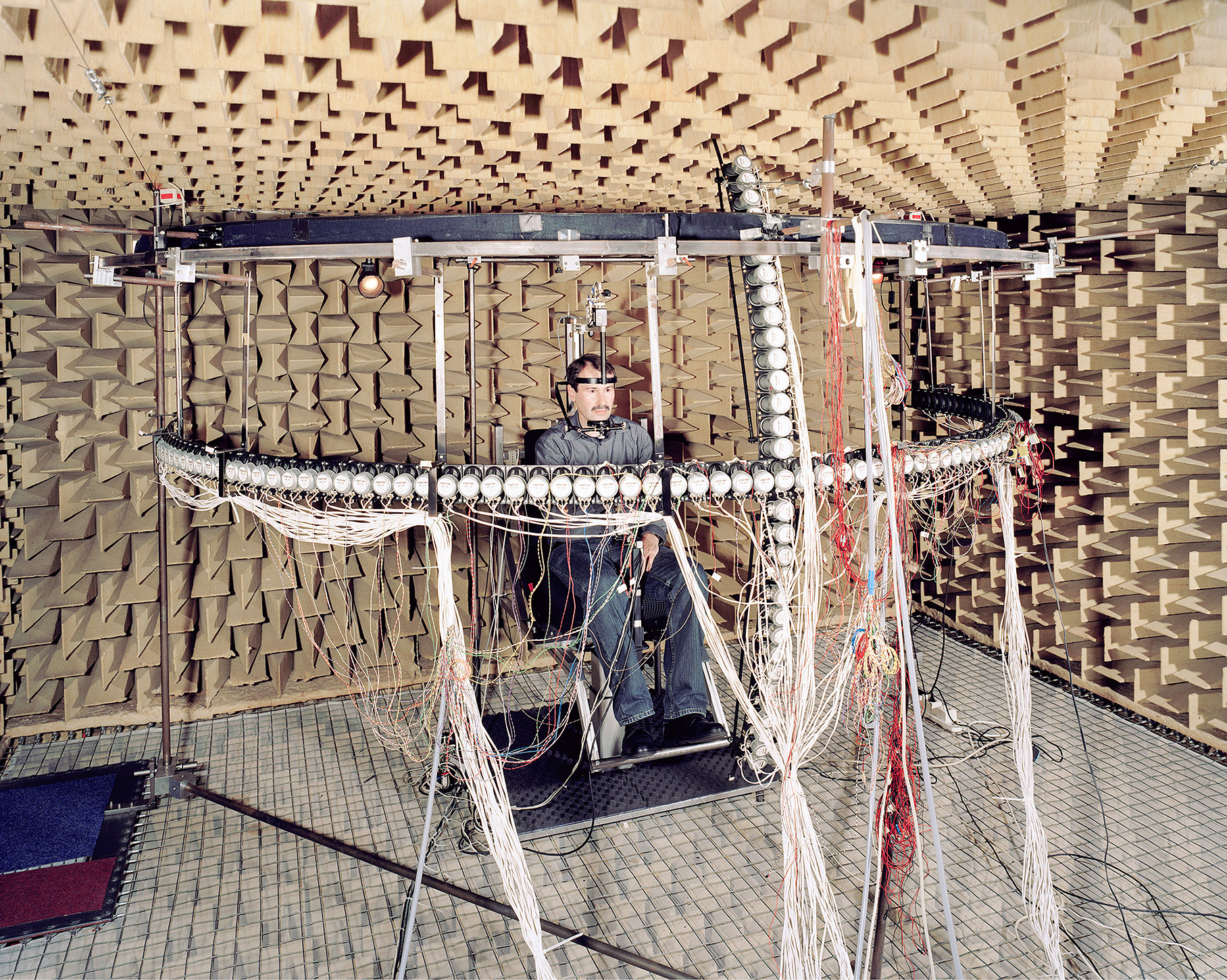 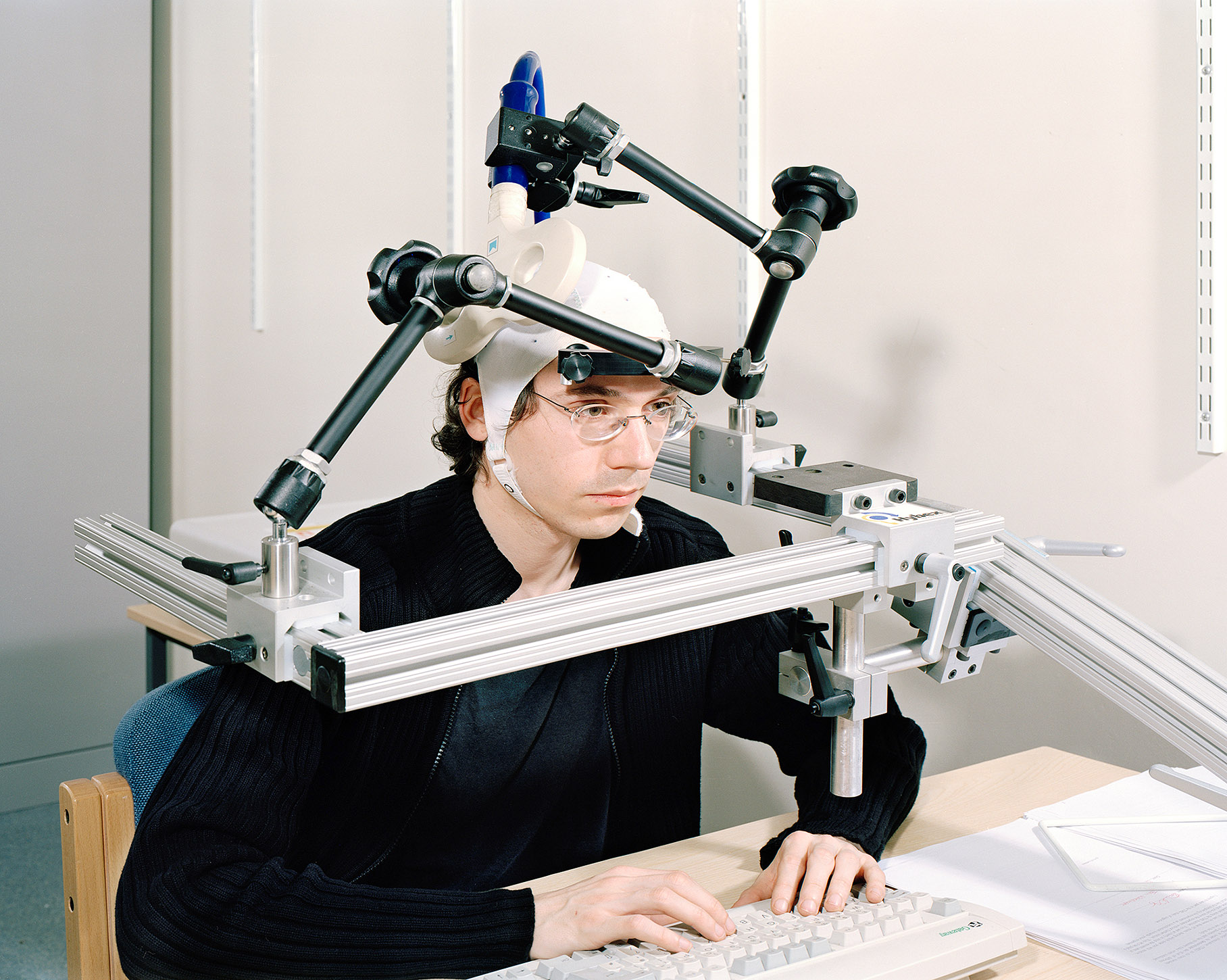 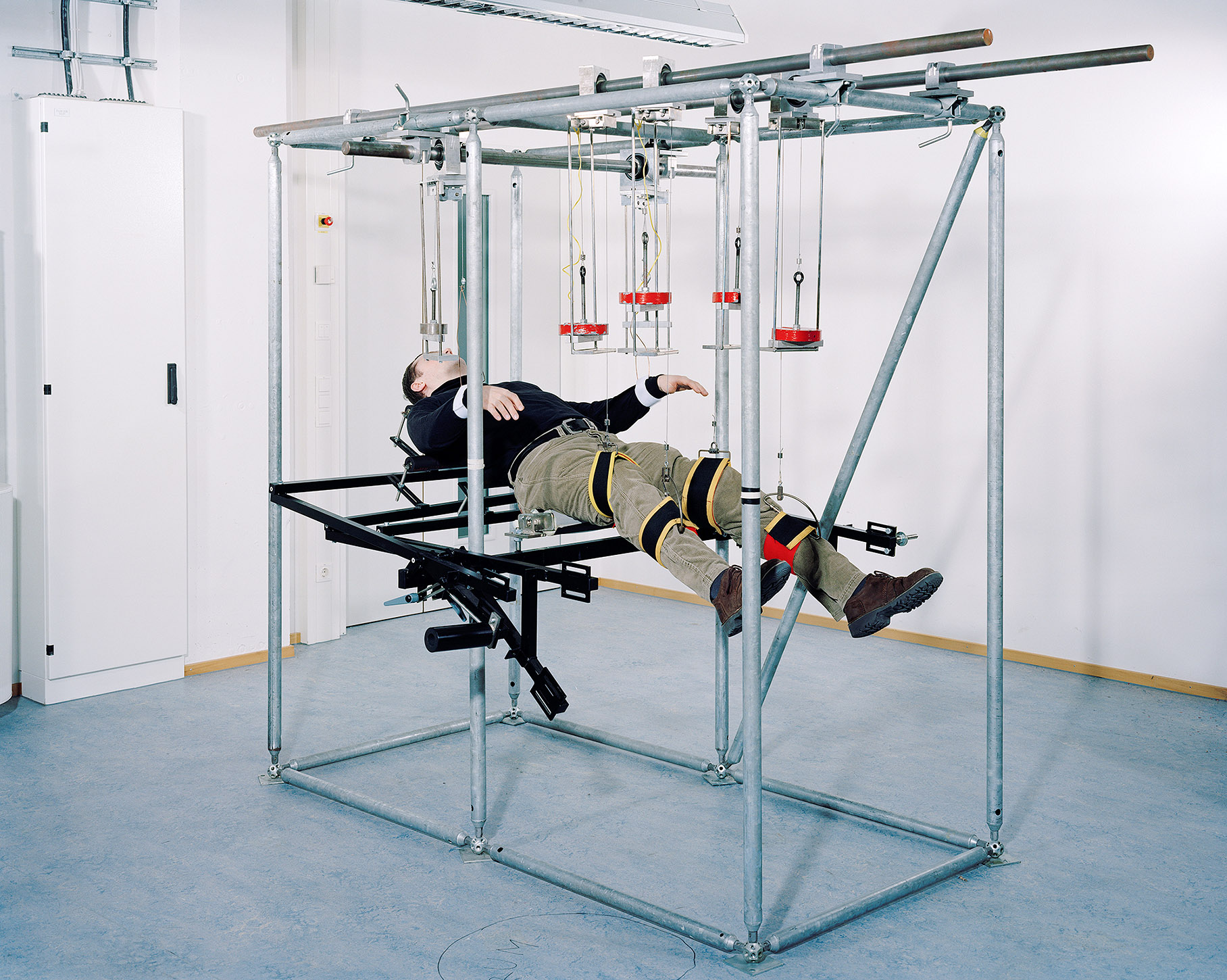 Daniel Stier, Chair, Institute of Ergonomics, Technical University of Munich. From the series ‘Ways of Knowing 1’ 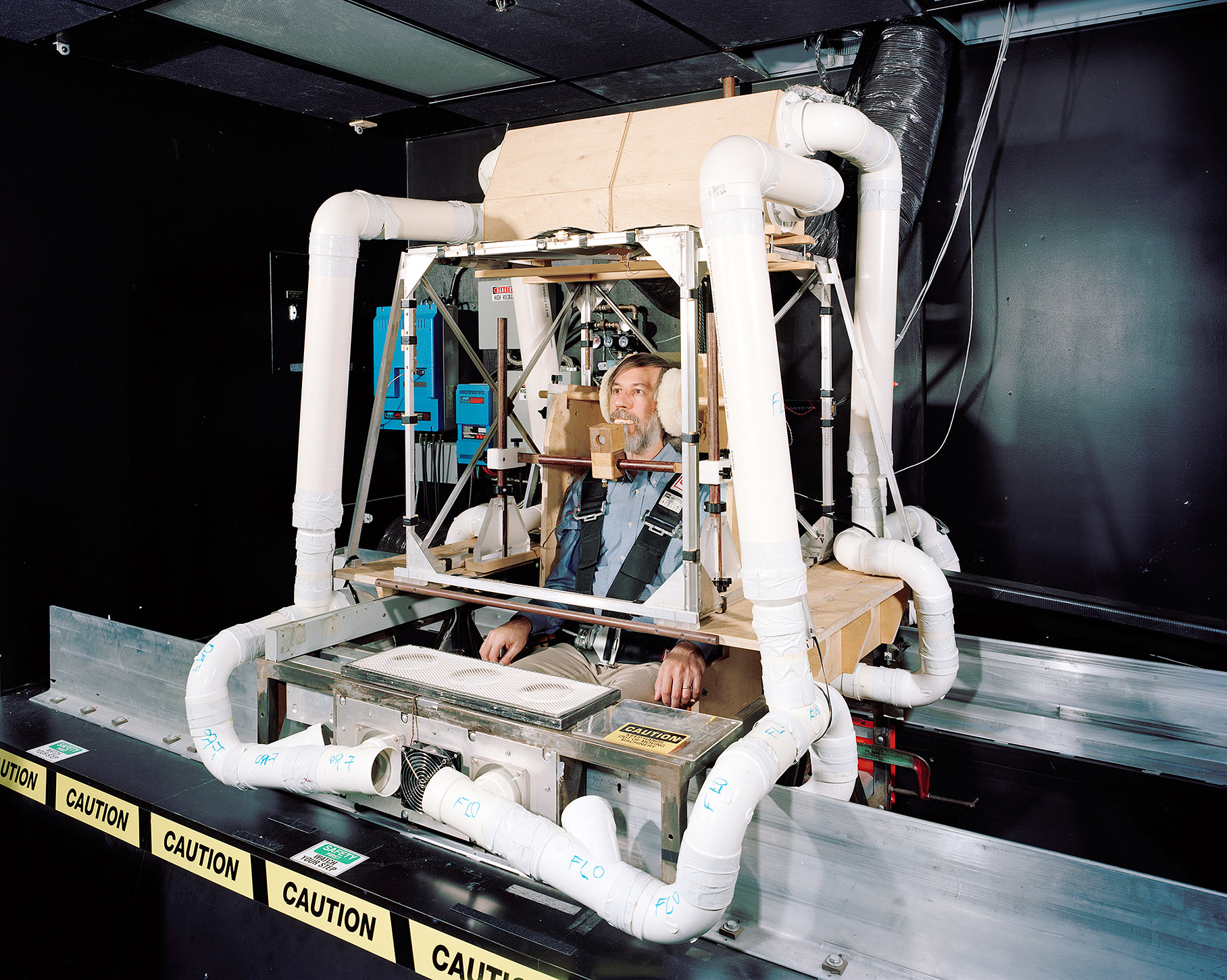 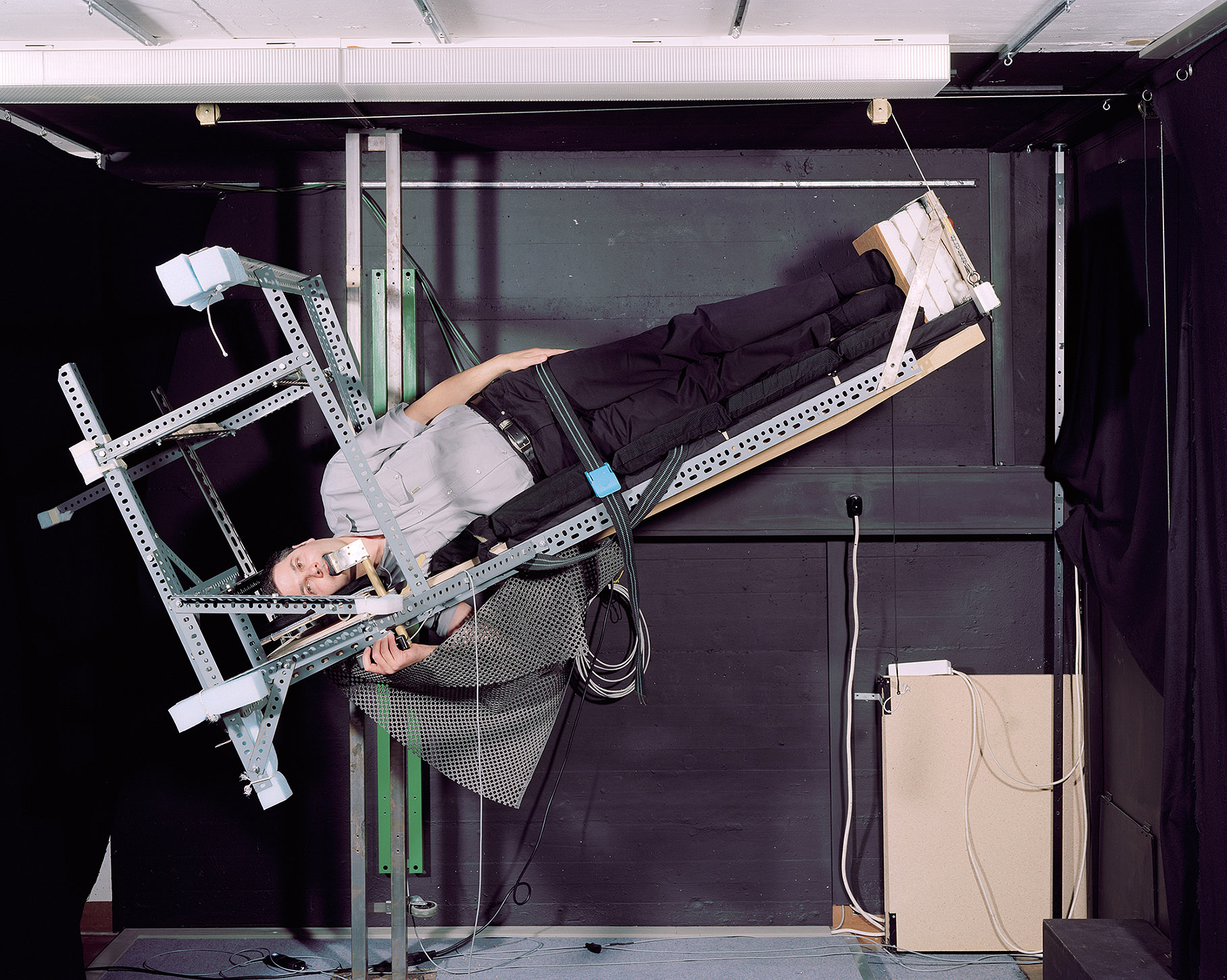 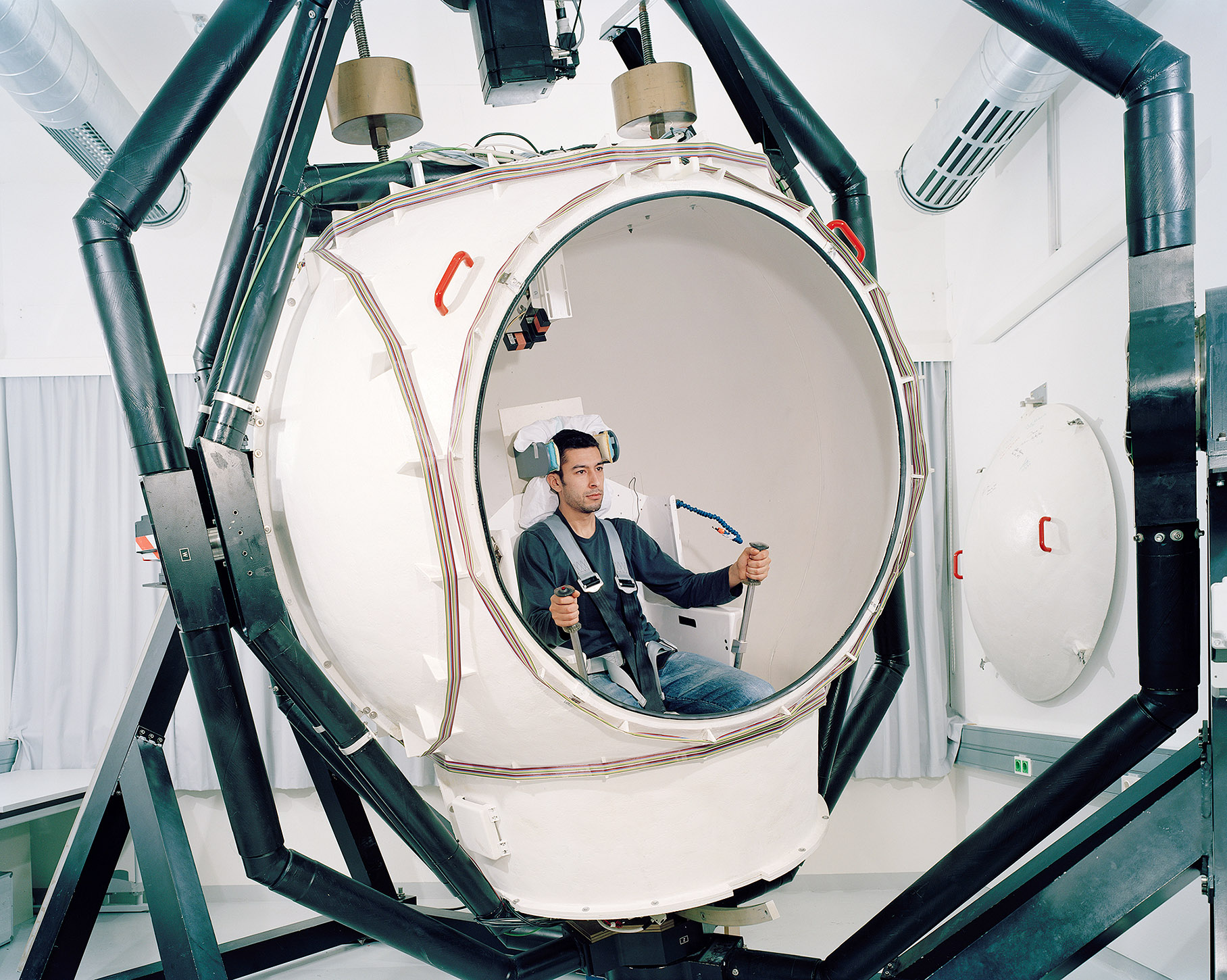 Daniel Stier, Centre of Neurology and Hertie-Institute for Clinical Brain Research, University of Tübingen, Germany. From the series ‘Ways of Knowing 1’ 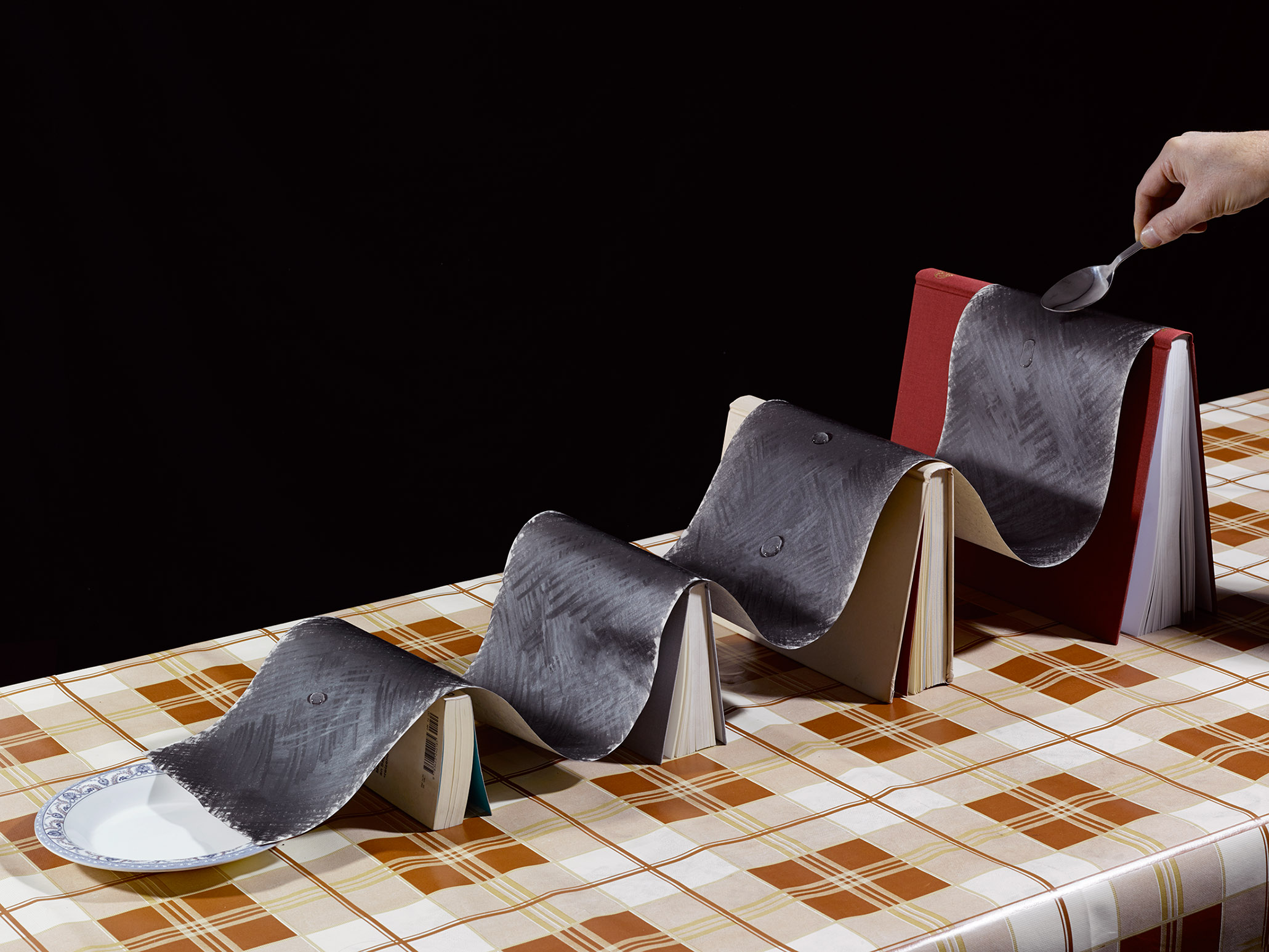 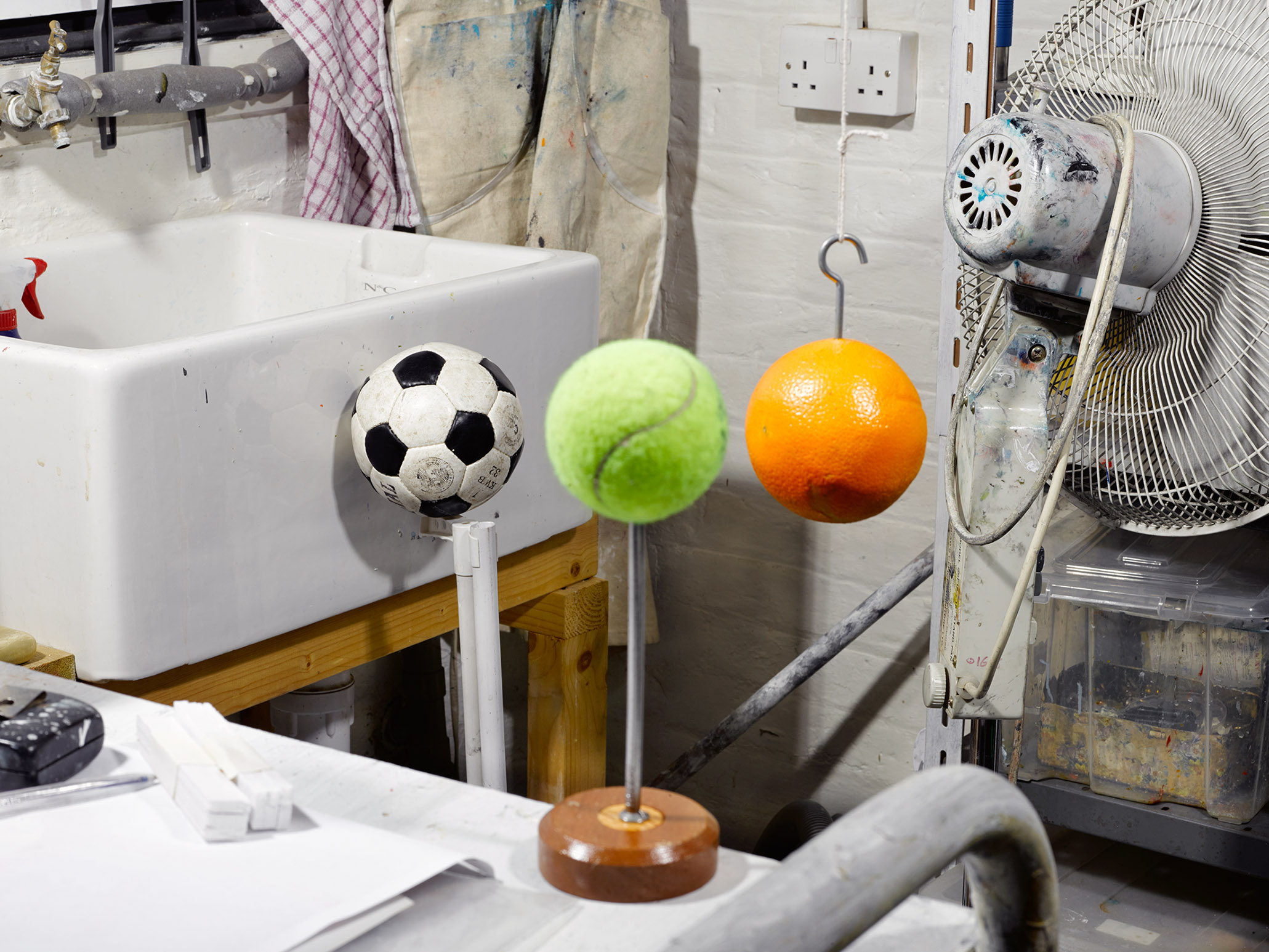 The photos have been published by YES Editions in the book Ways of Knowing.