Hello and welcome to my yearly overview of the IDFA DocLab exhibition which took place last month at de Brakke Grond in Amsterdam. 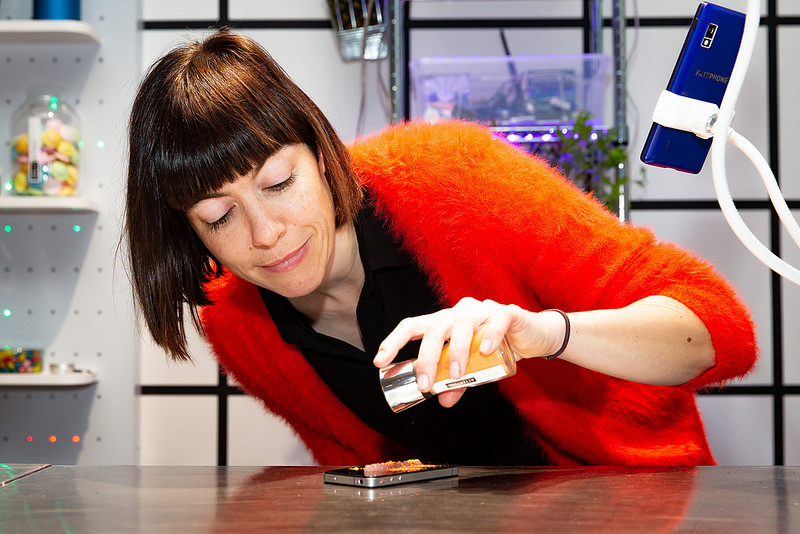 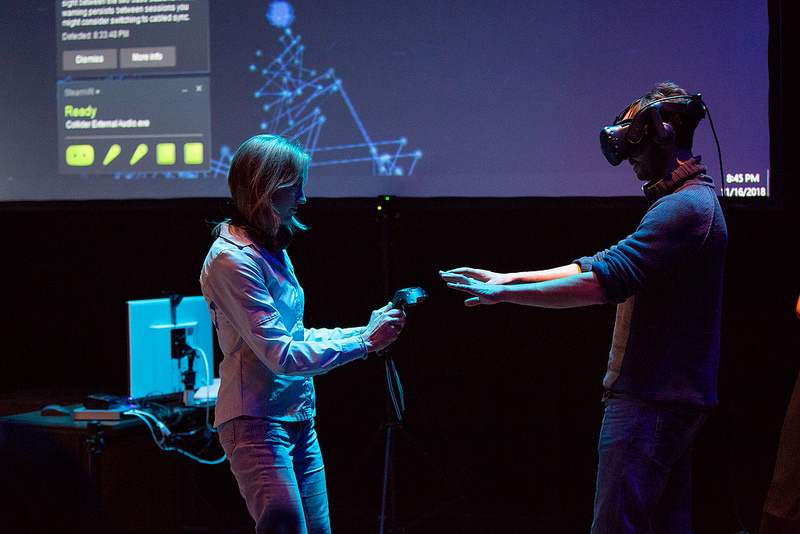 DocLab is a festival program for new media within the International Documentary Film Festival Amsterdam. With live cinema events, exhibitions, workshops, a conference and industry panels, IDFA DocLab explores new digital artforms that push the boundaries of documentary storytelling. I couldn’t attend the conference this year (alas!) but i did get a chance to visit the DocLab exhibition before it closed.

DocLab Expo: Humanoid Cookbook was designed as a restaurant for digital art. It offered the usual menu of interactive documentaries, VR cinema, performances and interactive experiments but with an extra edge of AI creativity and a bit of culinary action here and there.

The full list of projects selected this year is online. Here are the ones that kept me glued to the screens:

According to web security experts, the frequency of data breaches almost doubled from 2016 to 2017. 73% of all U.S. companies have experienced some form of exposure of confidential data. And yet, many people brush off these breaches unless they are personally affected.

Researcher and digital privacy advocate Gabriela Ivens investigated the problem and found out that in the case of particularly bad email hacks, the content of messages can get released and reveal details of our personal lives, even when that was not part of the motivation behind the hack.

Ivens compiled recipes that have been crowdsourced from leaked emails written by staff at companies such as Enron and Sony. She traced the people who had been sharing these recipes, talked to some of them and, with their permission, shared their stories and recipes in a collection called Data Leeks.

Cooking instructions might sound very mundane but the fact that they can be retrieved and their author identified illustrates the extent and danger of data breeches. 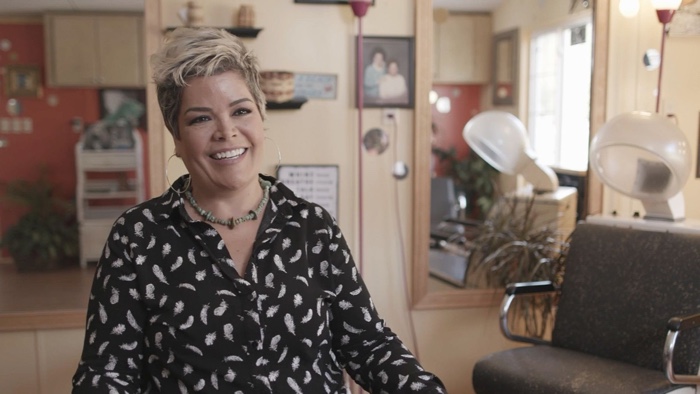 I found Earn a Living, an interactive web documentary on universal income, absolutely riveting. We’ve all read about the impact that a universal basic income might on our individual lives, on the broader society, on culture and on economy but a lot of what we hear is based on hopes and speculations. The seven short documentaries explore different experiences (the Cherokee tribe in the USA, a Kibbutz in Israel, a small village in Kenya, etc.) and perspectives on universal basic income and explore how receiving money on our bank account every month without having to work for it might -or might not- change our relationship with labor, time and money. 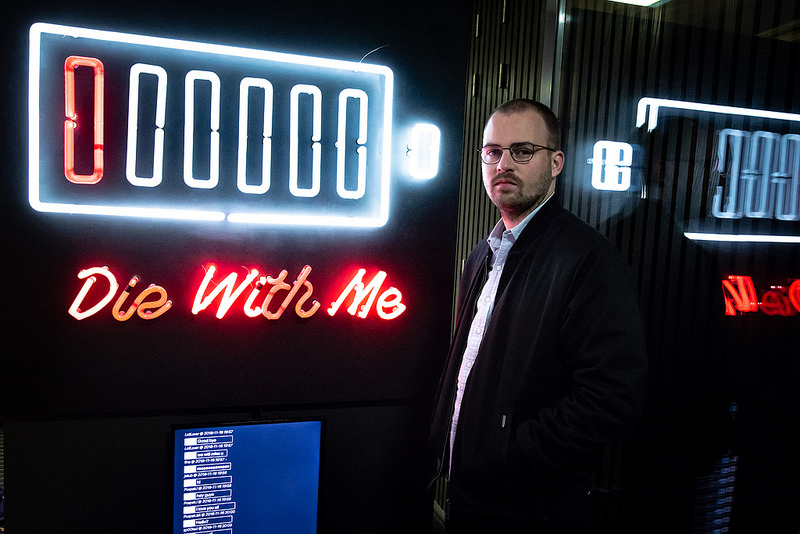 Die with Me turns a moment most of us dread into a privilege: a chatroom for smartphone users who have less than 5% battery life on their device. Only those with a battery that’s about to die can enter. They access the chatroom with a nickname and say goodbye to people in a similarly critical situation. People exchange their final thoughts, regrets and wishes, and scroll through a repository of afterthoughts left by others. At the Die with Me neon sign, visitors of the DocLab exhibition could read the chat messages left by people suffering from a battery emergency. 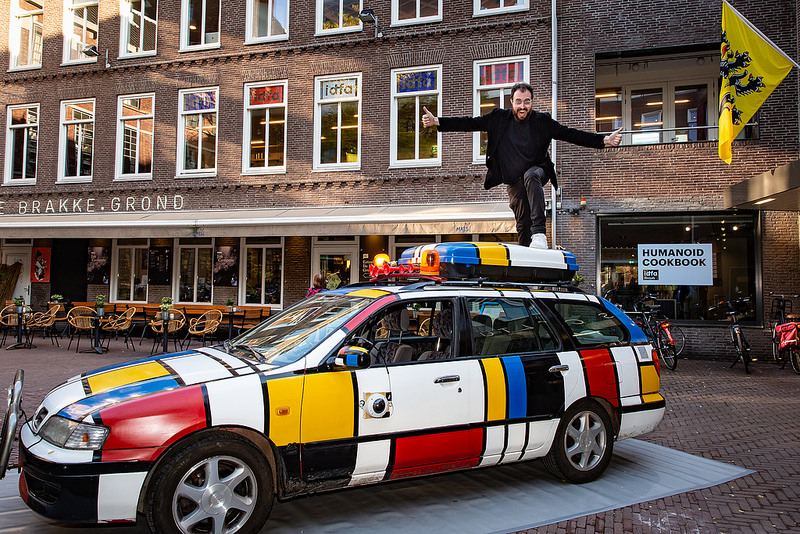 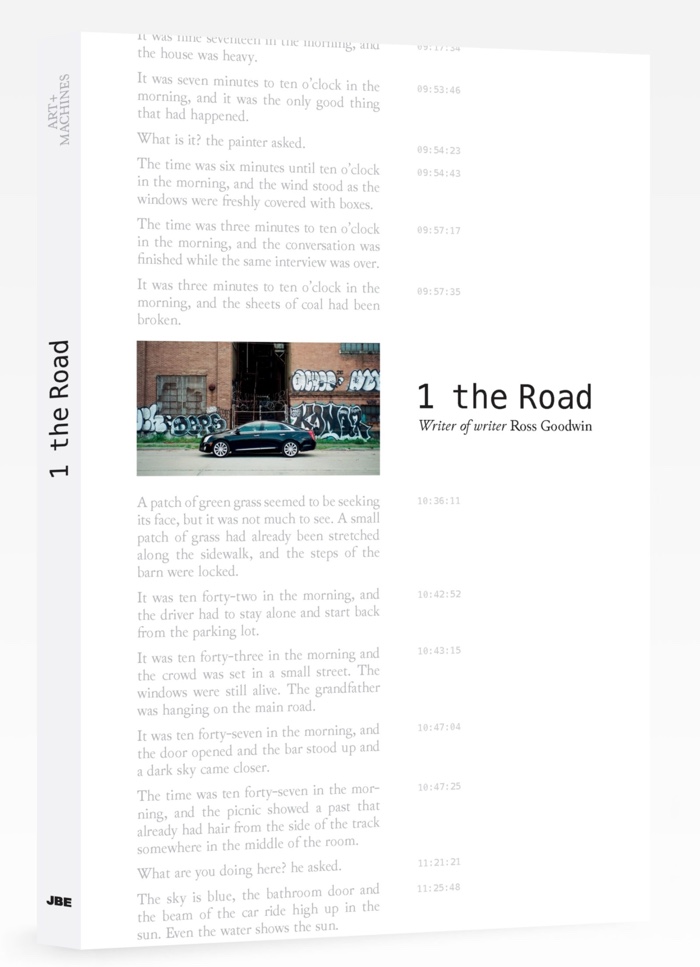 “It was seven minutes to ten o’clock in the morning, and it was the only good thing that had happened,” reads the first page of 1 the Road, the first book written using a car as a pen.

AI expert Ross Goodwin outfitted a car with devices similar to the ones used by Google Street View cars. But he added an A.I. writing machine that he had trained to convert images into prose and poetry. He then drove the vehicle from New York to New Orleans, the writing machine not only absorbed the views outside the car, it also picked up on the conversations Goodwin was having with his film crew, friends and colleagues inside the car. The AI processed all this input and the manuscript of the book flew line by line from the machine’s printer on long scrolls of paper.

With this automation of the American literary road trip, Goodwin invites us to ponder once more on the place and authority of the author in a new era of machines.

The work won the IDFA DocLab Award for Digital Storytelling. 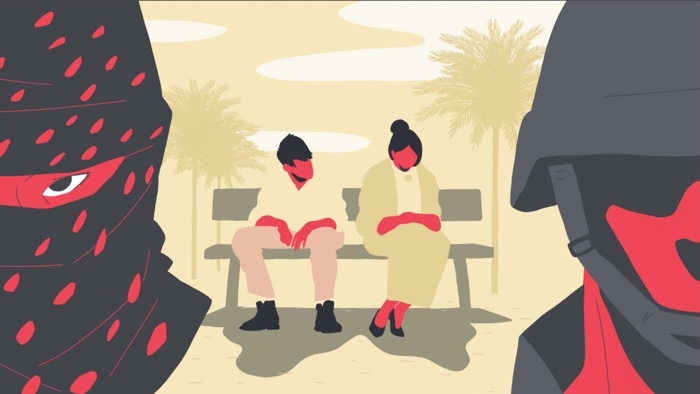 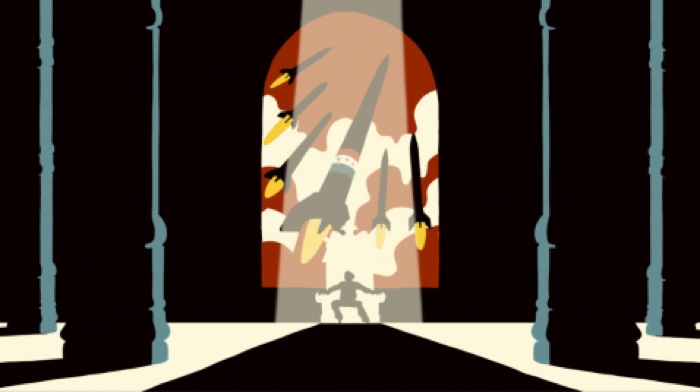 Twenty very short and very powerful animated films that trace the recent history of Iraq through the eyes of a child then a young man whose dad had to leave Iraq for political reason. Now an Iraqi-French journalist, the protagonist gives a very personal and sensory perspective on the political and cultural changes he could observe in the country each time he visited it to spend time with his parents’ friends and family.

The films convey the message that the backdrop of Irak is not just made of the smell of gunpowder, the sound of bombings, the rise of islamism, repression and of course the shadow of Saddam Hussein. It is also a place for human connections, humour, music and the flavour of apricot ice cream. 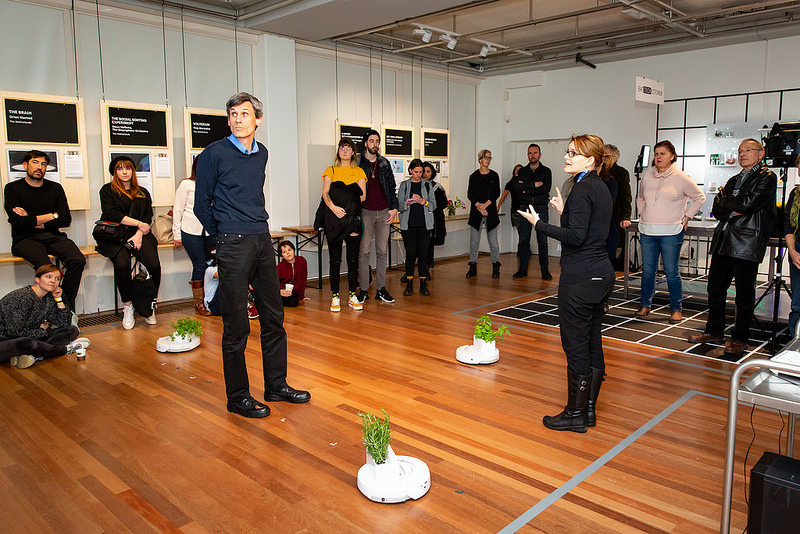 Rahima Gambo, Amina playing In and Out, Tatsuniya, from the series Education is Forbidden, 2017 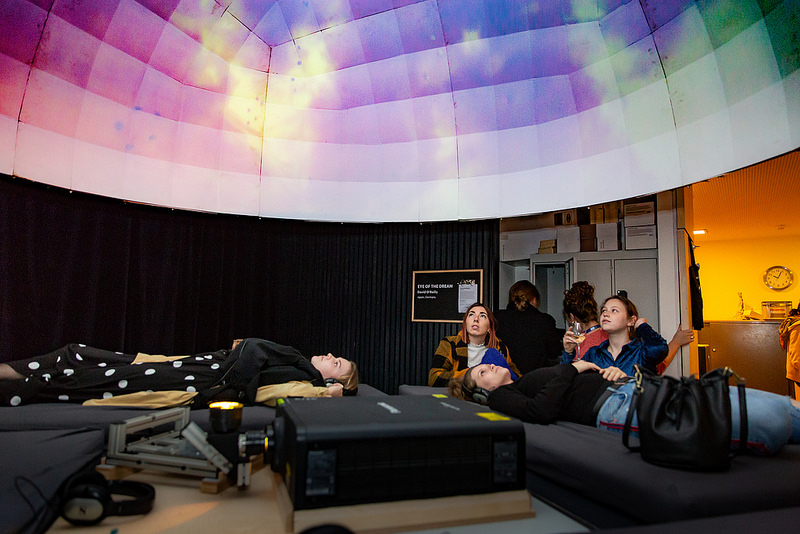 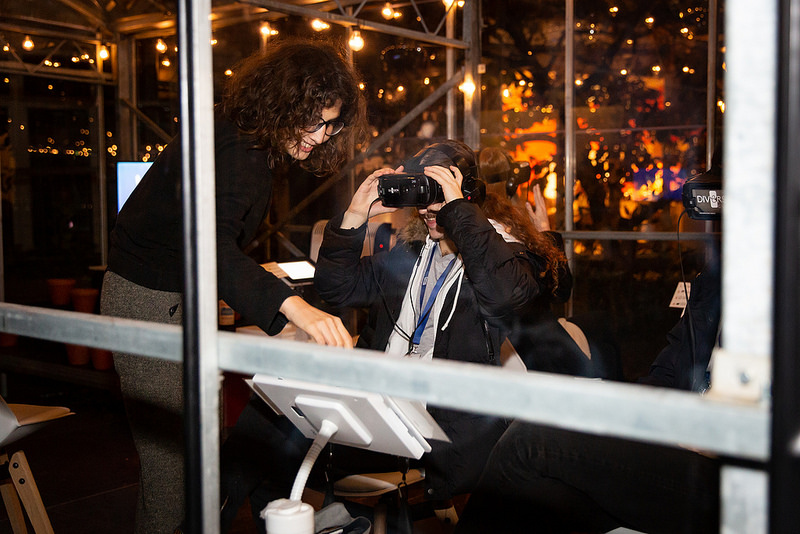 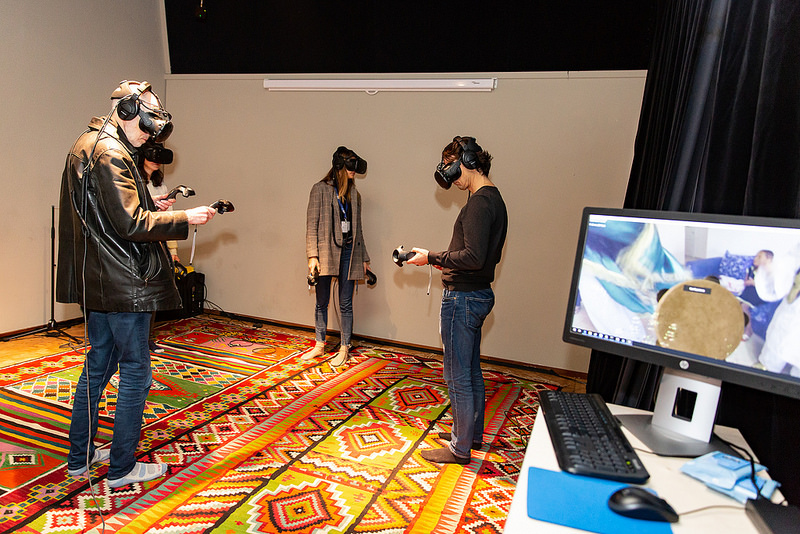 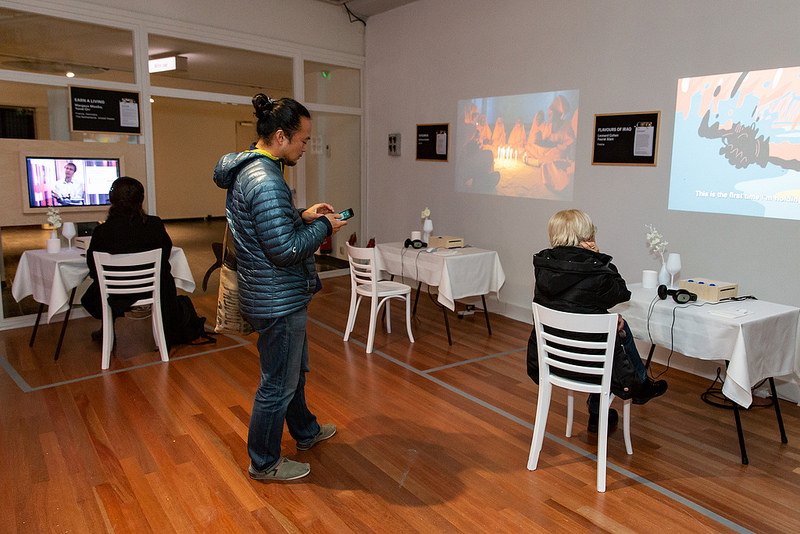 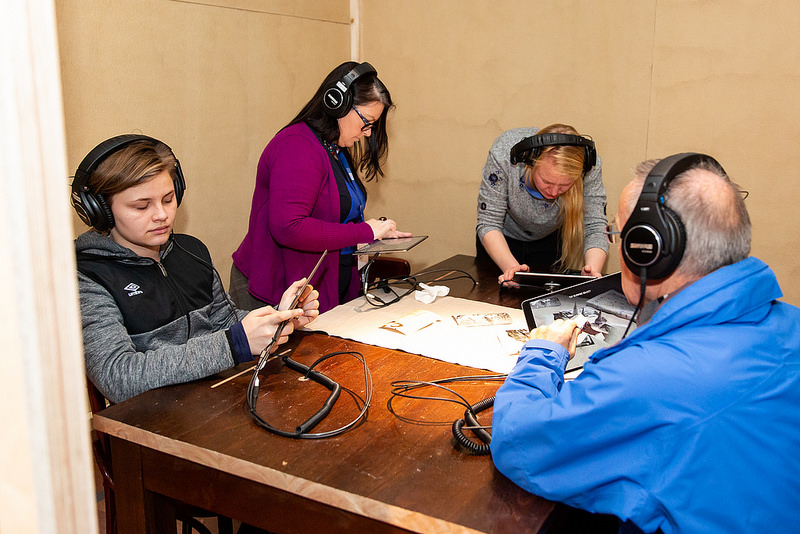 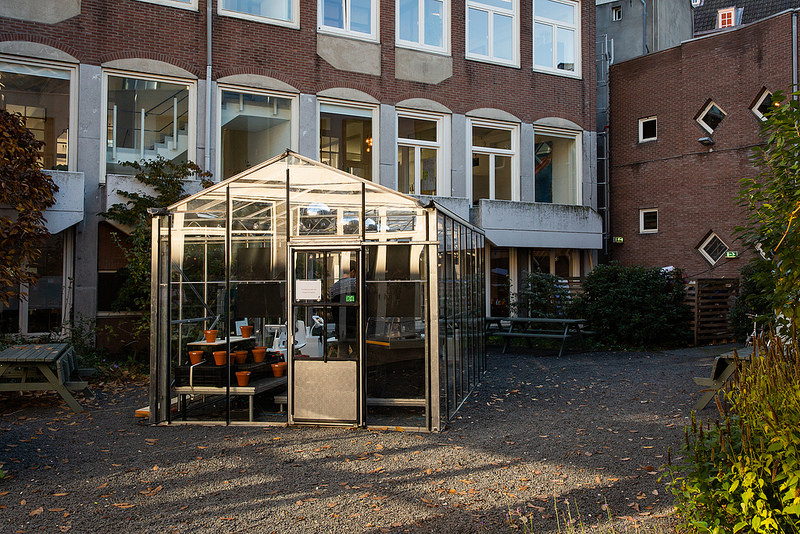