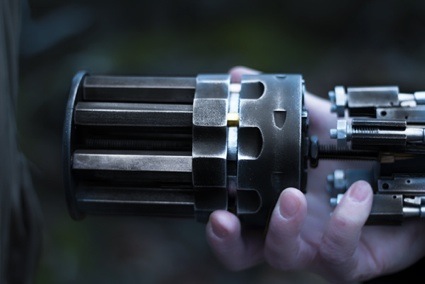 Wealth Beyond Big Brother (payment device)
Austin Houldsworth‘s PhD research at the Royal College of Art in London focuses on the development of a new design method called Counterfictional Design which embeds alternative socially dependent technologies into social science fiction novels. The ‘technology’, Austin is interested to explore in this context is Money.
Money, he says, ‘is inherently conservative.’ As currency expert Bernard Lietaer points out in his 2001 book The Future of Money, money functions through belief. You believe that everyone else believes that the money is valuable. What we are talking about here is belief about a belief. This collective belief contributes to economic stability, but it also fosters scepticism towards alternative monetary ideas. In his paper on the stone money of Yap (the inhabitants of this small island in Micronesia used huge stone wheels as a medium of exchange and as a store of wealth.) Milton Friedman suggests: ‘Our own money, the money we have grown up with, the system under which it is controlled, these appear ‘real’ and ‘rational’ to us. The money of other countries often seen to us like paper or worthless metal.’ 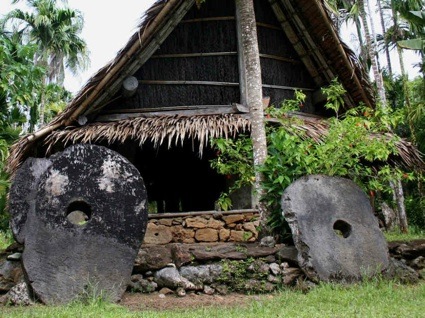 Rai, stone money indicating great wealth in Yap. Image
According to Houldsworth, the conservative nature of money explains why most market driven payments devices are focused on increasing efficiency of the current monetary system, rather than designing alternatives. His counterfictional design method acts thus as a tool to help shift the cultural design constraints surrounding money and imagine alternative systems, which would otherwise be impossible to envision.
Over a year ago, the designer illustrated the counterficitional design method with Walden Note money which explored the way money might function within a behaviorist society.
His latest project, Wealth Beyond Big Brother looks at what happens to trans-border exchanges when they take place inside highly unregulated states. The literary context this time is Orwell’s book 1984. But instead of looking at the paternalistic control of Big Brother, the scenario takes place in the disputed territories that lie between the super states of Oceania, Eurasia and Eastasia. 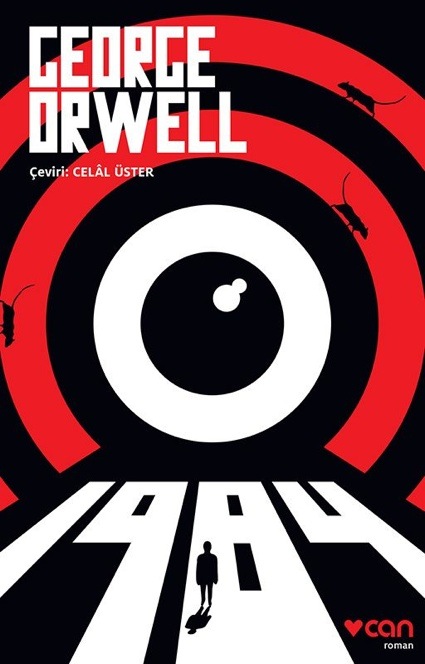 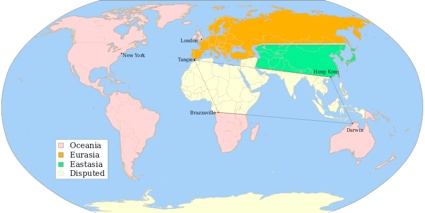 1984 fictitious world map (the disputed territories are coloured in pale yellow), via wikipedia
In practice no on power ever controls the whole of the disputed area. Portions of it are constantly changing hands, and it is the chance of seizing this or that fragment by sudden stroke of treachery that dictates the endless changes of alignment.
George Orwell, 1984
Because each new invasion of these areas brings a new ruler, no trusted financial institution ever has the chance to establish itself. People living within these areas have thus developed a completely decentralised payment system which serves as both personal protection and a medium of exchange.
How the payments work (and i’m going to mostly copy/paste below a text that Austin sent me when i asked him for more details about the project):
All of the disputed territories contain valuable minerals, and some of them yield important vegetable products such as rubber.
George Orwell, 1984
Through continual war and invasion, the disputed territory regions have been depleted of most natural resources. Scarcity of even semi precious metals like copper has led to a high demand for such materials. Therefore, gold, silver and copper act as a standard ‘store of value’ and ‘medium of exchange.’ 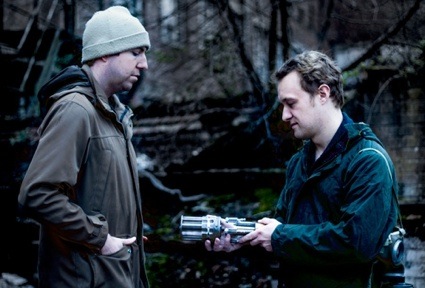 Wealth Beyond Big Brother (transaction)
People living within the disputed territories mostly trade with people they know and therefore these small groups operate through a type of gift economy. However, when a resource is needed from another area, trade with strangers is inevitable. Historically these trades have often ended in blood shed. Given the impossibility of establishing a state-controlled culture of trans-border commerce, the factions have decided to take matter into their own hand and cast their currency into the form of bullets, creating a payment system which acts as security and therefore helps contextualize the meaning of value. Both sides are forced to be civil to one another, with the potential for loss of life or livelihood playing a key role in maintaining harmony between people who have little reason to trust each other.
Individuals craft their own payment devices from reappropiated weapons left behind during the ongoing conflicts between the super states. As most of the components of these weapons were made under the guidance of big brother Ministry of Plenty, the gun parts are made from very cheap plastics, electroplated to look like gunmetal. They have little metal content and are in fact worthless compared with the small metal bullets used as a medium of exchange. The payment device has a groove cut out of the revolver section, without the need for the buyer to remove it from the breach. 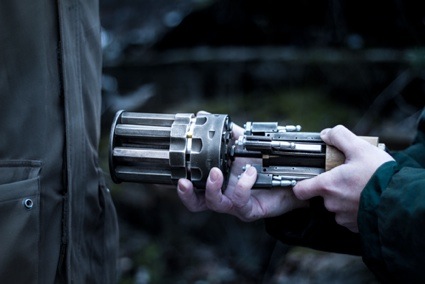 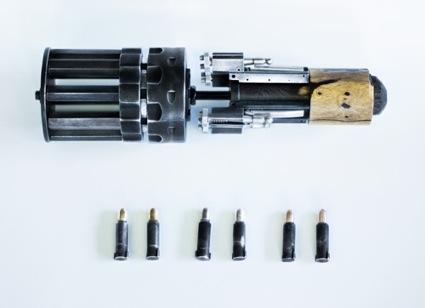 Wealth Beyond Big Brother (payment device)
During transactions, the buyer holds the device towards the seller, with all the bullets required during the transaction, loaded into the breach. When the buyer and seller have agreed on the price of the item being traded, the buyer takes the required amount of gold, silver or copper bullets from the guns breach and hands the unfired bullets to the seller in exchange for the goods.
Very rarely is the payment device used as a weapon. But occasionally transactions have been known to turn hostile and pressing the release catch to fire the gun becomes necessary. The bullets themselves have an electronic ignition, and are activated when the electrical contacts from the bolt touch the contacts at the back of the bullet.
I did have one last question for Austin:
Today’s life constantly and worryingly echoes 1984 so I was also wondering about what we, ordinary citizens, could take from your project?
That institutional control isn’t always a bad thing. And a completely decentralised payment system can also produce nightmarish scenarios.
In light of the banking sector scandals. Decentralised systems like Bitcoin suddenly appear rather alluring. Yet financial institutions, I believe, can both represent individual interests and collective interests for the benefit of society. A financial institution like a bank or building society can set precedents on idealised behaviour both for the institution and individuals within a given context. Money by itself, doesn’t often offer any ideological framework.
Therefore, perhaps remembering both nightmare visions within ‘Nighteen Eighty Four,’ the extreme control of ‘big brother’ and the dog eat dog environment of the ‘disputed territories’.
Previously: Walden Note money – How would money function within a behaviorist society?