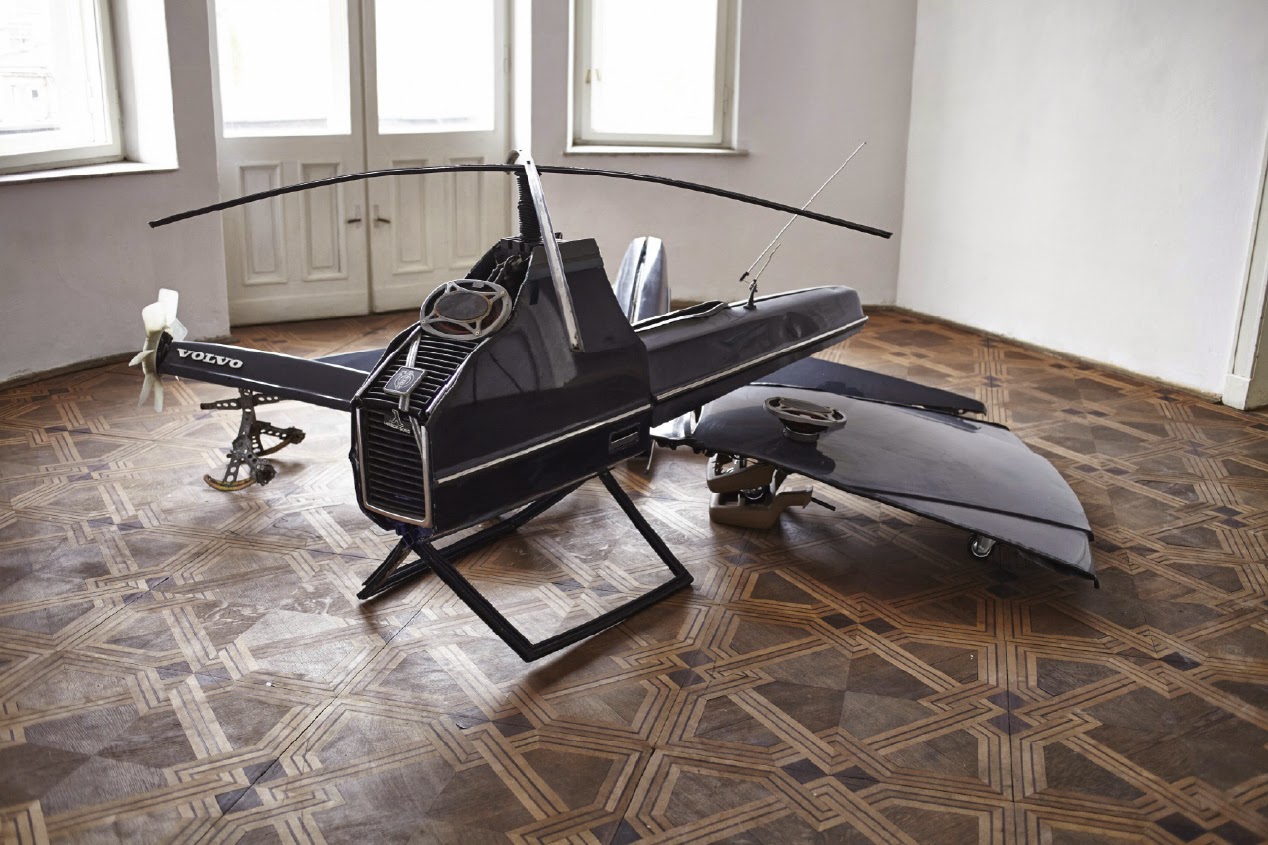 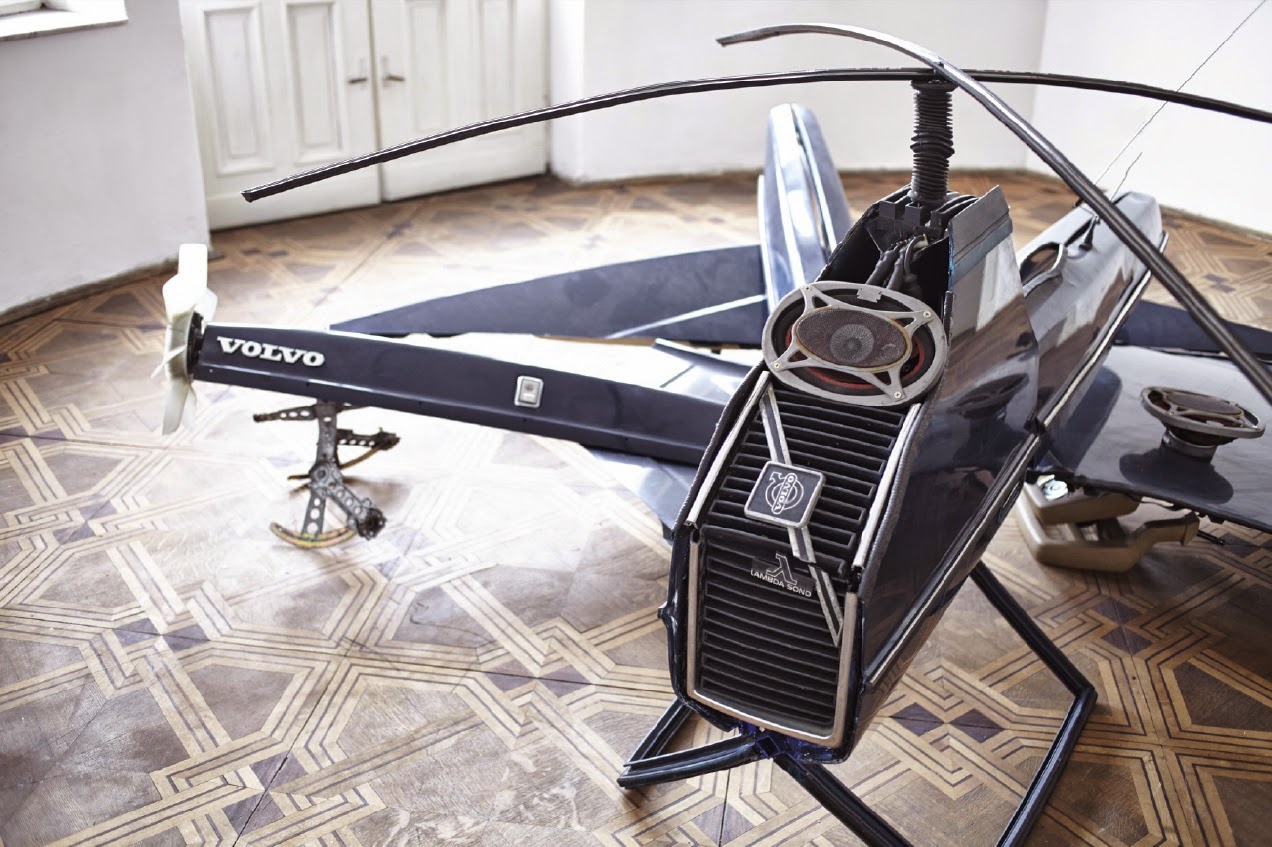 Just what the title says, really. Here’s what the official description of this work by Polish artist Zuzanna Janin says:

This sculptural installation VOLVO240 Transformed Into 4 Drones comprising four elements is the artist’s latest work, in which the old family Volvo 240 is changed into four smaller vehicles of various types: drones recalling military equipment used for killing, but also for observation, navigation and surveillance, vehicles used to save lives. The artist once again sensitises us to the “in-between” zone – on the boundary of the era described by technological achievements and accelerated cultural changes, in the era of control and of uncontrolled observation of the world around us.

Janin is represented by the lokal_30 Gallery in Warsaw. I visited the gallery a few weeks ago when they had a solo show of video art pioneer Józef Robakowski. Part of the exhibition showed 1980s recordings of rather vigorous music concerts, especially of the punk group Moskwa. Robakowski got to know the members of the group, made promotional photos for them that were quite edgy and radical at the time but still look like the kind of images that fashion photographers attempt to shoot nowadays. He also did music videos for the band. These videos are raw and fascinating. Because it might have been tricky to shoot a punk video in the streets of Poland at the time, the artist shot them directly from TV footage by placing his camera right in front of the screen. 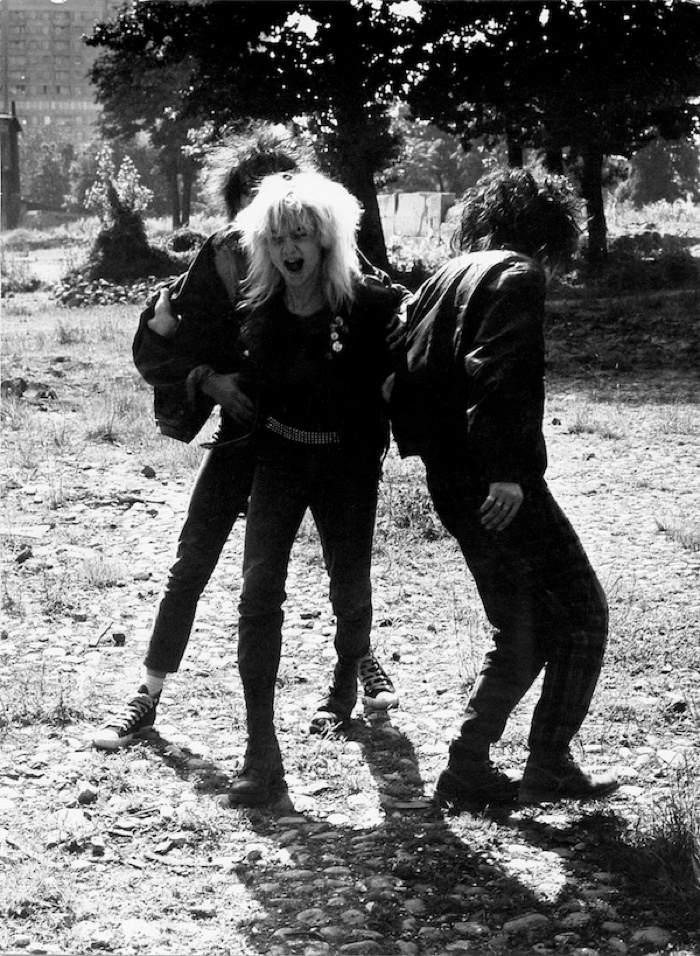 I was planning to write about Robakowski’s show and Polish punk from the ’80s but then i spotted the car turned drones in the catalogue from the gallery and there was no turning back: i had to publish the photos of Janin’s sculpture on the blog.