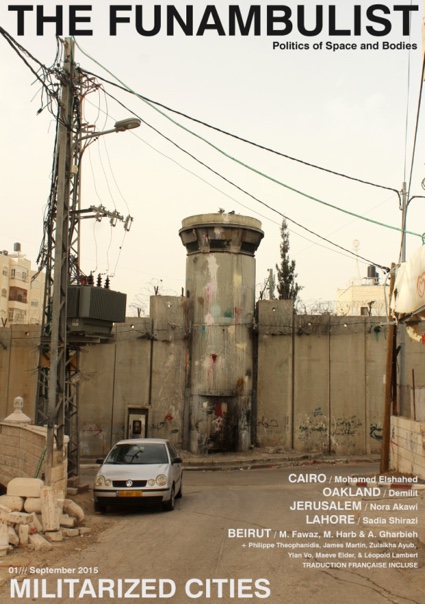 THE FUNAMBULIST is a bimestrial printed and digital magazine complemented with a blog and a podcast (Archipelago) edited by Léopold Lambert. Its subtitle, “Politics of Space and Bodies,” expresses it ambition to bridge the world of design (architecture, urbanism, industrial and fashion design) with the world of the humanities (philosophy, anthropology, history, geography, etc.) through critical articles written by long-time collaborators as well as new ones.

Over the past few years, i’ve been following Lambert’s investigation into how the built environment is used as a political weapon. Much of the content the architect produces is free. But because Lambert’s work is of high quality and pretty unique for the grounds it covers and the rigorous way it approaches it, it felt natural to me to just click on ‘buy’ as soon as i found out he was publishing a magazine. 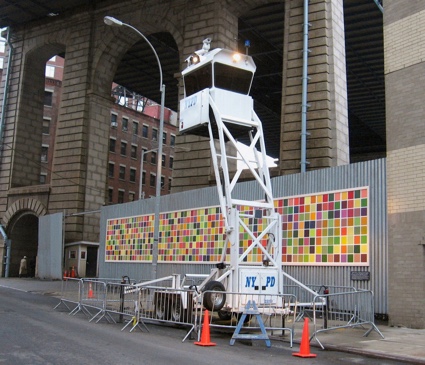 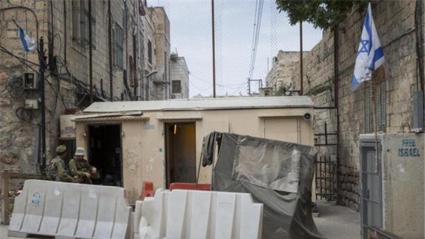 An Israeli military checkpoint in the old city in Hebron, West Bank. Getty Images, via Aljazeera

The Funambulist magazine is bilingual french and english. This first issue looks at the violence of military organization in the city and postulates that the violence is not necessarily something that come from the outside. In many cases, the architecture of the city contains this very violence within itself.

Since 2009, Mona Fawaz, Mona Harb & Ahmad Gharbieh have been mapping security in Beirut. The temporary checkpoints, security cameras, screening measures in large department stores, barbed wires, speed bumps, sand bags, tanks, and other physical elements of the security apparatus not only condition the way inhabitants navigate the streets everyday, they also install a segregation that shelters politicians and “high income city dwellers” inside their own bubble. More importantly, these security measures create a visible architecture of fear that affects every citizen’s experience of the city.

In her research covering bomb blasts in Lahore, Sadia Shirazi calls this Pakistani city one of the greatest unacknowledged casualties of the United States’ “war on terror.” She demonstrates convincingly how security apparatuses delineate boundaries, reduces public space and restrict movements and experiences of the city. The result is a city that looks more threatening than secure.

Mohamed Elshahed focuses on the multiple forms that the militarization of Cairo has been taking since 2011. 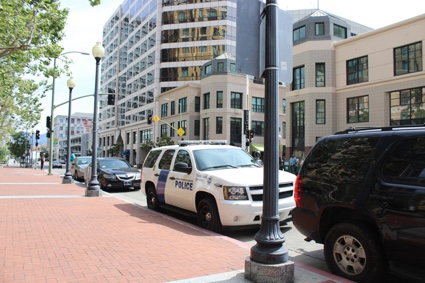 Oakland. Image via The Archipelago 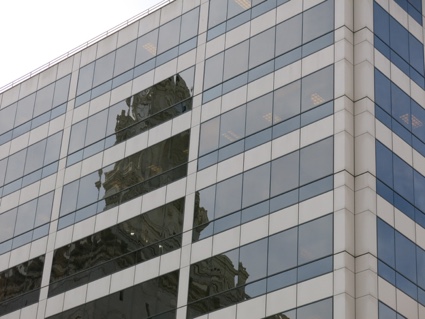 Oakland. Image via The Archipelago

The Demilit group (Javier Arbona, Bryan Finoki & Nick Sowers) takes a bunkered telecom hotel tower as a symbol of how the city of Oakland is being vacuumed by a consortium of public and private security agencies.

Finally Nora Akawi uses the poster designed for Bezalel Academy of Arts and Design’s 2015 graduate exhibition as a starting point to explores Jerusalem and the Zionist’s fantasy of an empty land, open to be inhabited and built upon. While denying Palestinians the possibility to plan for the future

The rest of the publication is equally engrossing. It features an interview with Philippe Theophanidis about the legal and logistic processes that govern a ‘state of exception’ such as the one that characterized the manhunt of Boston in April 2013 when 2,500 police officers were deployed in the city to arrest Dzhokhar Tsarnaev for his participation in the Boston Marathon bombings 4 years earlier

Next comes an astonishing photo series showing Jerusalem from above. The most striking feature of the photos is the wall. Not the ones that attract tourists from all over the world but the 500 km wall started in 2002 by Ariel Sharon.

The magazine closes on a series of projects by students in architecture that further speculate and investigate these Politics of Space and Bodies. 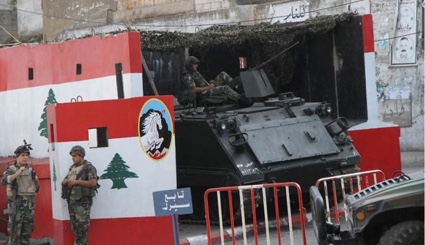 I highly recommend that you either download or get the paper version The Funambulist. The pages make for an interesting and informative read that stay with you long after you’ve closed the magazine. The essays, photos and discussions invite readers to look at their own city in a more critical and inquisitive way, making it hard not to question every barrier, new ‘security’ measure, parking interdiction, private security booth and other, more subtle way to control the flow of citizens.

You can still get plenty of free content on The Funambulist blog and on the Archipelago podcasts but this first issue of the printed/digital magazine is so good that Lambert’s work is definitely worth a very affordable subscription.

Related: an interview i did in 2012 with Léopold Lambert about his book Weaponized Architecture.