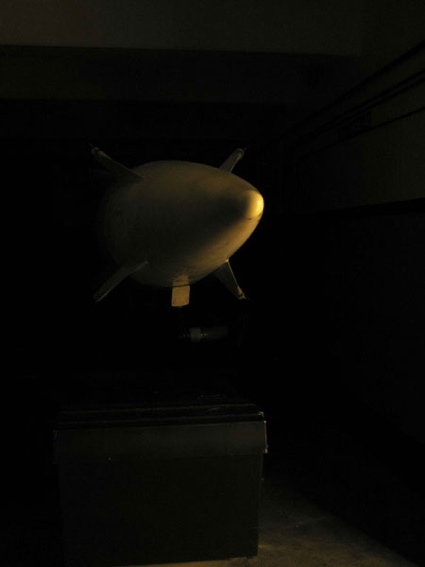 Going even further in its exploration of the invisible infrastructures that make up our world, The Lighthouse in Brighton currently takes part in the Brighton Festival with two projects that illustrate how the military uses technology to intrigue, screen and hide its activities. The investigation started in 2011 with the exhibition, Invisible Fields, which focused on the invisible but ubiquitous radio spectrum. The research went further with last year’s show of Trevor Paglen‘s photos The Other Night Sky and Limit Telephotography, works i can’t seem to be able not to mention almost every month on this blog.

One of the projects that you can see right now in Brighton is a body of work, by Mariele Neudecker, that makes visitors reflect upon (and reluctantly admire) the use of technologies in contemporary warfare.

Most of the works were developed during an artist residency that Neudecker undertook the Historic Nike Missile Site, a former Nike Missile launch site located to the north of San Francisco. Opened in 1954, the site was intended to protect the population and military installations of the San Francisco Bay Area during the Cold War, specifically from attack by Soviet bombers. The site was decommissioned in 1974 and is now open to the public as a museum.

Neudecker documented with seducing photo portraits and patient rubbings a series of weapons of mass destruction that were developed at the height of the Cold War.

The title of the exhibition, The Air Itself is One Vast Library, is drawn from a quotation from Charles Babbage, the 19th century mathematician and engineer, who originated the concept of a programmable computer. In 1837, he wrote:

“The air itself is one vast library, on whose pages are for ever written all that man has ever said or woman whispered. There, in their mutable but unerring characters, mixed with the earliest, as well as with the latest sighs of mortality, stand for ever recorded, vows unredeemed, promises unfulfilled, perpetuating in the united movements of each particle, the testimony of man’s changeful will.”

In the context of the artist’s work, the quotation suggests that despite the machinations of warfare being beyond our daily perception, the air retains a memory of these exploits. 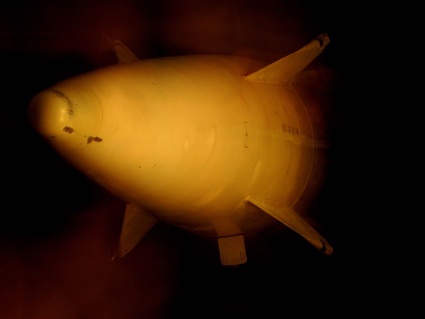 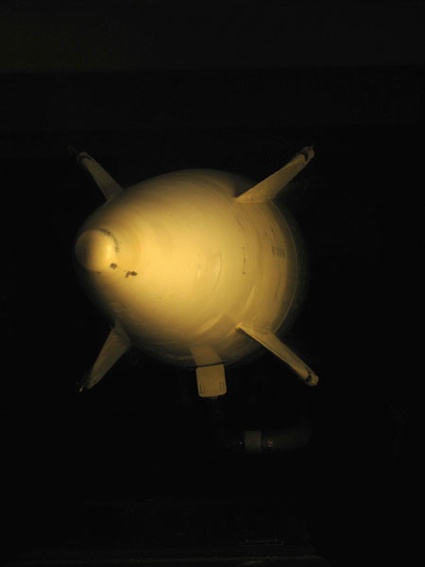 The portraits of the Hercules missiles are as appealing as they are threatening. They seem to float silently into a dark room, as if they were waiting to be fired one day. 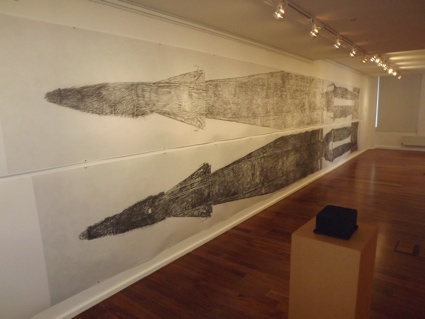 As Neudecker explained in her presentation at The Lighthouse last week, photography would never have enabled her to represent accurately the length and power of the Hercules missiles accurately. She thus obtained the authorisation to sit on the missiles and produced two 13 meter long graphite rubbings of the vast missiles. The close contact with the weapons made her realize that while one of them was real, the other was a fake, designed to trick the enemy into thinking that the U.S. military could count with far more deadly resources than it actually had.

Programme curator Jamie Wyld reminded me that during Second World War, Germany built an airfield that looked real from the air but was actually entirelymade of wood.: hangars, trucks, anti-air guns, planes, etc. To show that they could not be so easily fooled, an Allied bomber dropped a lone wooden bomb on the fake airfield. And not so long ago, Marguerite Humeau was telling us about illusionist Jasper Maskelyne who was hired by the British Army during the same conflict. He would use magic tricks on a large-scale to camouflage, hide, trick or to make dummy military vehicles and soldiers appear.

Other works investigate military imaging and tactical communication, which provide us with new ways of detecting what is intended to be camouflaged and out of view. 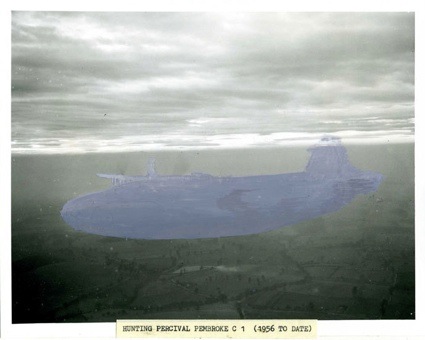 Mariele Neudecker, The Air Itself Is One Vast Library (Hunting Percival Pembroke C1), 2010. Courtesy of Galerie Barbara Thumm and the artist

I was particularly moved by the photo above. A day that she was browsing through a charity shop, the artist found a set of postcards showing military planes. Her artistic intervention was simple: she just applied correction fluid on the planes. The silhouette is thus hidden as much as it is highlighted. By superposing an additional layer of disguise, Neudecker made the plane even more unsettling and threatening that it would have been had the photo remained untouched. 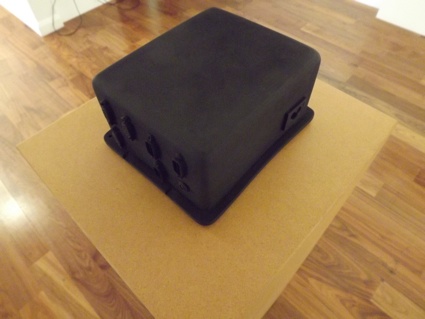 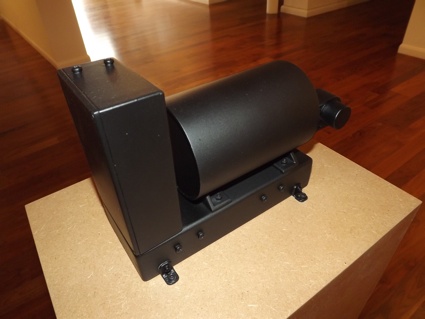 Related: Brighton Photo Biennial – Agents of Change: Photography and the Politics of Space.

The Air Itself is One Vast Library remains open until 26 May 2013 at The Lighthouse in Brighton. Stay tuned for a post about Under the Shadow of the Drone.