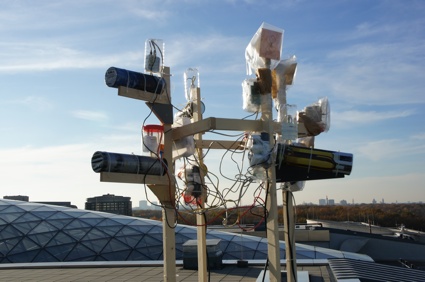 Christoph Wachter & Mathias Jud, Can You Hear Me, 2014. Antenna pointing at the Embassy of the U.S. 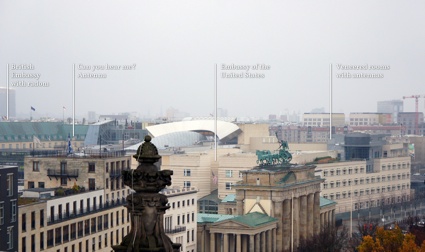 Christoph Wachter & Mathias Jud, Can You Hear Me, 2014. Pariser Platz

Berlin-based artists Christoph Wachter & Mathias Jud have installed WLAN / WiFi mesh network with can antennas on the roofs of the Academy of Arts and the Swiss Embassy, both located in the heart of “NSA’s Secret Spy Hub” in the city. The network is at the disposal of passersby who would like to communicate anonymously and even send messages to operatives of the NSA and GCHQ intelligence who might lurk inside the nearby British Embassy and Embassy of the United States.

The installation is a direct reference to Edward Snowden’s revelations that the U.S.’ NSA, the UK’s GCHQ and other key partners were operating a network of electronic spy posts hidden within the fabric of diplomatic buildings around the world. 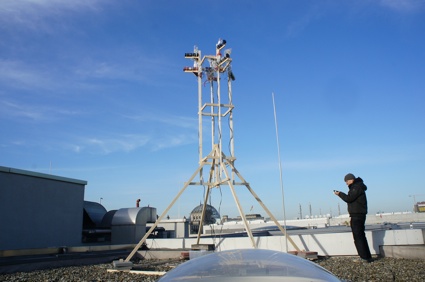 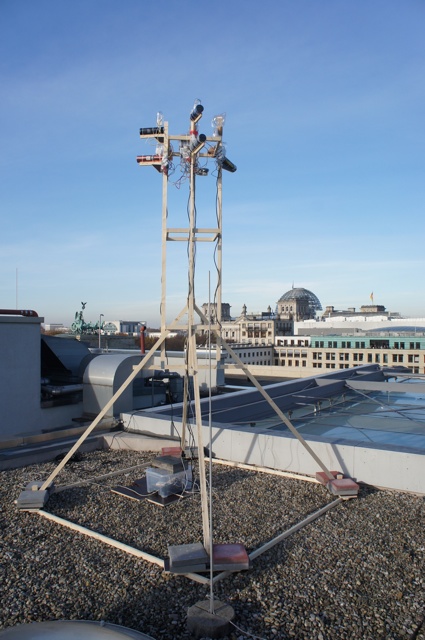 Wachter and Jud’s DIY can antennas don’t hide themselves. They stand in plain sight between the camouflaged US and British listening posts and their network stretches over the administrative district of Berlin.

At the point at which the interception of Angela Merkel’s cell phone occurred, the open network of anonymous communication options now unfolds as a legal and legitimate response to rigid restrictions on our freedoms and hidden, secret surveillance.

Messages can be sent to the intelligence agencies on the frequencies that are intercepted by the NSA and GCHQ. These personal messages include activist and political contributions, ironic disclosure of embarrassing intimacy, and calls for resistance. Many appeals are aimed directly at the surveillance operatives asking them to switch sides and become whistleblowers. 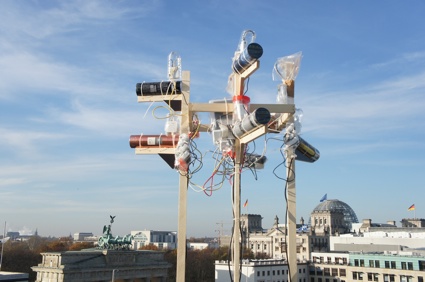 Mathias Jud was kind enough to answer my questions about the installation:

Hi Mathias! How did you get the authorizations to install the antennas? By the way, did you ask for authorisations?

Short:
Yes, all the antennas are authorised! They wouldn’t be up there for more than 5 minutes otherwise.

The whole region is under special protection as it is next to the Parliament and the German Federal Chancellery. Surveillance, Police and Security are omnipresent. During our build up of the antenna tower a special Police helicopter with a pivoting surveillance cam was circling above us.

Long answer:
As we are both Swiss, we have been asked about a year ago by the Swiss embassy to present our work at the embassy. The Swiss embassy in Berlin is located right next to the German Federal Chancellery. Most probably they had something like a slide show in mind. However, we gratefully accepted the invitation and presented the concept of “Can you hear me?” to the embassy.

We also asked the Academy of Arts that is located next to the US embassy at the Brandenburg Gate. (The Academy of Arts is not an university, but an international ‘master’ academy of artists that was funded by a former Prussian king, and an art museum and collection.) Klaus Staeck, the President of the Academy and himself an active political graphic designer was very fond of the idea and promoted it together with Birgit Hein, the chief of the section Visual Arts.

In the last year we spent a lot of time discussing this project to be able to realise it. It is completely legal, and has the approval of the Swiss ambassador, the Swiss foreign office. The members of the Academy of the Arts discussed this project in their annual meeting and voted in favour of it. The German Federal Chancellery has been informed by the Swiss embassy.

Although our constitutional rights are restricted in the non-protest zone in the government district, there is no restriction of digital communication. With our qaul.net network that is the technological basis of the “Can you hear me?” installation we can experience a completely user-based network without any service provider as gate keeper and regulatory force in the network. 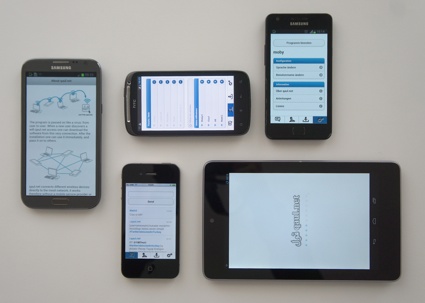 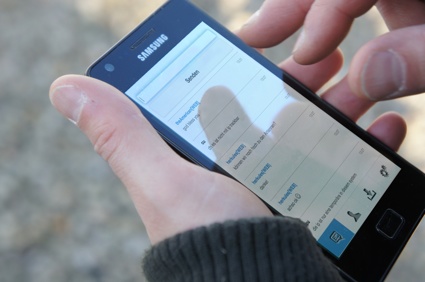 You organize guided tours. What do you show people exactly?

Guided tours are a possibility to discuss the project with us and to experience the special rules in the government district and the restricted zones in front of the embassies. We experience together the mesh network, and the area. We show how we built the antennas, discuss the network, the artwork and the philosophy behind it. 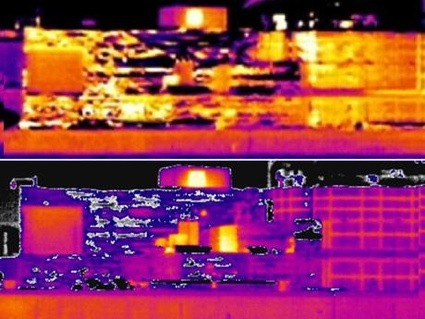 Heat maps show how activity in the US embassy’s spying nest significantly reduced from 24 October (top picture) to 25 October, after it emerged that the US bugged Chancellor Merkel’s phone (ARD Panorama, via The Independent) 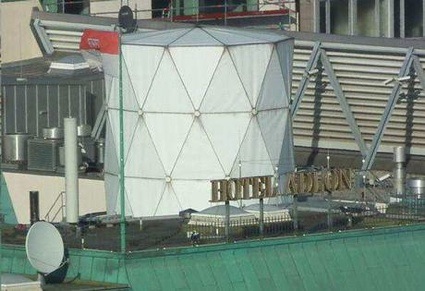 The GCHQ ‘nest’ on the top of the UK’s Berlin embassy (Buggedplanet.info, via The Independent)

You also encourage people to send messages to operatives of the NSA and GCHQ intelligence, is that correct? how do you know how to reach them?

Our antenna-tower on the roof of the Academy of the Arts is right in the middle of these listening posts and has a clear connection to them.

All messages in the WIFI mesh network are sent unencrypted to all participants in the network. 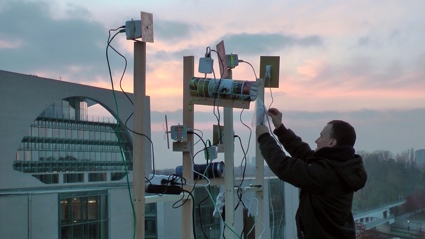 Christoph Wachter & Mathias Jud, Can You Hear Me, 2014. Antennas at Swiss Embassy