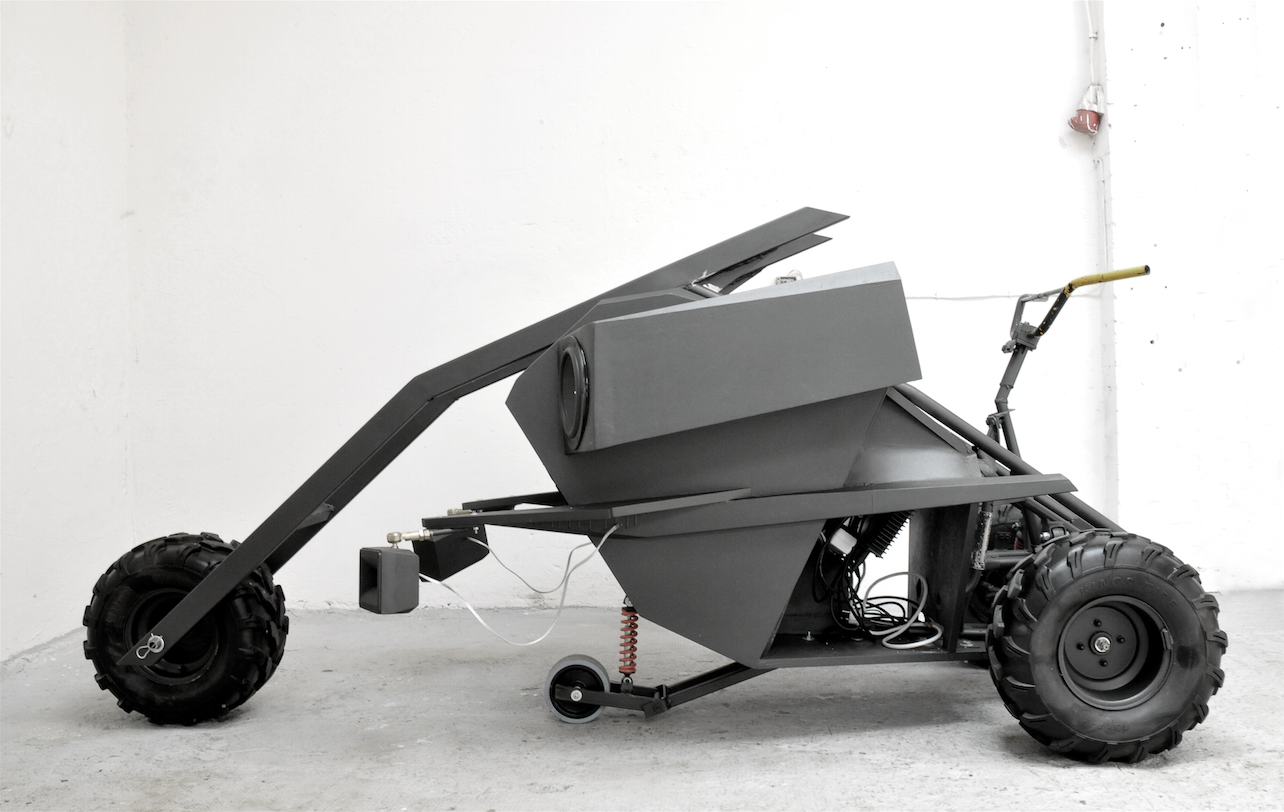 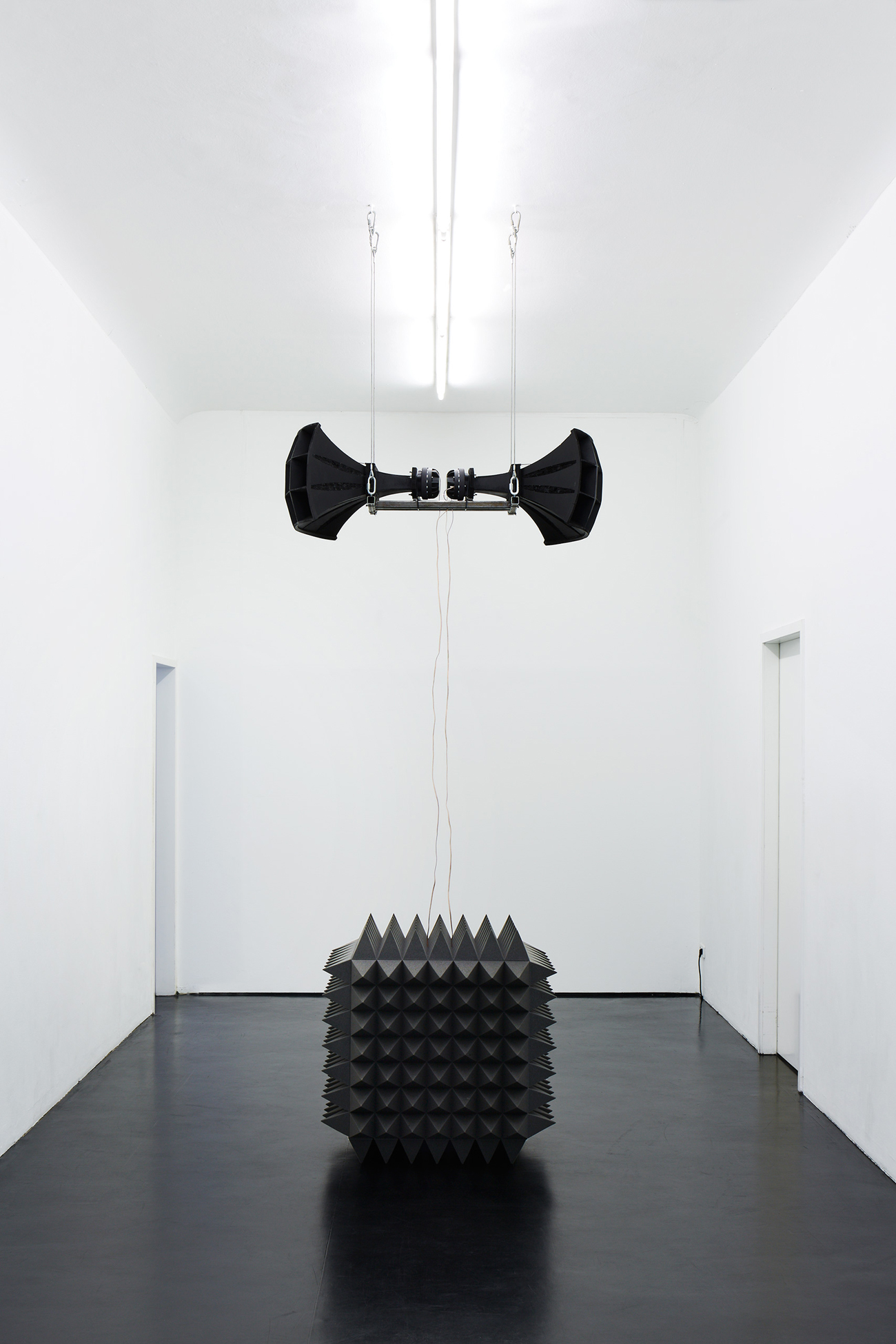 This week, i’m interviewing an artist, curator and musician who builds formidable and robust military tanks, drones, rockets and other weapon-looking instruments. Nik Nowak‘s riotous and dangerous toys for big boys investigate how military technologies can invade our everyday life. They pump out powerful sound, spy on your private conversations, turn electromagnetic waves from cell phones and tablets into audible phenomena, and explore how sound can take control over crowds and public space.

One of Nowak’s recent mobile sound sculptures, Echo, uses small tank drones that detect human presence and roll toward it. One of the drones snoops on visitors’ conversations and uses a parametric speaker to send the words directly back to them. Meanwhile, the second vehicle further invades people’s privacy by amplifying these sounds through large speakers.

Nik Nowak is one of the artists represented by SHAPE, a platform for innovative music and audiovisual art from Europe. I got in touch with Nik while he was working on a series of events and on a new album with his band SCHOCKGLATZE. Despite his busy schedule, the artist still found a moment to answer my questions: 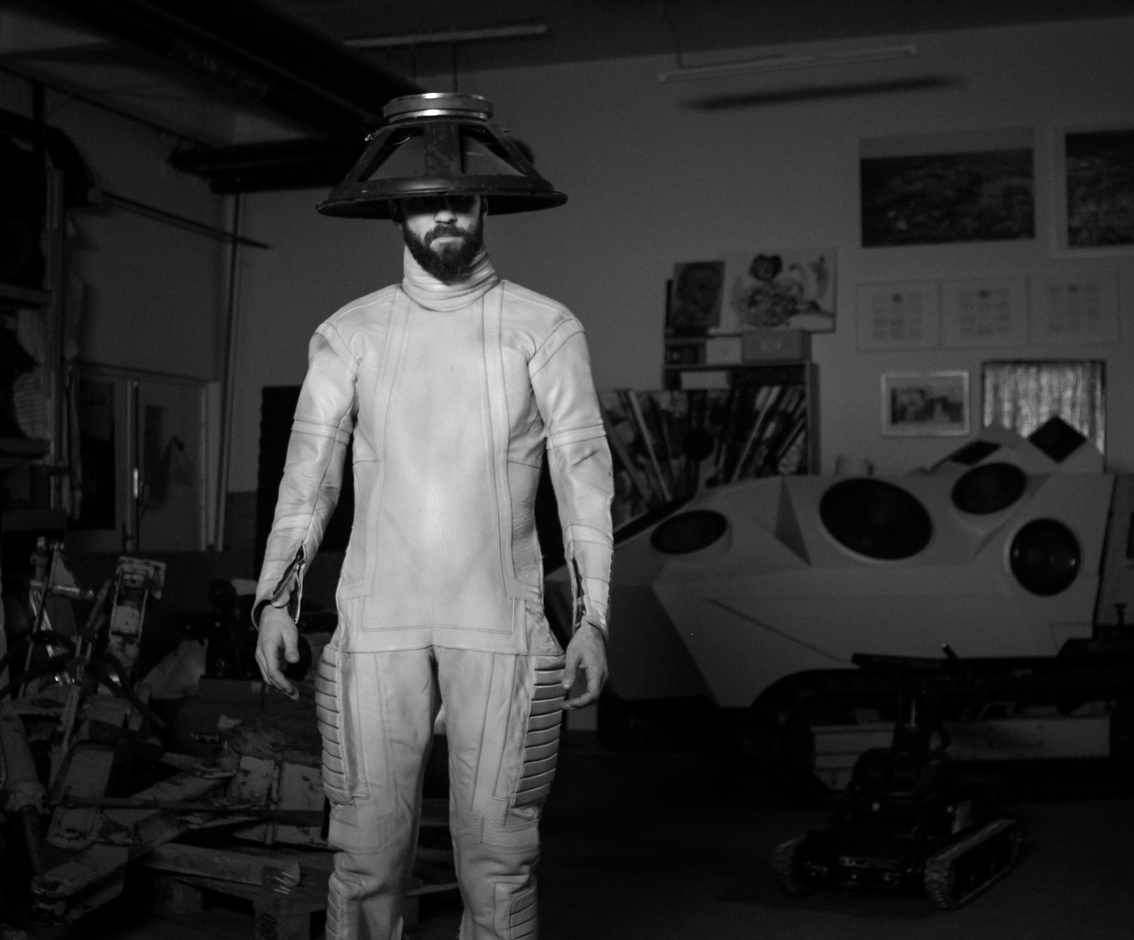 Hi Nik! By their aspect and the technologies involved (drones or tanks for example), some of your work evoke military weapons. And because of that i think they might also evoke experiments in sonic warfare. So what is the place or influence of warfare in your work, if there’s any?

I grew up in the 80s in Mainz, a town in west Germany in the Rhein-Main region which was heavily occupied by American military. In Mainz for example was the largest American tank factory based outside of the USA. It was the end/post cold war time and the beginning of the first Iraq war. Nuclear weapons were based between Mainz and Frankfurt and tanks were shipped from Mainz to the desert of Saudi Arabia and brought back there after their missions leaving the desert sand on the streets in front of our schools and kindergartens.

At the time, the generation of my parents was actively involved in peace and anti nuclear energy movements. It felt like a climate of development into a more ecological and peaceful future although the industry showed a different face. We see the results today. War zones spread over the planet and we face the climate change. The impression of the controversy of the civil ideological movements and the reality of politics and industry left a mark that can be found all over my work. With the American occupation, Hip Hop music brought by the GIs and American radio stations had a big influence on me as a child and youth. Further on music became a medium which allowed me more freedom and space for considering my identity than anything else

But your piece do not just look martial or threatening, there’s also something very playful about them. They often look like big toys for boys and also i read that club culture was a big influence on your work. So how important is this playful element, this desire to maybe entertain with your seducing machines?

My sound system machines today fulfill a function which only club culture could give me in my youth and early adult years. I could say i grew up between speaker stacks. The club functioned as a black box, a temporary autonomous zone in which it was possible to disappear and calibrate oneself without the normative rules of society and state. Even though the objects i build are art pieces they also have the potential and the functionality of a sound system. They are not just exhibition pieces. I use them in the Studio and on the street to make music and to create interactions with the environment. It’s not entertainment though, it’s a practice i love and need and which can be clashing or be shared with others.

You seem to experiment a lot with frequencies and volumes. Is it only for the ears or do you want to stimulate the body and other senses of the audience in other ways?

Sound can be used in many ways to create an musical experience. My understanding of Music goes further than melody and rhythm. Its loudness, psychoacoustics, noise, silence and time.

I read online that the starting point of your work with sound was a gun shot near your right ear that prevents you from hearing high frequencies. Could you briefly explain that? You don’t hear high frequencies from one ear but the other hears them fine? And how does this trauma translate into your practice?

Yes, my right ear can’t hear above 7 or 8 Khz which is slightly above human speech. In daily life it’s hardly recognizable because the left ear takes over the work for the right ear in the missing frequencies. Although if the surrounding soundscape is too noisy this doesn’t work well any more and can become very tiring. Also when i close my left ear, everything sounds quite muddy on the right side and high tones, like the sound of crickets for example, are completely missing.

By recognizing that my hearing is not normal i started to become more interested in the limitation of the human perception in general and focused on frequency spectrums that are not in the focus of our perception and more a subtle side effect although with a massive influence on our psychology and body functions.

When i started to produce electronic music i recognized that i’m very much focused on low frequency ranges and high tones. The middle range were usually voice and melody are set did t interest me to much. 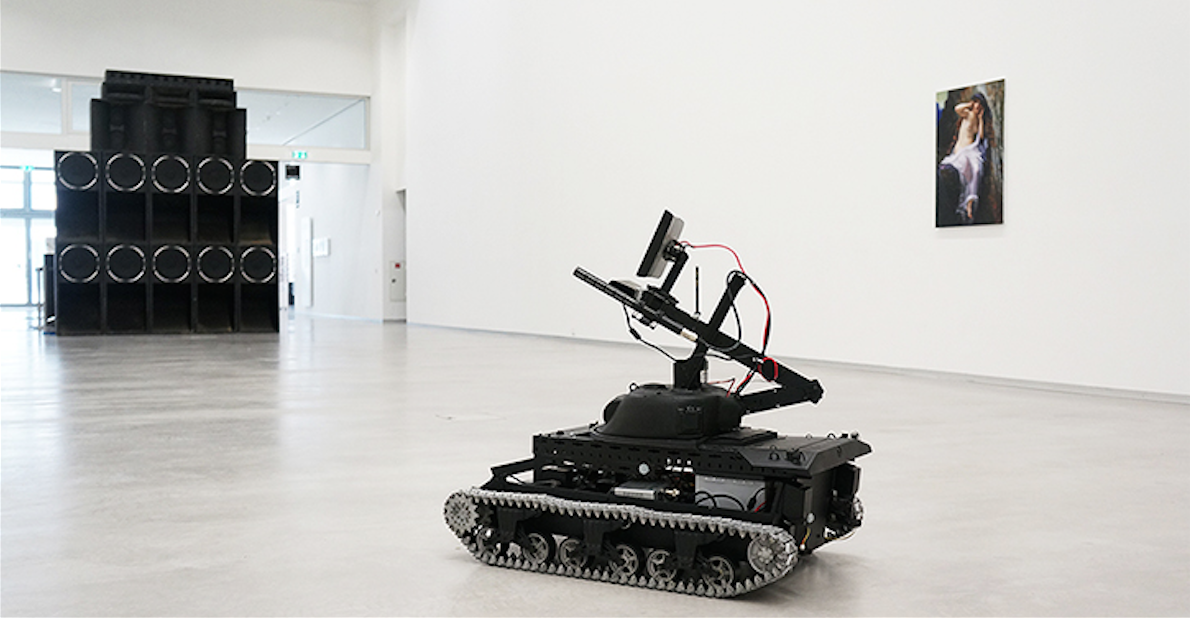 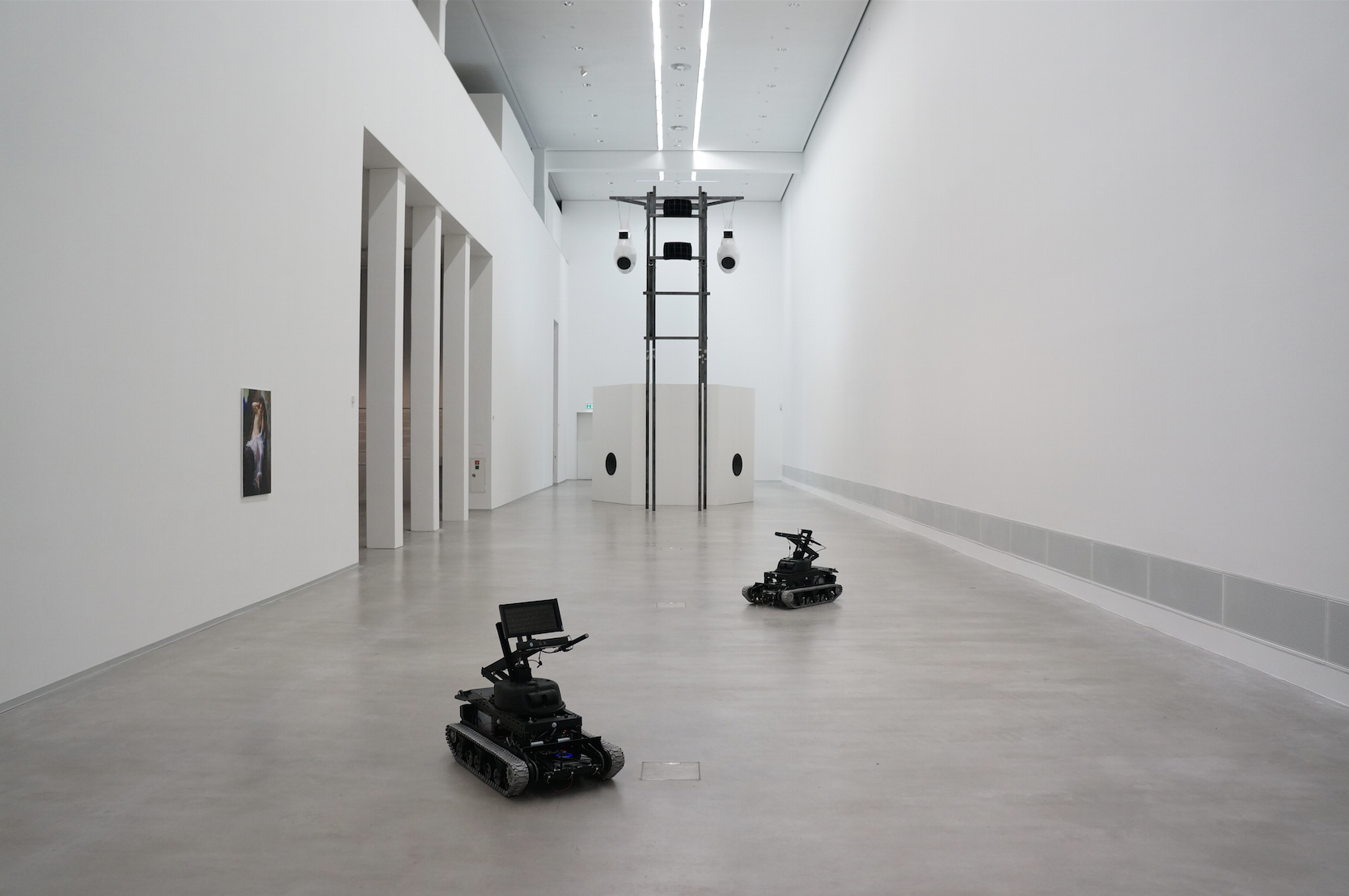 Echo looks like a more political work. Because of the drones and also because of the way they occupy the space and seemed to intrude on the privacy of the gallery visitors. Could you comment on that? What were you trying to communicate with this work?

Echo is mainly about the change of privacy and publicity in the age of digital globalization. I was fascinated by the fact that through social networks and forums of all kind everybody can have world wide publicity any time anywhere. Before the internet that has been depending on mass media. On the other hand privacy is something that has never been more threatened than it is these days. The Echo installation played with issues of monitoring and self monitoring. One drone plays a directional echo back to the visitor the other amplifies the sounds of the visitors through a sound system in the exhibition hall. Both drones are autonomous systems and interact with the visitor.

Could you explain how the sculptural form of your works relate to the sound they produce? For example, do you start with an idea about the kind of sound experience you want to create and the sculpture emerges from that? Or is it the other way round?

Mostly it starts with an Idea, with a vision or a question wich leads to a concept for a self experiment. the Machines are mostly tools for a experimental setup wich is suppose to formulate something i can t describe in a another way. Everything happens very intuitively. 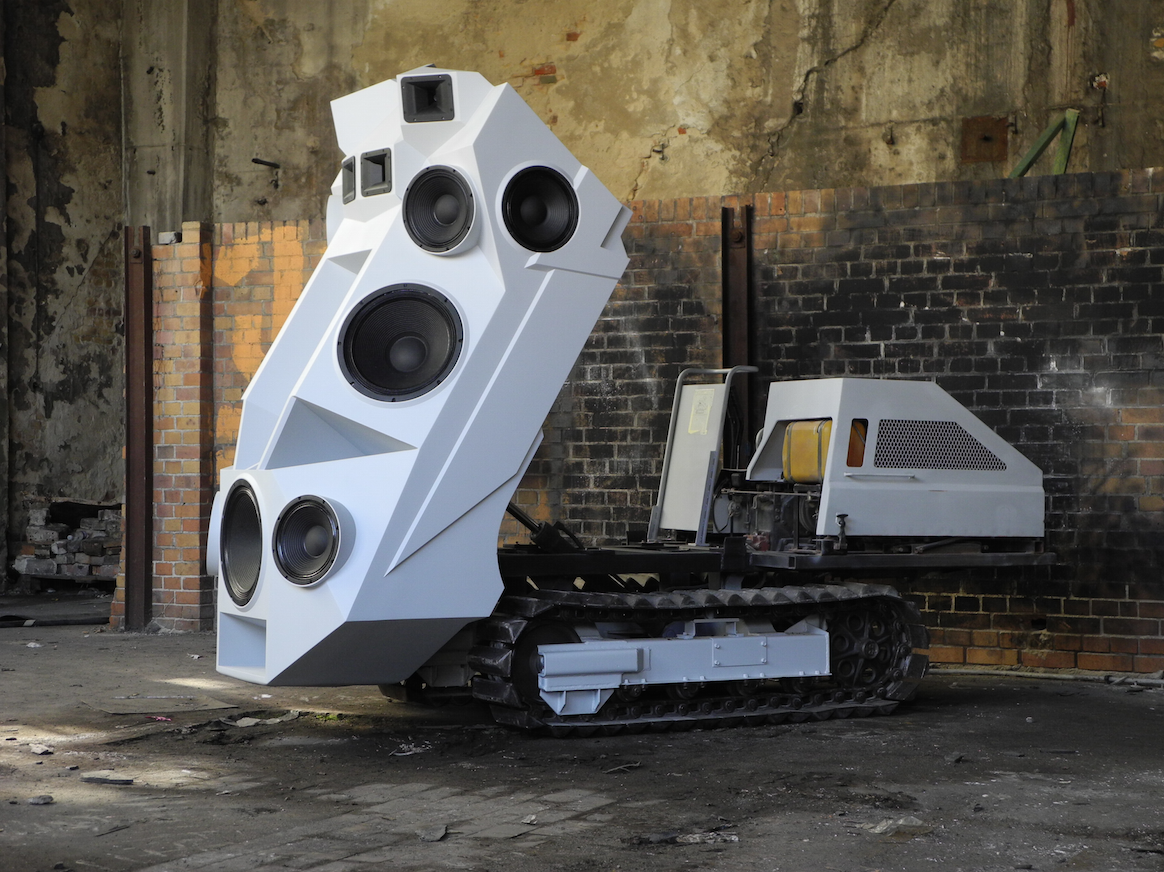 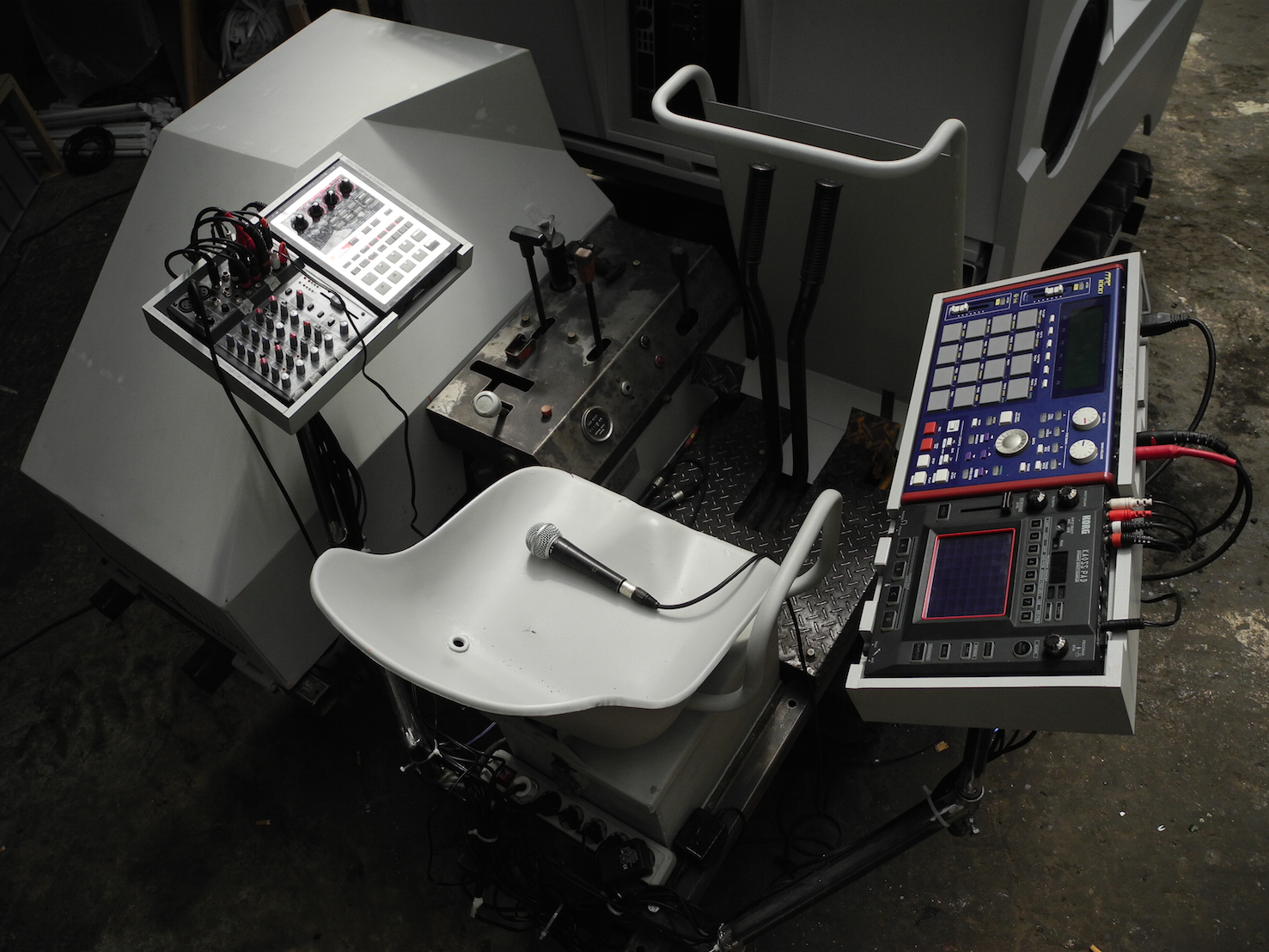 How did you actually built Panzer? Because to me, it looks like there’s an old farm tractor hidden under that armor…

Yes, Panzer is a Japanese mini dumper which i’ve bought on eBay. I’ve cut everything off i didn’t needed and built the sound system onto the leftover of the original track vehicle. I did every thing by my self and needed 3 years to get it done. I like working on my own which makes everything slow. Therefore i can work out things perfectly how i mean them without too much explanation upfront.

You’ve been working as an artist for over 10 years if i understood correctly. So how has your practice evolved since you started? 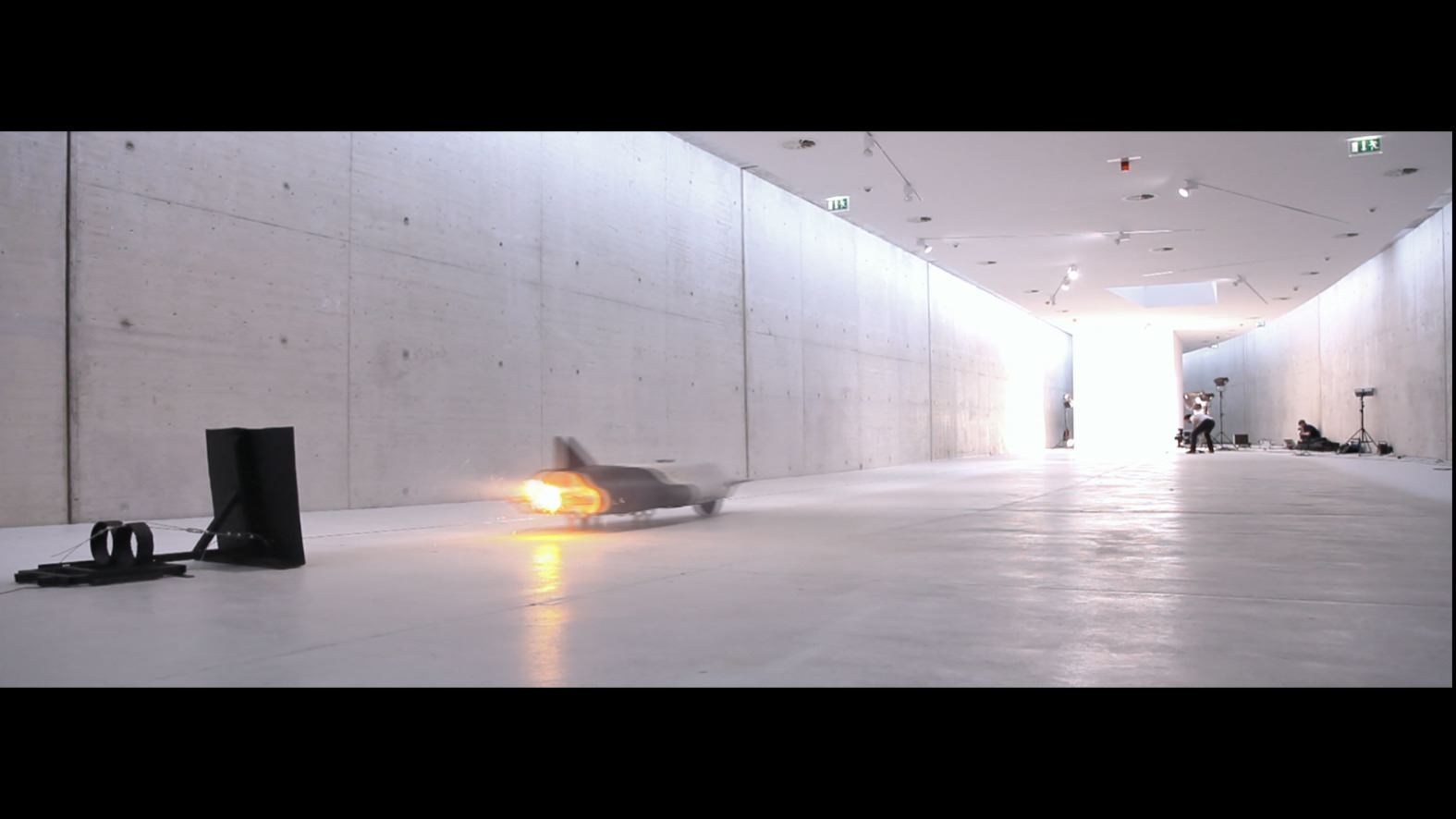 An upcoming exhibition, research, project you could share with us?

After i realized the second Panzerparade in Berlin with Ikonika and Scratcha DVA last week as a march against weapon exportation into crises areas.

I’m back in the studio working on a new Sound Panzer Sound System. Beside that my band Schockglatze is releasing an EP titled Warlord with e-label Throughmyspeakers.

We present the project at Music Tech Fest live on the 27th at Funkhaus Ost.