Last weekend was the Goldsmiths degree show at the Truman Brewery in London. There were quite a few interesting projects but the one that really stood out for its depth, coherence and reach is Tearlach Byford-Flockhart’s The Social Mining Union (SUM.)

The BA Design project aims to reposition the role of the ‘labour union’ (and function of positive activism) within a globalized landscape of post-consumer society, examining the industrial mining industry and peripheral territories it is associated with.

Metal scrapping, i learnt from my conversation with the designer is a a multi-million pound business. A documentary on Channel 4 revealed that the business of a yard owner in south London can turn over £7million a year while “scrappers”, the men who scour the streets in the hope of turning trash into cash, can make up to £800 a day.

Trailer for documentary ‘Getting Rich In The Recession – Scrappers’ 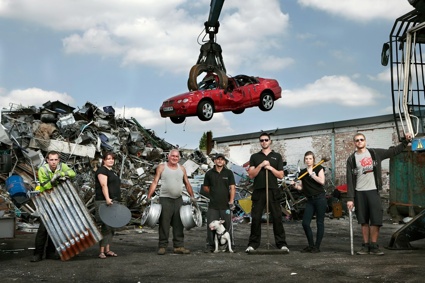 Getting Rich In The Recession: Scrappers. Picture by Jude Edginton/ Channel 4 Picture Publicity

Tearlach joined the scrappers and collected discarded objects from all over New Cross, a district in the London Borough of Lewisham. He also ‘mined’ websites like Gumtree and freecycle for discarded computers. He then sold his scrap in scrapyards and used the money to buy Glencore (a multinational commodity trading and mining company) shares. Being a shareholder, he somehow managed to infiltrate the annual general meeting of Glencore Xstrata last May when he took the opportunity of a Q&A session to suggest more positive economic, social and environmental impacts in the mining industry. His intervention might not have had much effect but imagine what would happen if whole communities of scrappers engaged in similar forms of activism!

The Social Mining Union project looks back at the Industrial Revolution when large-scale industries were centred around people and place. The paternalism of companies such as Cadbury’s and Unilever ensured that communities flourished around places of work, sharing a common ground and an inherent sense of place. This affiliation between workers, industry and environment strengthened social and cultural values and cultivated prosperity at an individual level, and consequently this had a positive effect on the commercial output. The picture is obviously quite different in today’s global context. 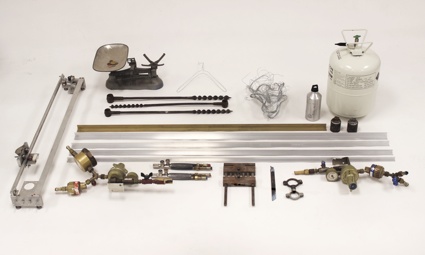 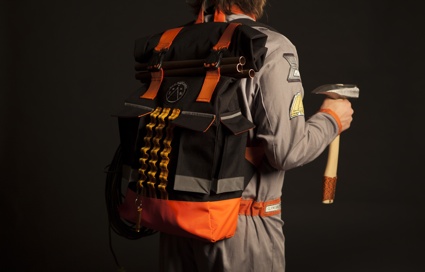 Extracts from my conversation with the designer:

Hi Tee! I’m very interested in your experience in scrapyards. Could you detail where you collected the scrap and how you turned it into money that you then used to buy some Glencore shares?

I collected old radiators, piping, cans which were often left in skips and on the side of the road. I then visited two different scrap yards – Sydenham scrap metals and Lewisham scrap metals ltd. When you arrive you weigh your van load for the cheaper scrap – iron and steel etc and then for the more valuable scrap such as copper you weigh it separately on smaller scales. Once the van has been weighed you then remove all the scrap and weigh it again working out how much scrap you had.

You then get payed by check, which I put strait into a bank account set up for the union – this then gets transferred into my Barclays stockbroker account where you can by any public companies shares, once bought you can request a proxy from to attend shareholders meetings and other events. 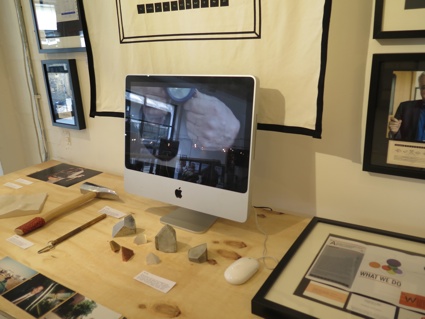 View of the project at Goldsmiths Degree Show

These bullion ores are the processed, melted down scrap. They represent a variety of metals (iron, gold, copper, tin, alluminium, silver steed) mined from different sources

By the way, why did you chose Glencore rather than any other mining company? Any particular reason?

Glencore is the largest commodities and mining giant, from my research I was interested in the anonymity and secrecy they only recently become a public company so not many people know about their operations. I felt it was important to show some transparency and realised that whilst investigating them they were incredibly corrupt in a variety of ways.

One of the goals of your project is to question the role of the union and of activism nowadays. What is wrong with the way they function now?

Activism it seems still predominately relies on models such as protesting, embarrassment and sometimes aggression, these are important but outdated, as policing and government legislation has changed and evolved. The Battle of Orgreave is one of the signifiers to how policing was evolving to deal with large crowds with new techniques being used to control the people.

Unions have lost the strength they once held. Although in the past they did at times act like bullies, they have lost the sense of community connections and this is due to the combinations of small unions into larger ones. They are also stuck in a mentality that suits the past in terms of how they deal with gaining better paid employees based upon a time when striking had more of an impact. 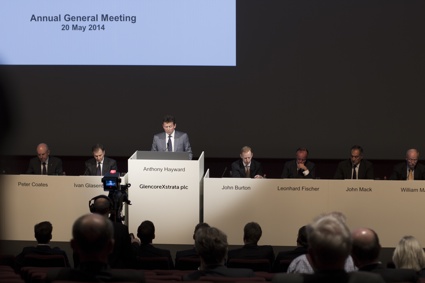 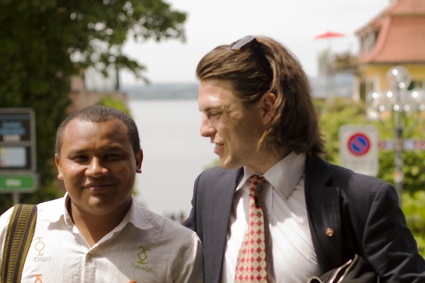 Tearlach at the Glencore Xstrata with a Colombian activist. Image courtesy of Tearlach Byford-Flockhart

During our conversation, you mentioned the industrial paternalism policy of Cadbury’s and Unilever which ‘facilitated social capital at a domestic level.’ If i understood your project correctly, workers and unions would have to take matters into their own hands and recreate this social capital, instead of relying on corporate mining industries? Can you walk us through what you did once you owned some Glencore actions? And what you think could happen if other people did like you and the whole action was scaled up?

Once I bought the shares I was able to begin a dialogue with Glencore via emails, this enabled me to assess what was possible at the meeting I was planning to attend.

What I found from the meeting is that if we are to make a change within this centralised forum we need to one take matters into our own hands as management seem little concerned and two to speak through a collective voice, if we imagine The Social Mining Union with 1 million members each of these members holds a small amount of shares but collectively they hold a massive amount of shares then we collectively are a threat, as our voice is much louder than one. But I also think it is important to remember that this project is about access and navigation The Social Mining Union suggests a new way to engage with these global companies at a human level. ​