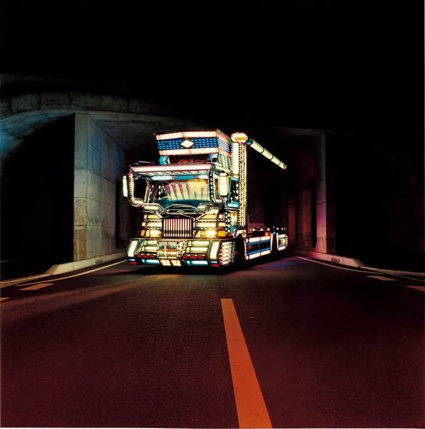 On Thursday i went to Artissima. Turin’s contemporary art fair lands in the agenda almost straight after Frieze and compared to the London’s fair, it feels lighter, fresher, edgier. It also demonstrates a greater attention for the design -in all its forms- of the event. I’m a fan.

That evening I’ve discovered a dozen of artists whose works i’ll mention in the coming days (or weeks given my propensity to write at the speed of a banana.)

Let’s start with Tatsuki Masaru whose photos were exhibited by Gallery Side 2 (Tokyo). The artist spent a decade following the Decotora (an abbreviation for “Decoration Truck”) subculture, photographing the trucks of course but also their drivers and in the long series of “Japanese do it better”, these vehicles have a panache and extravagance that never reach bad taste.

In an interview to Photoeye, the artist explains that the phenomenon is subject to trends and economic woes: There was a peak in say 1980, that was the peak time in terms of the number of decorated trucks existing in Japan. This trend got started somewhere in the ’60s when Japan’s economy was growing and people were starting to spend money decorating their trucks. In the beginning it was like, “Who has the most number of lights on the truck,” that kind of competition. But then in the ’90s there started to be a little bit more specialization, and one area which became popular was Gundam, which are like Japanese transformer movies, and anime type of decoration, so there are some stages to its development. Recently, because of the economic difficulties like Japan’s recession, and governmental regulations, traffic laws and all that, the [truckers] can no longer do the things they used to do. So in a way, they’re sort of going back to the ’70s style, which is a little bit less lighting, more heavy on the paintings, a little bit more subdued decorating style so they cannot get busted by the police. 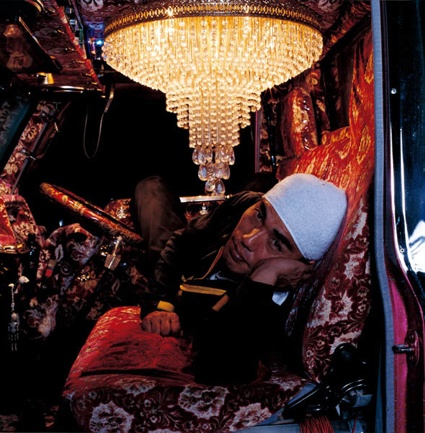 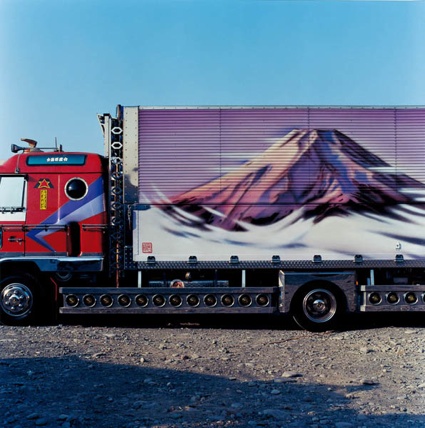 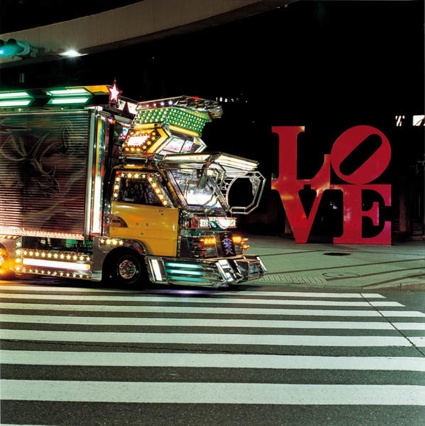 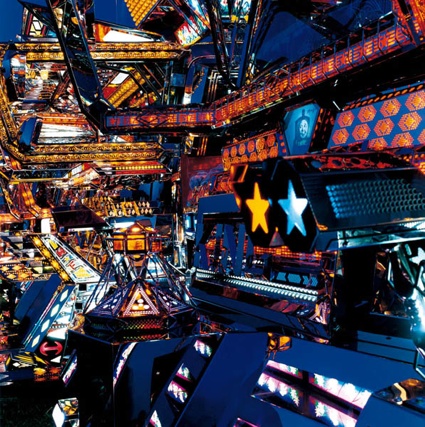 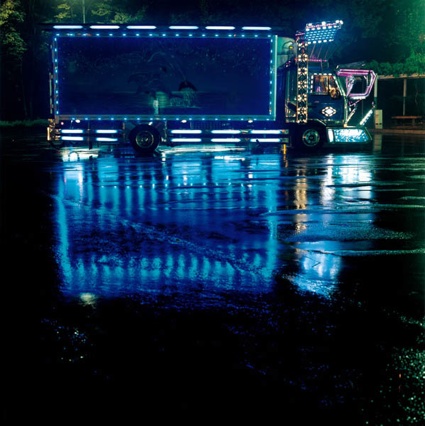 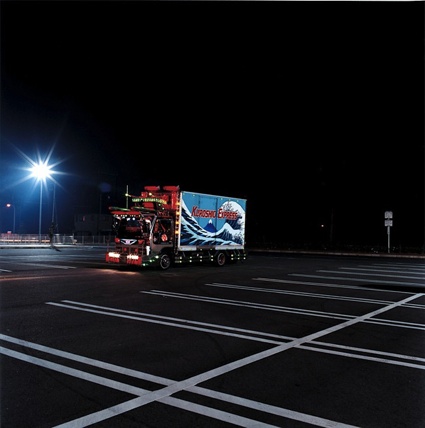 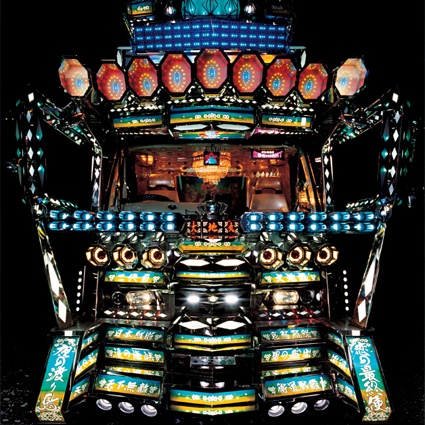 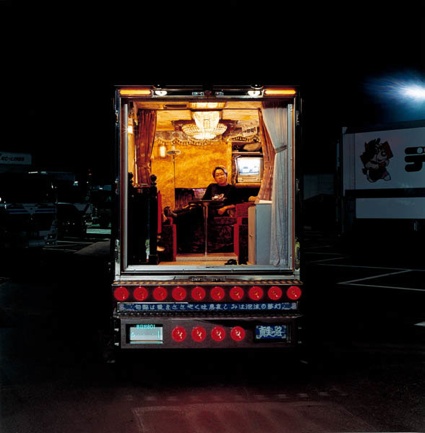 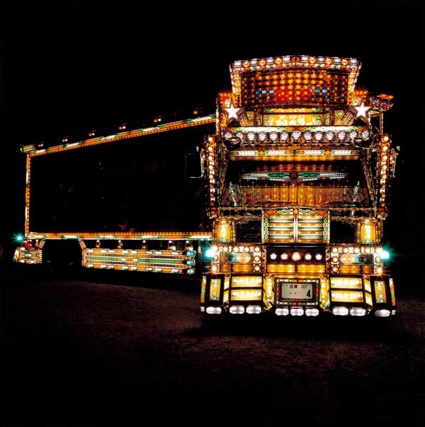 Both Photoeye and Pingmag have interviewed Tatsuki Masaru about the truck series. More images at photoeye.