I must have been pretty desperate for distraction the day i went to see Island Stories: Fifty Years of Photography in Britain at the Victoria and Albert Museum. This Summer now seems like it has been a long, relentless photo exhibition dedicated to London, England and/or Great Britain. I thought that even an anglophile like me wouldn’t stomach yet another exhibition celebrating the joys and wonder of the country. But Island Stories: Fifty Years of Photography in Britain is such a gem of a little show, i’m on my way to see it for the second time. Incidentally, i’m left hoping that one day my own country will develop such propensity for navel-gazing, but that’s another story.

Drawn exclusively from the V&A collections, this display features a selection of more than 80 photographs made in the UK since the 1950s. It focuses on individual projects, each of which tells a story. Collectively, they give a picture of life in Britain that reflects upon subjects ranging from landscape and industry to family and community.

There are work by Jeremy Deller, by Don McCullin and by Martin Paar but most photographers were new to me. I loved the show and i’ll keep the comment short:

Maurice Broomfield‘s prints of post-war British industry are particularly fascinating. For 30 years, his images celebrated as much as they documented the labour of factory workers. Most photo series were commissioned by industrial clients. Most of them I suspect have now outsourced their assembly lines to other shores. 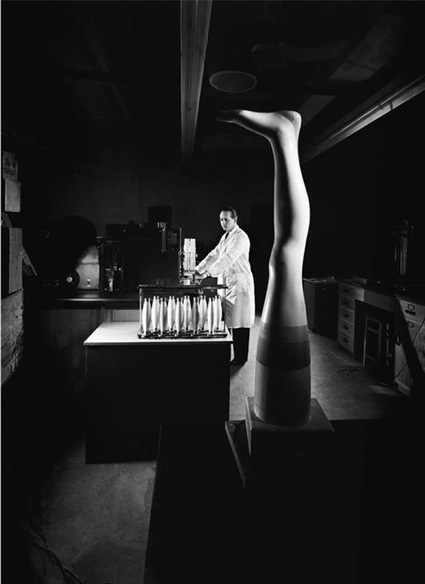 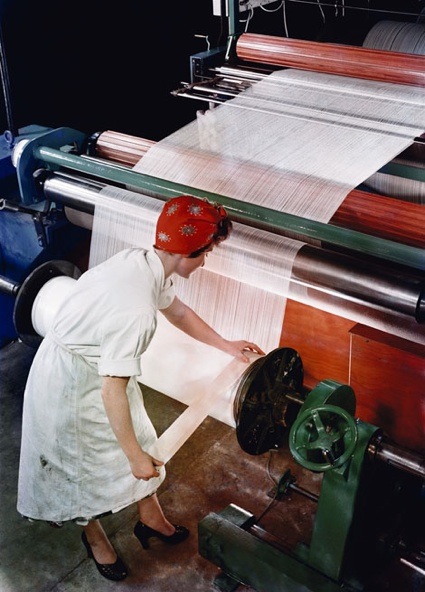 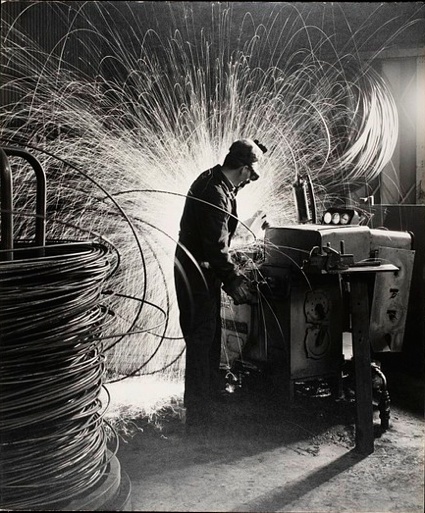 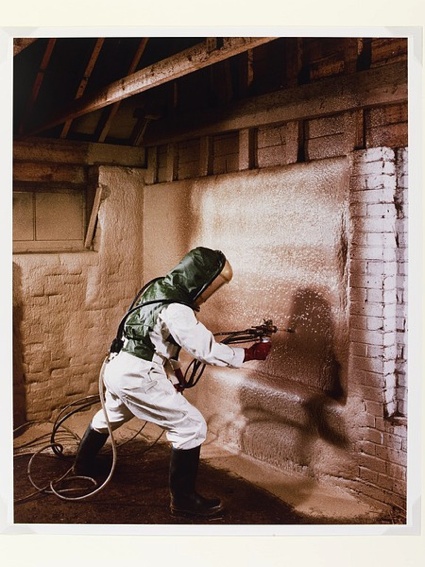 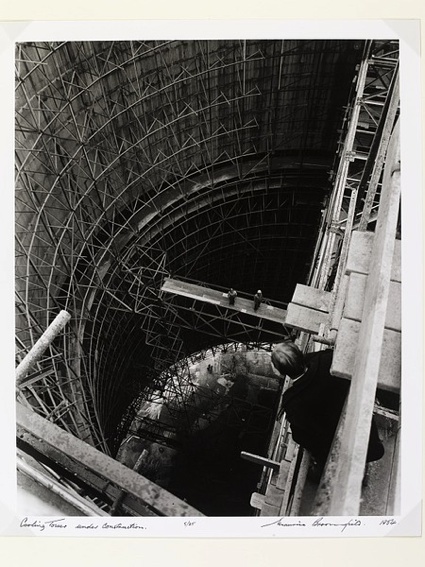 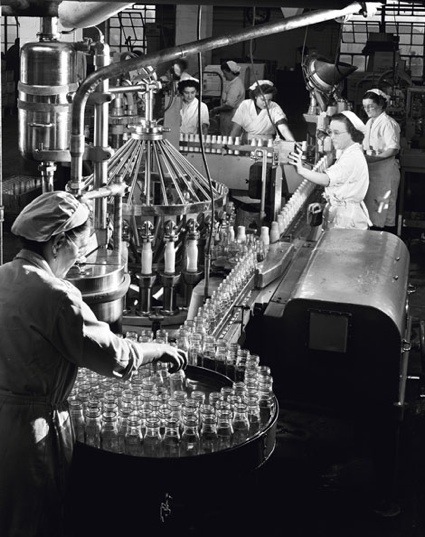 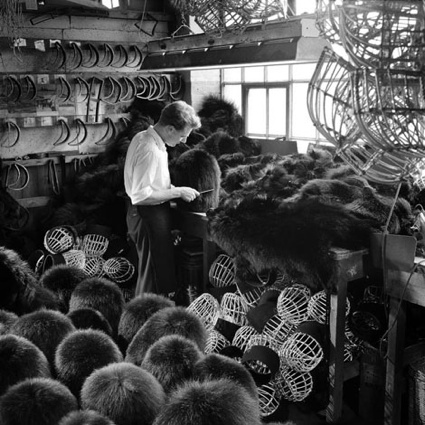 Combing a Guard’s Bearskin. The workshop of J Compton, Sons and Webb, London, 1957 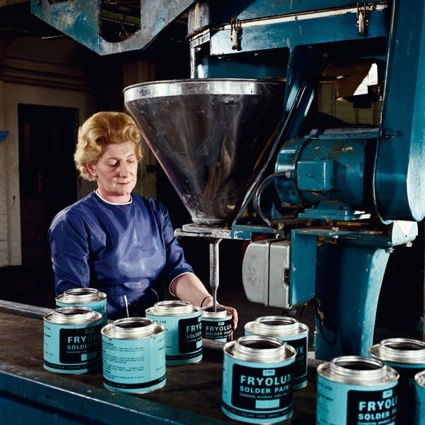 I think you’re not supposed to laugh at this one: 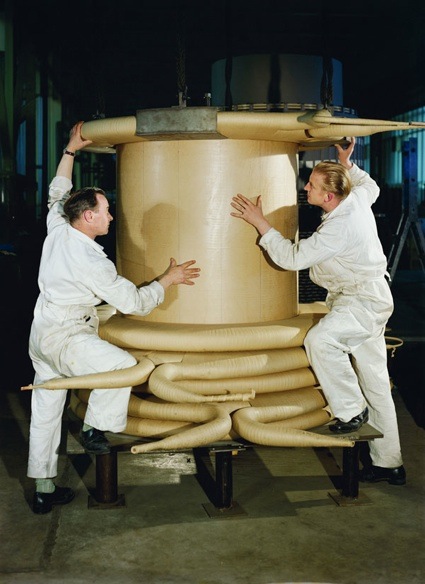 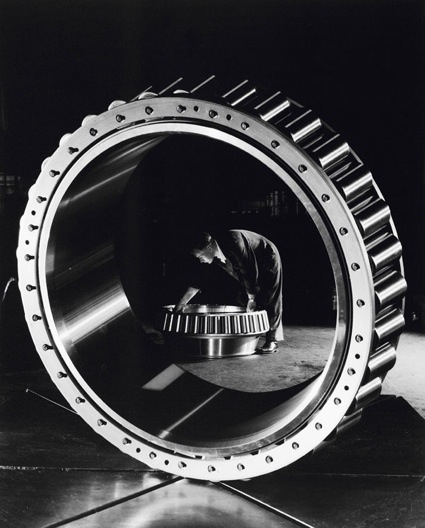 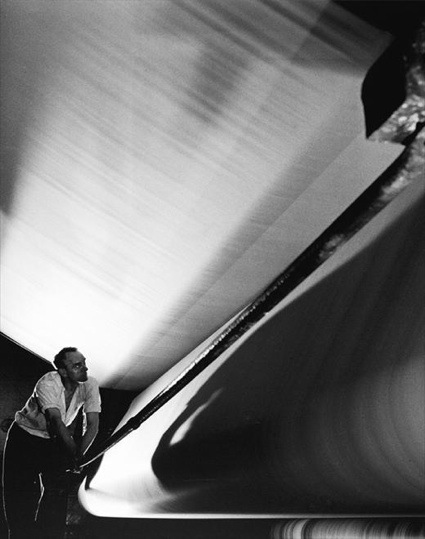 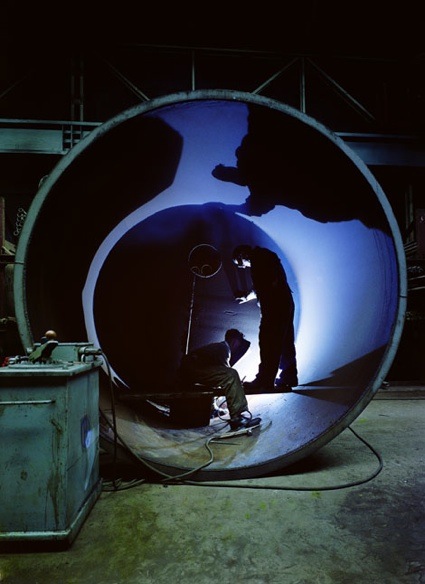 Elsbeth Juda‘s 1952 series Milling around Lancashire also takes the factory floors as its main setting and the photos are as staged and polished as Broomfield’s. This time however, the industrial context serves only as a backdrop for fashion shoots. 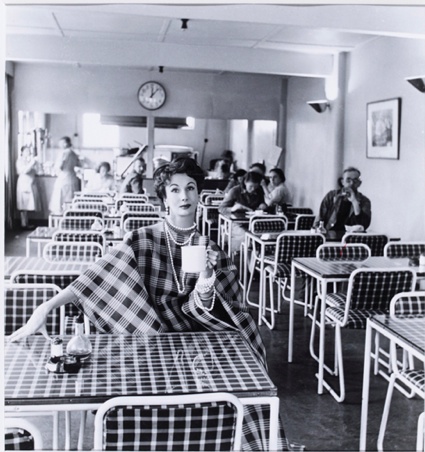 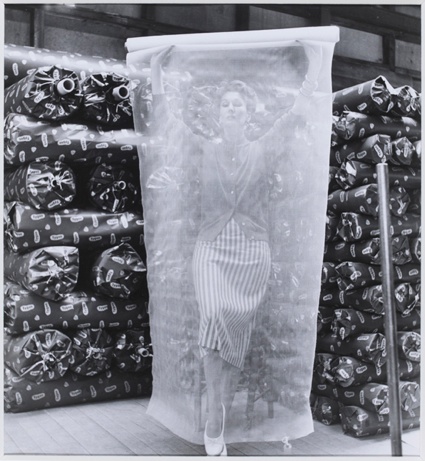 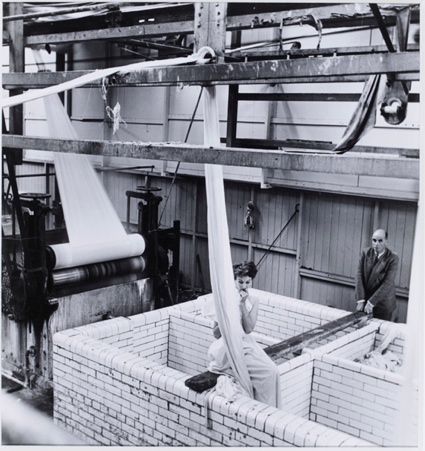 Elsbeth Juda, from the series ‘Milling around Lancashire’, 1952

The text accompanying Grace Robertson‘s photos at the museum says “Using a compact Leica camera, Robertson was able to capture the unrestrained and unselfconscious mood of a women’s annual pub outing.” Annual? I’d better keep the snarky comment to myself. The photo below is based on this one by Kurt Hutton. But Robertson’s models are middle-aged and wearing, i read, whalebone corsets. 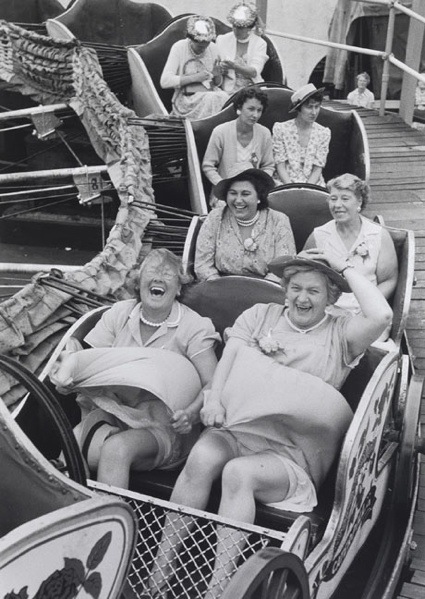 Grace Robertson, from the series ‘Mother’s Day Off’, 1954

In 1999, Peter Fraser photographed from up-close details of the apparatus used for the study of matter at the Physics and Applied Physics department at the University of Strathclyde, where research was being undertaken into the fundamental nature of matter at a subatomic level. 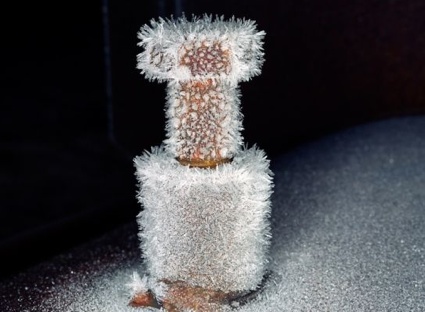 There you go! A lovely show, entrance is free.
Island Stories: Fifty Years of Photography in Britain remains open at the Victoria and Albert Museum in London until 19 March 2013.

Related stories: Once upon a time in London, The London Festival of Photography (part 2), Don McCullin, about the London homeless and The Family.