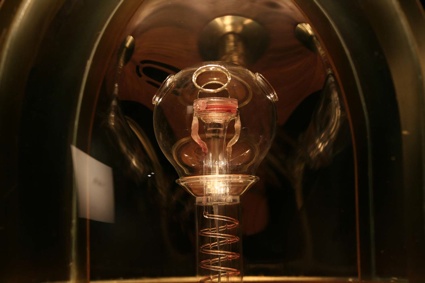 It’s been too long since i’ve blogged about a project supported by Symbiotica (although they did get their fair amount of mentions and praises in #A.I.L., the show i present on ResonanceFM.)

The new project -developed by researcher and artist Guy Ben-Ary and by artist and academic Dr. Kirsten Hudson– looks into stem cell technology and more precisely Induced pluripotent stem cell, a cell re-programming technique able to reverse-engineer any cells from the body, coerce them back into their embryonic state and then trick the resulting stem cells into becoming any cell in a fully developed body. Regardless of the original tissue from which they were created.

For the In-Potentia work, the artists grew cells that were taken from human foreskin cells purchased from an online catalogue. The cells were then re-programmed by genetic manipulation and bio-engineered to become a neural network.

This functioning “brain” is presented in a sculptural incubator containing custom-made automated feeding and waste retrieval system as well as an electrophysiological recording setup.

The work is more clearly explained in the video below:

In-Potentia exposes, in the most limpid and absurd way, how science is blurring what we are used to regard as clear-cut categories, such as where life begins and ends or what constitutes a person. Or in Guy Ben-Ary’s words:

What is the potential for artists employing bio-technologies to address, and modify, boundaries surrounding understandings of life, death and person-hood? And what exactly does it mean culturally, artistically, ontologically, philosophically, politically and ethically to make a living biological brain from human foreskin cells?

The artists have kindly accepted to answer my questions: 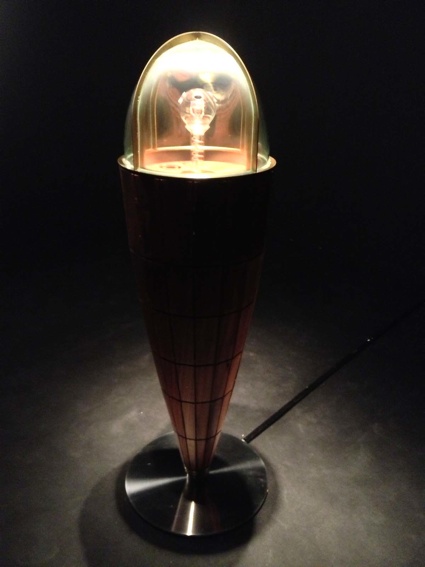 In Potentia is without doubt a very powerful and thought-provoking work. What is the state of the scientific but also cultural debate around liminal forms of life? where could i read more about it (in a not too daunting, hi-tech language if possible)? do you have simple examples of these ‘uncertain lives’ at the border between human/non-human, coherent/hybrid, etc.?

Liminal lives are creating a great degree of conjecture and debate in many areas of discourse in science, life sciences and the humanities. Liminal lives come in many forms, basically, anywhere where there is a physical entity on the threshold of change ie an entity that sits somewhere between one form or thing and another, that could be on the threshold of life and death but could also be on other thresholds such as human/machine, human/non-human, or occupy a more moral ambivalence where an understanding of consciousness or sentience is attributed to a live physical entity which we had previously only regarded as being “merely an object” ie the space between object/being. Basically liminal life is any form of life that challenges and alters the very nature of the concept of the human being, but also the contours of human life.

Liminal lives can be “brain dead” or coma patients who are only being kept alive due to machinic intervention, or severely pre-term newborns kept alive with external life support systems, or embryos (both within or outside of a female host body) whose status as “pre-beings” disrupts our understanding of “life” as being conscious, independent and “useful”. Liminal lives could also be humans with animal (or other human) organ transplants, genetically modified/manipulated (human and non-human) lives that challenge the ontological status of where and how “life” starts, or even non-humans that exhibit “human-like” characteristics of consciousness etc etc. A liminal life can therefore be found anywhere that our traditional western understandings of what it means to be human is challenged, altered or transgressed. If you were only going to read one thing on liminal lives, I would suggest Susan M Squire‘s 2004 seminal text: Liminal Lives – Imagining the Human at the Frontiers of Biomedicine. 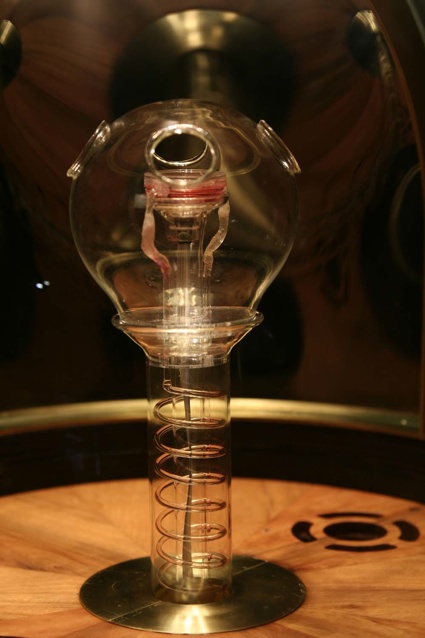 I like the humour behind ‘project dickhead’ as you nicknamed it but i’ve been wondering if you’re not worried that certain journalists (and bloggers) will jump on the opportunity to depict the project in a simplistic light? Your choice was quite bold because you could have avoided potential simplistic headlines by choosing to use other cells than the ones of foreskin?

The use of foreskin is deliberate and although may evoke simplistic readings, does not take away, I hope) from the ability of these cells to offer an accessible point of entry into an art/science work for non- art or non- science savvy viewers in way that starts to evoke ideas to do with gender, waste, body modification/manipulation, western capitalist opportunism and the role biomedicine and scientific rationalism plays in determining the moral status and hierarchy of all beings. 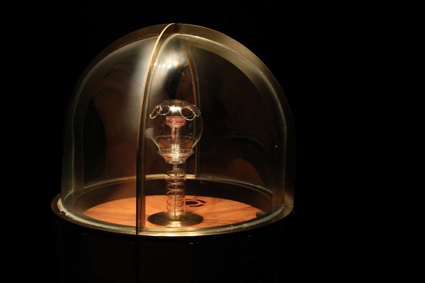 When we thought about exhibiting the project, its aesthetics or shall I say the visual/sonic language we needed to develop to show something like a neural network we decided not to visualise the network using a camera. Rather, we chose to grow the neurons on a multi electrode array or an electrophysiological set up that allows us to amplify the electric activity of the neurons so that the viewers could hear the neurons rather than seeing them. We felt that this sonic element will complement or support the aesthetics of the incubator. We believe that together they support the reading of the artwork. We also chose not a modify the sound of the neurons (even though not such a popular decision) due to our desire for authenticity and integrity. In my mind this way the focus is on the neurons and not programming or musicianship… I think that the blurry, noisy signal (that really needs analysis algorithms to decode it) also adds to the absurdity of the whole work in a way that it is a functional network but really what does this statement mean ? 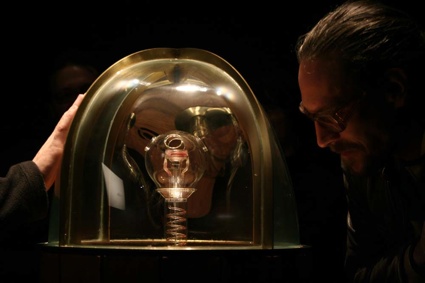 Thanks Guy and Kirsten!