Another of my long overdue festival reports…. 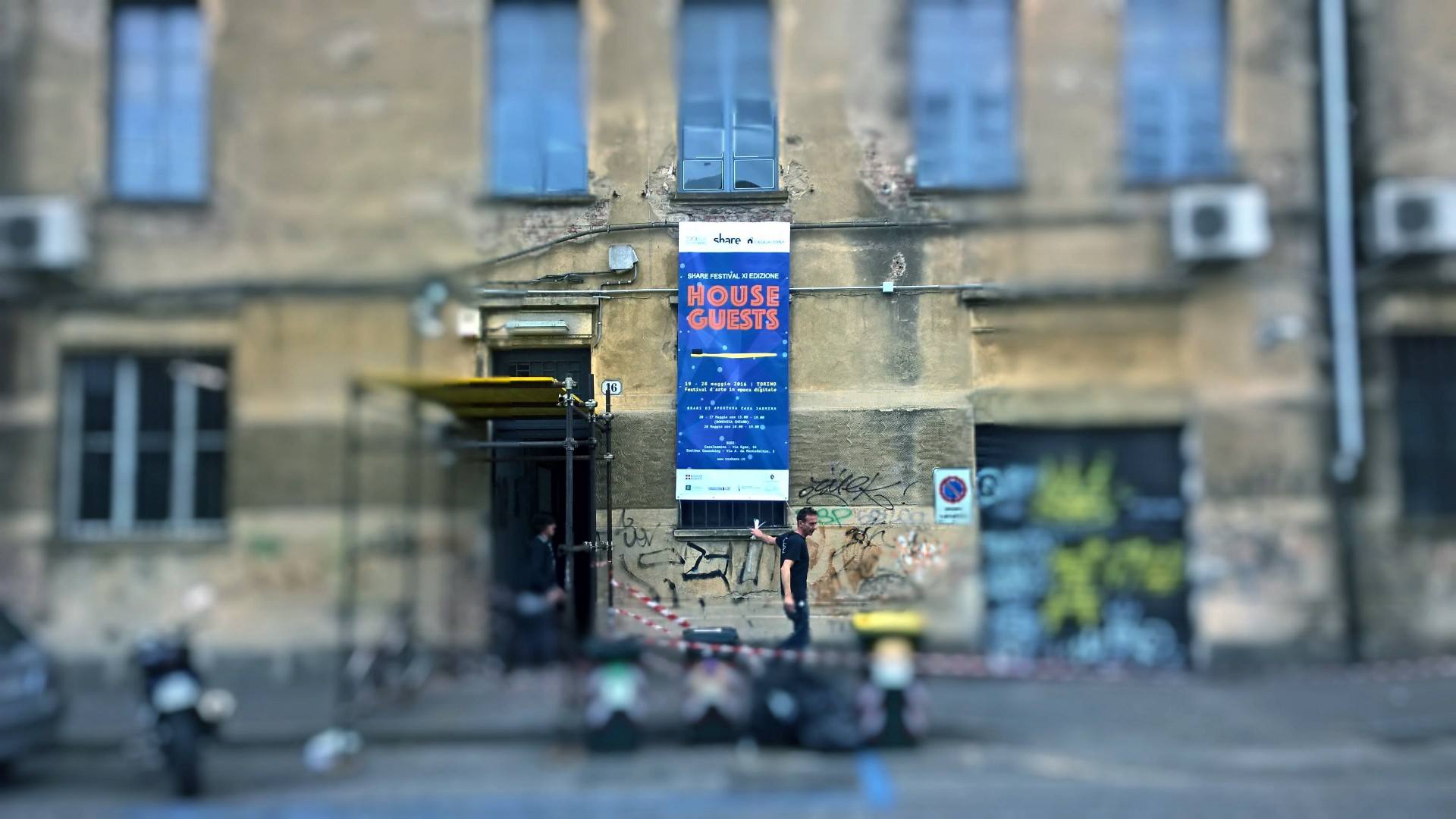 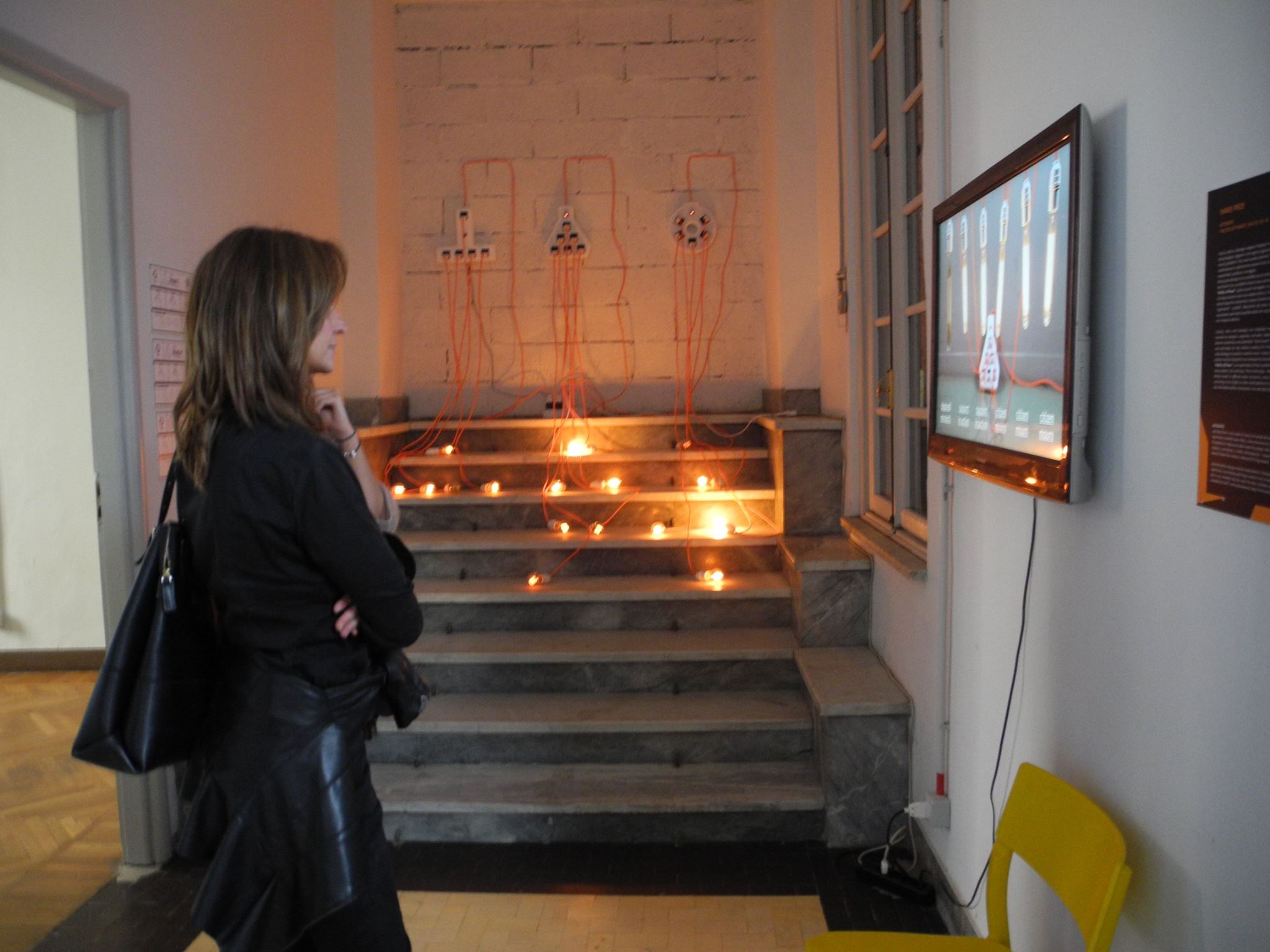 This year, the Share festival in Turin shed its new media art skin and became a festival resolutely centered on design. The event was all about technology and creativity but this time in their most domesticated forms.

Quite fittingly, Share took place inside an apartment. You might have heard about it already, it’s called Casa Jasmina and it’s a kind of home of the future that showcases what it means to share a dwelling with “the Internet of Things” things. Located inside a large industrial building (one that’s shared with Fablab Torino, the Italian hub of Arduino and a co-working space), Casa Jasmina hosts not only all kinds of smart gizmos but also residencies, workshops and discussions.

Each of the entries selected for the Share Prize was installed in the room they would naturally occupy inside a house. There were multi-plugs fighting for supremacy in the corridor, a coffee machine that moonlights as CCTV in the kitchen, plates laser-engraved with ‘personal crumb data’ lined up on a dinner table, etc.

Now anyone who’s ever met me will tell you that i’m not keen on design (to say it with as much diplomacy as i’m capable of) but even i had to admit that this spotlight on all things homely and interactive gave the festival a strong personality in a sea of art&tech festivals that strive to differentiate themselves from each other. It also meant that while media art festivals are usually jovial affairs that draw a very specific type of crowd*, Share seemed to attract people of all ages and backgrounds, eager to see and hold into their hands objects that have the right balance of “familiar” and “slightly futuristic.”

Plus, there were a couple of gems worth blogging. Such as this one: 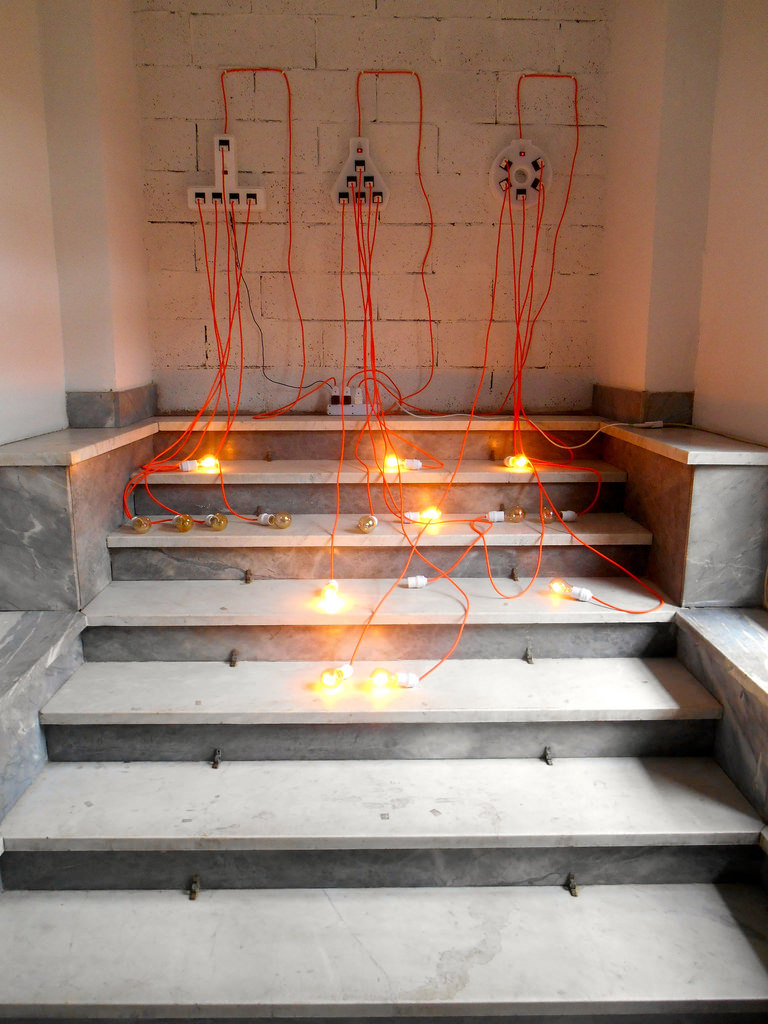 Automato installation, where lightbulbs have to engage in political struggle in order to get any “power”. Photo by Bruce Sterling 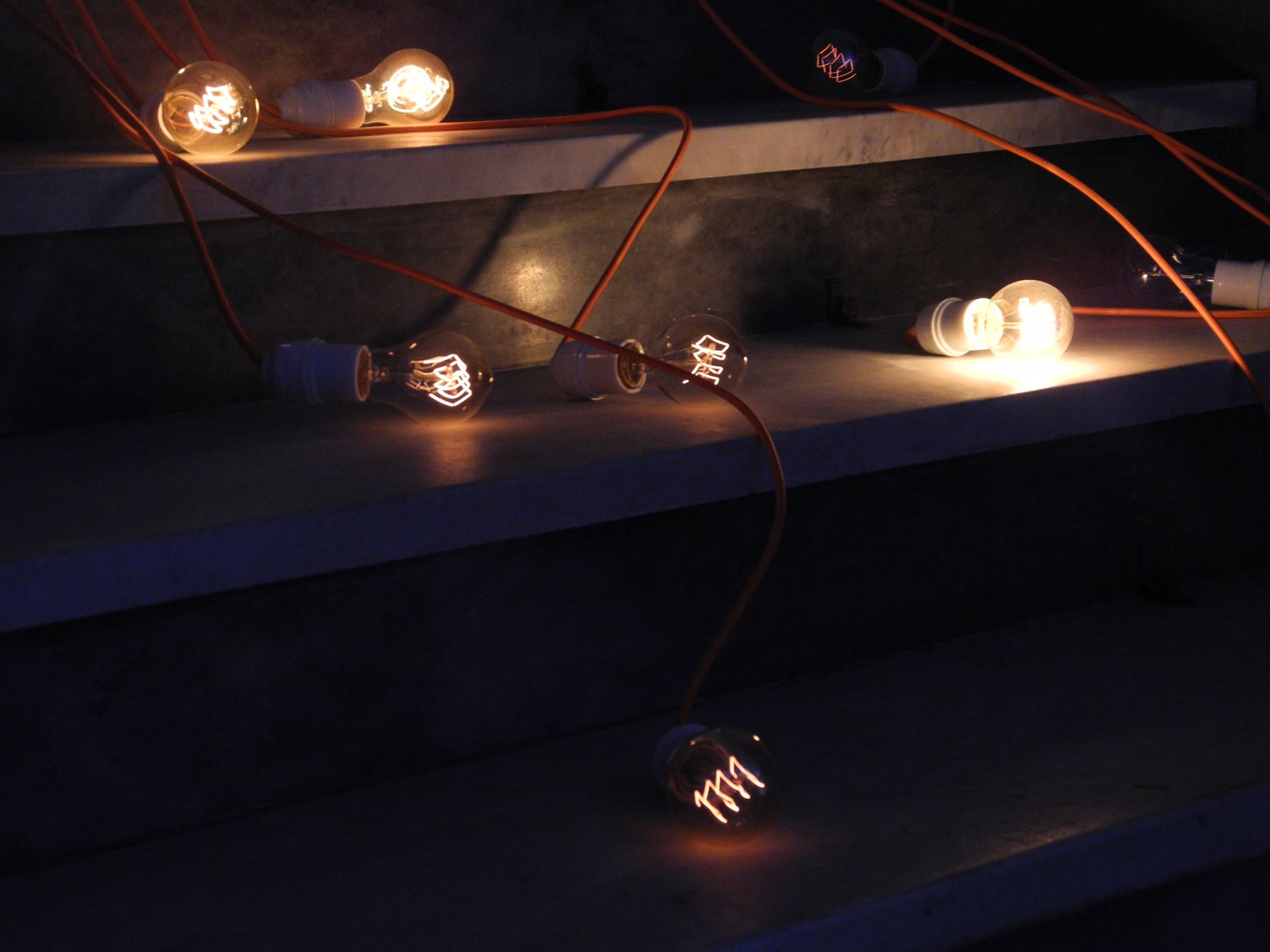 Politics of Power, by the Automato collective (aka Simone Rebaudengo, Matthieu Cherubini and Saurabh Datta), politicizes your household electrical network.

Three multi-plugs – Model D, M and T – are designed to look and behave based on different ideologies and structures, allowing people to experience the hidden politics of networks.

Model D distributes its actors in a circle. When multiple devices are plugged in, the outlets periodically vote to delegate a leader, who gains a greater share of the electricity until the next election. The system is the most egalitarian, every outlet has a chance to be in charge.

Model T has established a more authoritarian rule. The one plug at the top always gets all the electricity, and it either magnanimously sends a trickle of current down to its subjects, or it monopolizes everything. The citizen outlets periodically rebel, throwing the distribution into chaos until the tyrant can reestablish order. But if the top spot is left vacant for a while, the citizens will settle into an egalitarian mode like the Model D…until the head honcho is plugged in again.

The hierarchy of Model M is pyramidal. The greatest share of electricity goes to the “monarch” outlet at the top, middling shares go to the “support” tier, while the “plebian” outlets at the bottom get the weakest share. The distribution of electricity remains stable without a monarch, but if all of the middle managers are removed then the current starts to fluctuate wildly. 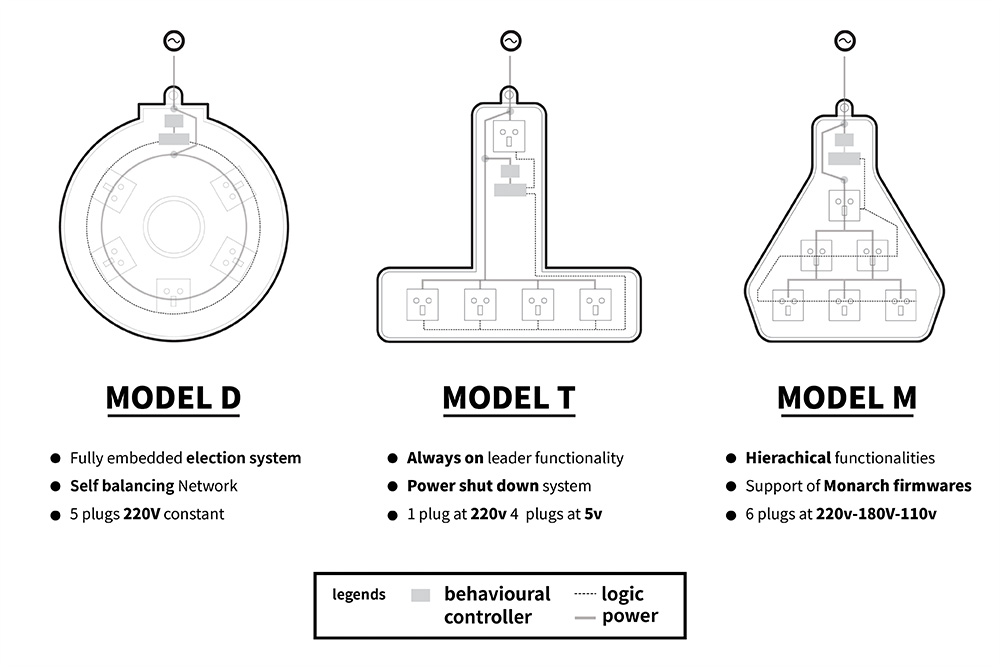 “Politics of Power” uses thus the most mundane product, a multi-plug, to explore on a micro-scale how political or economic ideologies can be embedded into design, especially technological design. The ‘black-boxing’ of consumer electronics, would be a good example of that. Or planned obsolescence. Being conscious of the hidden logic and rules of mass-manufactured products is particularly important when these are networked as it is increasingly the case in the age of the IoT. But what i liked the most about the work is not just the questions it explores so humorously, it is also the way it looks. The cables fall elegantly to the ground, the light bulbs glow softly, it’s a piece that insidiously soothes, comforts and makes you oblivious of the decisions taken in the back room. 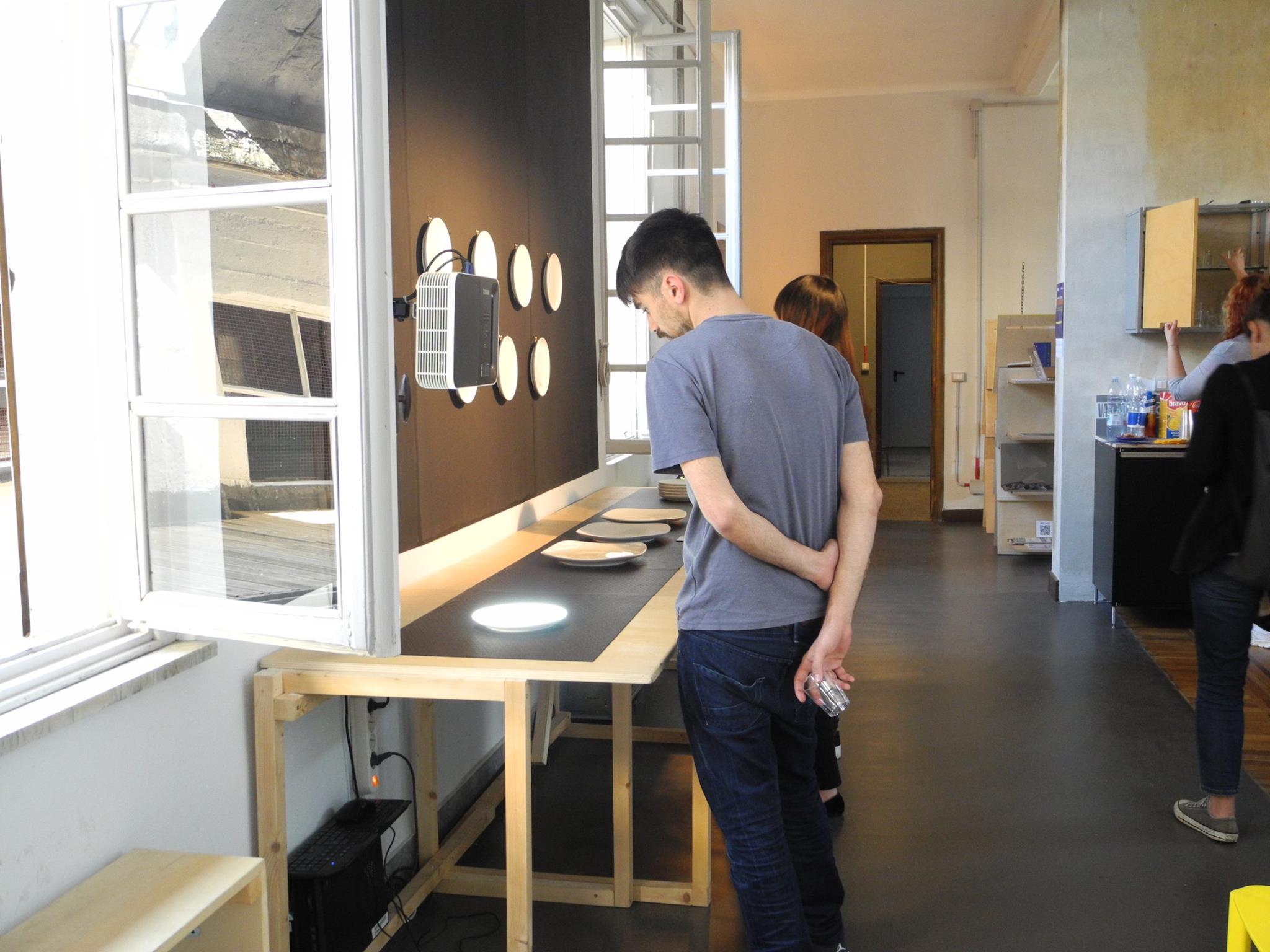 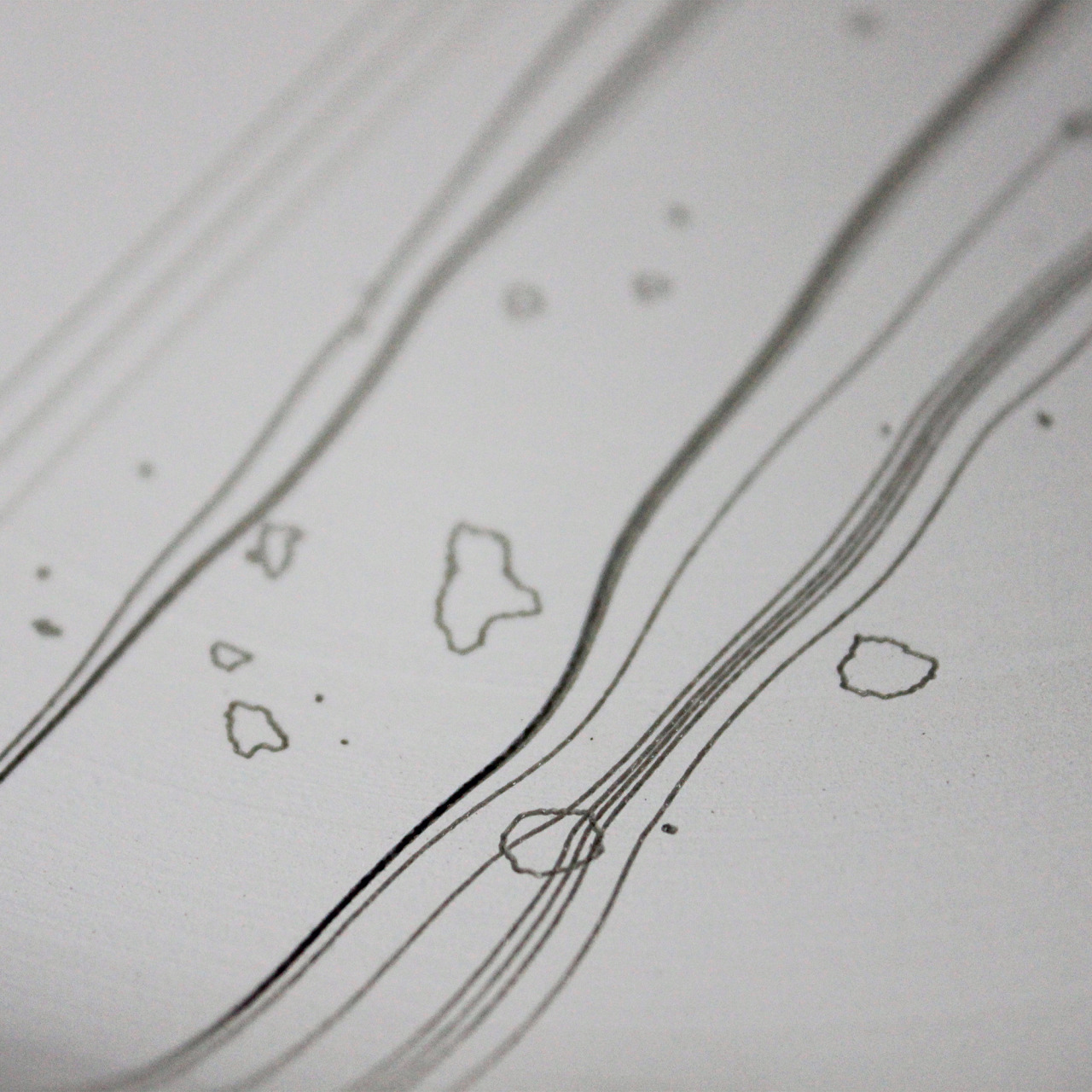 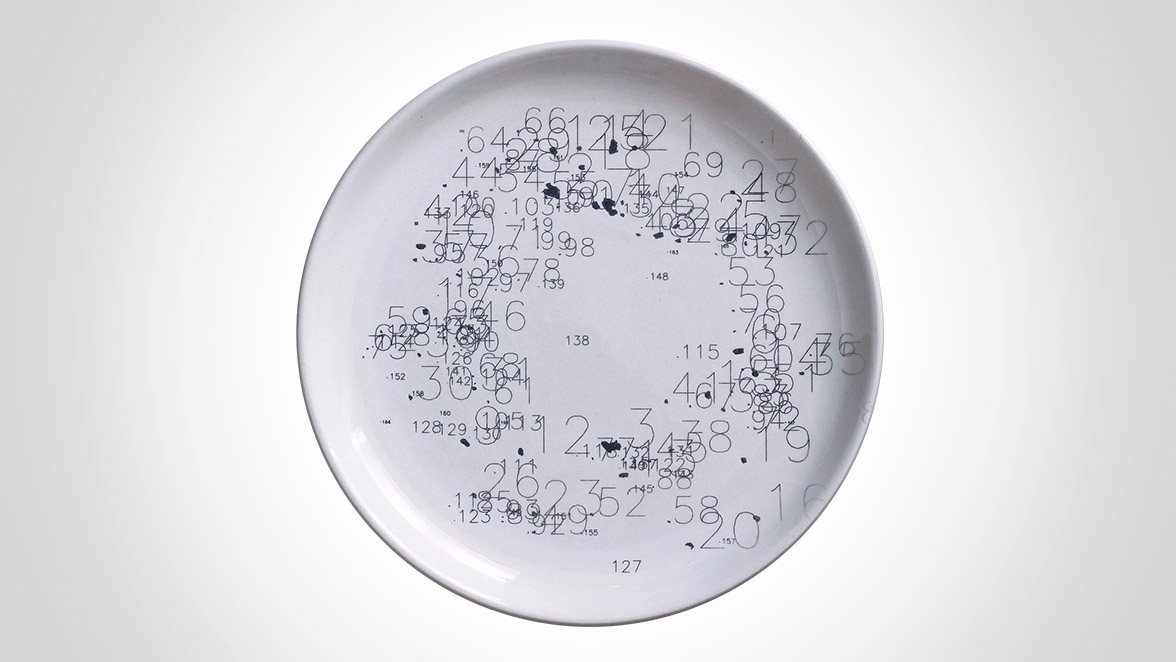 Food-Data, another of the works selected for the Share Prize, elegantly brings data tracking onto your dinner plate. The position and shape of crumbs left on the plates are analyzed by a software and used to create generative artworks. The algorithmically developed graphics are then engraved onto ceramic plates with a laser cutter.

Food-Data illustrates, almost to the point of absurdity, that absolutely anything, no matter how insignificant, can be harnessed for surveillance and data gathering. 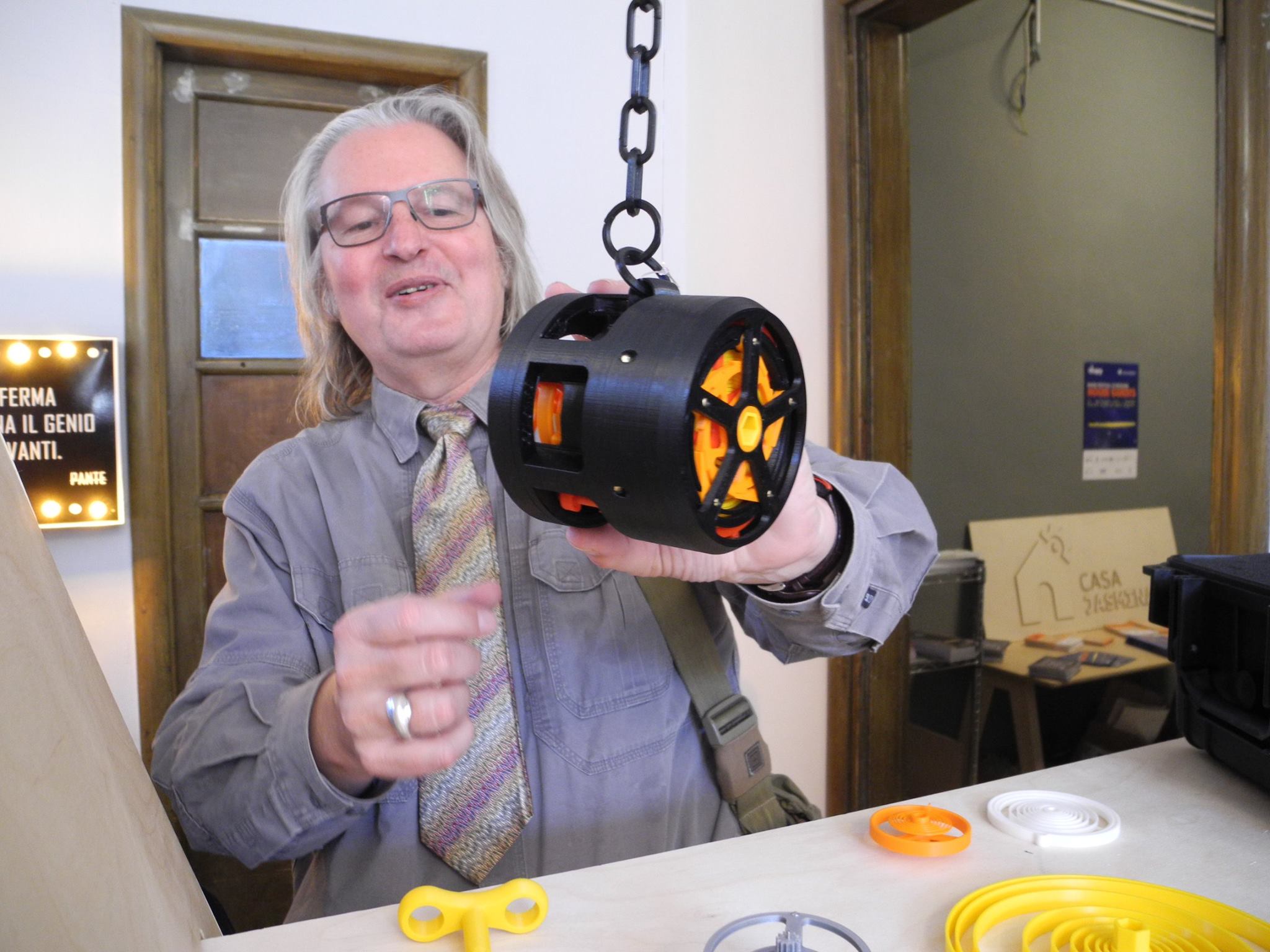 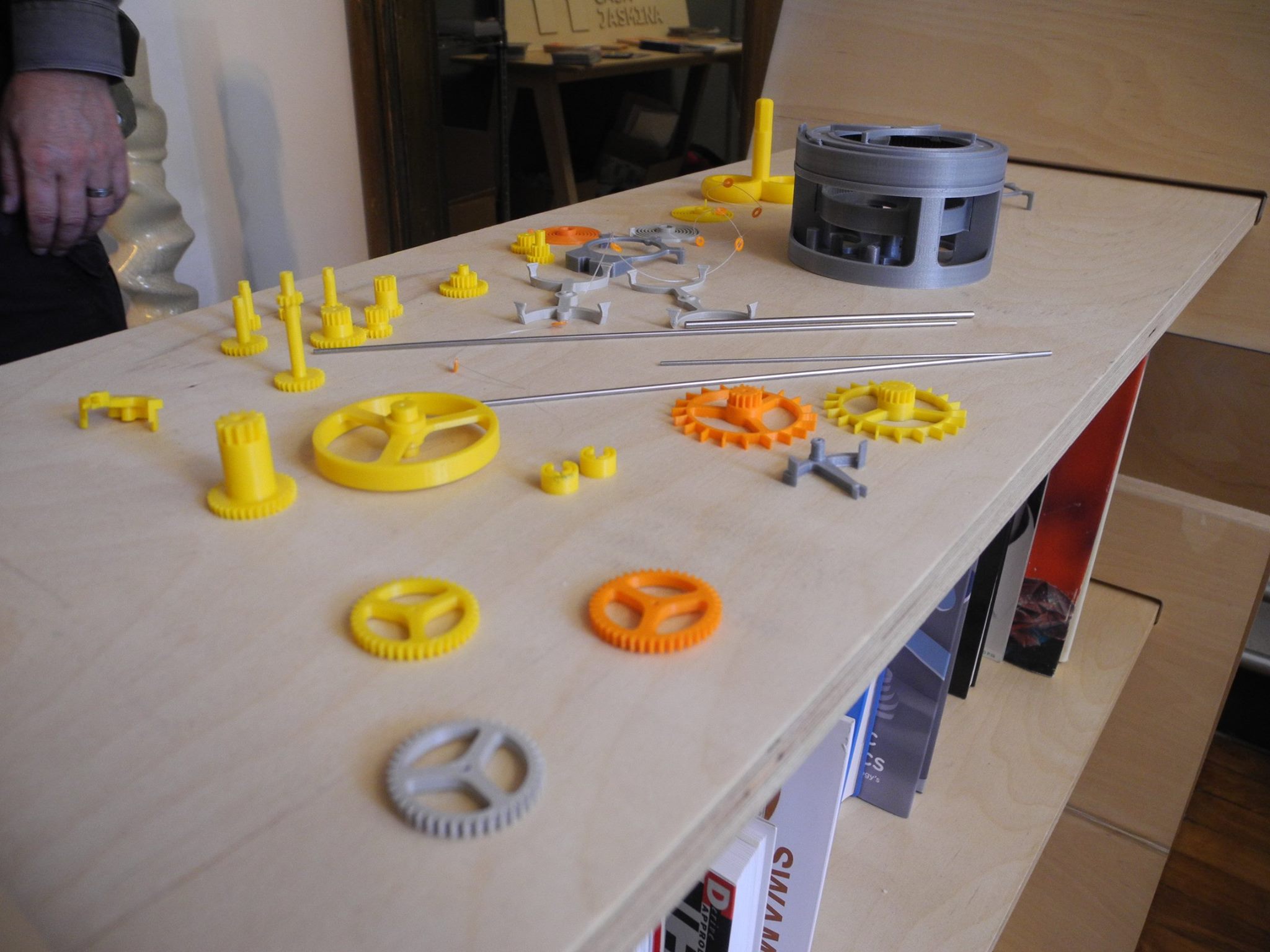 Swiss watchmaker Christoph Laimer took his venerable expertise and artistry to the world of open-source hardware and 3D printing.

3DPrinted Tourbillon Watch was the winner of the Share Prize. The timepiece is a fully functional Swiss clock that has been entirely printed from plastic, apart from a few screws and pins.

The entire 3d-model is published and downloadable on Thingiverse. 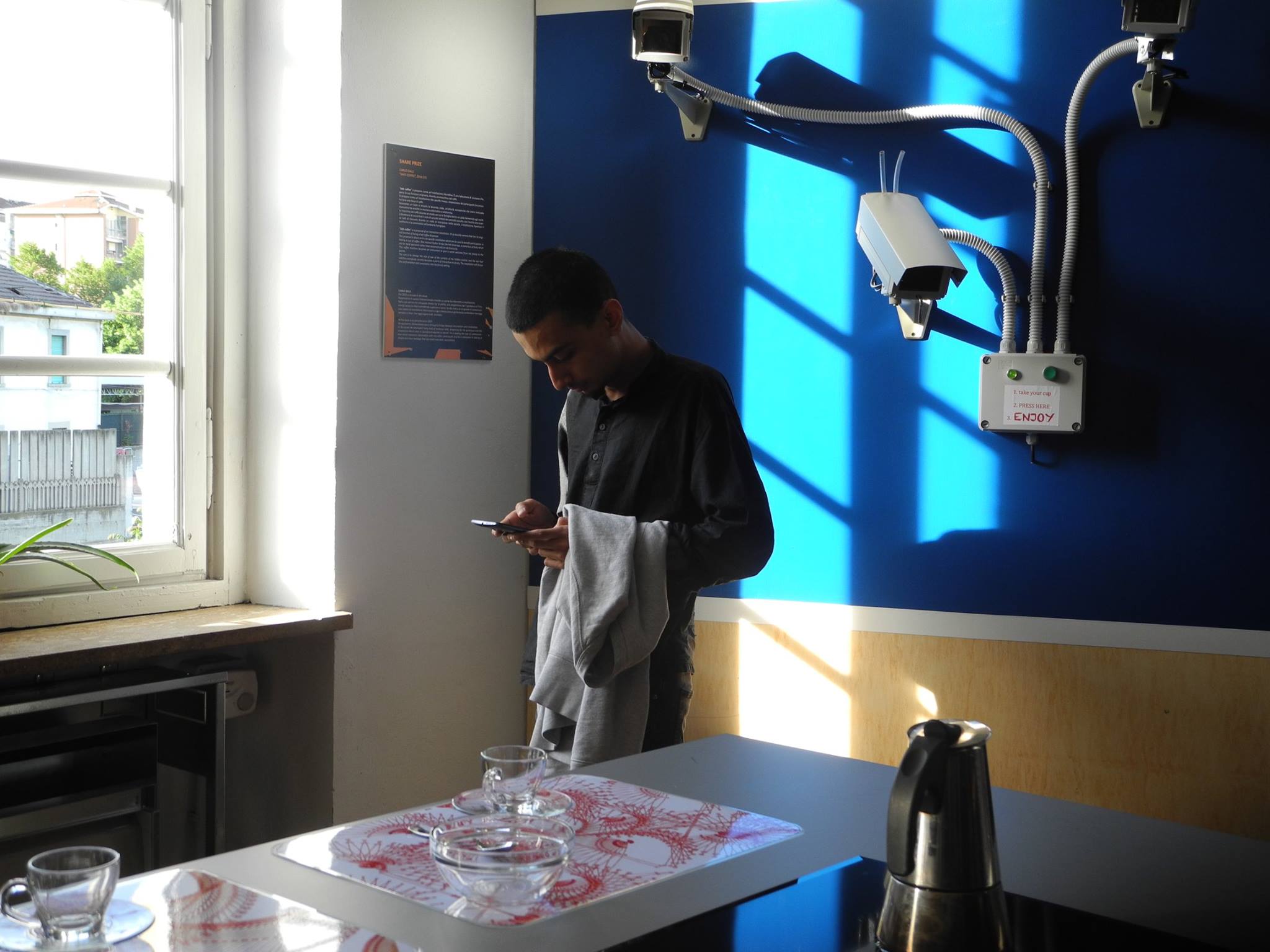 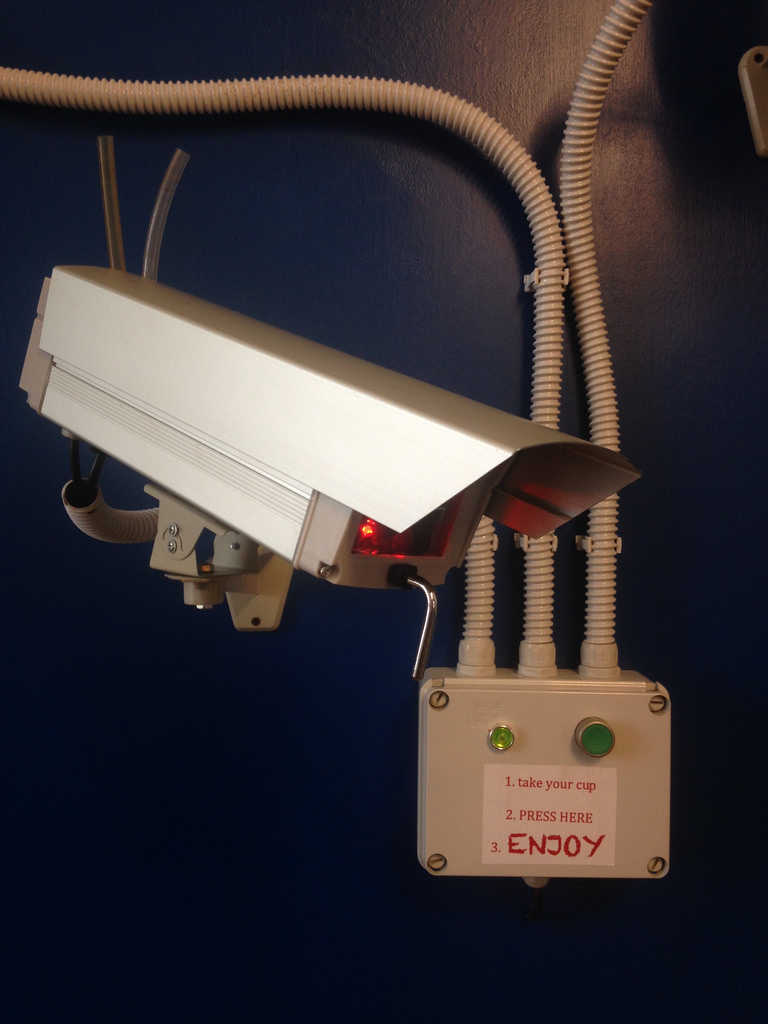 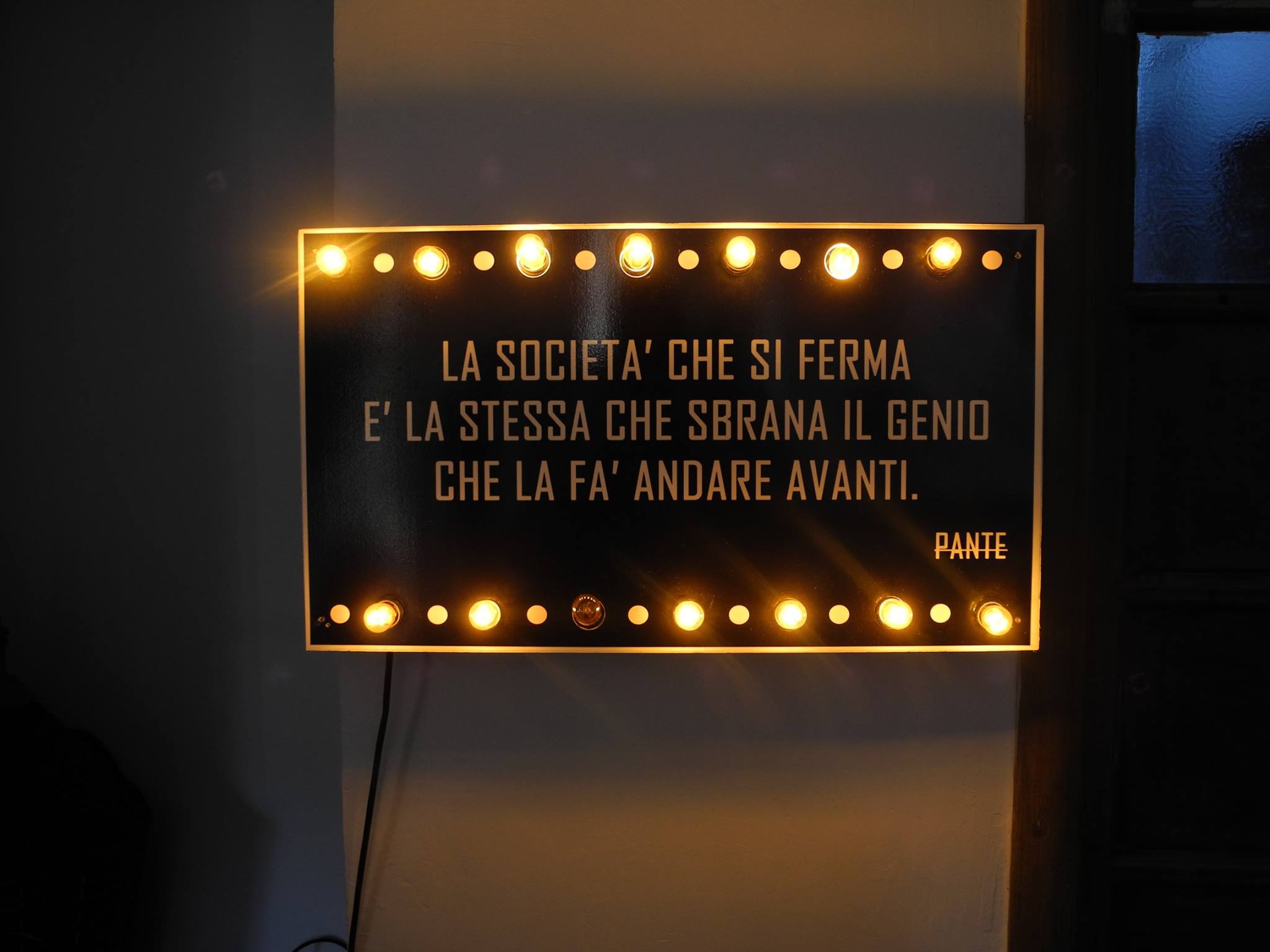 * (you know the kind, they are either a bit geeky and ask about programming language and electronics toolkit or they are art bores like me who try to hide their enthusiasm and complain about the lack of art commitment.)