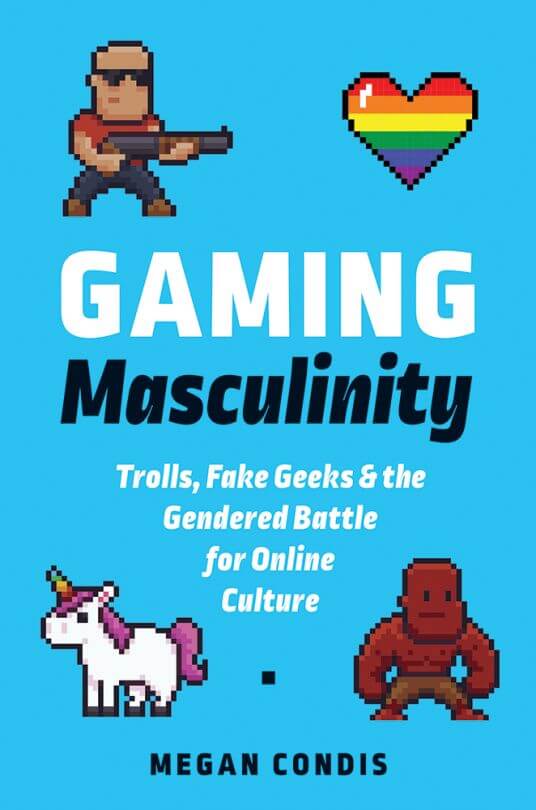 Publisher University of Iowa Press writes: In 2016, a female videogame programmer and a female journalist were harassed viciously by anonymous male online users in what became known as GamerGate. Male gamers threatened to rape and kill both women, and the news soon made international headlines, exposing the level of abuse that many women and minorities face when participating in the predominantly male online culture.

Gaming Masculinity explains how the term “gamer” has been constructed in the popular imagination by a core group of male online users in an attempt to shore up an embattled form of geeky masculinity. This latest form of toxicity comes at a moment of upheaval in gaming culture, as women, people of color, and LGBTQ individuals demand broader access and representation online. Paying close attention to the online practices of trolling and making memes, author Megan Condis demonstrates that, despite the supposedly disembodied nature of life online, performances of masculinity are still afforded privileged status in gamer culture. Even worse, she finds that these competing discourses are not just relegated to the gaming world but are creating rifts within the culture at large, as witnessed by the direct links between the GamerGate movement and the recent rise of the alt-right during the last presidential election.

Condis asks what this moment can teach us about the performative, collaborative, and sometimes combative ways that American culture enacts race, gender, and sexuality. She concludes by encouraging designers and those who work in the tech industry to think about how their work might have, purposefully or not, been developed in ways that are marked by gender.

As Condis reminds us in her book, the early adopter of internet technology had envisioned the web as an equal opportunity environment. According to them, we’d soon leave our bodies, our prejudices behind and embodiment as a marker of identity would entirely fade away.

Anita Sarkeesian was vilified when she launched a kickstarter project to shoot a series of videos criticising the portrayal of women in video game. The trolling campaign launched against her culminated in the game Beat Up Anita Sarkeesian

Alas, these utopian dreams have not yet come to pass and discrimination based on gender, sexual orientation and race is still rife in the digital landscape. This is particularly true in the virtual world of gaming. Too many gamers still believe that you can’t be a real gamer if you’re not a straight white man. Today however, more and more women are making their way into the gaming culture. The female “invasion” of the gaming space (as well as the presence of anyone deviating from the caucasian heterosexual standard) threatens their privileges and identity. Gamers retort by professing their disdain for anything considered feminine or gay. This makes for a highly toxic environment where overt sexual objectification of women is regarded as a ‘normal part of the culture’, where homophobic epithets are thrown at one another and where rape is used as a metaphor for dominance in the game.

The book Gaming Masculinity examines how gender politics are filtered through and produced by the logic of video games, in both expected and unexpected ways. It explores how gamers are trolling and segregating anyone who doesn’t conform to their idea of what a gamer should be but it also reveals how female and queer gamers are fighting back to obtain a space and a legitimacy in gaming, how they create countermemes that decry sexism in geek culture, how they hack into their favourite online role-playing games to include gay and lesbian relationships and how they turn on its head the assumption that video games can only be profitable if they appeal exclusively to straight white guys.

The discussion around gender and sexual preferences in gaming is an important one not just because gaming is a growing industry but also because the logic of gaming is seeping into other arenas: politics, online dating, education, interaction, activism, etc. In the last chapter of her book, Condis draws parallels between the toxic masculinity of gamer culture and the politics of the alt-right. She explains how #GamerGate taught the Trump, the Milo Yiannopoulos, the populists and the far-right advocates of this world how to troll, hack the political game and muddy the waters when mainstream media accused them of racism and sexism.

The book is also a call to developers to design more inclusive contents and safer environments for women, queer, people of colour, disabled people or other unacknowledged groups. 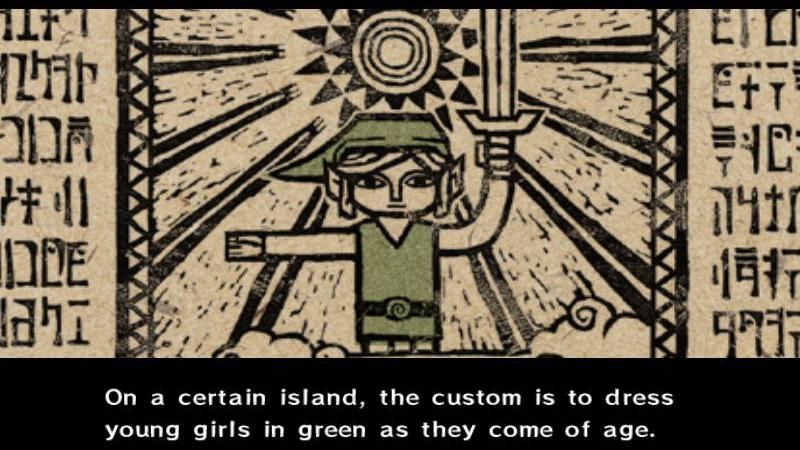 To show his young daughter that girls can be the hero too, Mike Hoye hacked into The Legend of Zelda: Wind Waker and changed its main character from male to female

I’m not a gamer and, like most of you, i know male gamers who are neither sexist nor homophobic. Yet, i found this book fascinating because of the way it transcends gaming and virtual world and shows us the impact that online behaviour can have on ‘real’ life (and vice-versa, of course.)

Gaming Masculinity is a very dense book. It is packed with case studies, observations and reflections but it also suggests paths to undertake if we want improve gaming culture. It’s also very entertaining. I highly recommend you get your hands on a copy!

Image on the homepage via Kotaku.