DADABOT. An Introduction to Machinic Creolization, by Nicolas Nova and Joël Vacheron. Published by IDPure and designed by Raphaël Verona.

Joël Vacheron is a writer, a cultural theorist and a lecturer in visual communication at ECAL in Lausanne. Nicolas Nova is a futures researcher, an ethnographer of digital practices, a teacher at HEAD in Geneva, and one of the founders of the Near Future Laboratory. They’ve teamed up to write a book about the role of algorithms in cultural production, and the hybridization of cultural forms produced by digital technologies. 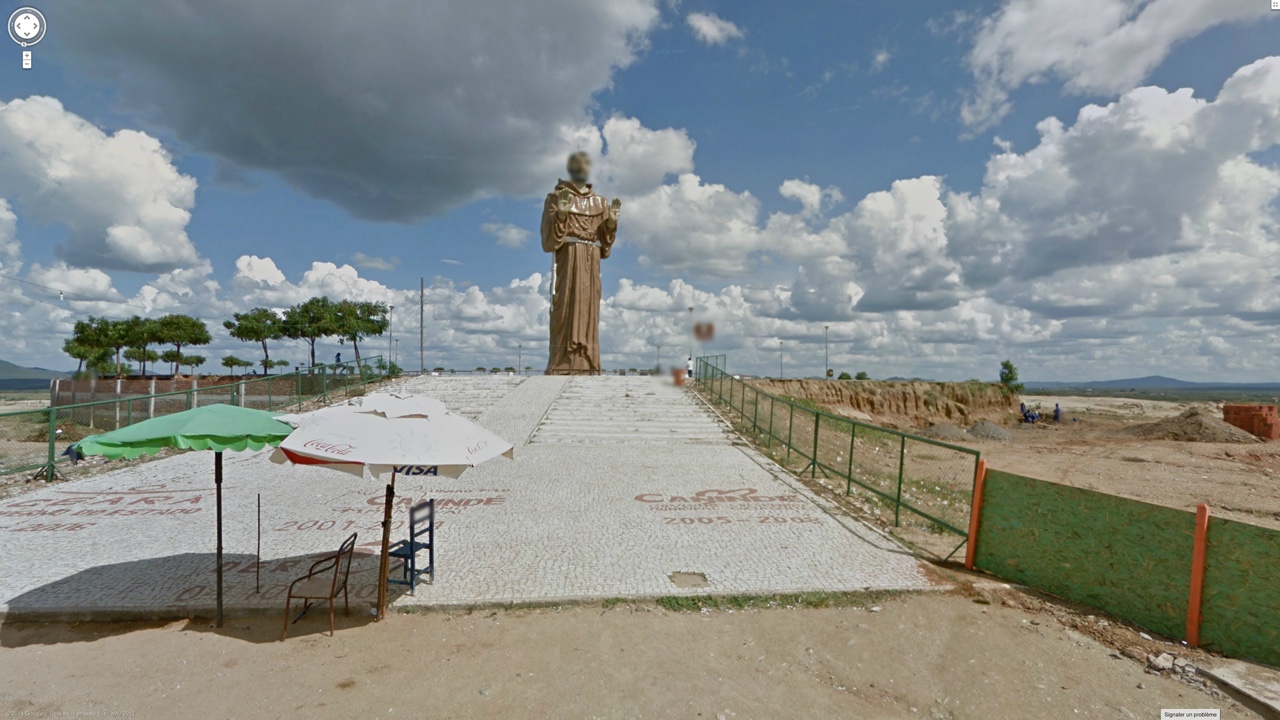 There was a time when we could fool ourselves and think that robots would only steal the jobs of people working in assembly lines. Now the robots, the bots, the algorithms are writing sport reports, trading on financial markets or bidding for us on eBay. They are faster than us and, crucially, they are getting better and better at passing for humans.

Over the past few years, software/bots have also started getting creative. They are now writing comics, composing music, taking photos and publishing their own books. They glitch, transform or sample data and metadata, they automate creative processes and eventually contribute to the emergence of new cultural forms. Vacheron and Nova call this phenomenon ‘creolization.’ Creolization is a term used by linguists and anthropologists to indicate the process of assimilation in which neighbouring or colonizing/colonized cultures borrow certain features from the other and end up forming a new distinct culture. An important feature of creolization leads to the creation of original forms and new cultures, it is thus not just about assimilating or mixing cultures.

Twitterbots that collect bits of sentences and images and then spit them up as absurd new genres of literature, books compiled from accumulated Youtube comments and then sold on Amazon, photo series that expand the means of production of photo works, etc. The examples of the creolization in the digital sphere are endless, fascinating, often funny and sometimes downright moving and poetical.

Call this phenomenon creolization or call it any way you want, what remains is that DADABOT. An Introduction to Machinic Creolization is a unique, impeccably researched, witty and exciting book that illustrates and even plays with these new algorithmic cultures while pointing to a number of thought-provoking issues about authorship and aesthetics.

But perhaps the most invigorating aspect of the book is the way it demonstrates that designers, artists and developers are not afraid of the growing place that bots are taking into their own disciplines. Instead, they embrace it. For many of them, it’s about the thrill of creating original forms of cultures in collaboration with machines but it is also about exploring new working patterns and logic, questioning the notion of authorship, probing the aesthetic of the works, redefining the role of the machine as well as the one of the artist/designer.

The theme of the book is reflected in the format of the Dadabot book. It mixes interviews with artists and creative coders, lexicon, academic essays, glitched photos, experiments with mechanical turks, etc. The result is a kind of irreverent collage that you can read from page 1 till the end as you would read any other book or that you can browse randomly according to your own mood of the moment.

I’ll close this quick review with a list of a couple of the MANY projects i discovered in the book: 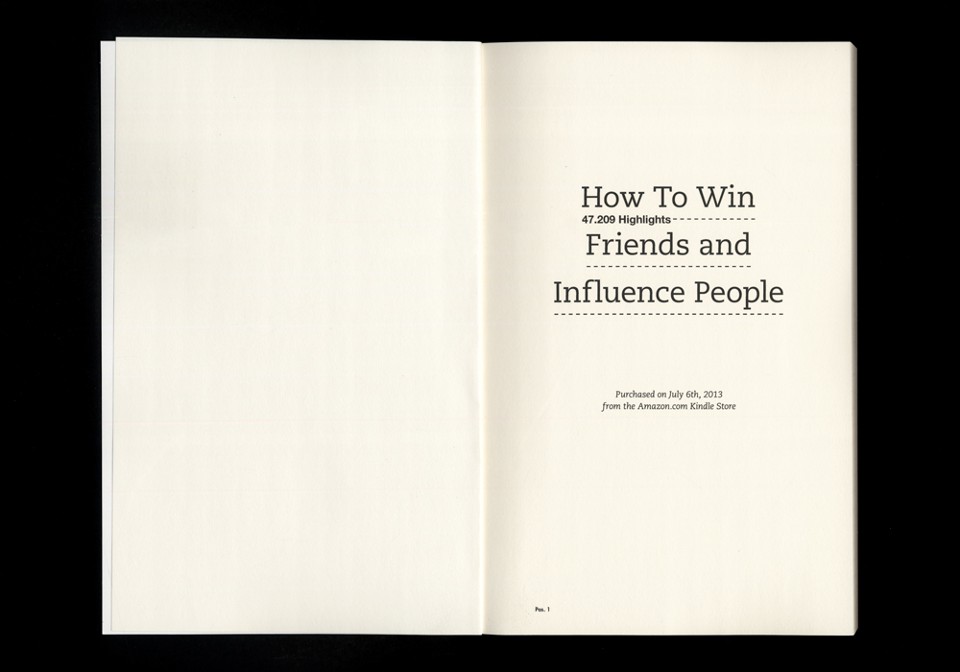 Networked Optimization is a series of three crowdsourced versions of popular self-help books. The full text is set in white on a white background. The only sentences that remain readable consists of the “popular highlights” – the passages that were underlined by many Kindle users. Each time a passage is underlined, it is automatically stored in Amazon’s data centers. Harvesting its customers micro-labour, the act of reading becomes a data-mining process. 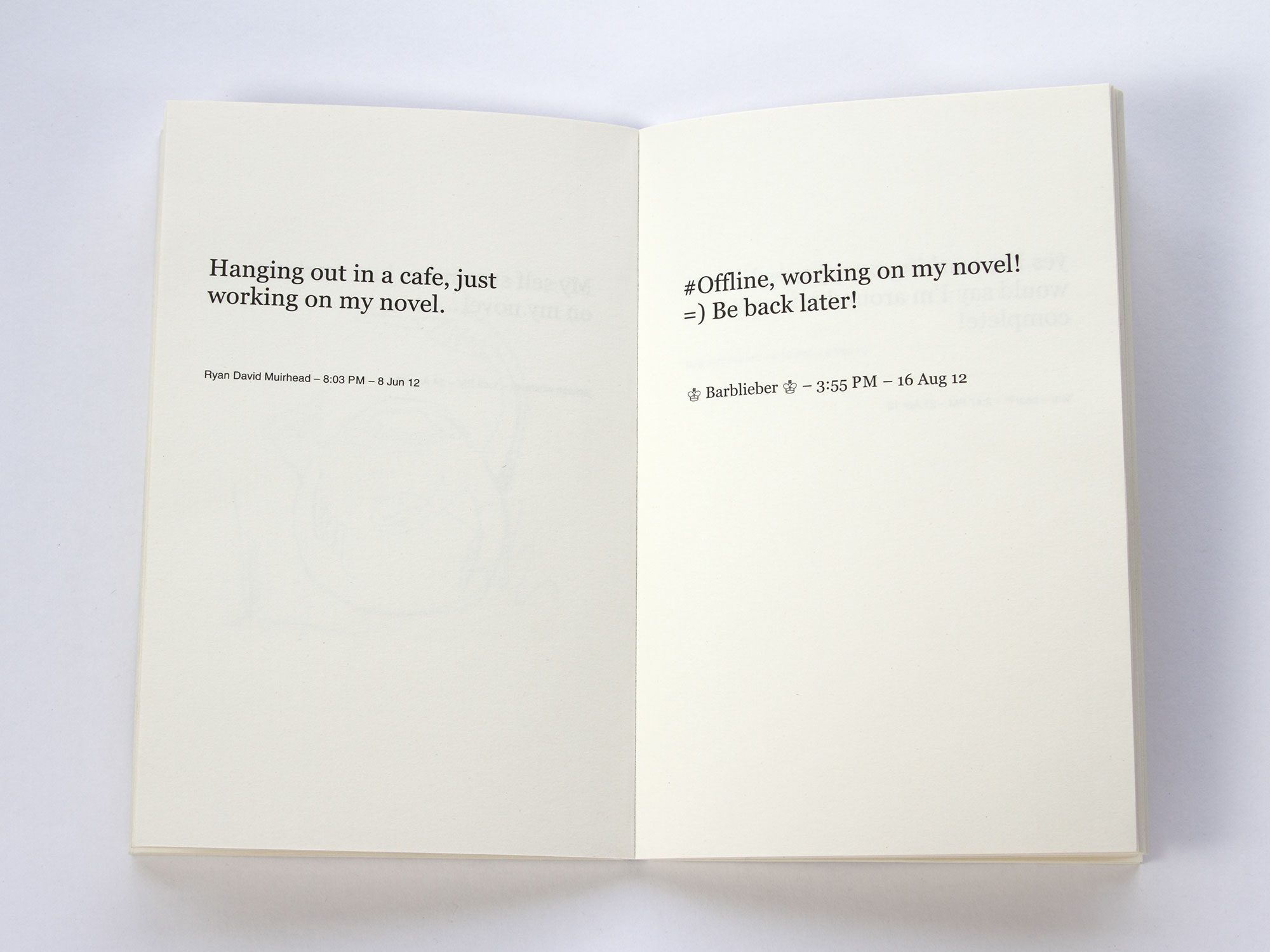 Working On My Novel is a book based on a twitter feed that re-tweets the best posts featuring the phrase “working on my novel.” 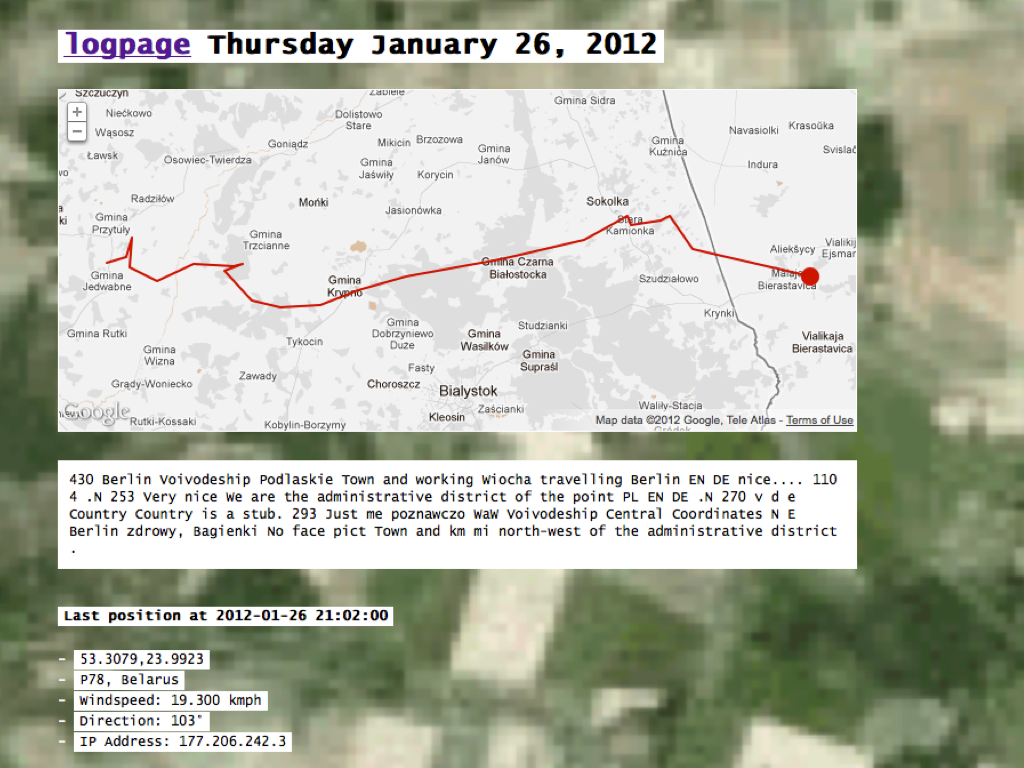 A Ship Adrift takes the data from a weather station and applies it to an imaginary airship piloted by an AI autopilot. The movement of the boat follows the speed, direction and force of winds detected by sensors situated in the boat that stands on the roof of the Southbank Centre in London. A program tracking geolocated content such as Tweets, Wikipedia entries, or ads posted online are linked to places and events situated in the vicinity of the virtual position of the boat. 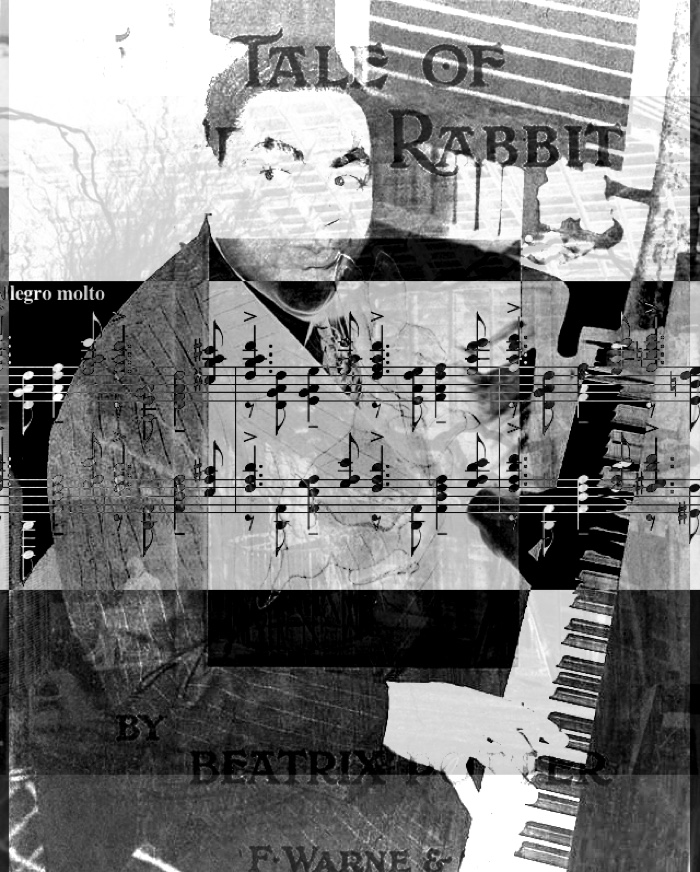 The Death of the Authors is a series of generative narratives based on work by authors who have just entered the public domain. 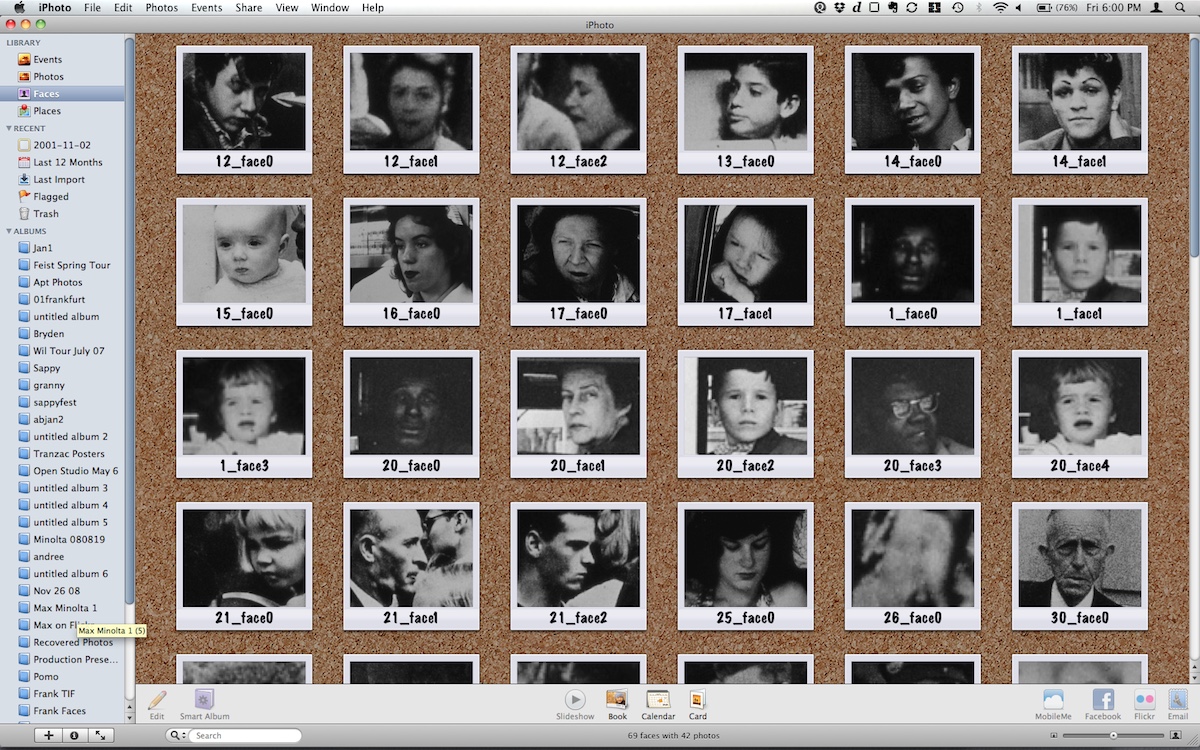 Dafydd Hughes, Every Face in the Americans, 2010. Photo Creative Applications

Every Face in the Americans extracts the faces of the people appearing in Robert Frank’s famous photo series The Americans. The artist used iPhoto’s facial recognition system which incidentally resulted in the disappearance of several of the portraits. 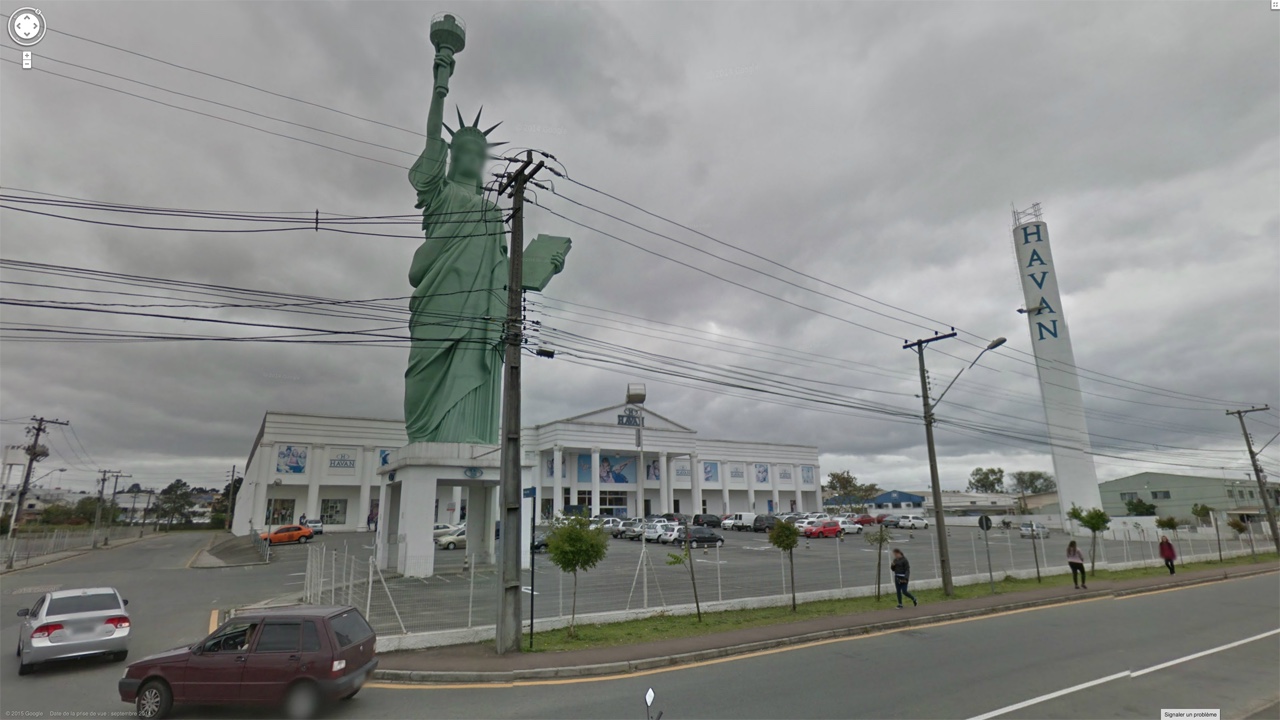 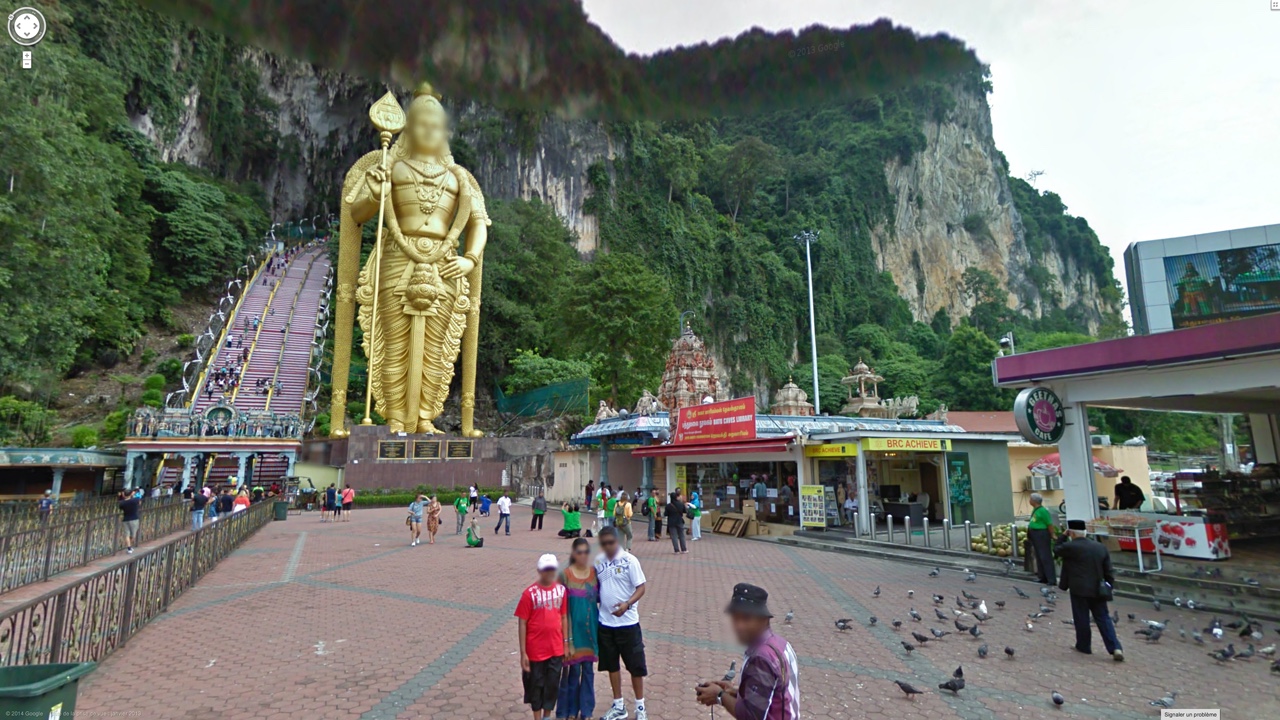 Scouring through Google Street View, Marion Balac realized that the algorithms of the mapping service had anthropomorphized and accidentally blurred out the face of the statues of deities that its car had encountered along the road.

“The Google robot makes no distinction between a human face and its reproduction, but it still gives us the feeling that it recognizes us,” Balac told The Creators Project. “It treats every human face it encounters as data, without exceptions, neglecting religious or scale principles.” 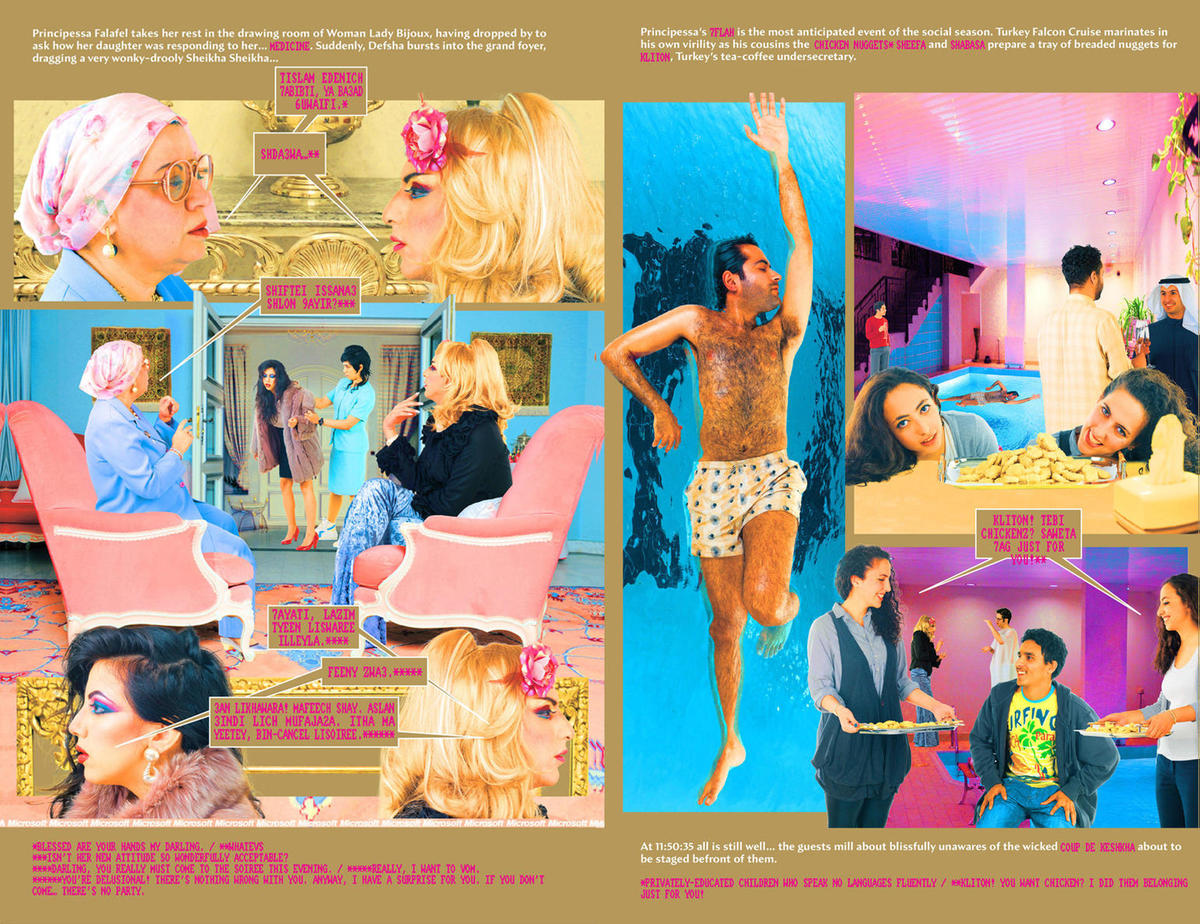 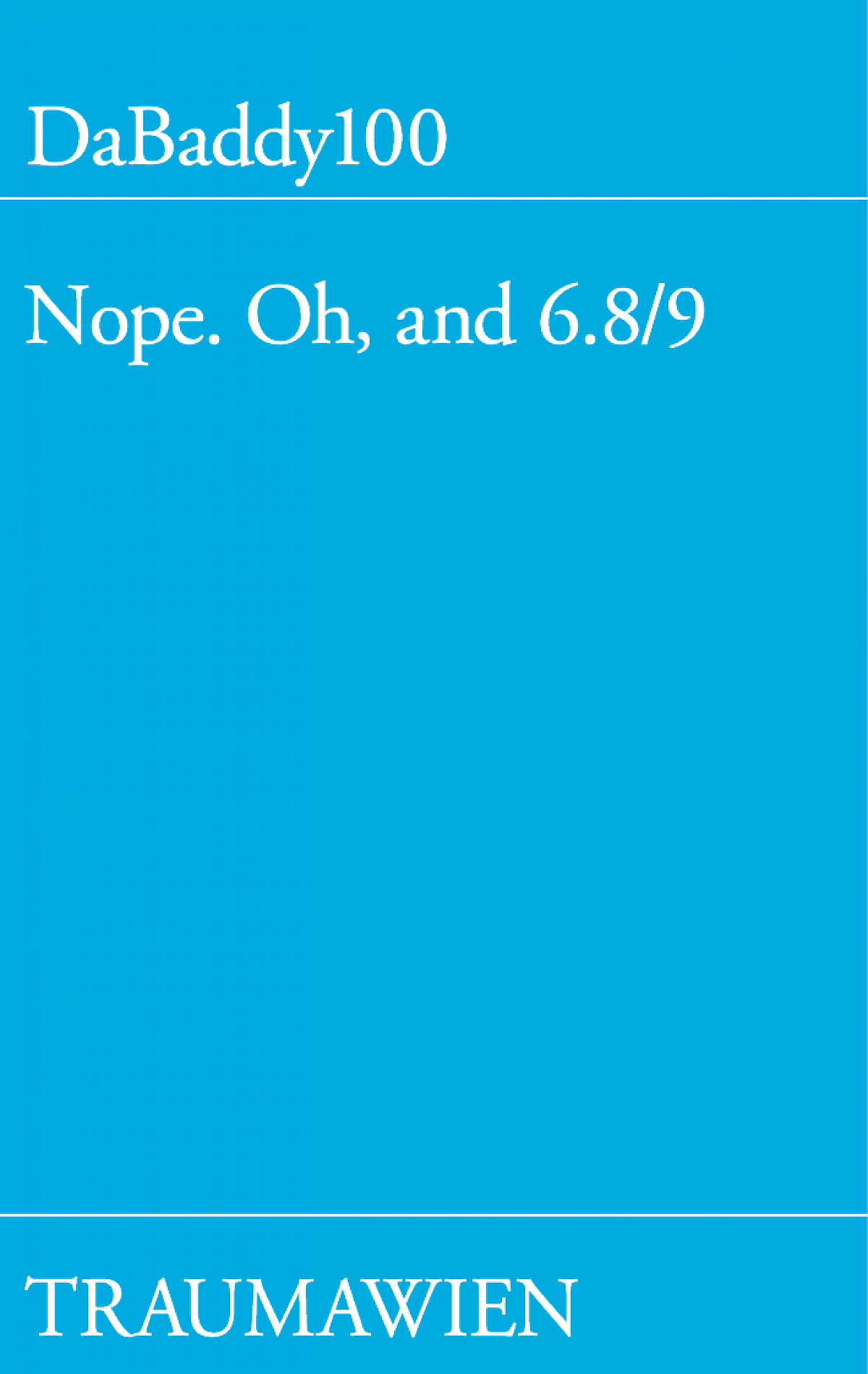 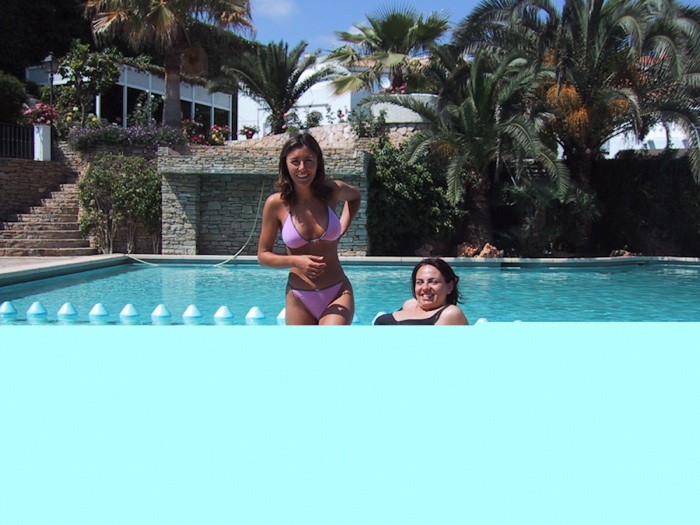 Diego Collado hunted for used digital memory cards of phones and cameras. Then, with the help of a Data Recovery software, the artist started to recompose what could be rescued from the images erased. The digital traces of personal moments from the past are thus reinterpreted by the software. 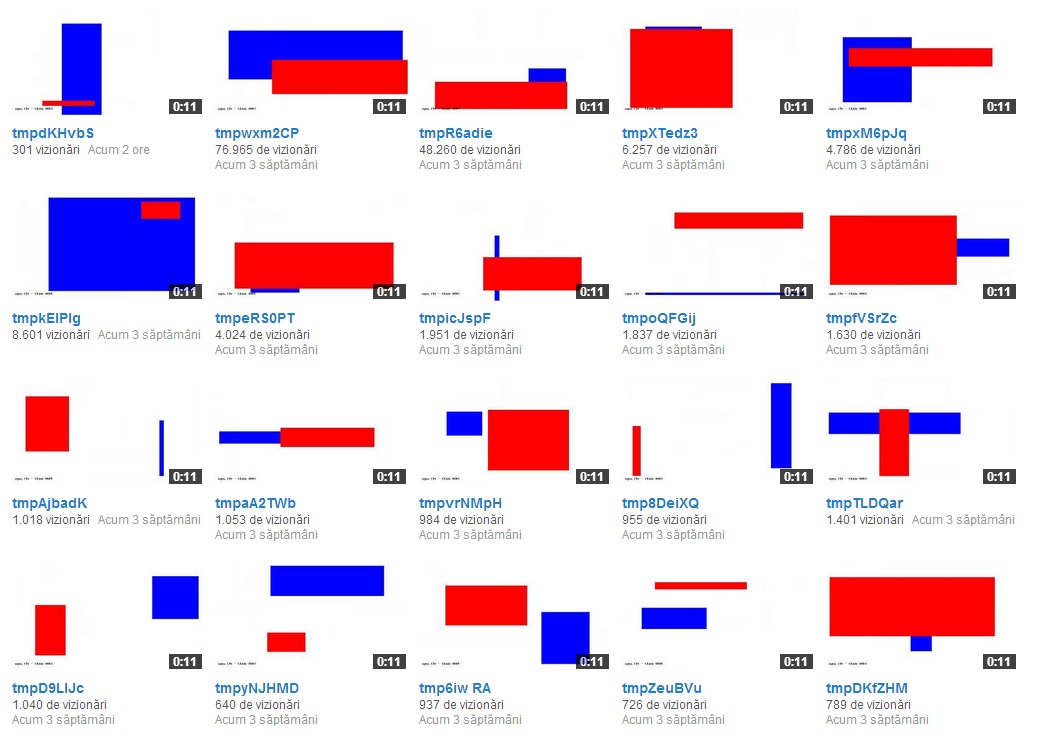 Webdriver Torso is a YouTube account that posts mostly 11-second videos consisting of blue and red rectangles that change position, accompanied by a series of beeps which change in pitch. After much speculation, it was revealed that the channel was created by YouTube as an internal testing utility for the platform performance. 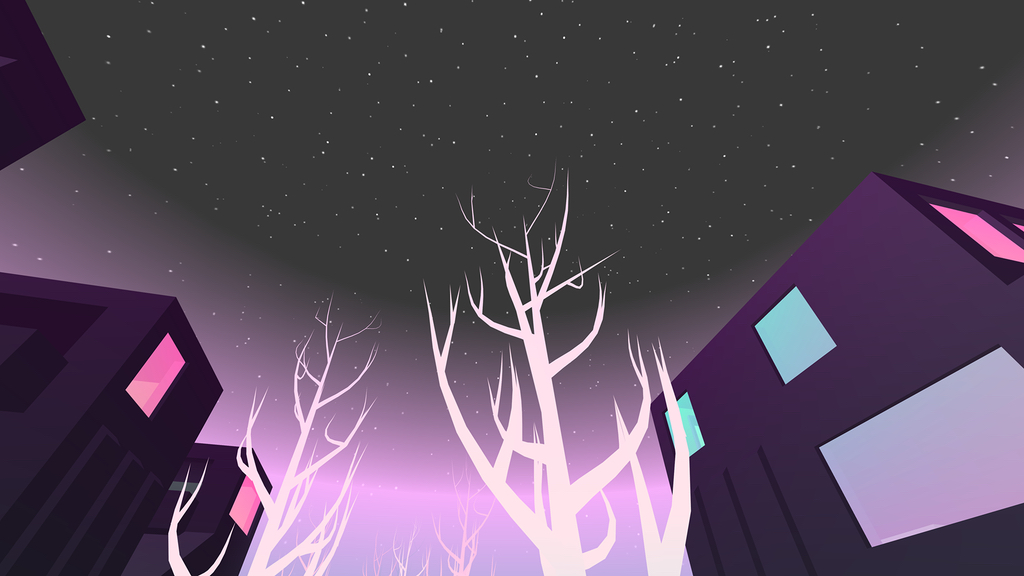 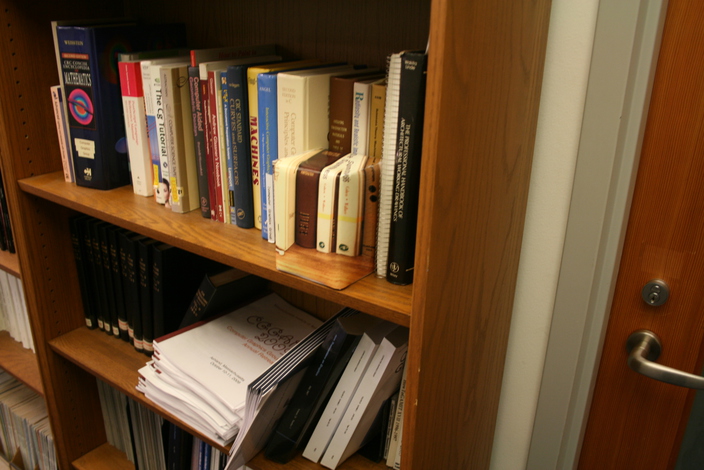 Andrew Owens et al., Camouflaging an Object from Many Viewpoints, 2014

A team from MIT created a computer-generated camouflage algorithms that pull in environmental data via photographs and construct an image that blends any unsightly object with its surrounding. 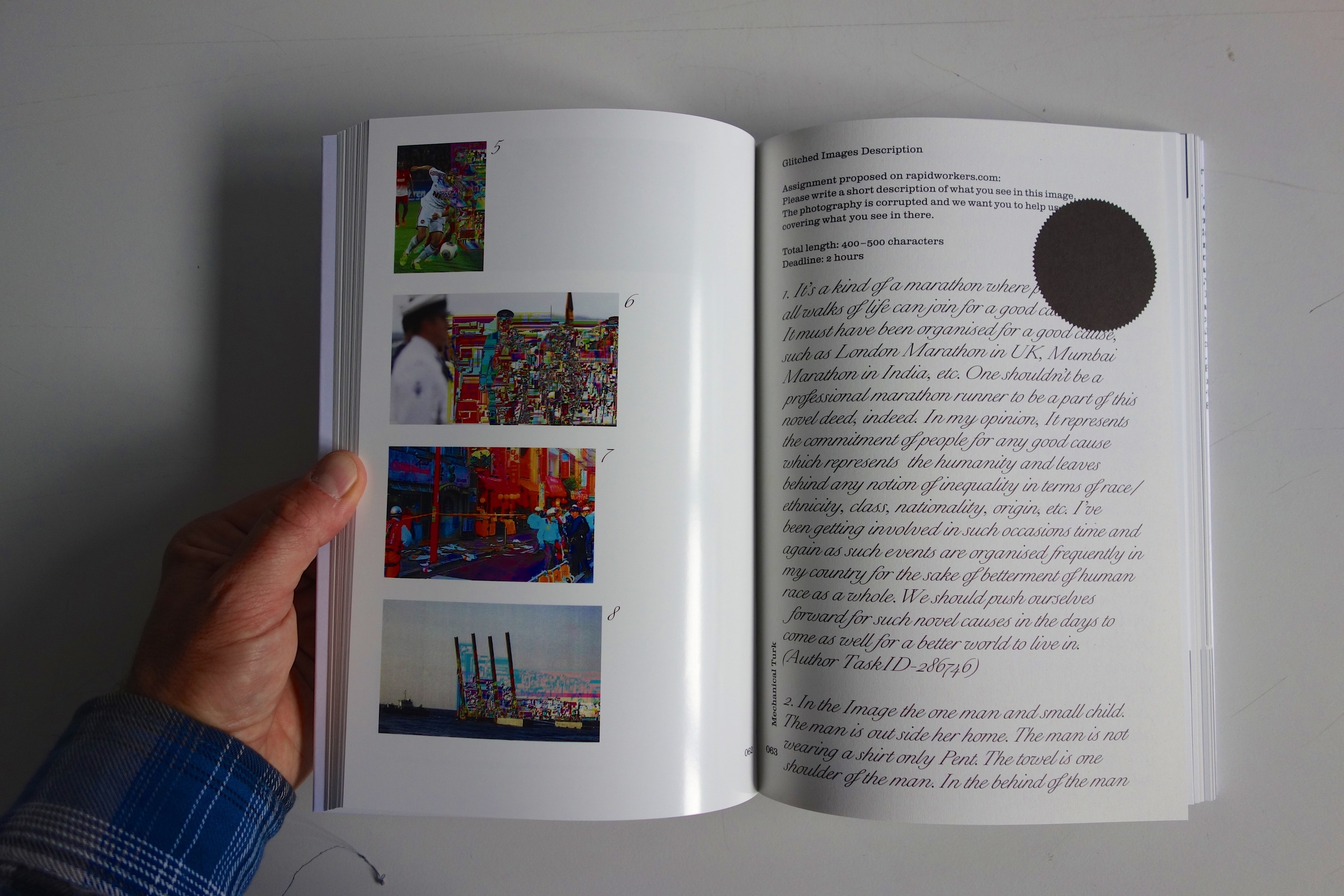 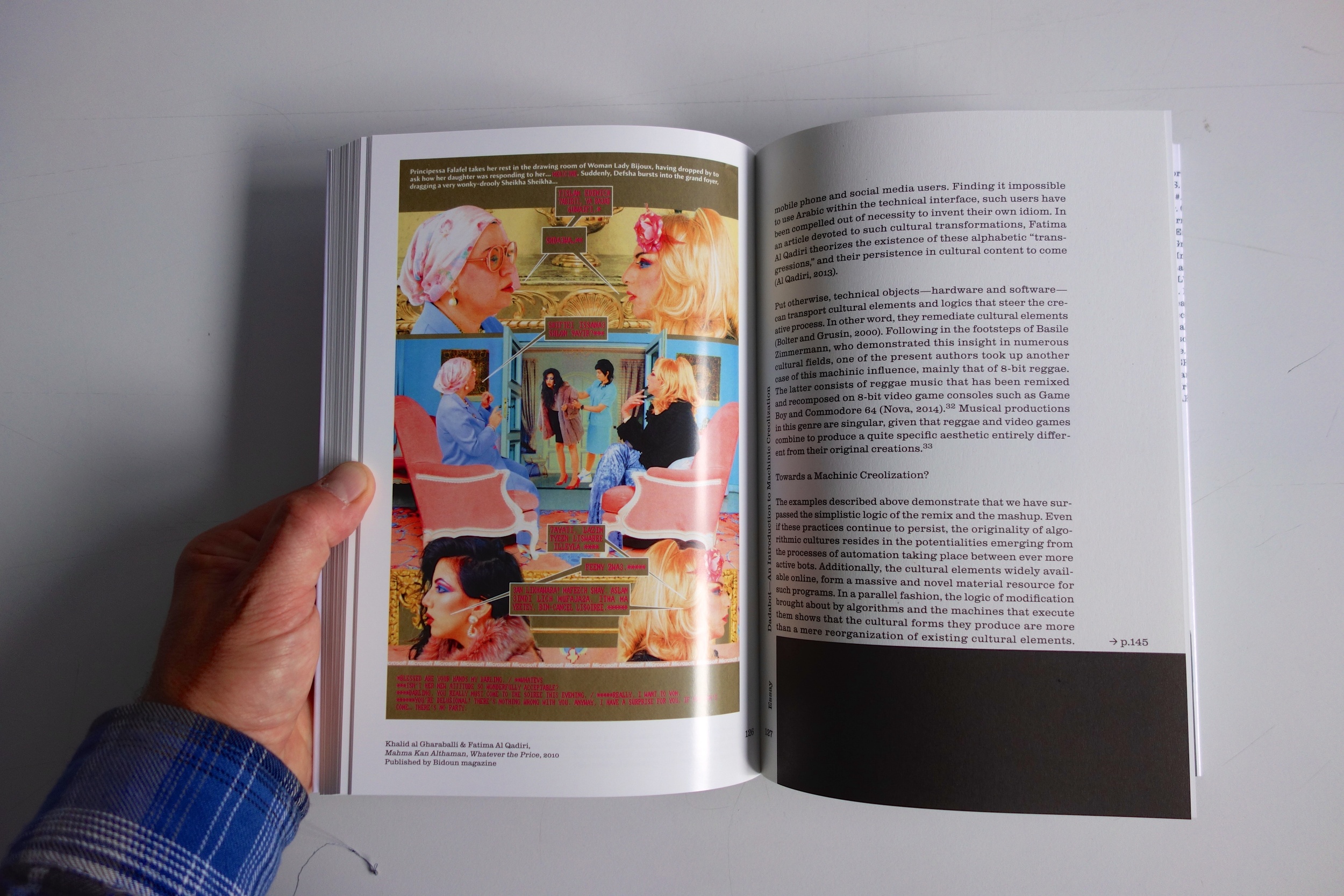