Mishka Henner has a solo show at the Carroll/Fletcher gallery right now. How come i never paid more attention to his work so far? Just like Edward Burtynsky, he looks at how industries shape landscapes. Like Trevor Paglen and Omer Fast, he is interested in (overt and covert) sites that the U.S. military deploys outside of its own borders. Just like Michael Wolf and Jon Rafman, he is a photographer using google mapping instruments instead of a camera. Yet, comparing his work to the one of some of the artists i admire the most is pointless. Henner is his own man slash artist. He uses contemporary technology to give a new twist on artistic appropriation and redefines the role of the photographer, the meaning of the photography medium and the representation of the landscape. Without ever using a photo camera.

The Black Diamond exhibition brings together four series of work, based on the collection and mediation of publicly available information sourced through the internet. Henner explains: ‘I’m exploiting loopholes in the vast archives of data, imagery and information that are now accessible to us, connecting the dots to reveal things that surround us but which we rarely see or don’t want to see.’ 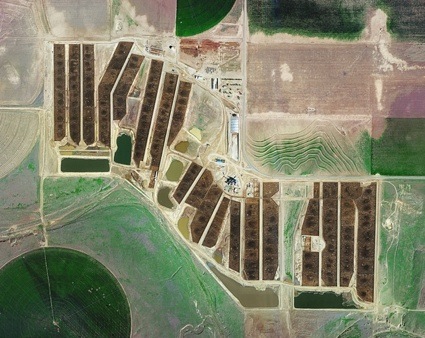 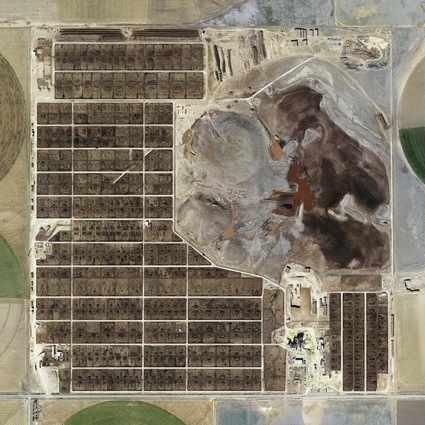 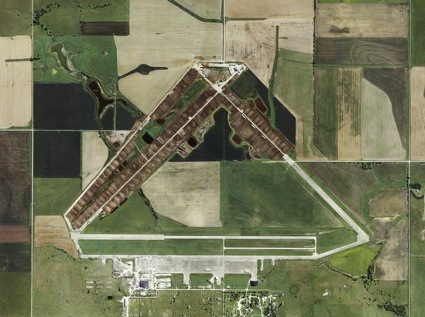 Feedlots are cattle-feeding operations used in factory farming to ‘finish off’ livestock. Almost all the beef consumed in the United States will have been finished on a feedlot where up to 100,000 steers at a time spend the last months of their lives gaining up to 4 pounds a day on a diet of corn, protein supplements, and antibiotics. Everything on these farms is calculated to maximise meat yield; from the mixture in cattle’s feed to the size of run-off channels carrying the animal’s waste into giant toxic lagoons. 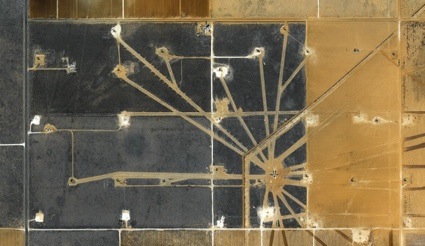 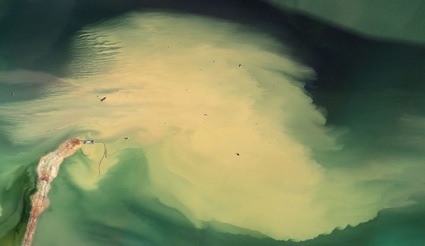 In certain parts of the USA, natural features have long been supplanted by man-made marks and structures reflecting the complex infrastructural logic of oil exploration, extraction and distribution. The result is stunning. The prints look fake, painted over and heavily retouched. The exhibition essay compares the images to the work of abstract expressionists. 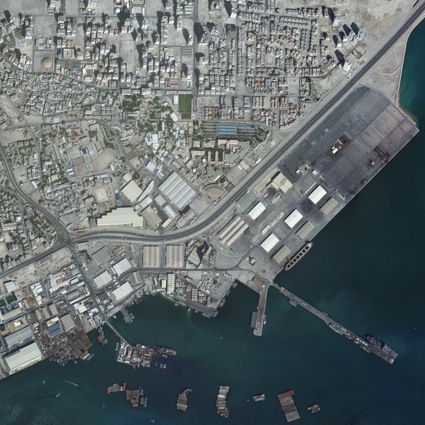 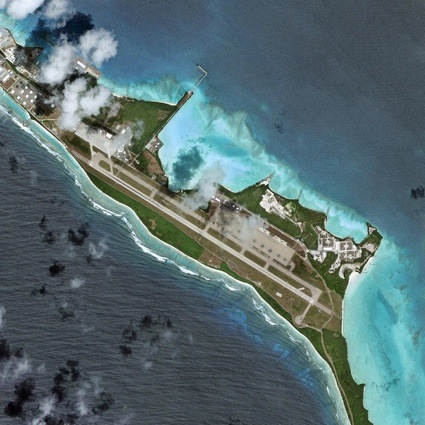 Fifty-One US Military Outposts presents overt and covert military outposts used by the United States in 51 countries across the world. Once again, the sites were gathered and located using data which exists in the public domain, including official US military and veterans’ websites, news articles, and both leaked and official government documents and reports.

“The internet is full of loopholes and leaks,” the artist said. “I remember one day Hilary Clinton had categorically stated: ‘we have no US military presence in Honduras.’ However, the next day I was on Panoramio and was looking around pictures from Honduras – sure enough there was a photograph of a native Honduran worker with his arm around a sergeant major from the US cavalry regiment. The Honduran had even written to all his mates talking about how happy was to have got a job on this US military base. So the internet is full of these really simple leaks that completely contradict statements made by very powerful organisations.”

The prints are displayed on plinths filling the rear gallery space, allowing visitors to walk around and watch the images from above, as if we were satellites. Or drones. 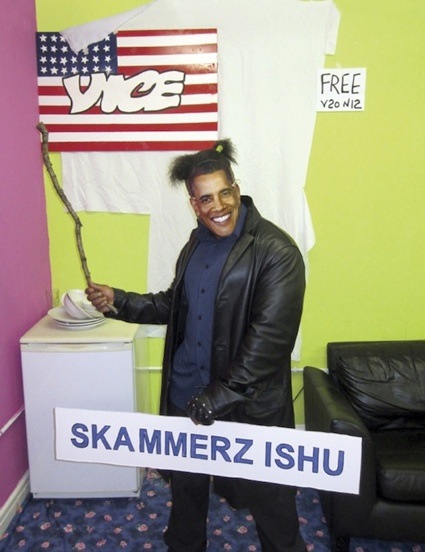 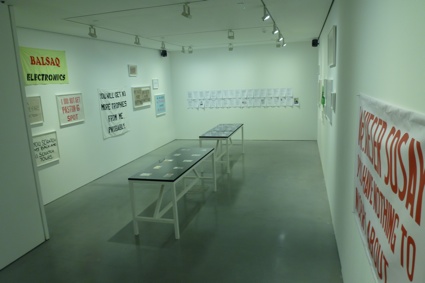 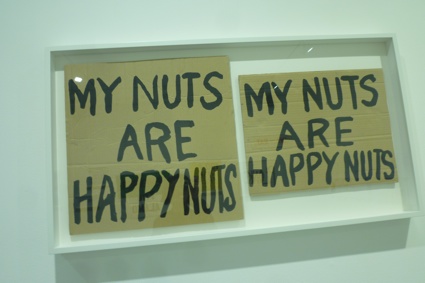 The walls of the space downstairs are covered with Henner’s ongoing Scam Baiters series. Scam baiters are internet vigilantes who pose as a potential victims in order to waste scammer’s time and potentially expose their identity,. They respond to their email, pretend to go along with the scammer’s demands in exchange for time-consuming requests supposed to ensure that the money transaction will be successful. Henner is showing cardboard signs that various scammers were asked to make as a result of email conversations, negotiation of fraudulent documents and bogus websites. One case involved an almost four-month long correspondence between Henner’s associate, ‘Condo Rice’ and a trio of scammers spread across Libya and the United Arab Emirates. In one of his final message, the scam baiter asks the scammer for proof of identity. He asks for a photo containing a U.S. flag held on a stick, a sign with SKAMMERZ ISHU, and ‘to be absolutely certain this is a genuine photograph”, the scammer has to wear an Obama mask.

Henner is currently shortlisted for Consumption, the Fifth Prix Pictet Award. The exhibition of finalists will be on display at the Victoria and Albert Museum, London in May 2014, where Henner will show a selection of works from his “Oil Fields” and “Feedlots” series.

Black Diamond is at Carroll/Fletcher in London until 31 May 2014.