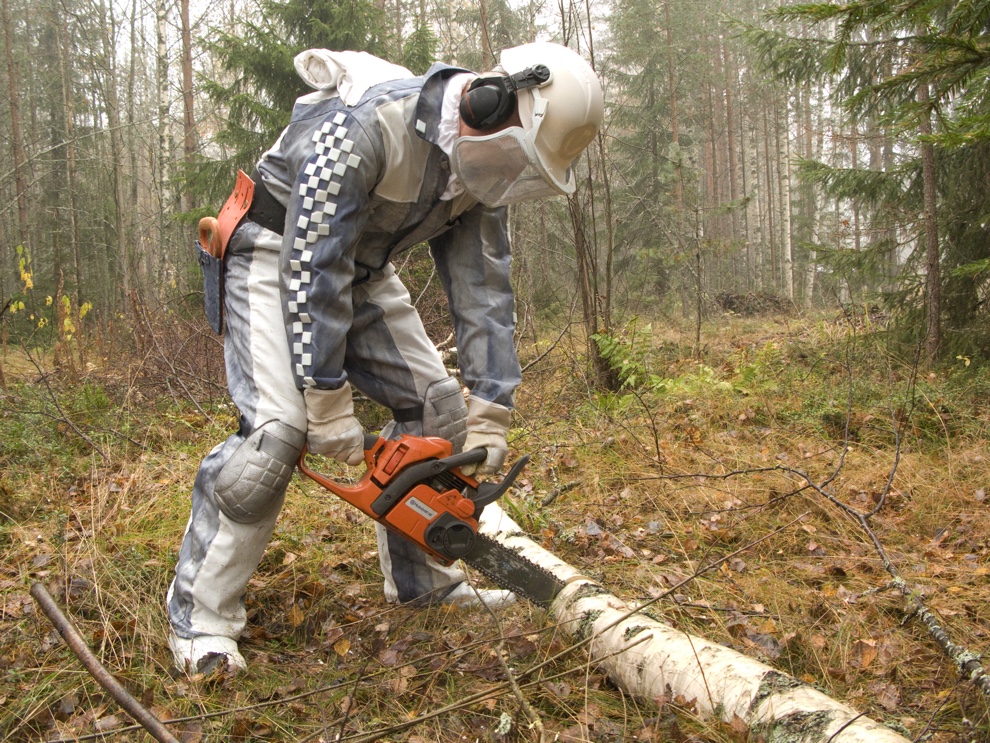 Albedo is the measure of the “whiteness” of a surface and its ability to reflect the sunlight. When applied to the Earth, the albedo effect is a measure of how much of the Sun’s energy can be reflected back into space. Sophisticated, large-scale goeengineering research projects are looking into ways to efficiently do that and thus manipulate climate and put the brake on global warming. 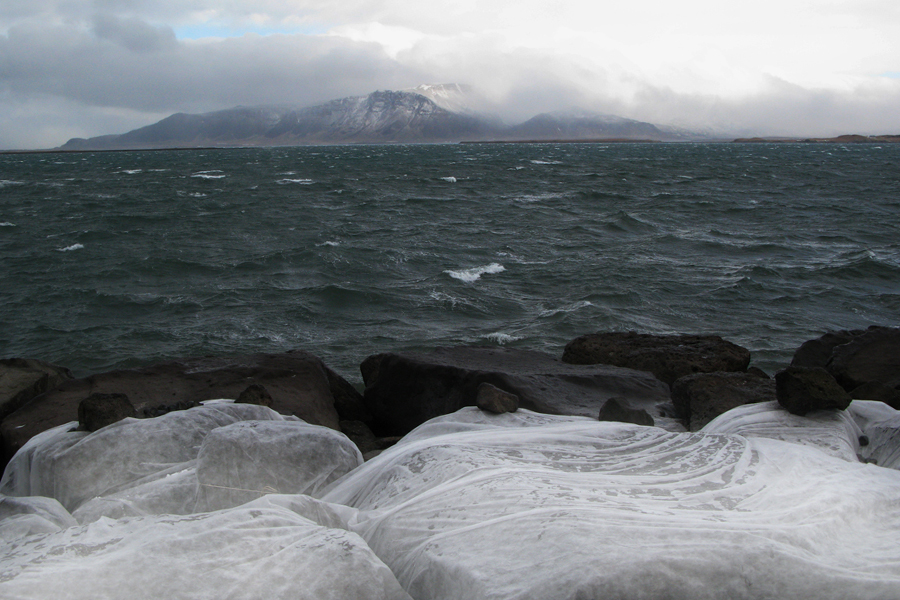 Since 2012, artist Mari Keski-Korsu has been looking into the DIY strategies that citizens could deploy in order to manipulate climate. She discovered a research paper from engineers at Concordia University who estimated that if cities all over the world increased their surface albedos by adopting white rooftops and light-colored pavements, the global cooling effect generated would be the equivalent of reducing CO2 emissions by 25–150 billion tonnes.

What if citizens joined forces and geoengineered climate on a small scale, both in forests and urban areas? Could they have an impact on the climate without ever needing to resort to costly innovations? Just by using kites, suits for men and semi-domestic forest animals, car covers and other low/no tech guerrilla interventions? 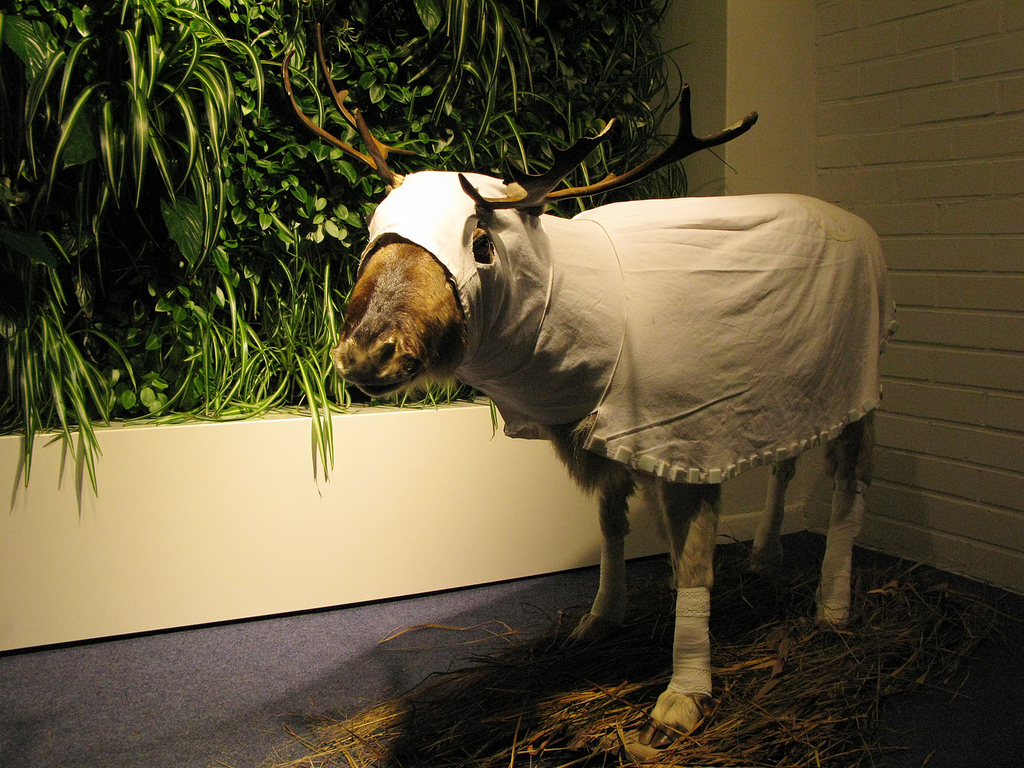 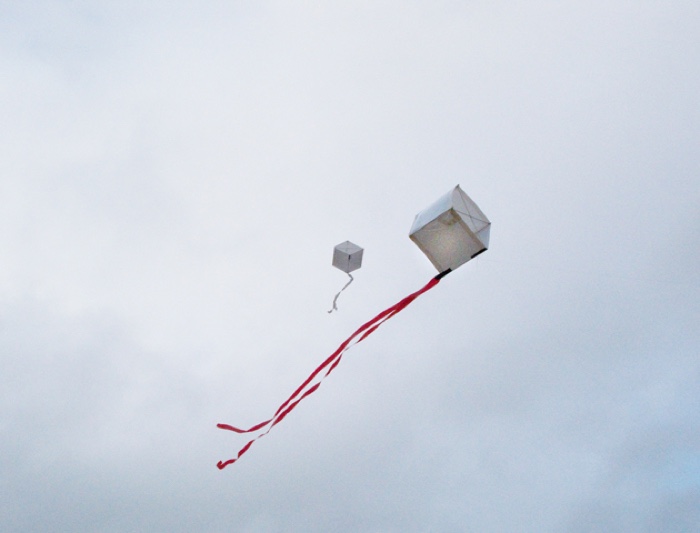 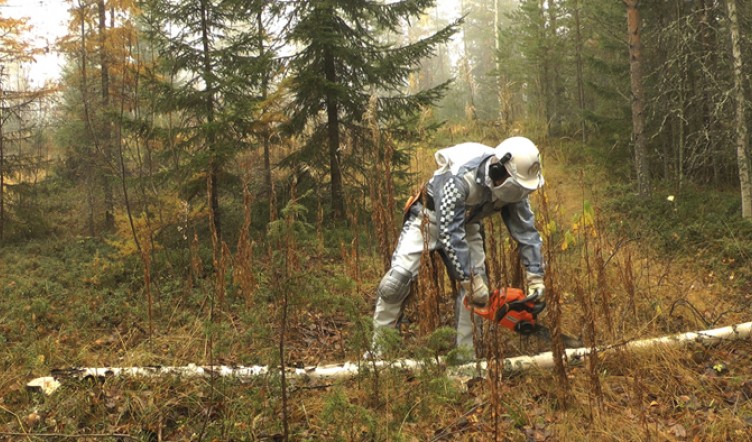 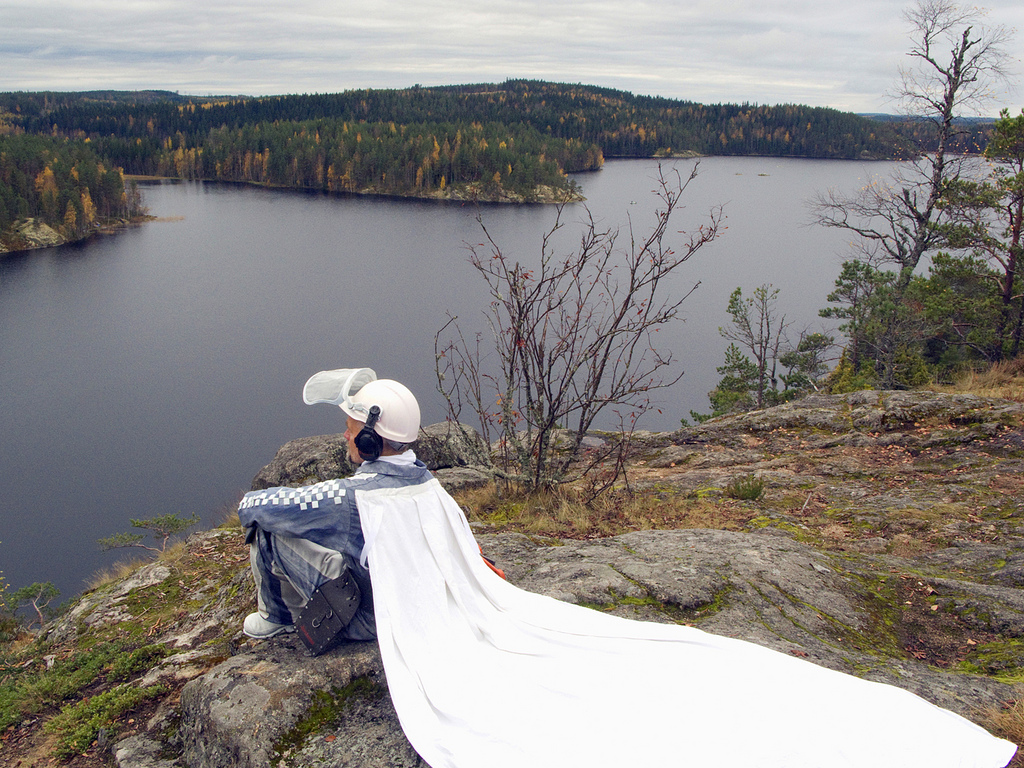 Keski-Korsu was showing one of her DIY strategies in climate change at the HYBRID MATTERs exhibition which closed a few days ago at Forum Box in Helsinki. This one was a video work showing a suit prototype for forest loggers (i could not embed the video but you can watch it here.) The albedo suit is designed to increase the sunlight reflectivity and thus the albedo value of the forests, cooling the climate in the process while allowing the logger to work as usual. The suit even features a stunning white cape that can be spread out during work breaks and rolled up on the back afterwards.

Of course covering the surface of the Earth in whiteness is all a bit absurd (even though i’m sure Trump would think that a whiter world is the way to go) but that’s why the project echoes with so much sharpness and irony the current research in climate manipulation. Ongoing geoengineering projects often display the typical human hubris that assumes that the best way to save the world is by deploying more technology, more innovation, more energy-devouring ‘solutions.’ And not by taking the problem at its roots: by reflecting on our unruly use and abuse of the planet, by trying to show more respect to all the living entities that populate it.

Albedo Dreams started as a collaboration, organised with the help of Bioart Society and HENVI – Helsinki University Centre for Environment, with forest researchers Frank Berninger and Nea Kuusinen.

Mari Keski-Korsu is collecting all her research and findings in do-it-yourself climate manipulation on her Albedo Dreams website. 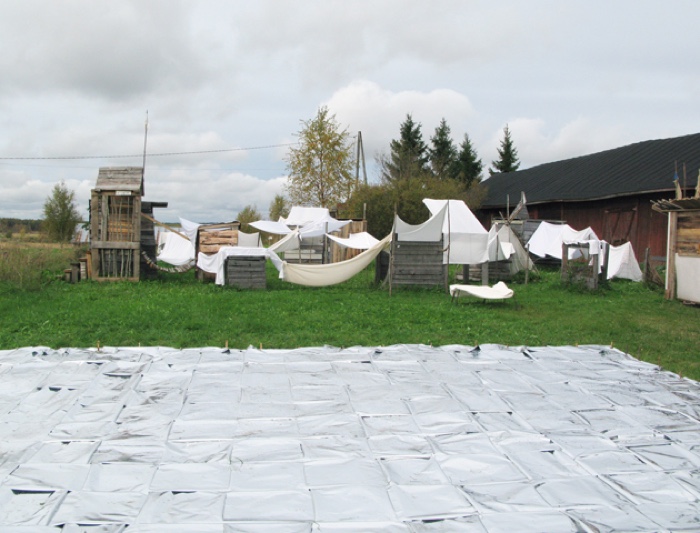 Albedo hut village after a children workshop at the Children Cultural Centre Lastu in Lapinlahti, Finland, 2013 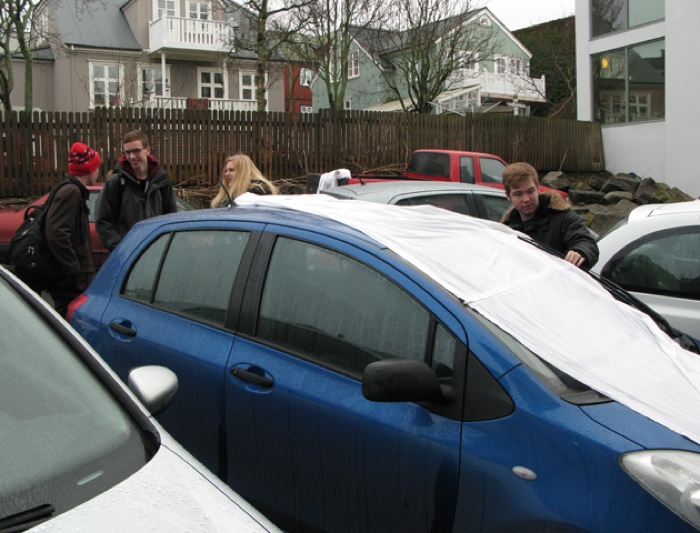 The Albedo Logger video was screened at the HYBRID MATTERs exhibition at Forum Box in Helsinki. The show was part of the HYBRID MATTERs Nordic art&science network program which investigates the convergence of our environment with technology and essentially the intentional and unintentional transformation of our planet through human activity. The program took the form of a series of researches, encounters, art commissions, exhibitions and a symposium. I got the chance to attend the symposium and to visit the final exhibition. More episodes about the whole event coming soon!

Previously: HYBRID MATTERs: The urks lurking beneath our feet and The Christmas tree, your typical postnatural organism.