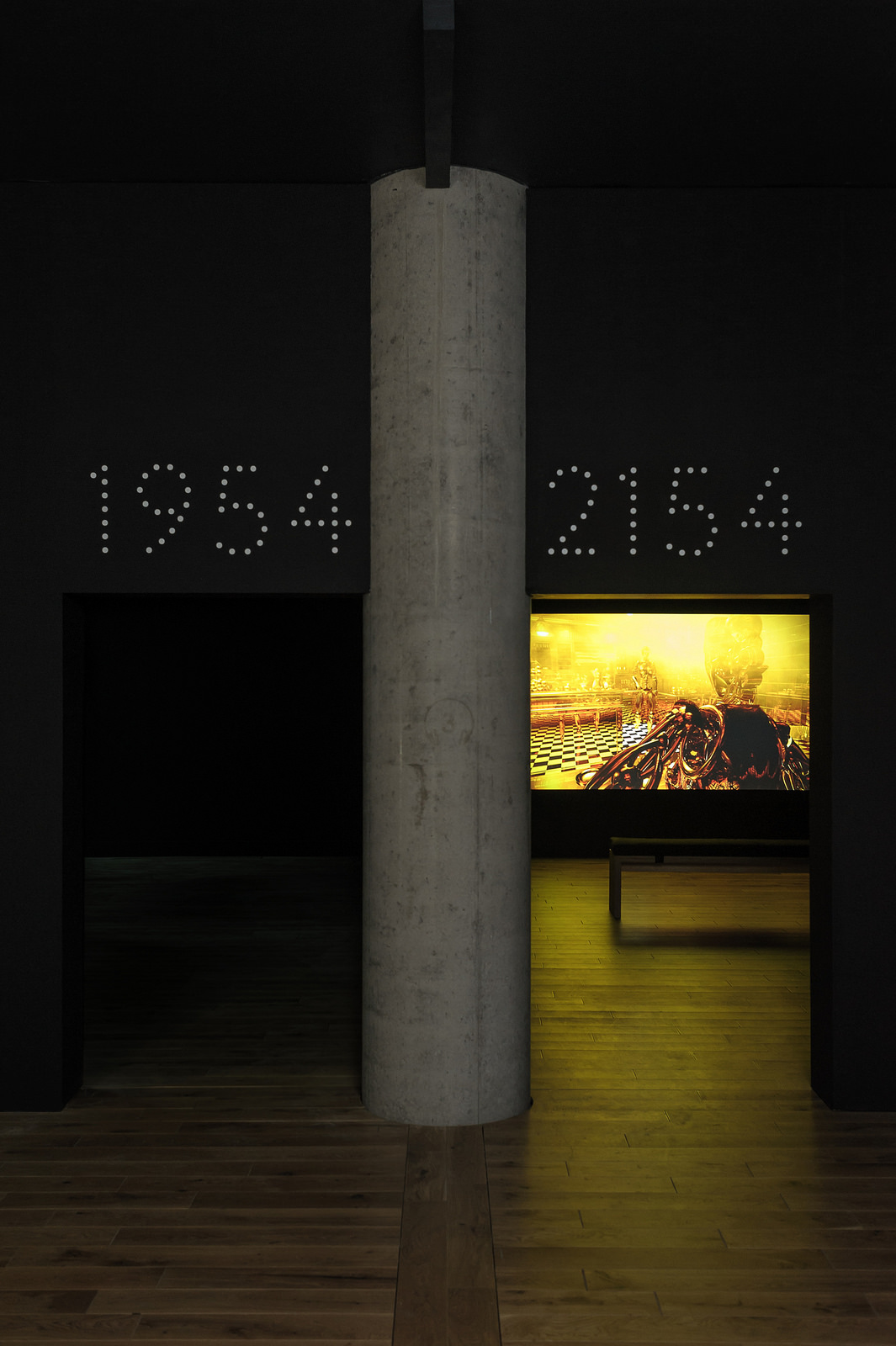 HOME in Manchester have recently opened a solo show by filmmakers and artists AL and AL. Called Incidents of Travel in the Multiverse, the exhibition brings side by side poetry and suspense, art and physics, children book and video art, Greek mythology and Einstein’s theory of general relativity, music by Philip Glass and Tarot cards, spirituality and human cloning. But in a form that is fortunately far more digestible than my introduction would suggest…

I discovered AL and AL‘s work in 2012. When cultural center HOME in Manchester was still located on Oxford Road and called Cornerhouse. The center had launched a call to commission an experimental short film on the occasion of the centenary of Alan Turing’s birth. AL and AL won the competition and produced a spectacularly intelligent and poignant film called The Creator. The 40-minute work hovers between past and future, imagining Turing’s final days and introducing us to the thinking machines of the future who journey through time to meet the man who is at the origin of artificial intelligence. 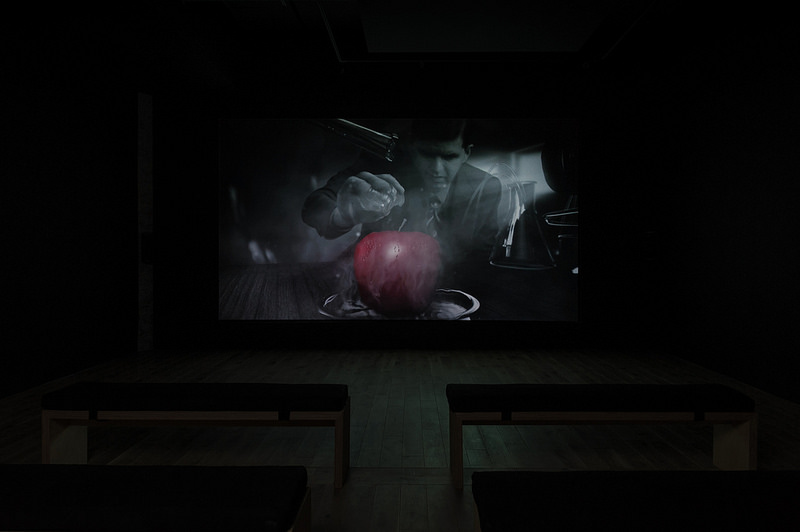 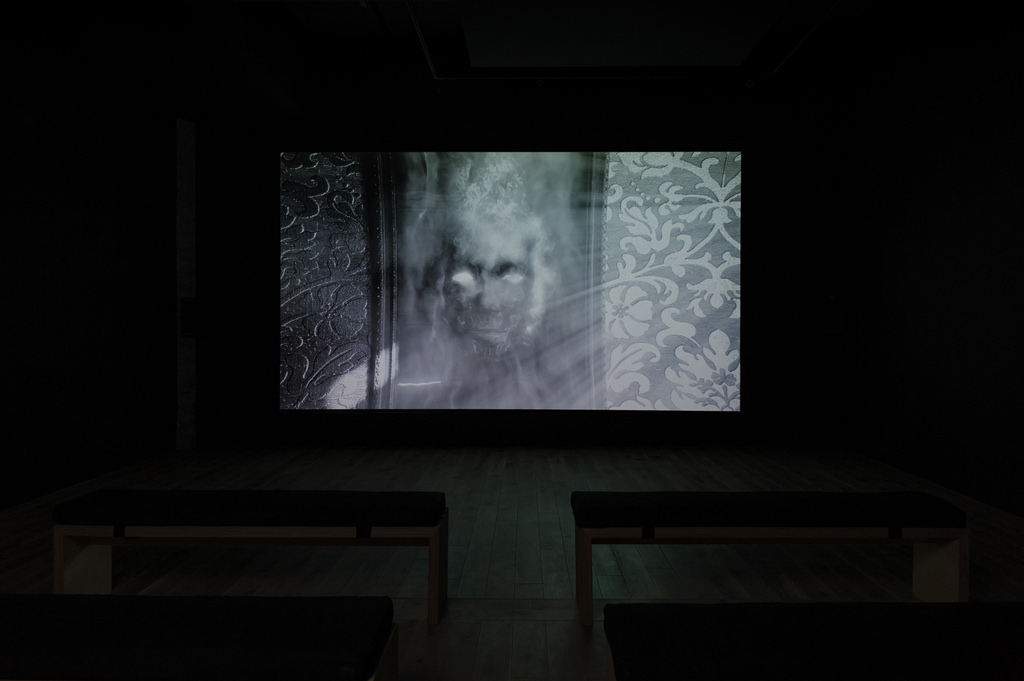 AL and AL, The Creator

The film depicts Turing as the exceptional mind we already know but also as a tragic figure who was convicted with gross indecency for being homosexual and forced to undergo hormonal treatment designed to reduce libido.

AL and AL’s film was inspired by Turing’s life and works, and in particular by the distress that followed the loss of the first love of his life, fellow pupil Christopher Morcom who died in February 1930.

Griefstricken, Turing started sending letters to Morcom’s mother. In one of these, he wrote> Personally, I believe that spirit is really eternally connected with matter but certainly not by the same kind of body. The sentence inspired the artists to imagine that one of the reasons why Turing was so intent on creating thinking machines was that they could be inhabited by the spirit of Christopher and would thus help him reconnect with the friend he had lost.

The artists believe that some of the greatest scientific achievements come into existence because of a personal story. During the private view of the show, the artists explained how real human stories affect and shape scientific research by giving the example of John Archibald Wheeler. While working on the Manhattan project, the physicist received a postcard from his brother, Joe, who was fighting in the front lines back in the Second World War. The postcard just read: “Hurry up.” Wheeler then sped up his work so that the nuclear fission experiments could also be used to end the Second World War, and thus bring his brother safely back home.

Turing is one of three key scientists whose work is featured in AL and AL’s Manchester exhibition. The first story travels to the edge of a black hole to explore Einstein’s general theory of relativity. The second chapter is the one dedicated to Alan Turing and the thinking machines. The last chapter is inspired by molecular biologist Francis Crick and takes us across the universe to find the origins of life and a cure for death.

ICARUS: At the Edge of Time – Official Trailer 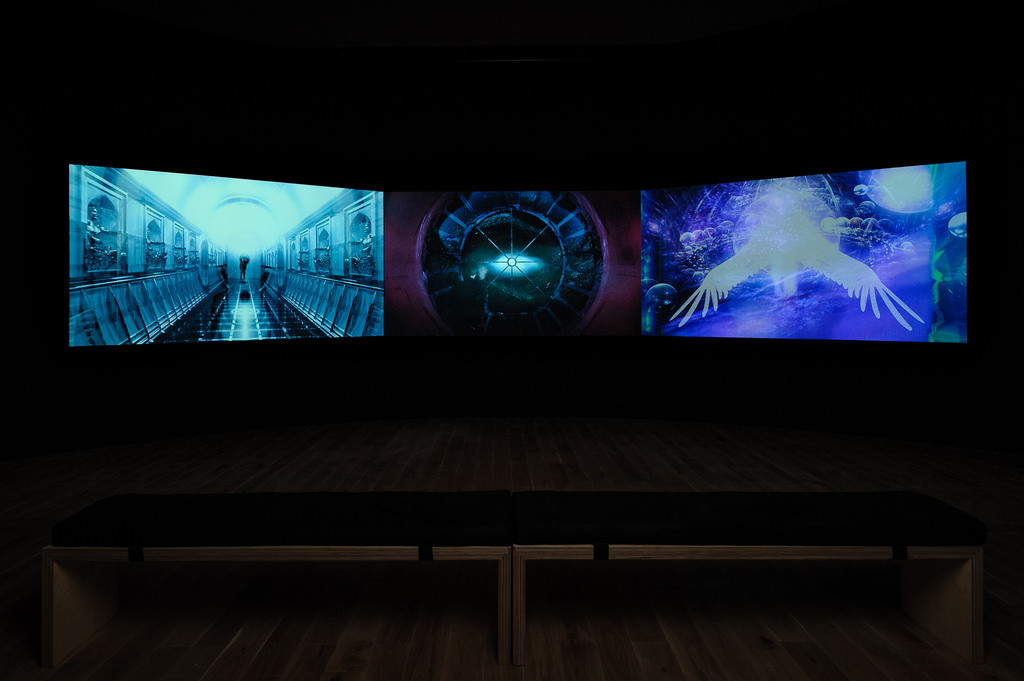 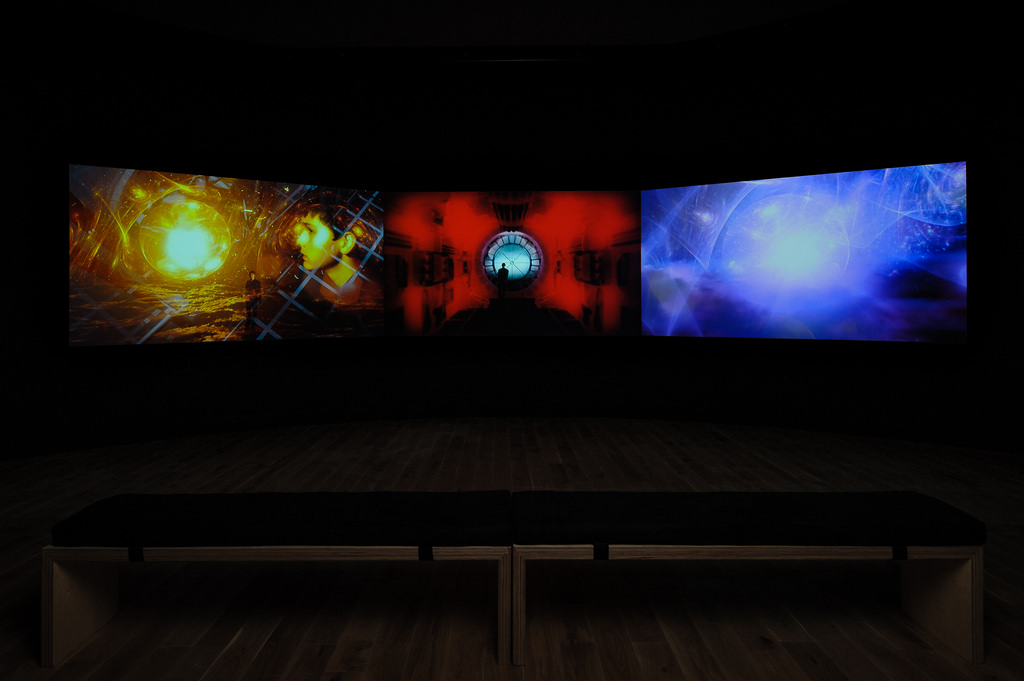 Icarus at the Edge of Time is the first film made for the trilogy. The story is a kind of space opera based upon a children’s book written by physicist Professor Brian Greene who, in 2008, updated the Greek mythological story of Icarus to explain Einstein’s theory of relativity to his 5 year old son. The story transforms the mythological Icarus into a boy who defies his father, builds a spaceship and leaves planet Earth to make the first interstellar journey. Curiosity drives the boy to a passing black hole where he quickly forgets that general relativity predicts that the massive gravitational fields slow down time drastically for anyone or anything that finds themselves at the edge of the black hole. Because of this time dilation, young Icarus has thus been projected into what constitutes ‘the future’ for people on Earth. When the boy finally returns to the mother ship, he discovers that 10,000 Earth years have elapsed, he learns that all his friends and family have long died and that he has become a mythical figure, just like the classical Icarus.

Icarus at the Edge of Time takes the form of a three channel video triptych in the gallery, and of a live concert hall performance which took place at the Royal Northern College of Music on the 6th of February, with visuals by AL and AL, score by Philip Glass, and music from the BBC Philharmonic. Green himself flew in to narrate the story in front of the audience. 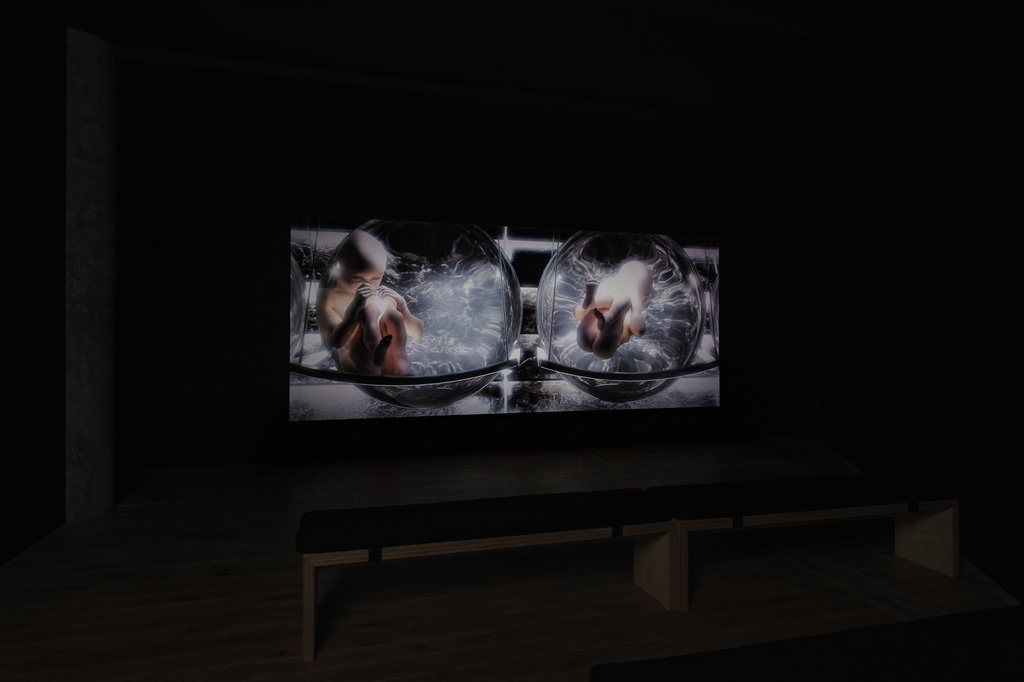 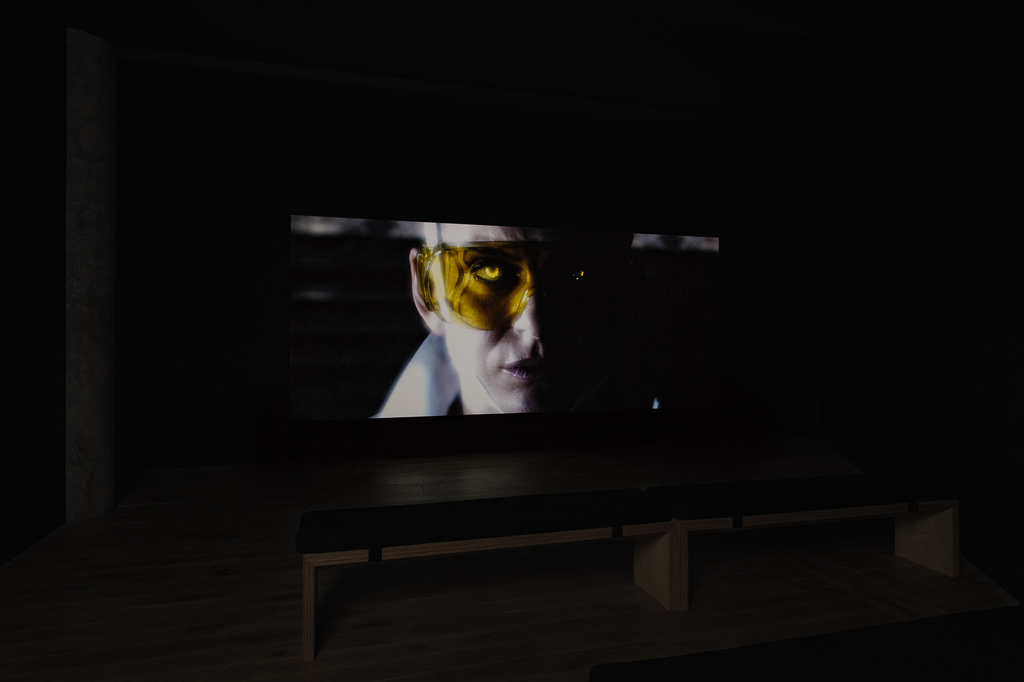 The third journey, The Demiurge, commissioned by the Wellcome Trust and receiving its world premiere at HOME, was inspired by Francis Crick’s panspermia speculation, a rather weird hypothesis to explain the origins of life on Earth. The theory suggests that life may have been distributed by an advanced extraterrestrial civilization in the form of DNA encapsulated within small grains.

The work is also feeding on discussions that the artists had with Bart Hoogenboom, the nanobiophysicist who created the world’s first ‘real’ images of DNA using the Braille-like technique of a super powerful atomic force microscope. AL and AL explores the origin and destiny of DNA (and thus of life itself) through the tale of a scientist mourning the loss of the woman he loves. Accompanied by a crew of genetically modified clones, the scientist travels across the universe searching for a way to bring his dead wife back to life.

Interestingly, all the roles in the film are played by only one actress. Sophie Linfield portrays more than a dozen different roles, often playing against or in dialogue with another of her many selves. She played in front of a blue screen, and had no props, no set, nor fellow actor to engage with. 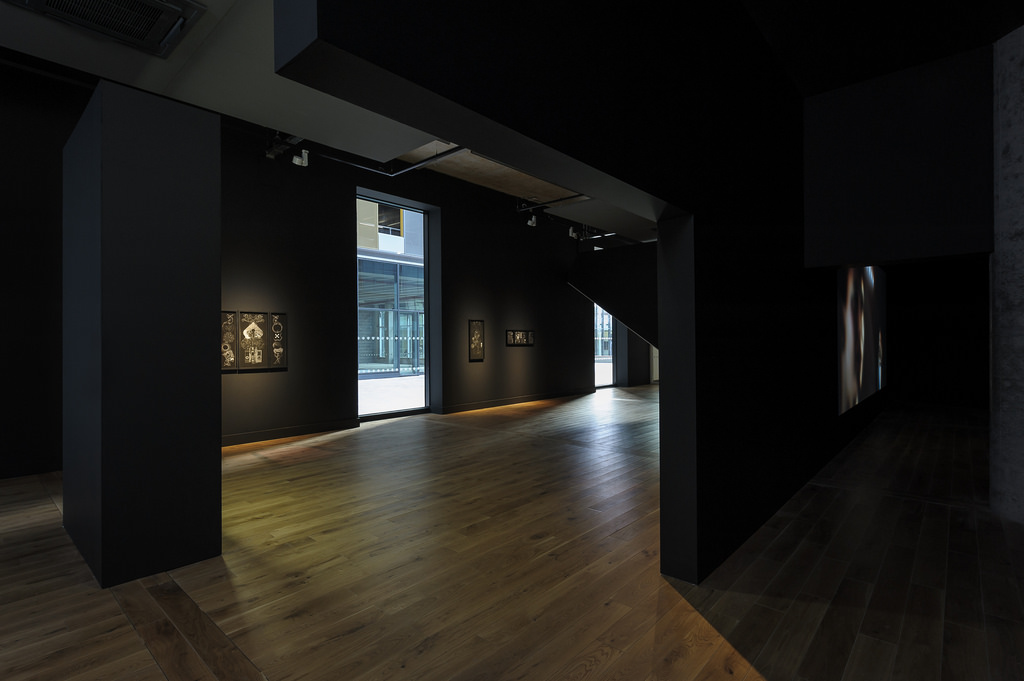 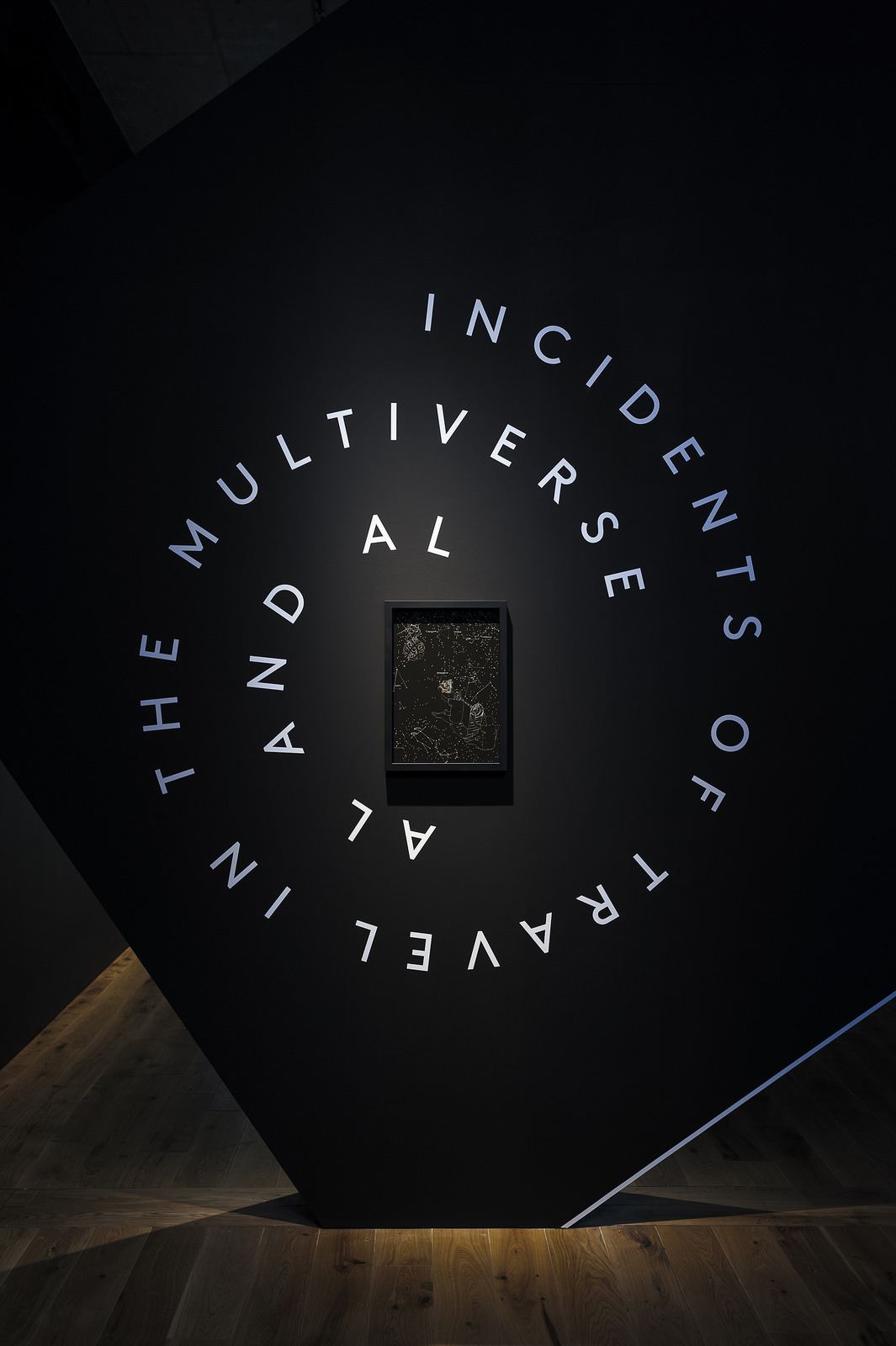 The exhibition walls of HOME are part and parcel of these extraordinary journeys through space and time. The walls are painted jet black and as you enter the show, the screens, light works and drawings look like distant stars. It feels a bit like a planetarium. I found the delicate drawings particularly stunning. They were etched in white on black music paper, the same paper especially printed for American composer Philip Glass to make his notations. Made over the last five years, the drawings worked both as planning-and-development support while preparing the films and as artworks in their own right.
​
As for the light works, they embody perfectly the coexistence between concepts and ideas that, elsewhere, would seem to be completely antithetical and contradictory: objectivity and emotions, logic and irrationality, etc. At the entrance, a high neon sign spells “I Love You” in binary code… 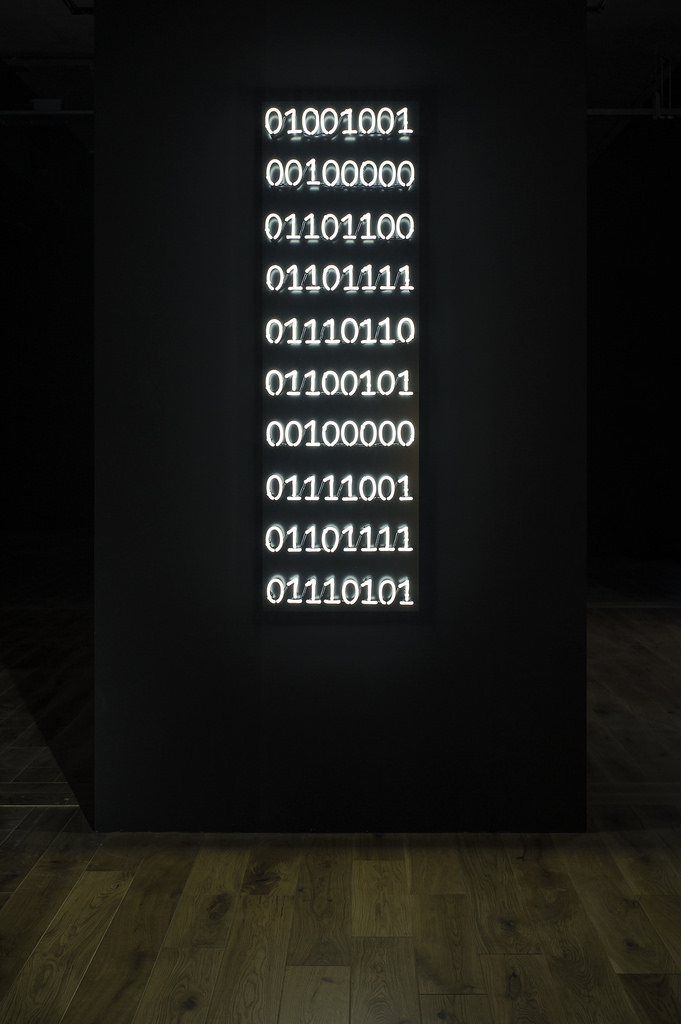 A few meters further, another neon reproduces an equation related to time dilation: 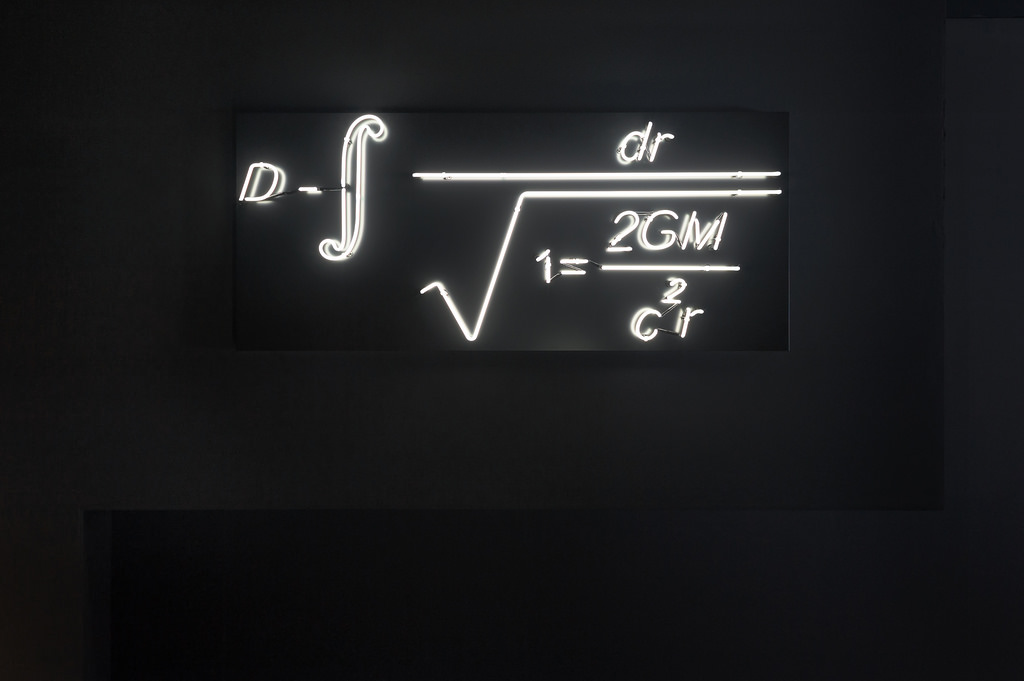 AL and AL. What Time Is It?, Incidents of Travel in the Multiverse. Installation view. Photo credit Simon Liddiard. Image courtesy HOME

Incidents of Travel in the Multiverse investigates in the most subtle and poetical way the fascinating, life-transforming but also the dark sides of technology. It is one of those rare exhibitions that push me out of my comfort zone, and thus make my life as a blogger so interesting. One moment i was sitting down, watching the film, being moved by the stories and sharing feelings with characters whose struggles had nothing to do with mine. Next i was furiously texting my boyfriend, sending him blurry screenshots of the screen and exchanging facts about black holes and DNA imagery with him.

If you’re lucky enough to live in Manchester (which in my book is the coolest city in Europe), do take advantage of the free entrance and enjoy the show bit by bit. One film at a time. I wish i had stayed another day in town to fully enjoy each film.

The exhibition launches AL and AL’s new book, Incidents of Travel in the Multiverse, a travelogue in the artist’s words and images, featuring essays on the Multiverse by Professor Brian Greene, graphic novelist Grant Morrison as well as author and mythographer Marina Warner. Designed by Dan Streat. The publication is available from Cornerhouse Publications online shop.

Incidents of Travel in the Multiverse is at HOME in Manchester until Sun 10 April 2016.