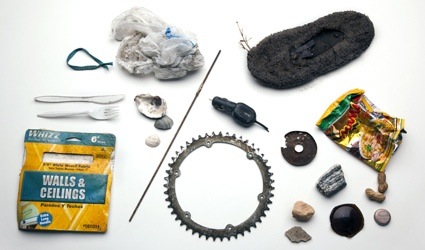 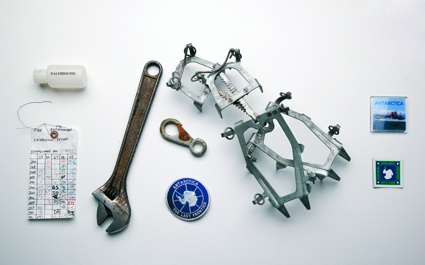 There’s nothing remarkable about a can of tuna, an empty packet of candies, a plastic toy bird, or a battered video tape of a Queen concert. But stories and issues that affect us all can hide behind the most mundane objects.

These items and many others are part of A People’s Archive of Sinking and Melting, a growing collection of objects “from places that may disappear owing to the combined physical, political, and economic impacts of climate change.” Each time the project is exhibited in a new city, artist Amy Balkin calls for local people to contribute to the archive and donate items which constitute an evidence of rising sea level, coastal erosion, desertification and extreme weather getting more extreme. Each object is then catalogued and archived as if it were a rare historical artifact, because one day it may well be.

The materials in the archive mark the asymmetry of present or anticipated loss, standing in as proxies for the contributors’ recognition of the geopolitical production (or spatial politics) of precarity and slow-onset dispossession. Together, the contributions form one material record among many; a collection of community-gathered evidence, a public record, a midden.

So far, the collection includes objects from the antarctic, items rescued from the floods caused by Superstorm Sandy, water from Venice, etc. And i’m looking forward to seeing what Dubliners will contribute to the project as the archive is now on view (and open for submissions) at the Science Gallery. In the meantime, i’ve contacted
Amy Balkin to learn more about the work: 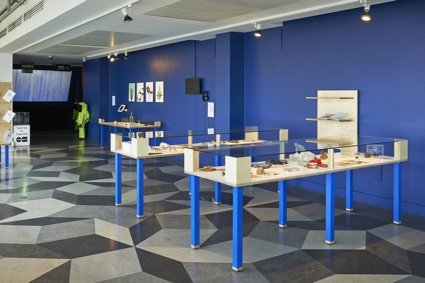 Hi Amy! The items collected come from places that may disappear owing to the impact of climate change. So how does Dublin fits into this? Are the effects of climate change already visible in the city and more generally in the country?

I hope your questions will be answered by people living in Dublin and across Ireland and its outlying islands, whose contributions to the archive, whether related to predicted increases in coastal flooding events along the East Coast, or other experienced or forecast climate impacts, will form a new Ireland Collection.

What kind of items have people in Dublin added to the archive so far?

What were the most unexpected items that have been contributed to the archive so far?

It’s hard to say, as each contribution is complicated by the circumstances and context of it’s submission. Your readers can view the entire archive at sinkingandmelting.tumblr.com and decide for themselves. 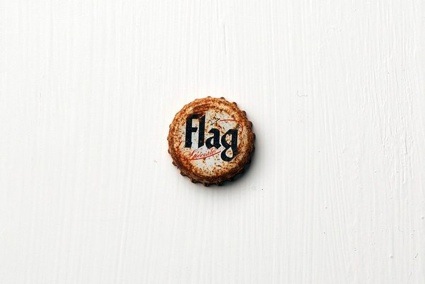 A bottle cap found on a beach outside of Dakar, Sénégal. Submitted by Matt Swagler. (Photo courtesy of A People’s Archive of Sinking and Melting) 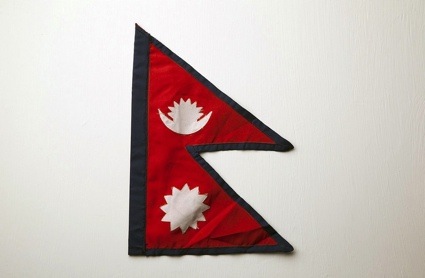 And which ones would you say are the the most representative of the climate change crisis?

Items contributed from places where people’s ability to remain is difficult or becoming untenable, such those in the Kivalina (Alaska, USA) Collection.

The description of the project says that “Through common but differentiated collections, contributed materials form an archive of the future anterior; what will have been.” Could you elaborate on this? Explain in more details what the ‘future anterior’ means?

The phrase “common but differentiated” is taken from Article 3 of the United Nations Framework Convention on Climate Change, which states “The Parties [which have ratified the convention] should protect the climate system for the benefit of present and future generations of humankind, on the basis of equity and in accordance with their common but differentiated responsibilities and respective capabilities.

In A People’s Archive of Sinking and Melting, all contributions together form a ‘common’ archive, a coalition of items from radically varied situations. These are ‘differentiated’ based on the UNFCCC Party status/commitment category of the country each was contributed from, which is included on the museum label (Annex I, II, B, Non-Annex, No Status) for each item in the archive .

In the context of the archive the language of “common but differentiated” is taken to situate the archive against the inequity of present climate politics, including the UNFCCC treaty process, which as it politically constructs the atmosphere, influences the habitability of locations represented by objects in the archive, influencing the meaning of the archive, the individual items within it, and the lives of the archive’s contributors.

The future anterior, which describes “what will have been,” is a position the archive asks its contributors, audience, and users to take. I understand this as a political task demanding insight and the willingness to confront uncertainty and loss. 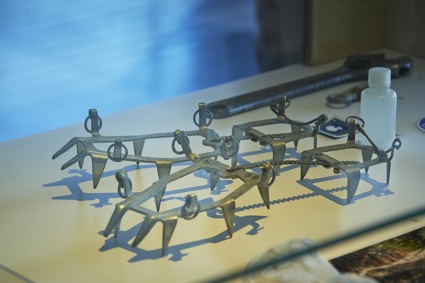 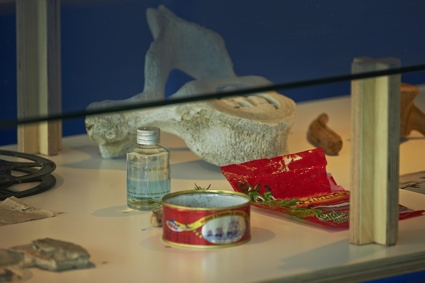 I think what strikes me the most about A People’s Archives is how tangible it makes the issue of climate change feel. When i discovered the project at the Science Gallery, i suddenly visualized how much part of daily life it has become, even if we don’t necessarily realize it yet. The fact that you left the archive in the hands of everyone played a big role in this feeling. But do you ‘curate’ the collection? Or do you accept anything people give?

One framing idea of the archive is that it is not ‘curated,’ and is always presented in its entirety, whether all the contributions are exhibited, as they are in Dublin, or available as a research tool in archived collections, as it was at the Prelinger Library earlier this year.

As of August 2014 the archive contains roughly 100 items, none of which weighs more than 1kg, so presenting all the contributions hasn’t created any logistical problems. If the archive gets much larger, there may be a need to do things differently.

Everything contributed to date has been accepted, other than two items offered that misunderstood the parameters of the archive. More complicated is the question of including items contributed after specific weather events, such as materials sent from Germany after the 2013 European Floods or from New York and Cuba after Superstorm Sandy, or materials offered from places that are at risk but will have significant adaptation infrastructure built, like Venice, Italy, which is getting a $7 billion flood-protection system. 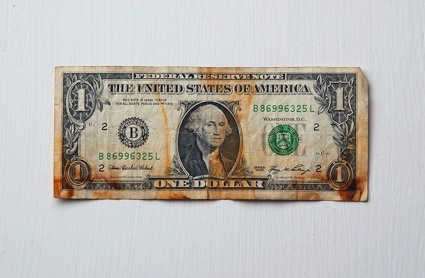 A dollar bill found floating in the basement of the offices of Smack Mellon, a Brooklyn arts organization, after flooding due to Superstorm Sandy. Submitted by Adriane Colburn. (Photo courtesy of A People’s Archive of Sinking and Melting )

Where will the objects go after the Dublin show? Because the project has been exhibited in several countries so far so i suspect that the collection is getting quite voluminous by now.

The archive will go to New York next for the exhibition Lenin: Icebreaker, which opens at the Austrian Cultural Forum in December. I’m currently working with Olga Kopenkina to solicit contribution from across Russia, with particular attention to the northern autonomous okrugs (administrative divisions) and Murmansk Oblast.

If your readers want to contribute to A People’s Archive of Sinking and Melting, from Ireland, Russia, or anywhere else, how to submit is www.sinkingandmelting.org

Strange Weather: Forecasts from the future was curated by artists Zack Denfeld, Cat Kramer from CoClimate and meteorologist Gerald Fleming. The show is open at the Science Gallery in Dublin until 5 October 2014.
Previously: Strange Weather: into the clouds and The Tornado diverting machine.